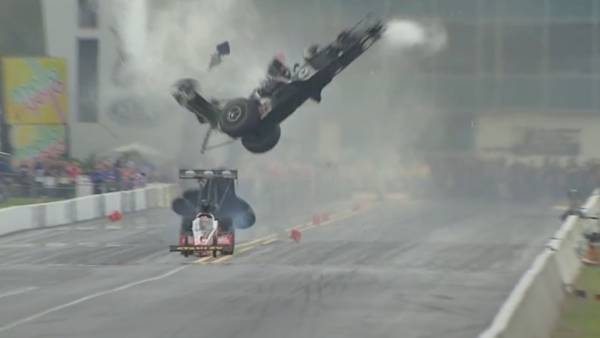 When you drive a vehicle that can cover almost two football pitches every second, you can not afford to have a crash. Unfortunately, for three-times National Hot Rod Association (NHRA) champion Larry Dixon, his multi-thousand horsepower drag machine, flew into thin air at 280 mph (450 km/h). Travelling at almost 40% the speed of sound, the dragster’s front half snapped off and thrusted the rear portion 20 feet into the air, with Dixon strapped in his seat. 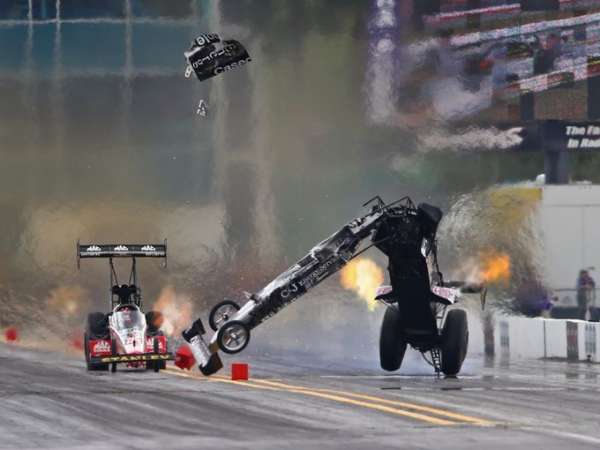 The moment when the dragster snapped into two.

Dixon suffered a similar accident 15 years back, in 2000. That one was far more intense and Dixon had to be air-lifted to an hospital for a broken leg and an eye injury. The reason behind his injuries was due to the lack of a Head and Neck Support device (HANS), something he immediately started using post that crash in 2000. That decision came as a blessing and prevented Dixon from suffering any major injury. All he had were some minor stuff such as a knee and upper back pain, astonishing, considering the fact that he was flung into the air and landed back onto the track. All of this happened within a few seconds and at 280 mph! 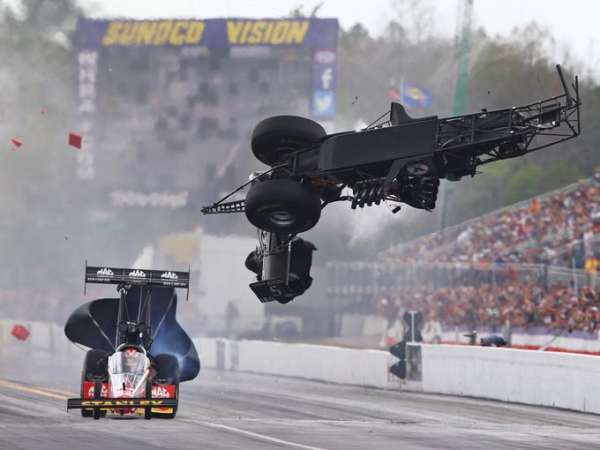 The flying debris is clearly visible, so is the sheared portion of his Top Fuel dragster.

Dixon’s competitor, Doug Kalitta, was lucky enough to miss the former’s flying dragster and the debris being thrown. Kalitta and his Top Fuel dragster came out completely unharmed. However, due to the wide debris field and the accident itself, further races were halted for 47 minutes. Watch in utter disbelief as things go from bad to worse, before you can blink twice. Write to us in the comments section and give us your opinion about these amazing, yet dangerous racing machines. And we are not gonna ask you to skip to anywhere on this one, watch every second of it with your eyes wide open!