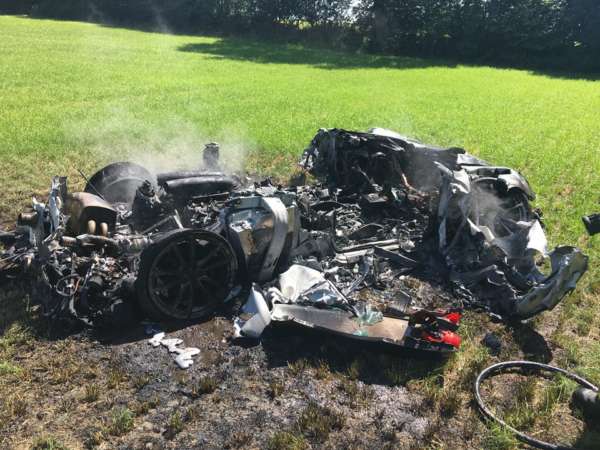 The images you see on your screen is not of an everyday car but rather a recently purchased exotic. The model, a Ferrari F430 Scuderia, was reduced to ashes after a mishap that occurred near Sheffield, U.K. On 26th July, the driver of the Italian sportscar lost control of the vehicle in wet conditions before it slid down the carriageway and caught fire. 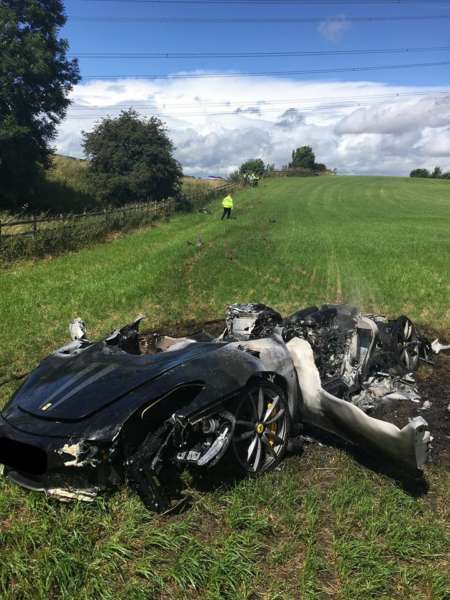 A social media handle of the South Yorkshire Police department, under whose jurisdiction the incident occurred, said that the owner had taken delivery of the black supercar barely an hour before the crash took place. The vehicle, which was burnt beyond recognition, is definitely a total loss.