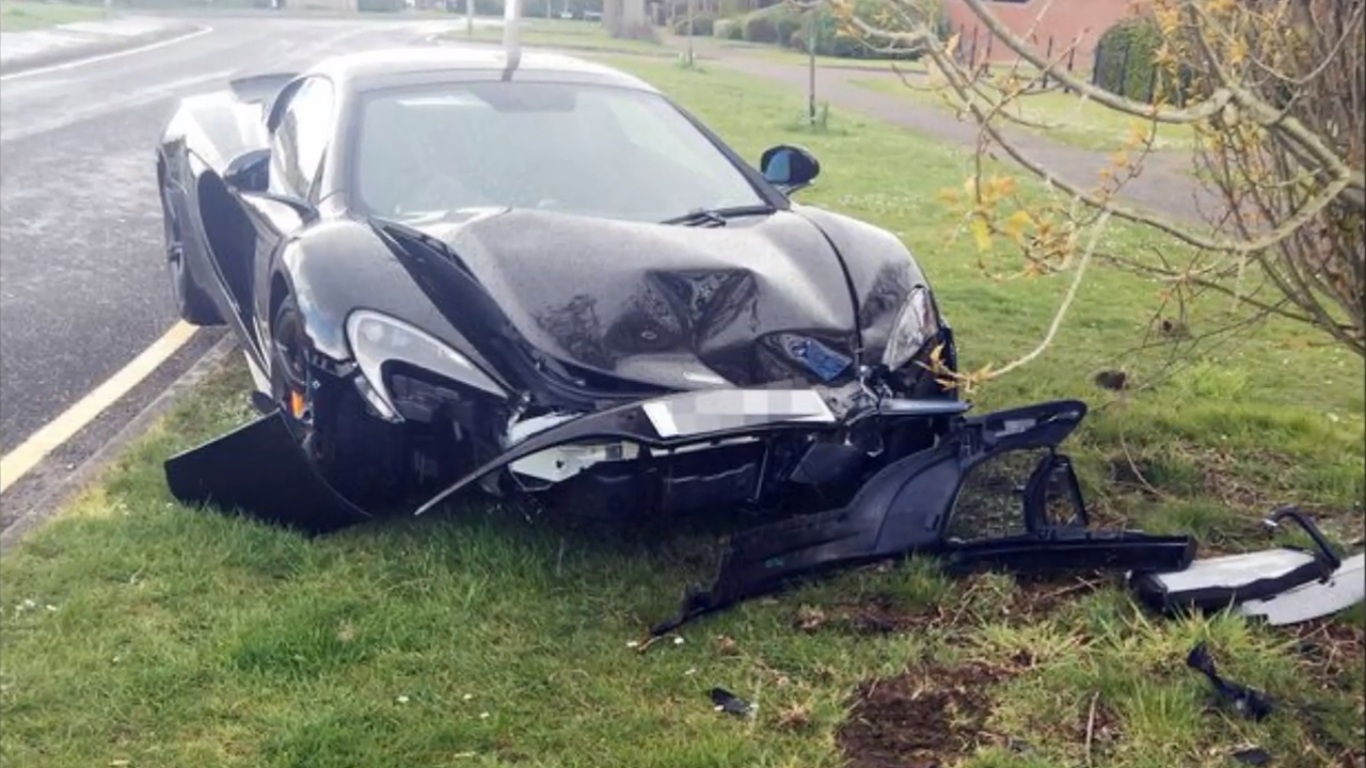 For those of you who believe that deep pockets are enough to maintain exotic cars such as Lamborghini’s Ferrari’s and Porsche’s of the world, take it from us, you’re wrong. Have all the wealth of the world but you would still need the sense on how to drive these vehicles and where to test them to their limits or rather in the following case, where not to.

Take the case of this guy who recently took the delivery of his brand new McLaren 650S. The astonishing fact being that this unlucky owner crashed his super-car just minutes into its ownership. The vehicle, that comes with a price tag of $ 265,500 (approximately INR 1.77 crore without taxes and duties), crashed into a tree barely 10 minutes after the driver celebrated the delivery of the McLaren with champagne. 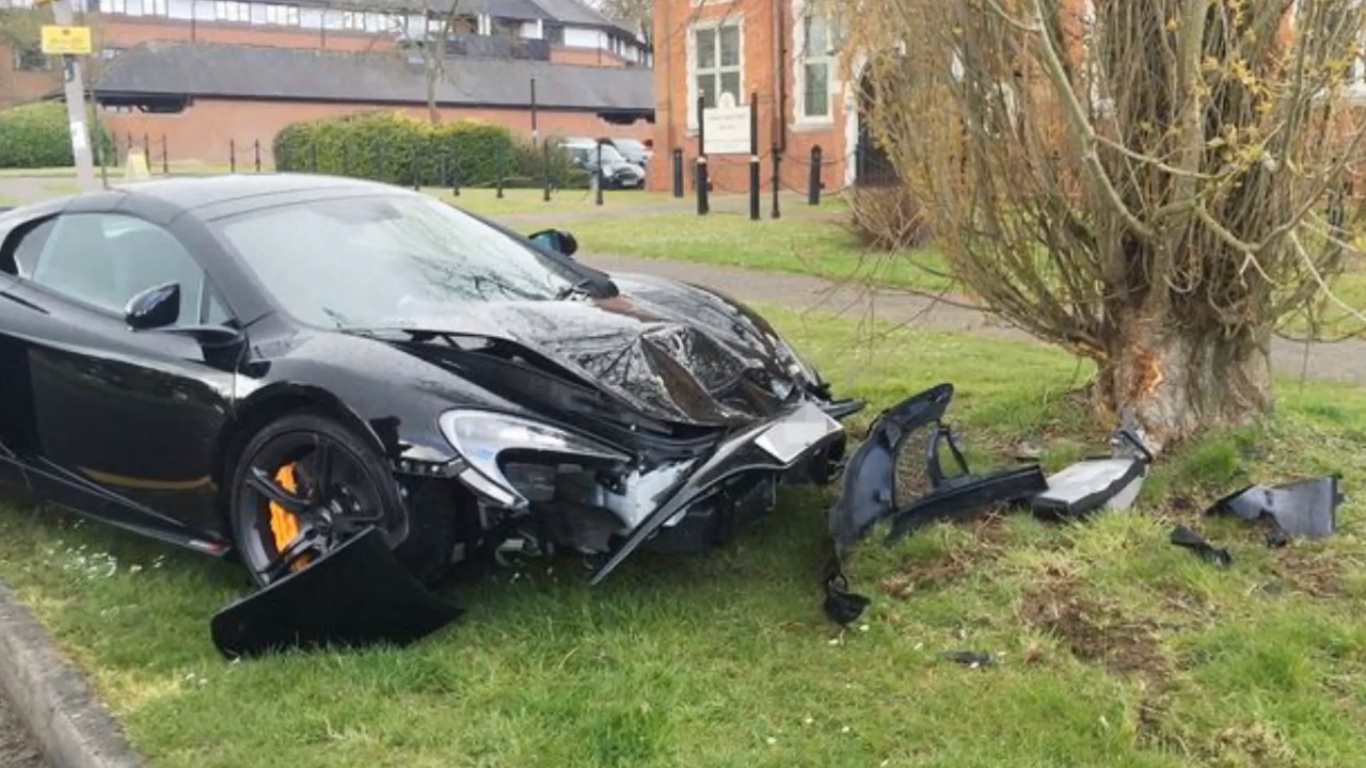 Reports suggest that the incident, which took place in Essex, England, saw the exotic ram head on into the tree with the front fascia taking most of the impact. Reports further went on to suggest that the posterior of the vehicle was damaged due to a sign post. No one was said to have been injured in the crash although local police have asked witnesses to come ahead and divulge any information they have.

Also read: BMW i8 crashes into cement mixer in California; gets totalled but leaves occupants safe