Replacing the current 5-seater model, the Volkswagen Tiguan Allspace 7-seater SUV will be introduced in India on the 6th of March, 2020. Where the Tiguan was only available with a 2.0-litre diesel engine until now, tables will turn and the new 7-seater Allspace will only be offered with a 2.0-litre TSI petrol engine, paired with a 7-speed dual-clutch automatic gearbox.

The Allspace is longer than the Tiguan in terms of dimensions, although, it isn’t very different from the 5-seater in terms of visual appearance. It will be brought into the country via the CBU route and that should translate into high levels of quality, however, for that very reason, prices could start near the INR 35 lakh mark. With its 3rd row of seats, the Tiguan Allspace will be up against the likes of the Ford Endeavour, the Skoda Kodiaq and the Toyota Fortuner. 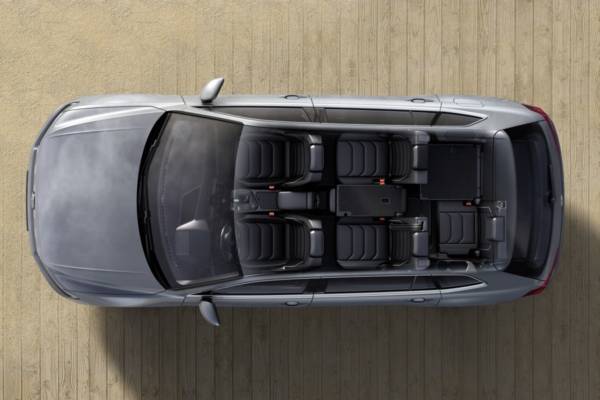 Powering this new VW is a 2.0-litre TSI petrol motor which cranks out 190 Hp, compared to 143 Hp of the 2.0-litre diesel which powers the Tiguan with 5 seats. The motor will be paired with a 7-speed DSG which will send power to all four wheels through VW’s 4Motion system with terrain modes. Inside, the Allspace will carry top-spec equipment with things like a panoramic sunroof, 3-zone climate control, a digital instrument cluster, a large infotainment screen and Vienna leather seats. The Allspace will also come fitted with 7 airbags, ABS and ESC and LED illumination for external lights. Bookings are now open and we’ll bring you more details from the launch event. 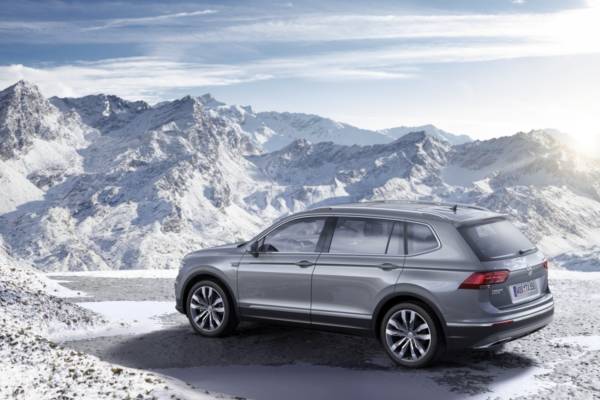 After the Allspace, on the 18th of March, VW will also introduce the T-ROC compact SUV, which like the 7-seater, will also take the CBU route to India. It will also be offered with a petrol engine only – a 1.5-litre TSI motor, good for 150 Hp and 250 Nm. The engine will be paired with a 7-speed dual-clutch transmission and upon introduction, the T-ROC is expected to ask INR 20 lakh+ (Ex-showroom).