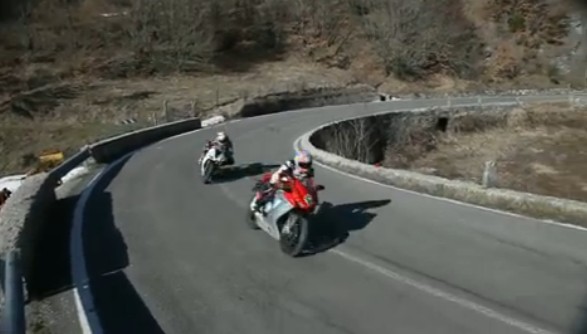 MCN, known to be one of the world’s most authoritative motorcycle publications, have pitted two unique bikes head to head in their latest shootout. The Italian MV Agusta F3, with all its tech wizardry like traction conrol, electronic engine braking and slipper clutch, goes against a relatively simpler British three-pot machine. The Daytona 675 may not have the electronic aids featuring on the MV, but it boasts Ohlins suspension, some grippy rubber and carbon fiber body parts.

So which of the two wins? More importantly, even when you have seen the video, knowing the winner, which one of the two would you rather buy? Do let us know!