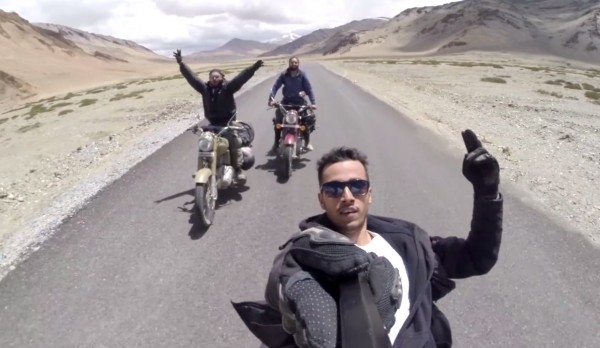 The Go Pro has ushered in an extra dimension to easy going video-graphy. A group of riders and buddies decided to patch up some Go Pro footage of their recent road-trip through the pristine, yet treacherously mountainous roads from Manali to Leh, all the way to the serene, blue waters of Pangong Lake. Of course, there are like-minded people doing the same thing, but this video is pleasantly refreshing and motivates your lazy bottom to  just go, take your everyday envies, jealousy, selfishness, fears from the modern day rigmarole and dump them somewhere far. Either alone on a “Find Yourself” kind of trip, or with a bunch of buddies, travelling is pure cleansing of the soul. 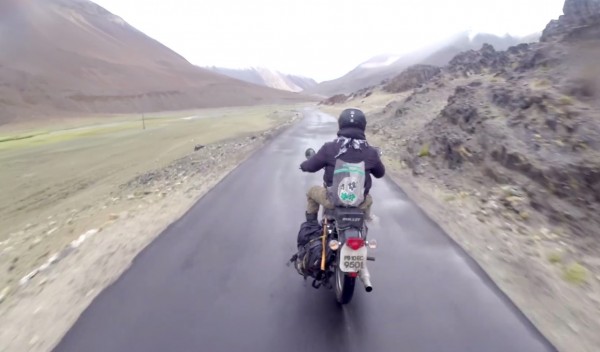 The clip, shared and made by a Motoroids fan, shows a lot of revelry on Bullets (God knows why people like them so much), that apparently is considered to be the ideal steed for such jaunts; apart from clear, blue skies, mountains, lush valleys, snow and intriguing locals which collectively add to the potpourri of romance that travelling is. Of course, the pretty Pangong Lake rounds off things perfectly, and so does Pharrel Williams crooning in the background. We especially like the way it begins, with a camera mounted on a hot air balloon recording some breathtaking footage of the lush valley below, as well as tingling the senses with the majestic, snow capped peaks in the horizon- we don’t think they got the camera back though.

P.S. Some of the footage shows the spirited bunch riding for a brief while without a helmet; we don’t encourage that.