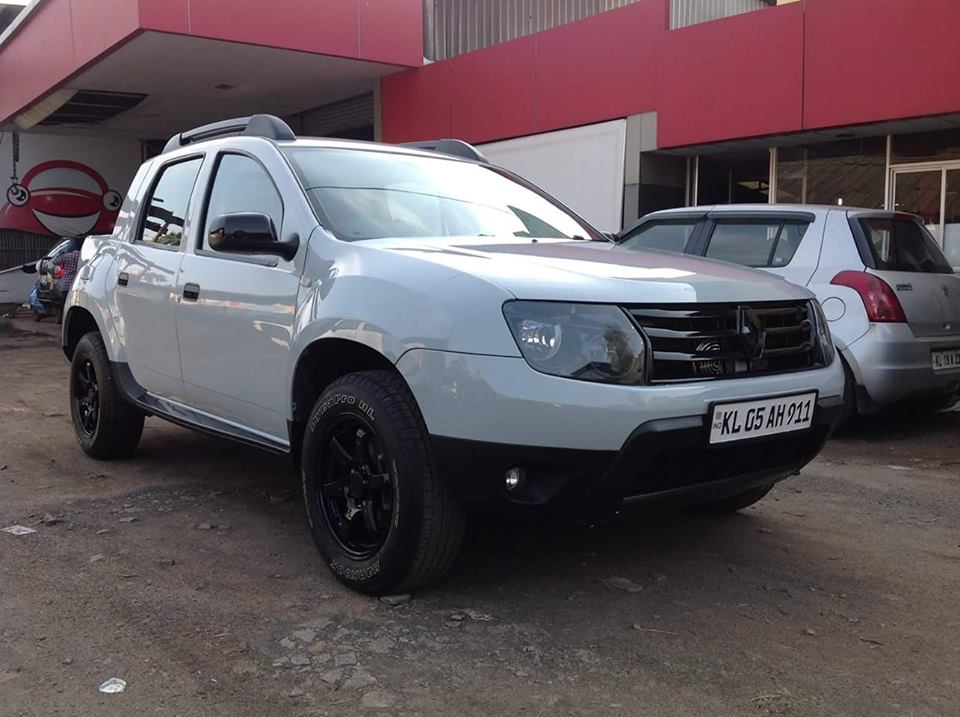 Wait! What? Somebody in India converted a Renault Duster into a pick-up truck, and it looks positively kick-ass. The conversion, probably done by someone from Kerela (judging by the registration) chops off the Duster’s rear end, aft of the doors and till the waist to create a dual cab pick-up. The pick-up bed gets a custom built tonneau cover, while a new rear screen, replete with a demister function goes in as well. 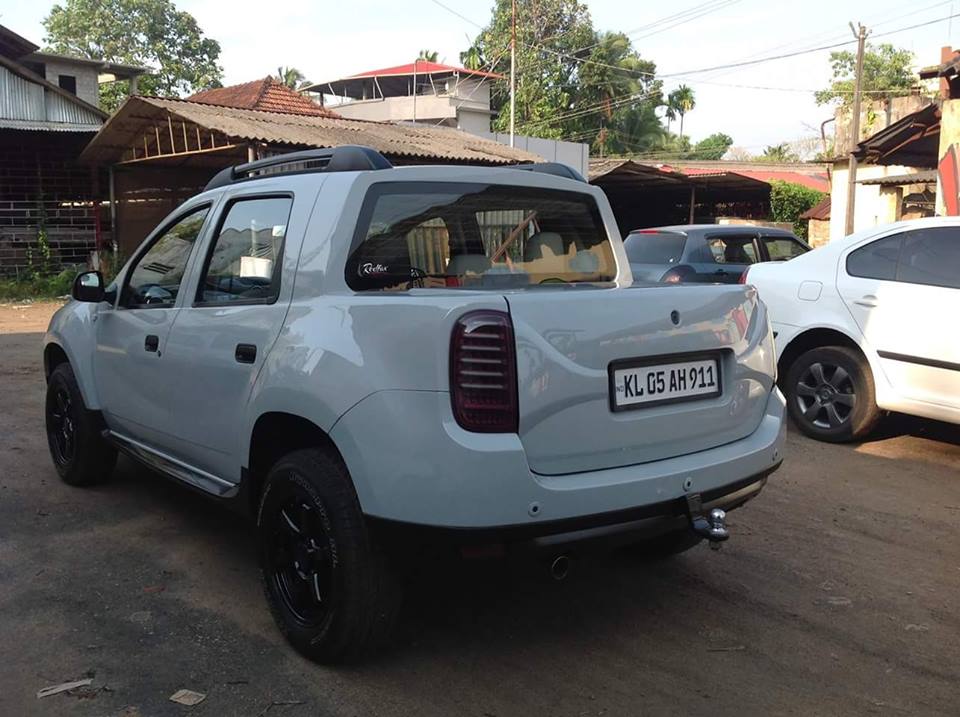 The tail gate has obviously been cut in half, and seems to have been integrated with the new tonneau cover. The rest of the vehicle has been mostly kept stock, apart from a blacked out front grille, after-market, LED tail lamps, a rear tow hook, a blackened logo and blacked out mirror caps. The footwear has been upgraded too, with after-market, blacked out wheels and fatter rubber. The modification appears to be quite neatly done as well, with no rough edges left. 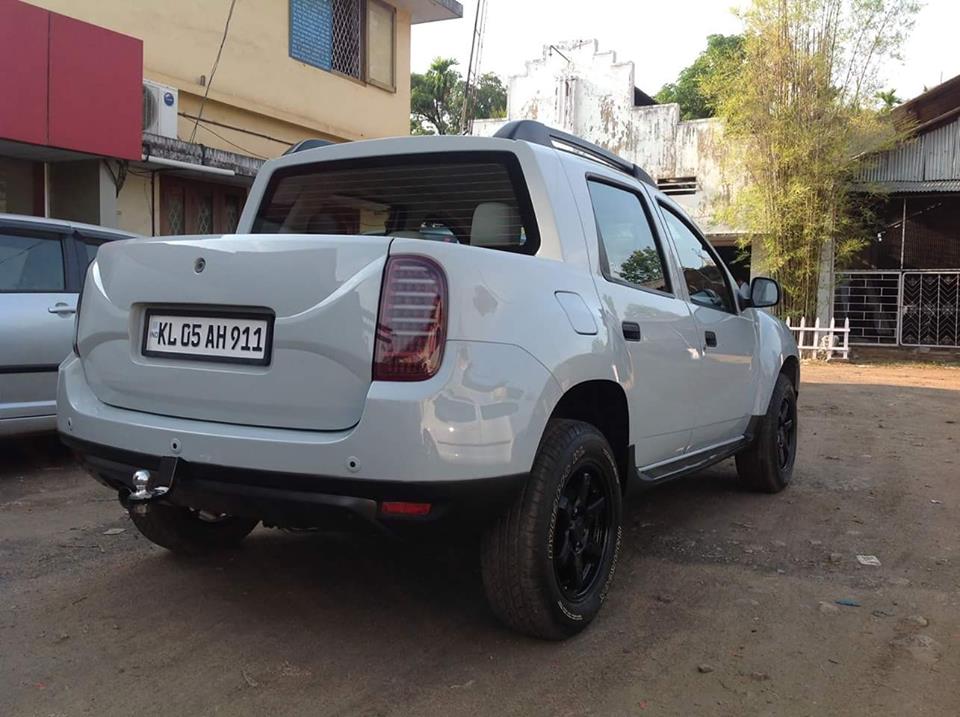 A pick-up version of the Duster is already available in Brazil, where its called the Duster Oroch. Only available with a dual cab configuration, the Oroch is visibly longer than the Duster it is based on. Prices for the Oroch start from R$ 62,290 (approximately INR 10.18 lakh). A Dacia Duster Pick-Up also exists in Romania, built to order by South-Eastern Europe’s largest oil company OMV Petrom. A total of 500 units were created, all of which will cater to the demands of OMV Petrom, who requested an offroading vehicle with a bed, required to reach remote locations.