We meet a two-wheeler-rally-racer dad likely to be idolized by those motorcycle rally/racing aspirants who don’t have an encouraging and financially supporting dad. Read on to know more about the lucky son’s achievements. 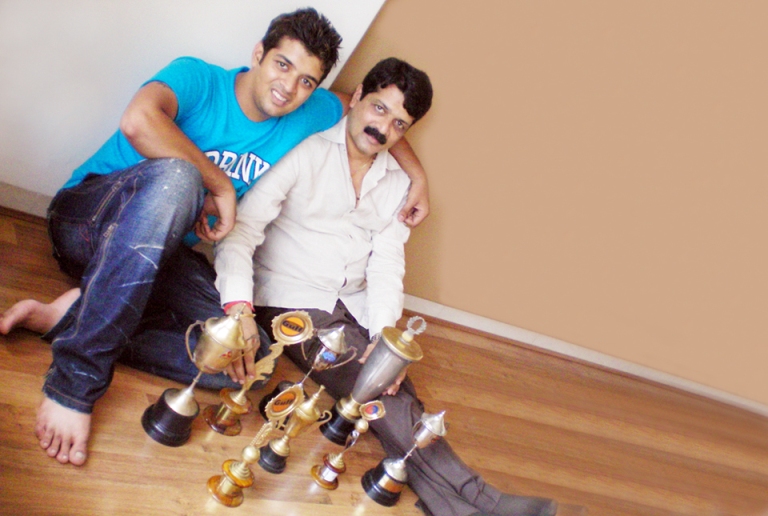 Are you are among the countless number of bike racing enthusiasts in the country whose daydreams regularly revolve around how life would have been different if daddy (read: current sole financial provider) would sponsor your motorsport dreams? Then it would be in your interest to ensure that your dad gets to read this feature about the scooter rallying father-son dou of Shailesh and Nikunj Gala. Mid-way into a free-wheeling chat, the rally-racer dad humbly revealed that in his rallying heydays, he had decided that as a father he would encourage his kid to participate in motorcycle rallies! It would be mighty difficult for a motorsport discouraging dad to read the above line with a straight face.

Shailesh Gala’s childhood was spent taking part in cycle races to quench his thirst for speed. As he grew up he graduated to motorcycle races to satisfy his increased speed cravings. “Shailu” as he is affectionately known in rally circles, got introduced to motorsports in an unconventional way. One day while riding home on his motorcycle, he caught the attention of a couple who used to take part in bike races. The couple complimented his riding style and informed him to take part in bike races.

At 20 years of age and unaware about the bike racing scene, he first went to a few events as a spectator and sought information on how to participate. He then garnished his skills on open grounds and finally took a plunge into bike racing and rallying. He first participated in an autocross event and became a regular at all Juhu aerodome races, dirt track events and hill climb events. Till date he has participated in over 30 bike rallies and around 70 races. During his racing heydays he had won the hill climb events held at Mumbai as well as Pune. While daddy would pursue his motorsport dreams within the budget of his pocket-money, beta has been born with a golden spoon in his mouth! Daddy not only supports junior financially but also utilizes his expertise to help him in his rally exploits.

As a kid Nikunj Gala would accompany his dad to various rally events. He is quick to admit that watching daddy participate in various motorsport events fuelled his dreams of emulating his dad. Gala junior was only sixteen years of age when he took part in his first scooter rally which was a local event. His professional racing career began two years ago and has taken part in eight rally events till date. Since 2007, junior has been taking part in scooter rallies held in Mumbai along with autocross events. In the 2008 Gulf Monsoon scooter rally he was adjudged the Best Mumbai rider. By his own admission he intends to complete his education before jumping into the world of motorsports full time. 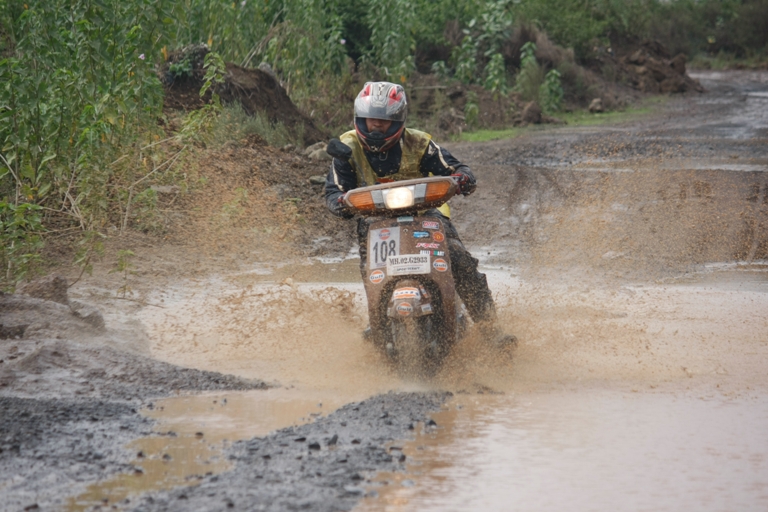 Nikunj hopes that his long cherished dream of sharing podium place with his dad at the Monsoon scooter rally comes true one day. The 20 year old is modest enough to acknowledge that his rally dreams are being realized thanks to a supporting and encouraging father. He proudly recalls the moments when his scooter got stuck on a slush filled stage and dad who had started the rally behind him, came along and guided him out. Gala junior believes in riding skillfully than outright aggressive riding. The chances of having a fall and picking up injuries will be less and he will be able to ride and take part in rallies for a longer duration.

At 47 years of age the rallying bug in Gala senior is still alive and kicking . With no proper bike rallies or races taking place in Mumbai, his rallying is currently limited only to the monsoon scooter rally which is held annually in Navi Mumbai. Gala senior clearly states that that if hill climb races and circuit events return to Mumbai, he will be back to being a regular participant! His passion for rallying is clearly evident when he vows that he will be a participant as long as the scooter rally is held around Mumbai. It is no longer possible for him to take part in out-station rallies as with a family to take care of financially.

This father-son duo belongs to the down-to-earth rally/racers club. For Gala senior, his rally motive has always been to register a finish and enjoy the event irrespective of a win or loss. As a father he always advises junior to concentrate on finishing the rally and not get distracted in the event of any foulplay. Gala senior has advised Nikunj to stick to rallying scooters for the time being and improve his rallying skills before graduating to bike rallying.  For Junior, the motive has evolved to not only enjoying participating in a rally event but also finish on podium.

In today’s day and age every biking aficionado dreams of attaining motorsport glory. Hats off to Shailesh Gala, for religiously treading on the motorsport way while ensuring that junior Gala doesn’t fall short of chasing his rally dreams. It remains to be seen how an average dad (read non-motorsport encouraging father) would react to the prospect of sponsoring their child’s rally/racing dreams after reading this feature!