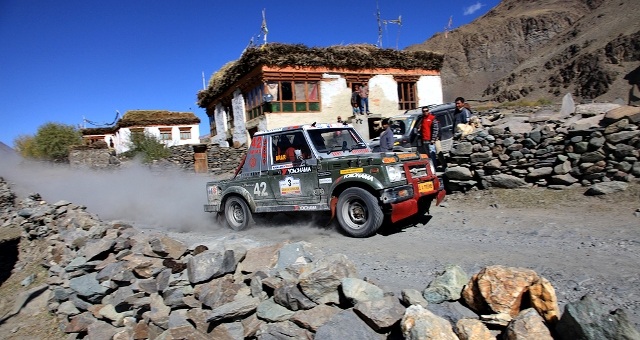 While Rana was waylaid by mechanical failure, Bawa, who was placed second then, went out with rear axle issues. Bawa lost the retainer on the axle, causing his wheel to fly off and away from the road. Hard-charging Major Shakti Bajaj, who was running 4th, too crashed out in the 5th leg when he rolled his Gypsy and burst his head gasket. Both driver and navigator are safe. Sunny Sidhu, on the other hand, had to drop out of the rally after losing an alternator bolt on Stage-3, which eventually depleted his electricals.

The two nights at Rangdum Camp were chilly to say the least. Several cases of extreme cold and nausea were reported at the medical centre of the camp. The minimum temperature at night had dropped to an astounding -8 degree celcius.
With only 17 cars and eight motorcycles left in the Xtreme category now, the Maruti Suzuki Raid-de-Himalaya is as tough as ever, even when shorter by two legs from last year’s schedule.

Tonight, the rallyists are scheduled to reach Srinagar after completing a 2,000-km rally, while tomorrow will see the prize-distribution ceremony. The field is still wide open, and new champions are set to emerge.

All through the last two days, the stages have been completely rough and stony, while the sun was out in all its glory. Bikers were especially concerned over the icy patches below the Penzi La pass but the strong afternoon sun melted the ice back into usable road. 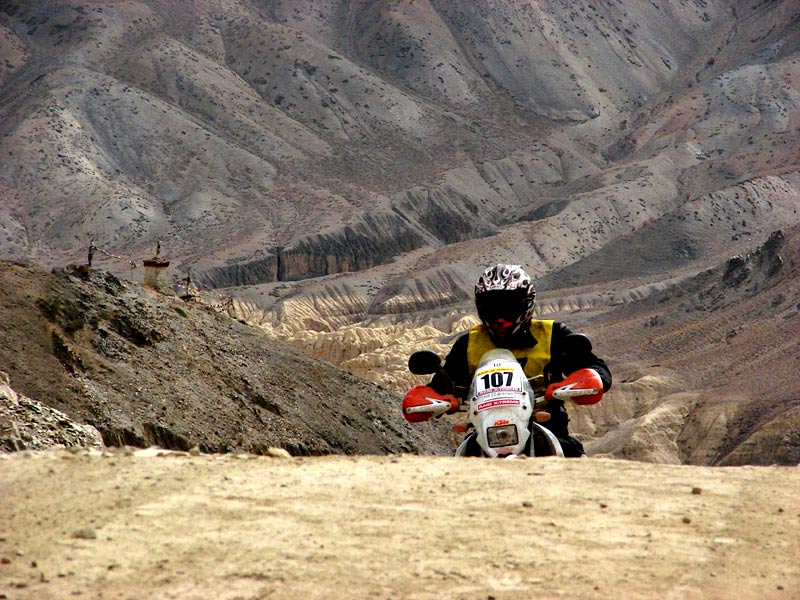 Among bikers, Ashish Moudghil continues to lead his gang of eight with a cool head.

Originally, around 115 teams from over 24 regions of the country as well as from abroad had registered to participate at the 11th edition of the Maruti Suzuki Raid-de-Himalaya. The eight-day event – October 6-13 – is listed on the off-road rallies calendar of Switzerland-based FIM (Federation Internationale Motorcyclisme), and is the only Indian motorsport event that draws attention from the international rallying circuit.

The 11th edition of the Maruti Suzuki Raid-de-Himalaya is being organized under the aegis of Himalayan Motorsport Association and is co-sponsored by SBI Auto Loans and supported  by JK Tourism, Himachal Pradesh Tourism Development Corporation and the Indian Army.