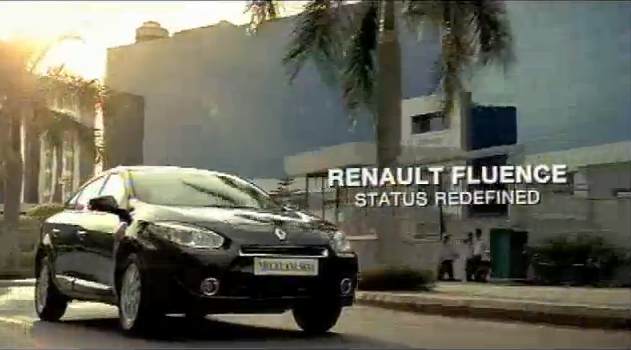 It’s here, finally – an official expression of what Renault, the French carmaker wants to be looked at as, in its second innings in the country. The company has released its first TV commercial for the Fluence sedan. The spot is a typical auto manufacturer ad, trying to play it safe, keeping things simple, harping on the car being modern, while also giving you a quick glance of the salient features. With the punchline ‘Status Redefined’ the car clearly tries to project itself as an object of desire. Thanks to its nice, distinctive looks, its manages to look the part too.

It’s a nice ad, and should work for most Indians. Just that we wouldn’t have minded a bit more panache and creativity for the first TV campaign of the brand in India. Have a watch and do let us know what you think of it. Enjoy!