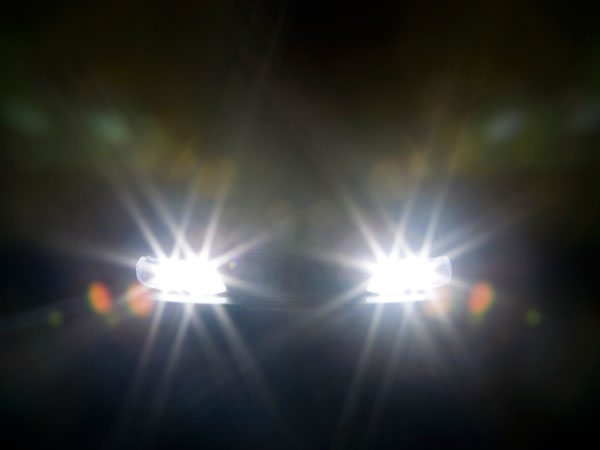 The primary goal of an automotive headlight is to improve safety in low light and poor weather conditions. In India, most of us use them to light everything else, but the tarmac. Some post a ‘Night Lover’ sticker on the rear windscreen and also take the pains to adjust the headlight in such a fashion that it can point at the tallest tree on the road. Their primary objective of using the high beam is to scare other drivers and maybe it is the darkness that turns them into a warrior who uses the headlights as a lightsaber to fight oncoming traffic.

If you belong to the sane category, who use their headlights sensibly, but being blinded by lights turns you into a deer and makes you switch to the high-beam to see which way is north, there’s good news. Scientists have developed a smart headlight that enables drivers to take full advantage of their high beams without the fear of blinding oncoming drivers or suffering from the glare.

The system uses a DLP (Digital Light Processing) projector instead of a standard headlight or cluster of LEDs which enables the researchers to divide the light into a million tiny beams, each of which can be independently controlled by an onboard computer. It senses and tracks virtually any number of oncoming drivers and blacks out only the small parts of the headlight beam that would otherwise shine into their eyes.

A camera senses oncoming cars, falling precipitation and other objects of interest, such as road signs. The one million light beams can then be adjusted accordingly, some dimmed to spare the eyes of oncoming drivers, while others might be brightened to highlight street signs or the traffic lane. During snow or rain showers, the headlight improves driver’s vision by tracking individual flakes and drops in the immediate vicinity of the car and blocking the narrow slivers of headlight beam that would otherwise illuminate the precipitation and reflect back into the driver’s eyes.

“A human eye will not be able to see that flicker of the headlights and because the precipitation particles aren’t being illuminated, the driver won’t see the rain or snow either. If you’re driving in a thunderstorm, the smart headlights will make it seem like it’s a drizzle. The other good thing about the system is that it will not fail in a catastrophic way, if it fails, it is just a normal headlight.” said Srinivasa Narasimhan, associate professor of robotics at the Carnegie Mellon University’s Robotics Institute.