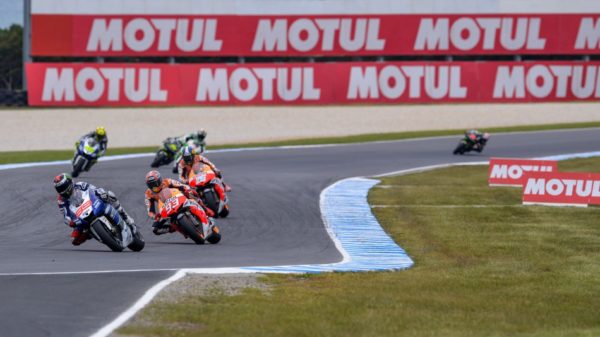 French motor lubricant manufacturer MOTUL will be the title sponsor for the Grand Prix of Japan. The agreement also confirms that MOTUL advertising will be displayed on signs and banners around the circuit for the entirety of the Grand Prix weekend.

Pau Serracanta, Managing Director, Commercial Area at Dorna Sports said, “We are thrilled to confirm MOTUL as title sponsor to the Japanese round of the MotoGP World Championship, with Twin Ring Motegi continuing to play a crucial role in the schedule as the home event for major manufacturers. As MOTUL is a company which prides itself on top service for its partners, particularly when it comes to listening assiduously in order to produce the best possible products and loyalty, the brands fits perfectly into the MotoGP arena.”

“MOTUL is very honored and happy to be named as title partner for this prestigious event in the temple of motorcycling, and we are certain that the MOTUL Grand Prix of Japan will be a great success for all concerned,” said MOTUL’s President of Management Board, Monsieur Hervé Amelot. “Our company has enjoyed an historic relationship with many of Japan’s most successful factory teams which has been both long-standing and very fruitful for all parties, and this new partnership is further proof of the value we place on our involvement with motorcycling in general and the MotoGP championship in particular”, added following this agreement.