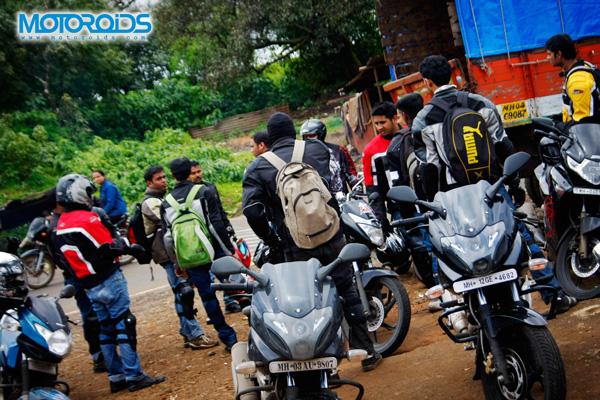 I reminisced the entire episode of the first ever Mumbai-Pune MotoMeet throughout the route from my doorstep to Lonavala. We were riding again for a MotoMeet, the 2nd official Motoroids MotoMeet. The plan was to ride to Lavasa City near Pune. It all started with a small Facebook event termed as ‘Ride to Lavasa’ with only 2 riders attending. But then the idea struck like a lightning! Why not make this a MotoMeet? Anyways it has been long since we had the first one. As time passed by, we got confirmations from more riders. The 22nd day of August, 2010 was decided to be the day for the second MotoMeet. 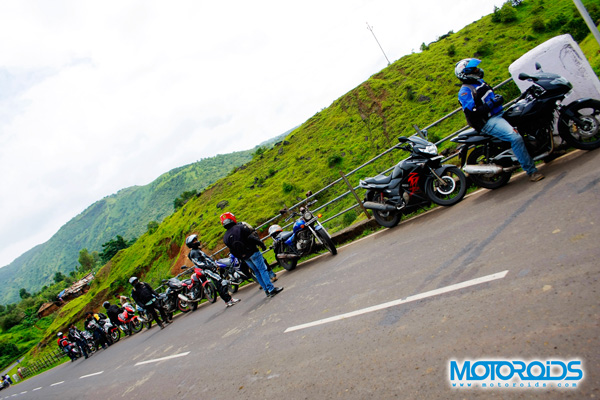 On 22nd August, I headed forward to meet the rest of the riders who were already waiting at Panvel Mc Donalds. Darn! I hate my cell phone for not ringing the alarm a tad louder. But it happens occasionally especially if you party a night before you have to wake up early, as early as 4:20 in the morning. I should terribly curse the Government as they had their share in making me late. It was dark already and I did not want to bend my rim again like I did with my old bike. Yea, the roads at many places in the city itself needed a great deal of repairing. We were late already, so there was no time for an introduction session. All I knew was that we were 11 bikes, 11 riders and 1 pillion rider. So we started our journey to our next stop i.e. Lonavala.