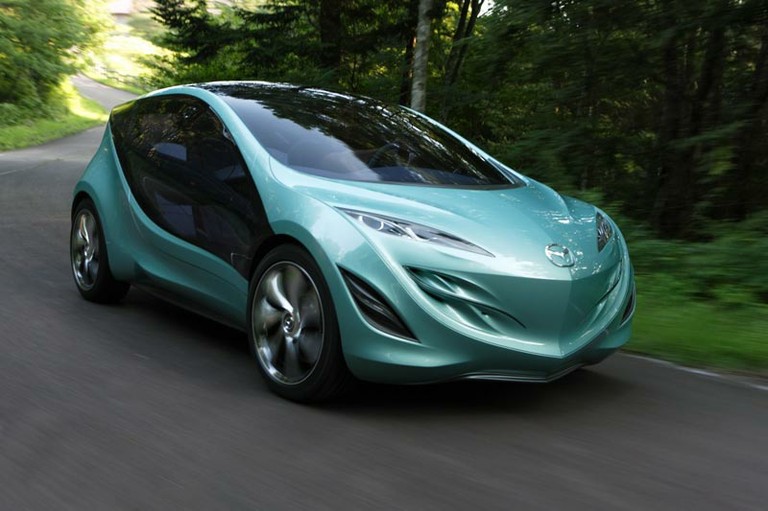 After an in-depth analysis conducted by Mazda on the ‘European Small Car’, they realized that people desired cars that were fun to drive, easy to use and park, environment friendly and very fuel efficient. This made Mazda to formulate its new compact car concept called ‘Kiyora’ along with a range of new ultra-efficient engines.

The Kiyora concept targets to be “an entirely feasible city commuter car of the near future”. This adds to the fact that it could go into production if the demand is sufficient enough. 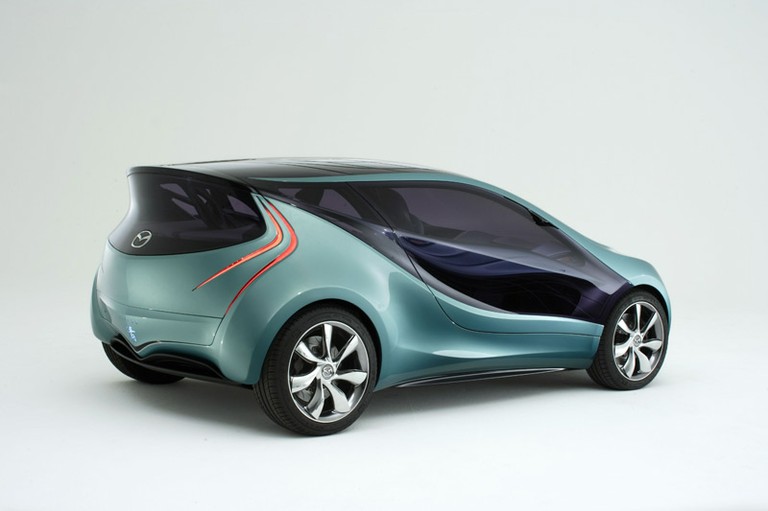 The Kiyora’s heart is Mazda’s new SKY-G 1.3 litre petrol engine along with a lightweight six-speed automatic transmission system. The Kiyora claims to return a fuel efficiency figure of closely 32.15kmpl. This is the end result of the highly efficient engine teamed with a start-stop system which cuts the engine every time the car idles. The Kiyora also boasts of a regenerative braking system that recharges the battery whenever the brakes are applied.

Weighing 100 kilos less than the Mazda2, the concept car has been designed as aerodynamically as possible. The car’s interior system is powered by solar panels on the roof which provide electricity. The concept also boasts of a set of stylish plastic doors

As a move to boost fuel efficiency, Mazda stated that from the year 2011, the vehicles from its stable will weigh almost 100kg less than their predecessors.