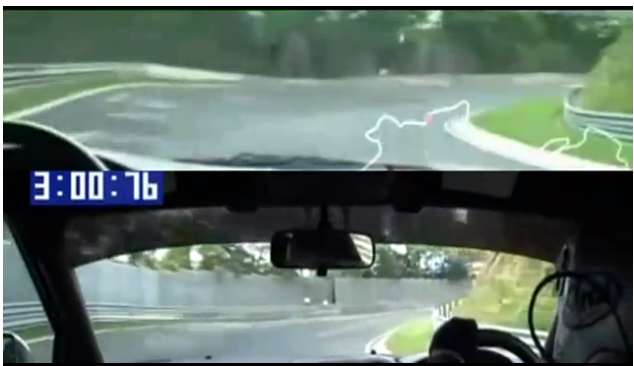 Only a few days ago we brought to you the details about how the 2012 version of the Nissan GT-R has managed to shave off about 2.5 seconds from the time of the earlier version of the car. The GT-R without doubt is the production car to beat around the fabled ‘Ring at the moment. However, the Corvette ZR1 had a better lap time than the earlier GT-R and by a good margin at that. So did the GT-R manage to beat the formidable ZR1?

Now here’s a split screen video that depicts the record run of the 2012 GT-R and the ZR1 on the Ring. I personally haven’t seen anything as thrilling from the ‘Ring before. The competition is so close that you won’t be able to make out which car is in the lead for the most part of the race. However, it’s the final 2 minutes of the race where the winner is decided. Watch closely, its visual nirvana for the real motoring fan!