Home Features How Fast Did The Tata Sierra Go?

Ask any SUV admirer if they have heard about the Tata Sierra and if they haven’t, give them a reality check that they should really reconsider claiming themselves an SUV fan. The Tata Sierra might have been discontinued almost two decades ago but the fact that its accolades are still sung among car enthusiasts tells us a lot about the macho, old-school SUV. The Sierra was renowned for its tough characteristics and no-nonsense appeal. But you wouldn’t find anyone raving about its performance because the Sierra wasn’t particularly what you would call a ‘fast’ SUV. It might be irrelevant to the overall characteristics of the iconic SUV but how fast do you think the Sierra can go?

We came across a video on YouTube which was uploaded 11 years ago but still managed to take us by surprise. Because the Sierra featured in the video hit 160 km/h! According to the current standards, it is nothing to write home about because even the hatchbacks which find themselves at the lower end of the spectrum can manage to hit that speed. But when you consider the fact that the Sierra Turbo came almost two decades ago and was a behemoth in terms of proportions, hitting a top whack of 160 km/h is surely commendable.

Also read: Chilling Inside The Tata Sierra, Lads Prove How The Massive Side Glass Was Cooler Than Sunroofs

The Tata Sierra was available with a Peugeot-sourced 2.0-litre, naturally aspirated, inline-4, diesel engine. This engine was capable of generating 63 PS and 118 Nm of peak power and torque, respectively. It came paired to a 5-speed manual gearbox. Near the end of its production, a turbocharged version of the same 2.0-litre diesel was also introduced, capable of generating 88 PS. The Sierra featured in the video is reportedly the turbo version of the SUV.

We won’t stick our neck out to say that the Sierra achieved those speeds effortlessly because it struggles a bit as the needle climbs up slowly. It is safe to assume that even though this particular Sierra was being pushed to its limits, it remained planted on the road, without scaring the bats out of the driver that it would flip around with the tiniest input to the steering wheel because that’s Sierra for you! 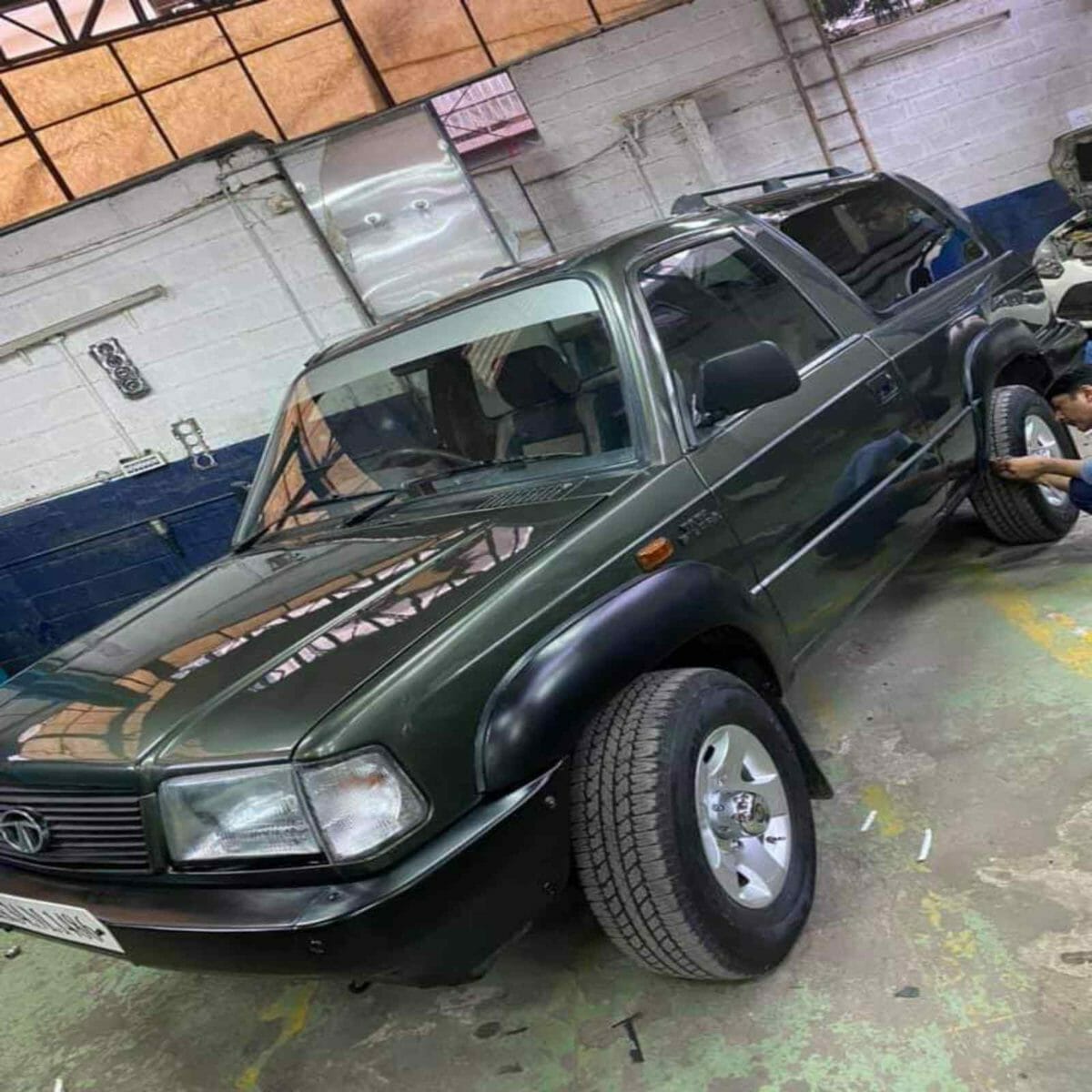 It might have been gone for a long time but we can’t help going down the memory lane to relive the memories of one of the most iconic SUVs to ever grace the Indian soil. Tata Motors pulled off a surprise when they showcased the Tata Sierra concept in Electric Vehicle(EV) form at the AutoExpo 2020 held at Greater Noida earlier this year. This made the audience at the Expo and worldwide quite inquisitive about the Sierra’s revival. Most of its associated design elements had been retained in the concept including the big rear quarter glass and its 3-door structure. If and when this does find its way to the market, expect many lining up for it.