The first visual handshake with everything that reflects through human vision sets the tone for our feelings to follow through towards those objects. Unless carved by nature, since the very beginning of our existence, our bare hands have been responsible for creating things around us which make us either stop and admire or take a passing glance and forget. Cars are no different and their visual energy goes a long way in deciding their popularity among many other things. Of course, there are exceptions, where practicality trumps, yet, appearance is still a major factor. 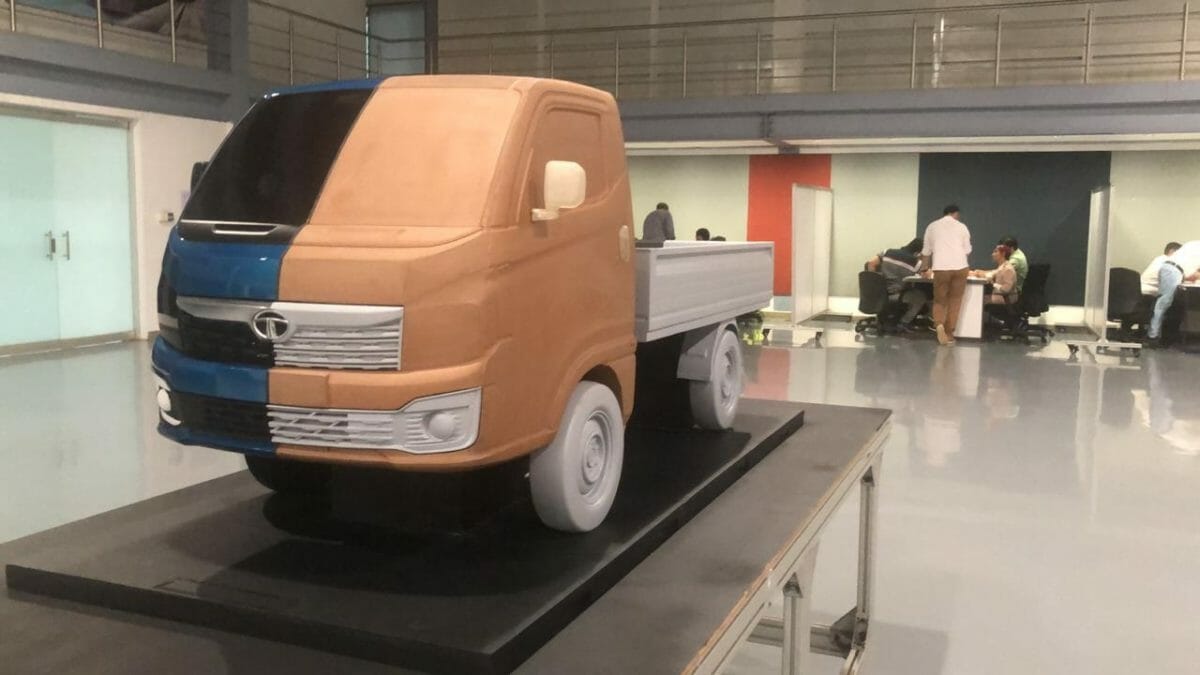 If you’ve been following the automobile sector lately, you’d probably agree that among all homegrown and even International efforts in the sub-20-lakh space, Tata Motors is that one manufacturer making the biggest waves with their new take on automotive design. In fact, flaunting their new take on this front, products like the Tiago and the ones which have followed have been largely responsible for turning around the manufacturer’s fortunes. These products have also helped transform Tata Motors’ image from that of utility vehicles and truck manufacturer to a serious and now successful passenger car maker. 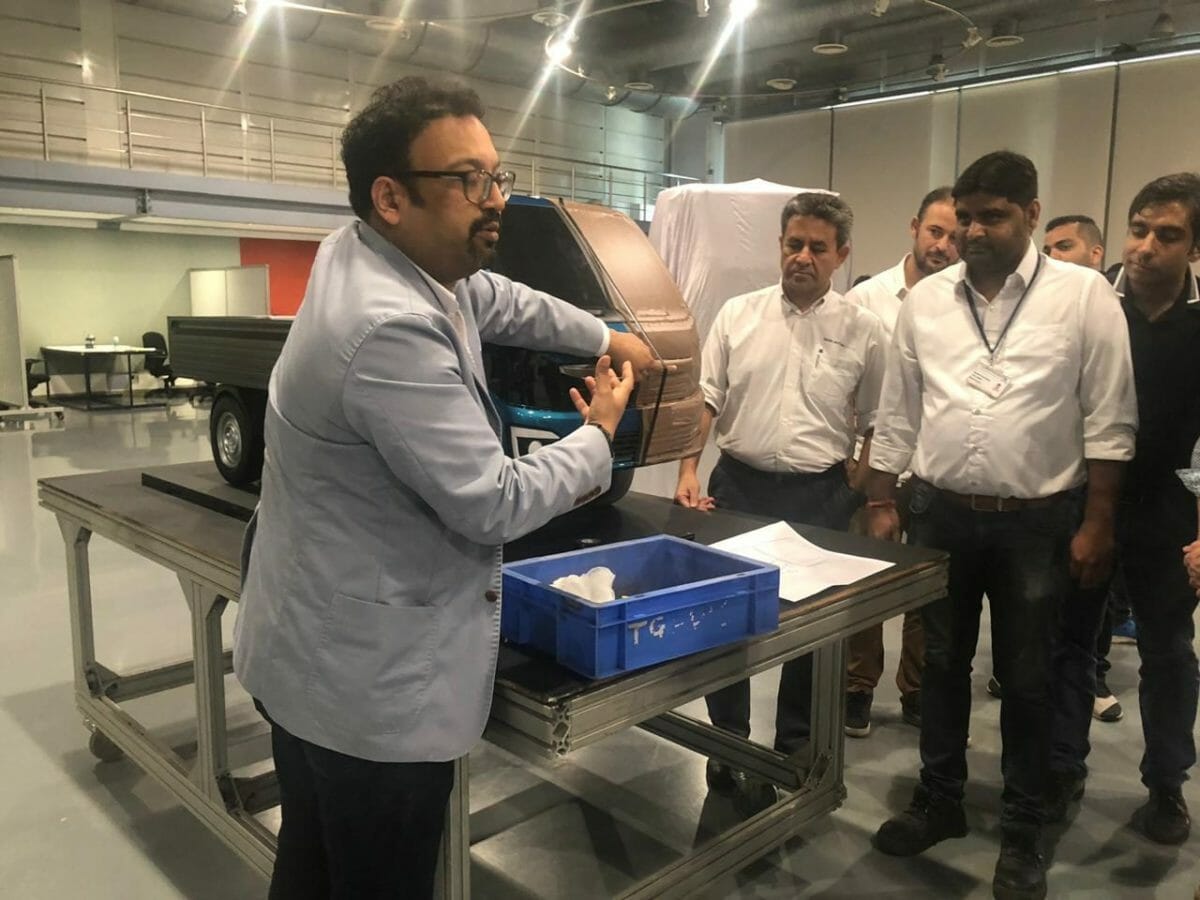 The man who has made his share of contribution behind this makeover is the Head of Design at Tata Motors, Mr Pratap Bose. A jolly individual who masks his sharp brilliance in the field of design by displaying warm human qualities which make us walk up to him to have a conversation, every time we meet him. This time, he invited a bunch of journalists and threw open the doors to where few have set foot. Where not even most of the factory’s employees are let in. A place where ideas, sketches and raw clay take form. We were at the Tata Motors Design Studio in Pune, one of the three such studios the company has across the Globe. The other two are in Turin and South Korea. 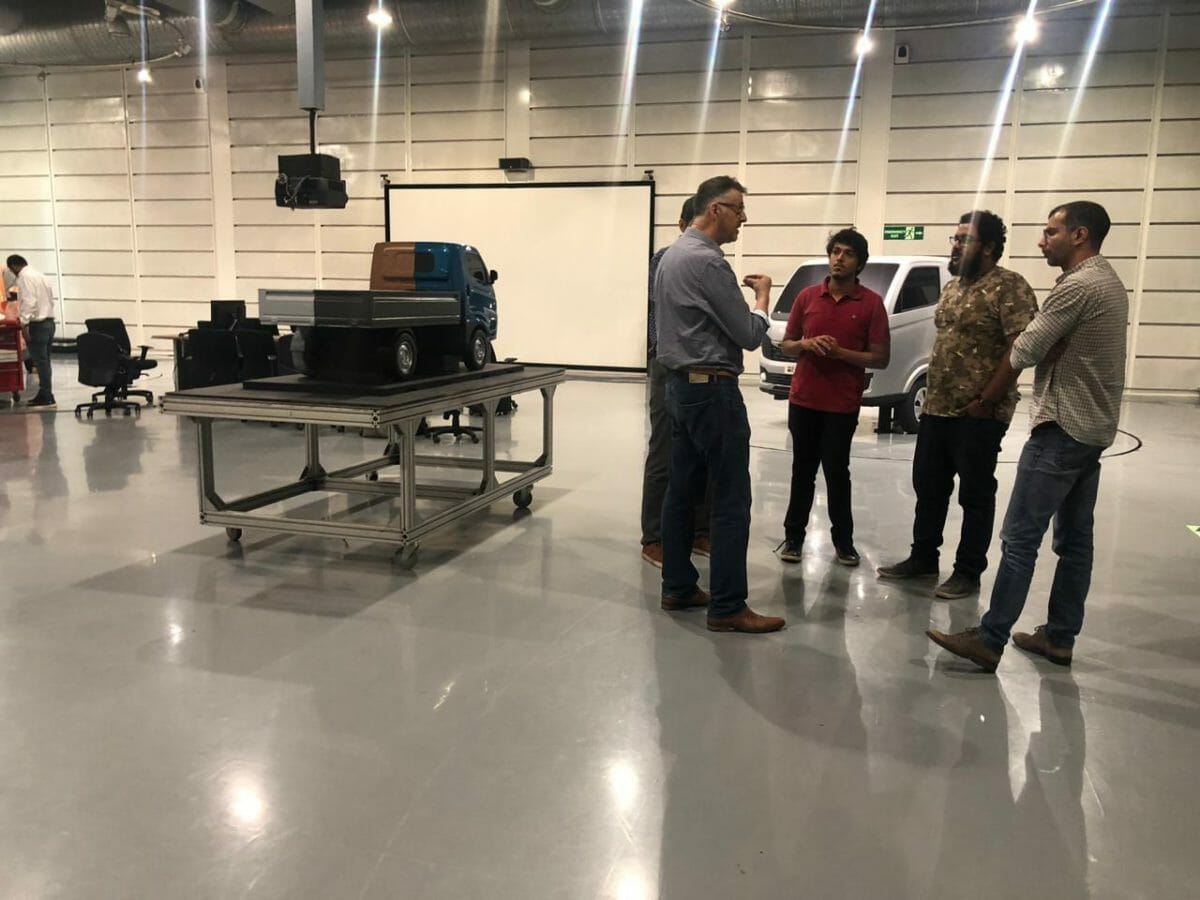 Once inside, we stepped into a large, pillar-less area, where any moment, it felt like a laser-light and lightning-filled bubble could take form out of nowhere in the hall’s atmosphere, explode into smoke, and one of Tata’s next-gen cars could appear in front of us, time machine gel dripping from its bodywork. Although nothing of that sort happened, for obvious reasons, the guys were smart enough to tape our camera phones and hide all their future work. The visit started with Mr Bose explaining to us as to how the design department along with various other stakeholders in a new project have worked hard to bring down the new product development time down to just 42 months and are working to further reduce it to just 36! 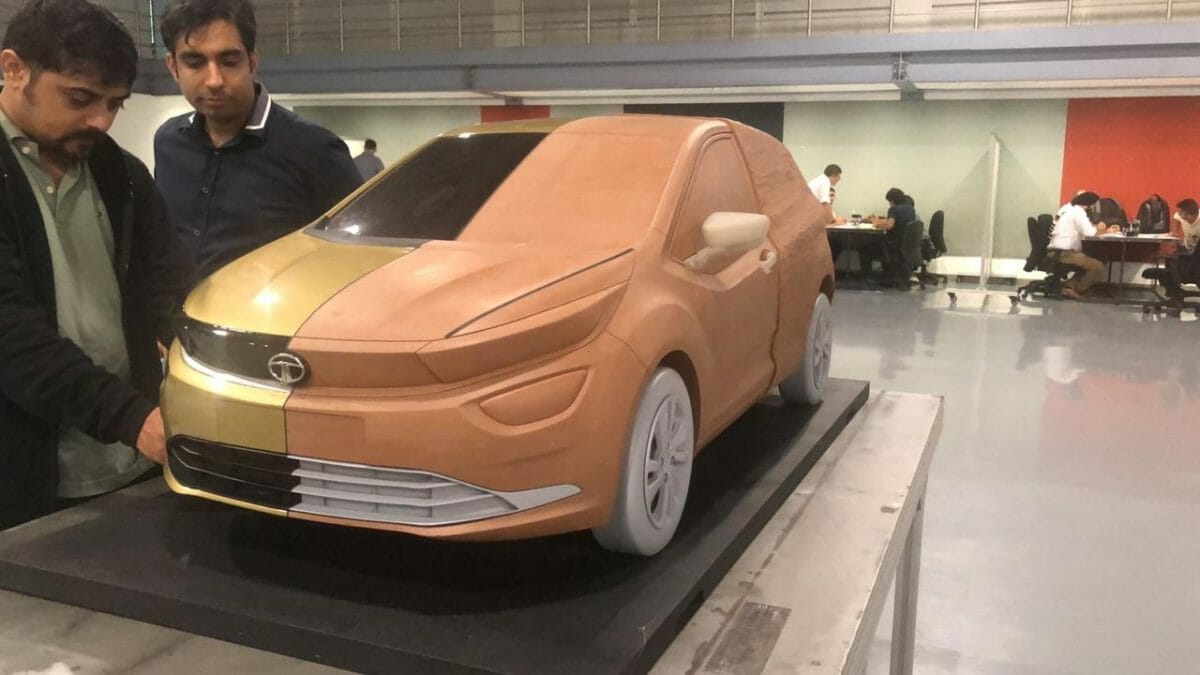 He explained how the skeleton of a new vehicle or a platform as they call it must be usable for at least 15 – 20 years and how designers have to work together with bright minds from various fields to foresee countless and complex factors before they begin work to build one. Mr Bose also shared a fun fact as to how Tata Motors is the only auto manufacturer in the world where one team alone handles the design aspect of the Group’s personal, electric and commercial vehicles. 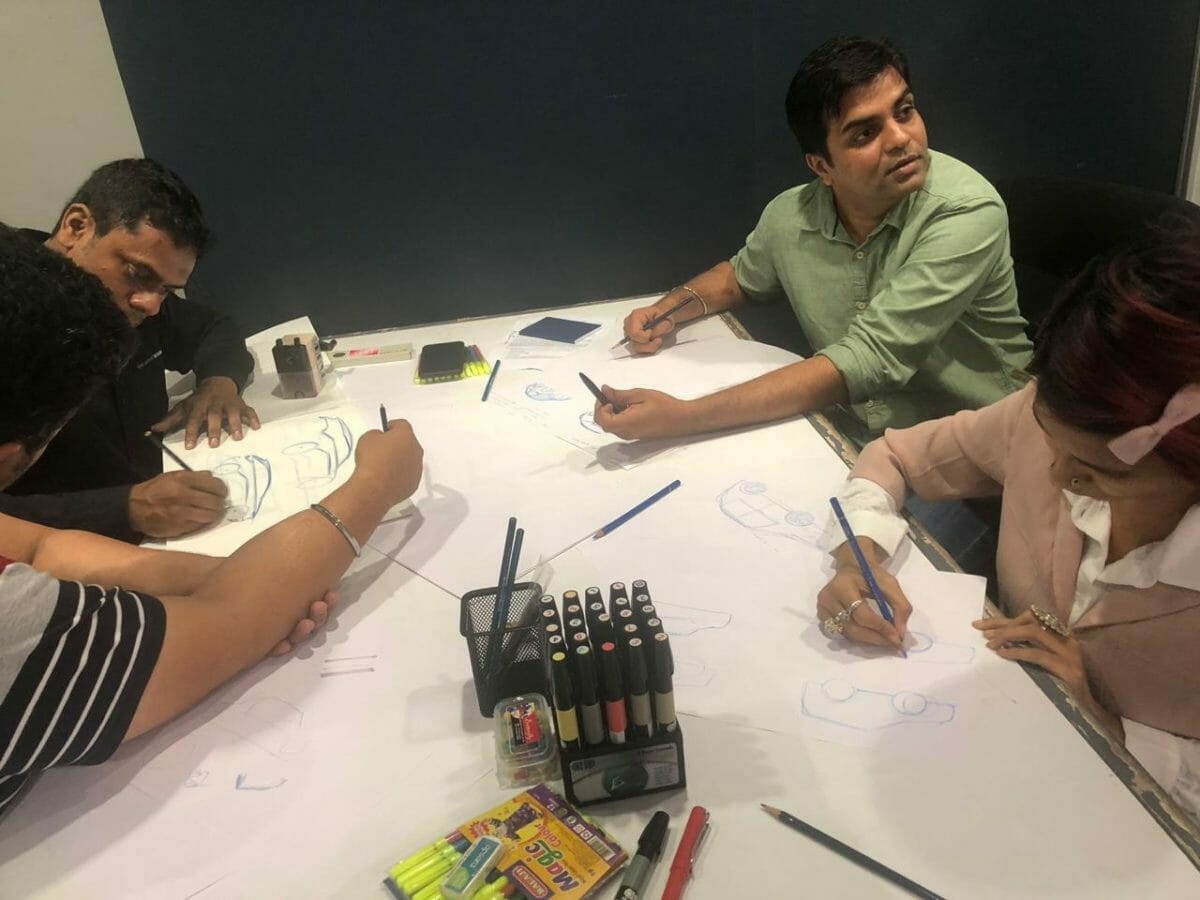 Post that introduction, we were divided into four groups of three members and were asked to envision either a hatchback or a Truck for the future. Assisting us to bring our imagination to life on paper were the bright minds and skilled hands who work at the design studio. Now, to be honest, my drawing skills never graduated beyond a tree, some farms, a stream and a sunrise behind the mountains where the V-shaped birds were bigger than that ball of fire. But in my head, I could imagine a low-slung, three-door hatchback with a wide footprint, an inward dipping side profile which flared towards the arches and the face of a muscle car. Oh, and it had to have a honeycomb grille. No compromise on that. I even tried to draw a picture of it which I wasn’t proud of, but our mentor read my mind and within 10 minutes, brought my imagination to life on paper!

Post the activity, a part-finished, part-raw clay model of the Altroz and a truck were revealed and the artists got to work to transform one of the model’s section to make it look like our freshly-penned imaginary machines. It was therapeutic in a strange way to watch their skilled hands, which were umbilically connected to their vision, carve gracefully through the clay. While they were at it, the very first clay model of the Tata Harrier, or the H5X as it was called then, was shown to us. While checking out its presence, I got chatting with one of the designers and we discussed how the art of creation in this field is seriously complex as it must also account for factors like packaging, engineering, usage of materials, cost, etc, etc. 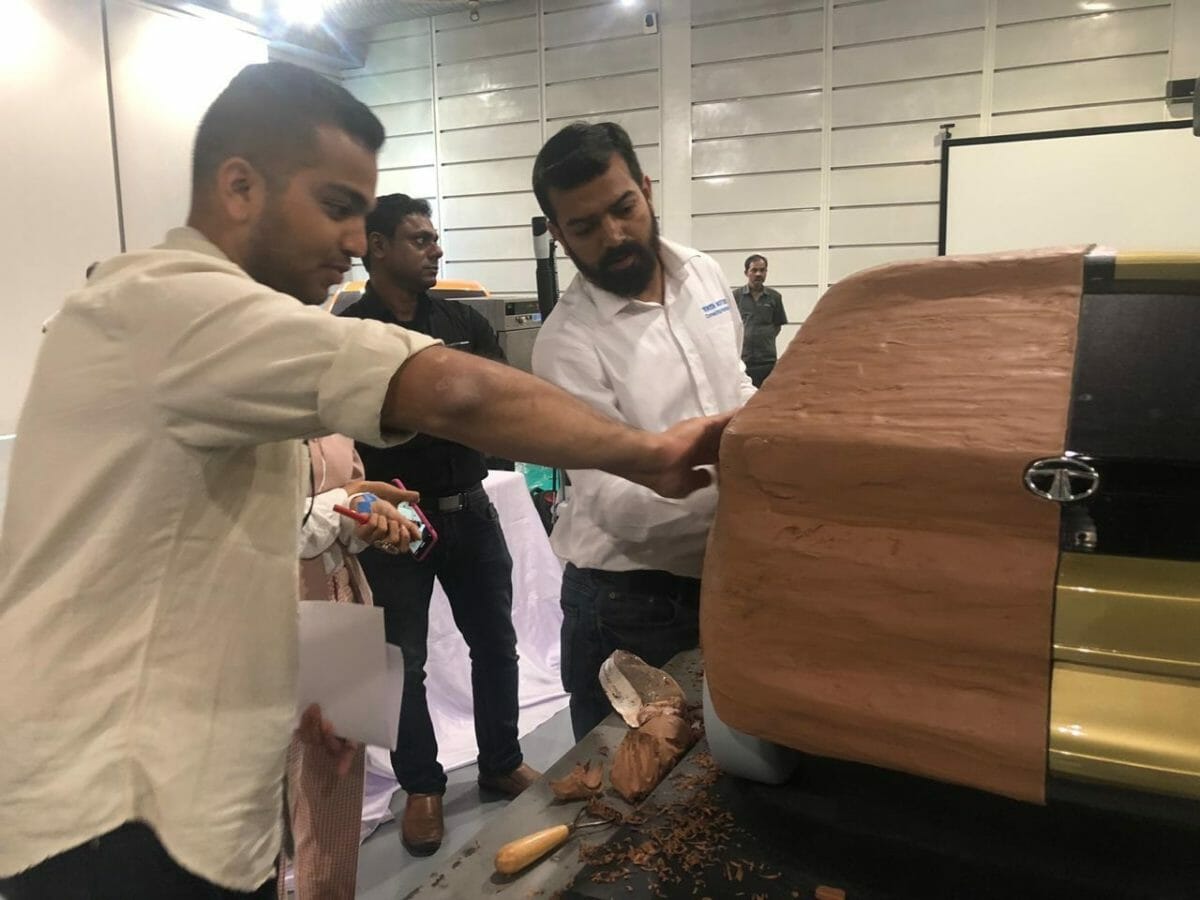 We found common ground during that conversation when both of us agreed that unlike some other art forms, the art of car design doesn’t allow the artist to express freely and then leave it up to the audience to take time to understand and appreciate. Unlike a painting, for example, a car’s design must strive to leave a positive, likeable and lasting visual impression on all those who catch it in movement or at a standstill or on a poster or in a magazine. The beauty must then also be skin deep once the doors open. So what car design and every other aspect which works in harmony under the sheet metal must achieve, is pretty similar to what I was humming along when I entered the premises. I don’t know where I picked it from, but it went like, “Universally respected, worldwide accepted, beauty and brains with a heart that’s connected.”