Audi India race talent Aditya Patel and Malaysian teammate Mitch Gilbert won both the races at the final round of the Inaugural Blancpain GT Series in Zhejiang, Asia. This did help them to claw back championship points, finishing only one point behind the final winner, Hunter Abbott. The duo, piloting the Audi R8 LMS GT3, missed out on the overall championship title by a single point after the end of the 12th race of the inaugural Blancpain GT Series Asia Championship. 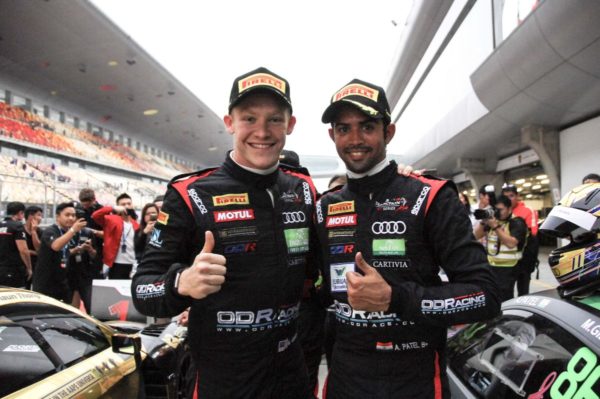 The OD Racing pair came into the final round, 28 points behind the championship leading pair of Marchy Lee and Shaun Thong. With 50 points up for grabs, Patel and Gilbert began the weekend with an outside chance of winning the title. Patel put in a lap which was good enough for second place on the grid for race 1 while Gilbert set a blinding lap time in qualifying 2 which put them on pole position for race 2.

Starting 2nd for the first race, Aditya was quick to take the lead in wet conditions and began to open a gap between himself and 2nd place Aidan Read. The Indian then handed the car over to Gilbert who found himself in the lead even after serving a five second pitstop penalty. From there on, Gilbert opened up a gap and finished comfortably with a win in race 1. 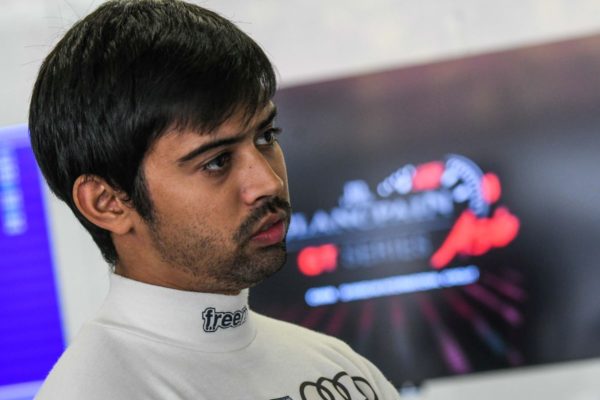 Race 2 was held in treacherous conditions after it rained through the night and continued to rain as the day  progressed. Gilbert took the start but lost a place to Martin Rump on turn one and kept his head down through his stint and then handed it over to Patel who served his 10 second penalty for winning race 1 and came out in 2nd place behind Rump’s teammate Rick Yoon. However, as conditions got worse, Yoon spun handed the lead back to Patel who cruised to the 2nd victory of the weekend. Although they roped in a maximum points haul, the pair still missed out on the overall championship by a single point.

“What a weekend! We came in 28 points behind the leaders with an outside chance of winning and now we’ve finished 2nd, only one point behind. We did everything we could this weekend and had a perfect weekend but in the end it wasn’t enough. I’ve had a fantastic year with OD Racing and the support from my sponsors Audi India, Jubilant Motorworks and 2GO Activewear have been amazing! I can’t wait to see what next year has in store,” said an ecstatic Aditya after the weekend.”