They say you can’t choose your neighbours. What you can choose to do though is to visit them. Follow the trail of the umbilical cord which strings your home country and the ones around it together. It’s not just that string but also a mythological thread which sews the ties between India and Sri Lanka. As ambassadors of the motherland, visitors and journalists, we were out to see the tiny island nation astride an equally-sized thing. Little did we know that after the journey, we would find out how a large heart doesn’t always need a large enclosure to reside in. And how it does not always need to pump out monstrous amounts of blood. 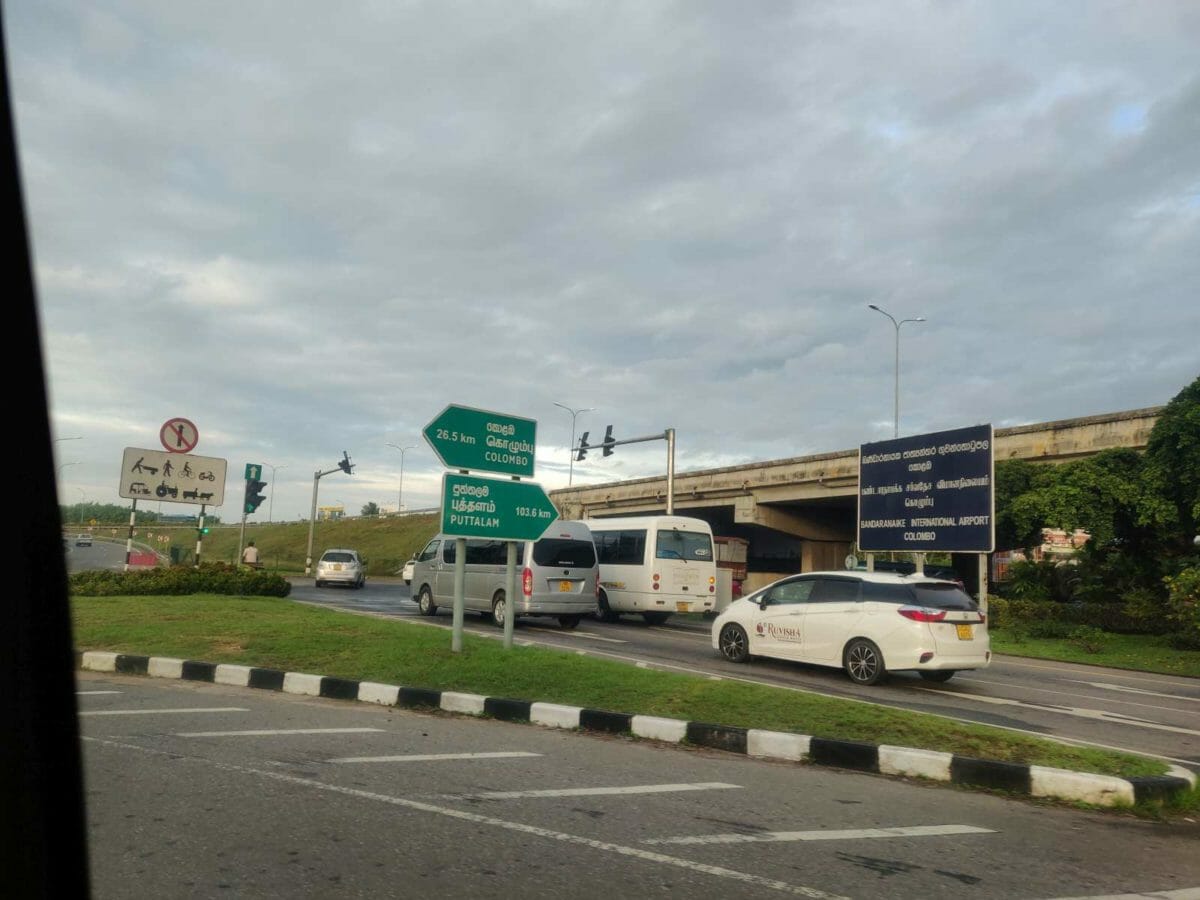 Blood, which is common to the most evolved species on the planet. So our journey was to begin from Colombo and the plan was to then ride across the breadth, towards the eastern coast, and return, astride a gritty little thing, called the TVS XL100 – A moped which maxes out its top speed at 65 kmph! But if that number makes you cringe, get this, this is that very seed where the roots of Indian motor racing history find their origin. So we started from the port city of Colombo, a lickety-clean and bustling city which seems pretty similar to Bombay. Except, Sri Lanka’s entire population is just a weeny-bit more than the number of people who call India’s financial capital home.

It was five of us on two versions of the XL100 – Comfort and Heavy Duty. The former gets a flat seat and style-enhancing embellishments and as its name suggests, is designed for comfortable commutes. On the other hand, the latter is built to run through all that’s rugged and its split seat at the back can be removed to carry whatever one may wish to lug around till its destination. Anything that fits! Gettit! While we were already pretty amazed at how clean the country is, the traffic movement and discipline on the road made us applaud the natives in our heads.

What also amazed us was the diversity of cars around us. Since Sri Lanka imports all its automobiles, it is possible that for every 10 cars that you see, all 10 can wear a different badge. However, buying a car is an expensive affair in the Island nation as the country levies a duty of approximately Rs.1,350 Sri Lankan for every cc of the engine’s capacity, no matter what you import. 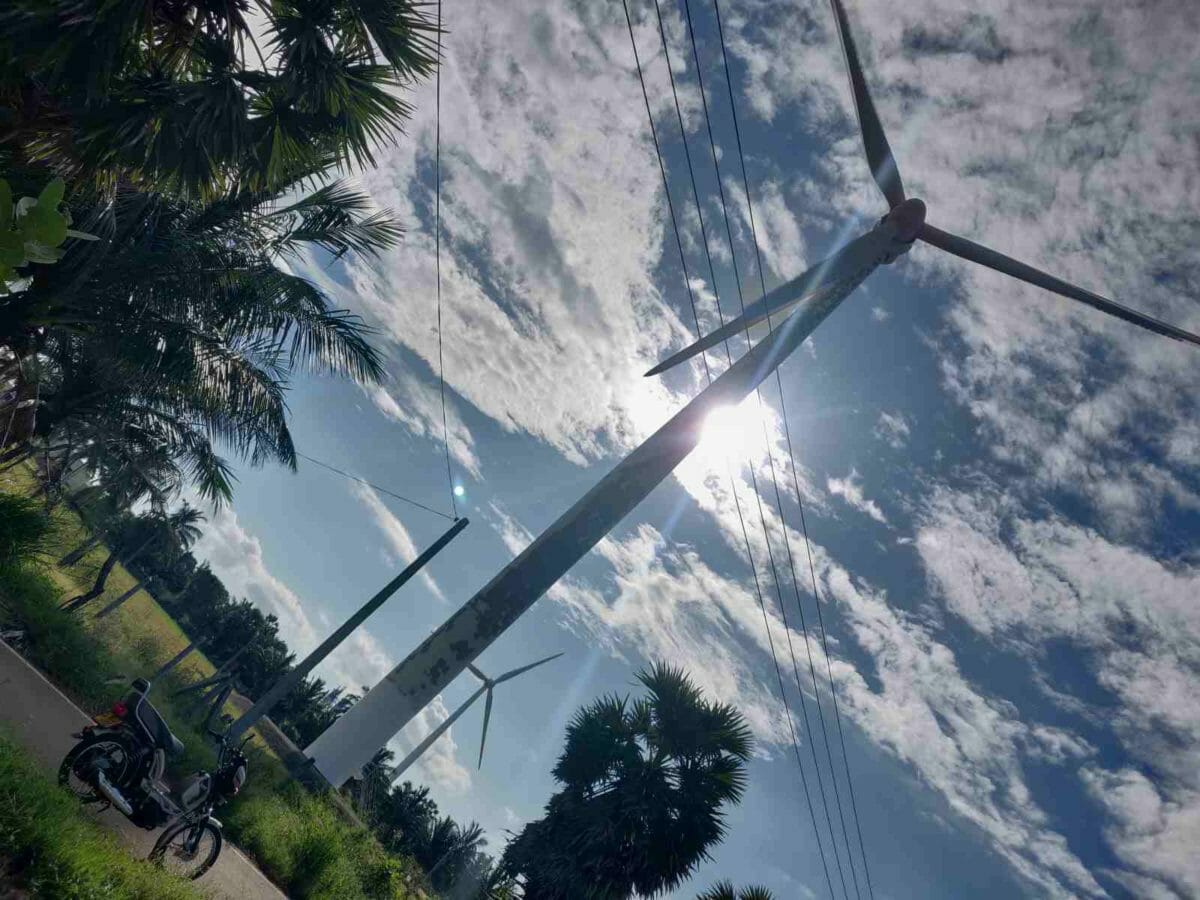 Coming back to the ride, the destination for Day 1 was Anuradhapuram, a town in Central Sri Lanka, 260-kilometres away. To get there, we would travel parallel to the coastline till a fantastic place for lunch, where there were windmills circumnavigating around a tall axis, right next to glistening waters of the sea. We got there partly dry, after being soaked in some passing showers, but the views, the mango curry and all other native preparation on the plate made us forget the still soggy areas of our bodies.

Riding towards Anuradhapuram, we were rolling parallel to the sea until sunset and a right turn later, under the light of a Moon, like we hadn’t seen before. Since the skies in the Island nation are free from pollution, the Moon appeared so close for some reason, we even joked that we might find the Vikram lander through our naked eyes.

On the way, it was easy to connect with the easy-going demeanour of the petite, yet, solidly-built XL100 which even came fitted with a silent start system to our surprise. It wasn’t the pace, but the consistency in how the bike performed had us all admire its courage. Spending ten hours on a two-wheeler isn’t a big deal, but given the size of the XL100 and for what it’s built to do, it allowed us to stay in the saddle nearly fatigue-free for that long, and that surprised us too. Throughout the day, we could not stop admiring the roads in Sri Lanka, which were always well-painted and marked, built without any imperfections, and from Colombo till Anuradhapuram, I could only count one pothole for about 260 kilometres!

Day 2 would take us to Nilavali beach and Fort Frederick near Trincomalee, on the eastern coast, and back to Dambulla in central Lanka. We were astride the XL100 Heavy-duty today, which like its name suggests, is built with similar tasks in mind. Unlike the Comfort variant, the bike’s split seat, slightly lesser top speed and firmer rear springs made us experience contrast.

While those on the Comfort version trickled passed with ease, two of us on the Heavy-Duty indulged in nearly 30-minute-long drag races to amuse ourselves on the baby-bottom-smooth, arrow-straight stretches till Trincomalee. We kissed the eastern coast and started our return journey to the hinterland, where a baby elephant and an adult crossed our path and so did a massive lake and pretty sights.

Post a customary picture with the World-famous Sigiriya rock and its palace ruins, it was time to ride towards the hotel, where a warm shower and a breezy evening awaited us. Day 3 would take us back to the western coast of Negombo through some busy, but still pretty roads and since the going got a little busy due to traffic for this stretch, we focussed on getting there early and indulging in some more of what Sri Lanka had to offer that evening.

Upon reaching the destination, I rode the XL100 towards a boat on the edge of the beach and stared at it in admiration instead of the vistas around me. Because all the other riders and I had ridden this gritty thing with the throttle pinned for nearly 90% of the 700-kilometres we covered and not even once did this little TVS sneeze, cough, stutter or protest. 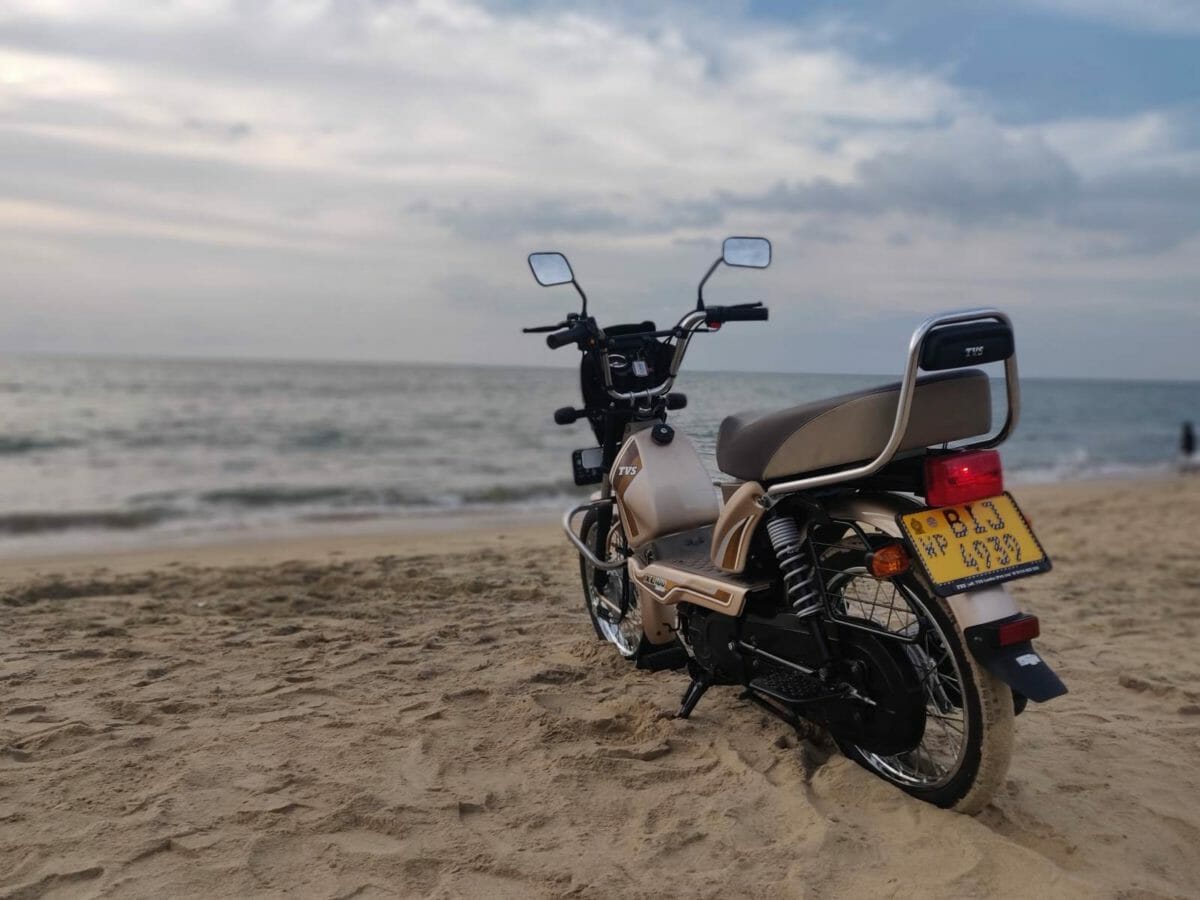 It allowed me to explore a more profound side of my profession, which started five years ago with dreams of being at the controls of all things fast and flashy. Providing contrast, the XL100 expanded the horizon of my thoughts and proved that in reality, getting the job done and getting it done in a relentless, cost-efficient and effective manner is also a need, for many. And this TVS is built to satiate that with its brave little heart and a soul bigger than its body.

What about the country and its people? Thanks to the uncomplicated and easy-paced ride, we can confidently conclude that Sri Lanka as a country is beautiful in every sense. Its people more so with their kind hearts and lucid charm. A lot in common then, between the TVS XL100 and the Island Nation. Both overcome the lack of might with a beating heart which is the size of an Elephant. 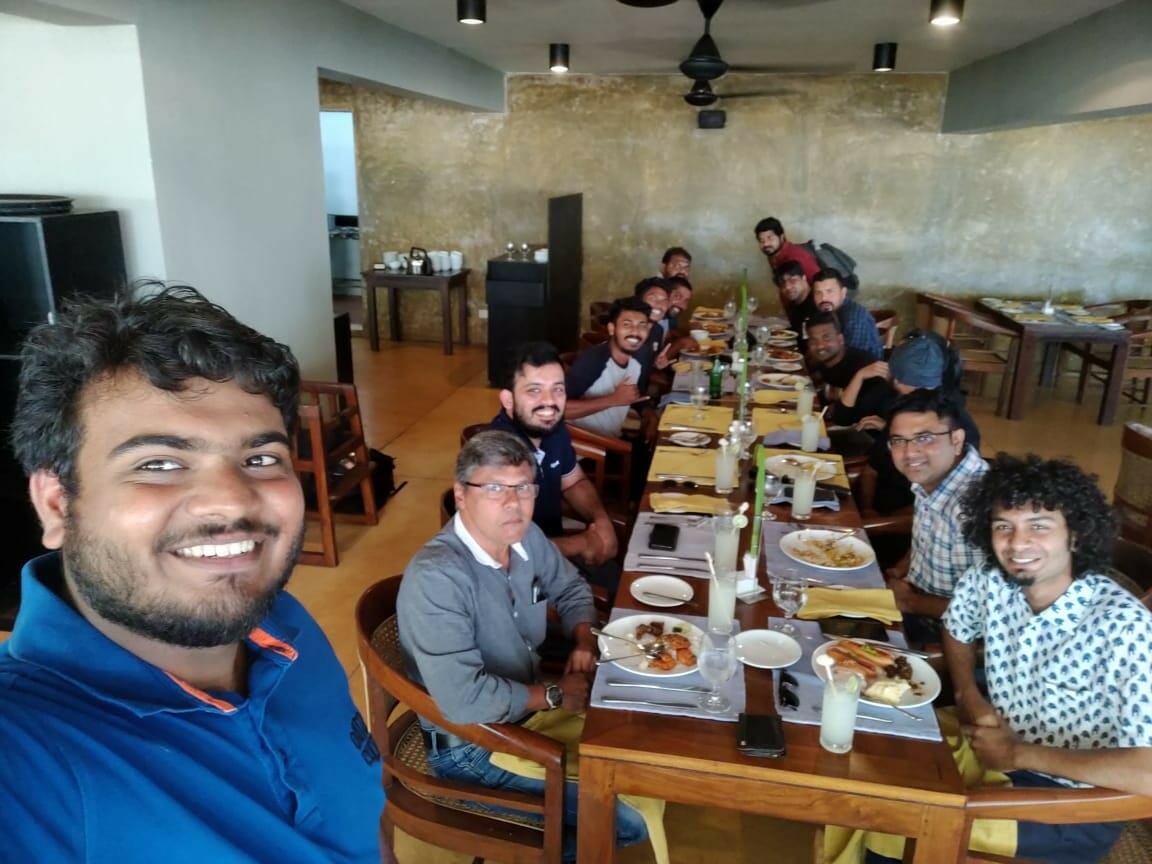 Like their bike, TVS’ team which organised the ride displayed matching qualities for how they made us feel at ease in a foreign country. A big shout out to Vinod, Robin, Uma, Jude, Rajith and all the fellow journos for making the ride memorable.

A Little More Of Sri Lanka Through Some Images: 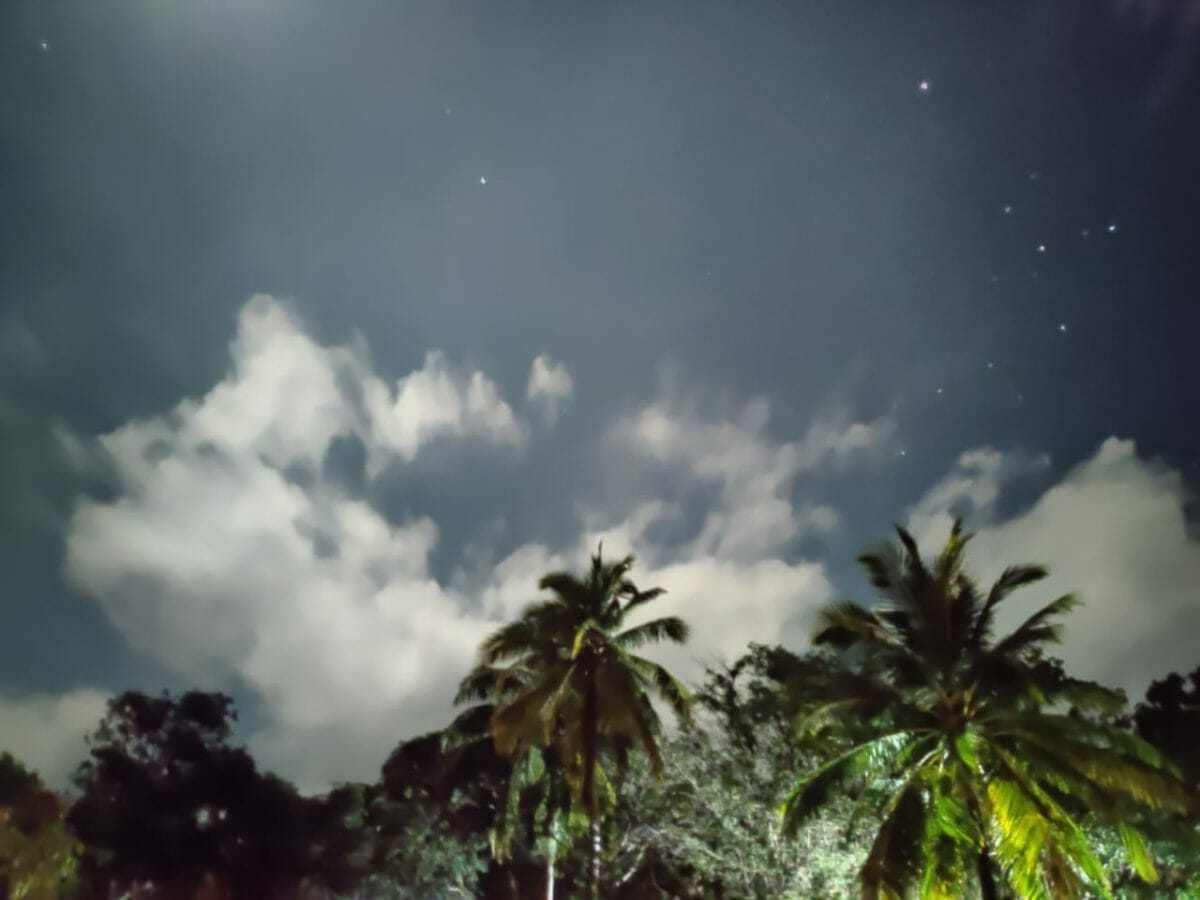 That’s another one on the way to Dambulla

The waters at Fort Frederick on the Eastern Coast were inviting

The roads in Sri Lanka are delightful

And their cities and towns seriously clean

All the properties we went to had pretty pools 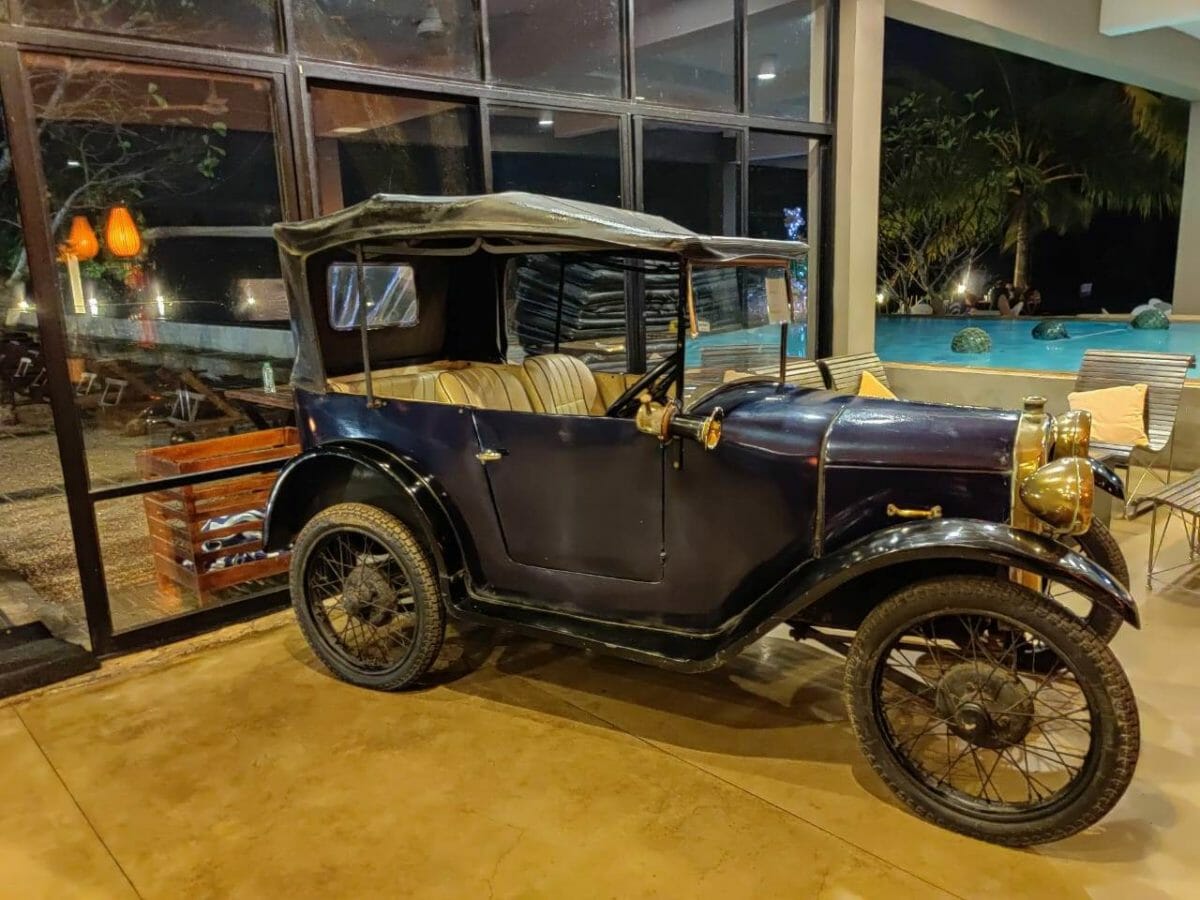 One even had an Aston Martin! 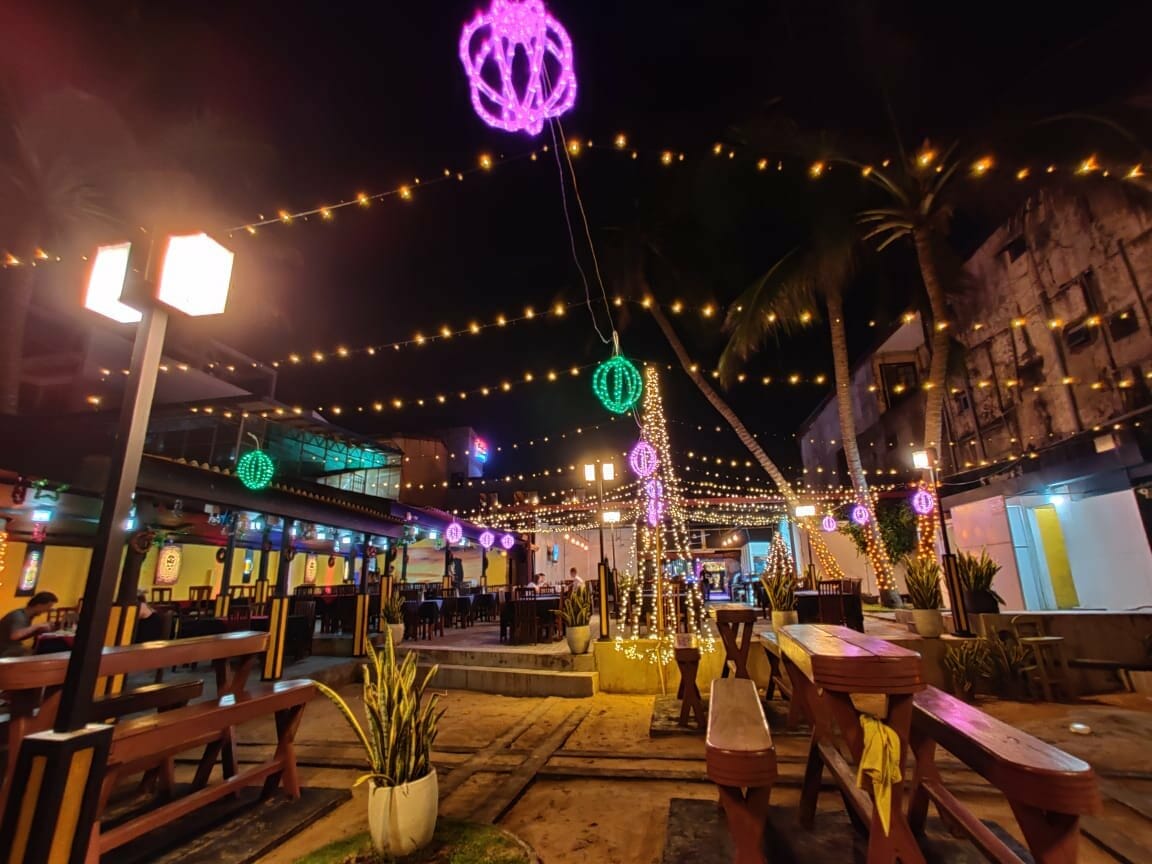 A night out on the last evening of our stay 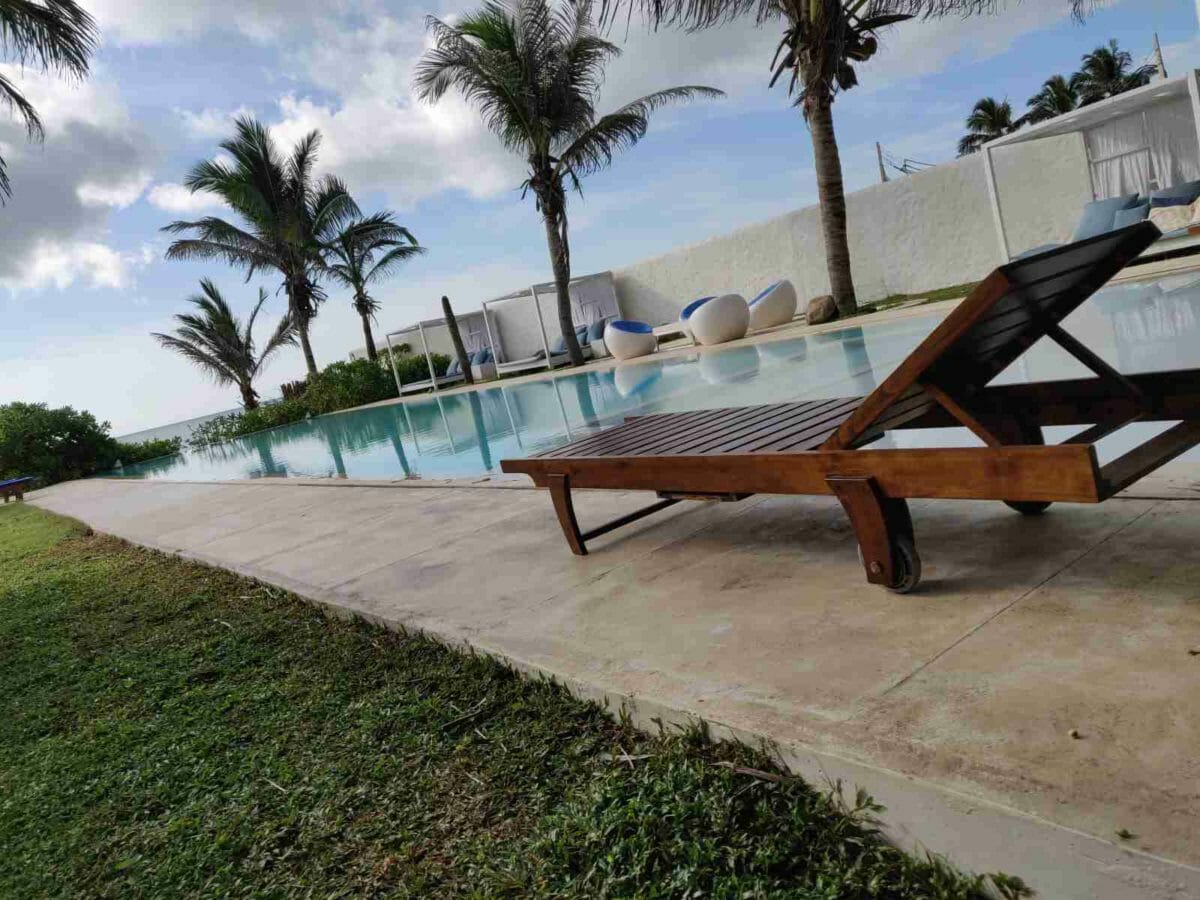 If you like it quiet and pretty, this place is called the Makara Resort at Kalpitiya on the Western Coast 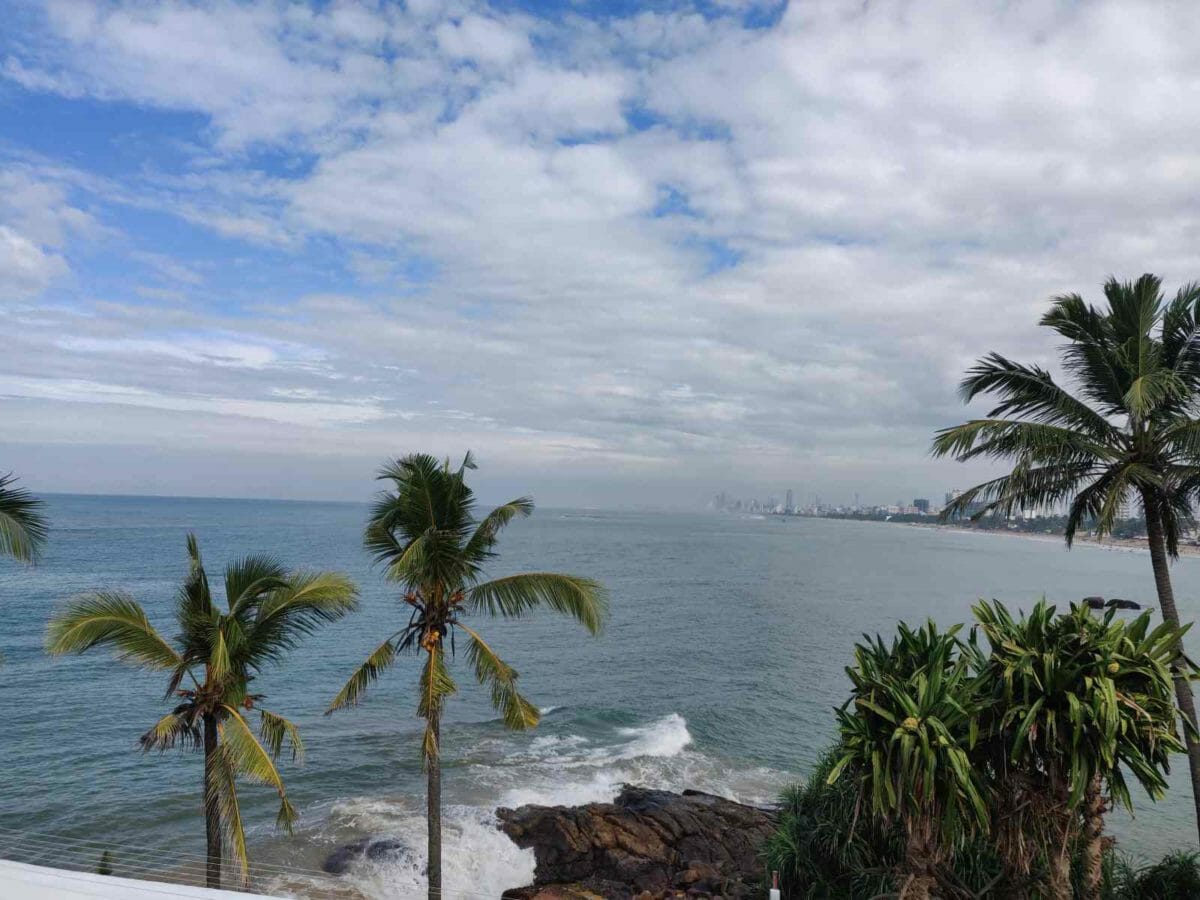 That’s Colombo city in the background