How do you know that a motorcycling brand has acquired cult status? If it is being modified by custom bike artists around the world, of course. This is most evident in the case of the Royal Enfield – India’s very own global icon. Over the years, the Royal thumper has been modified and experimented on by hundreds of firms. Here is our homage to some of the best ones to have turned up in recent times. 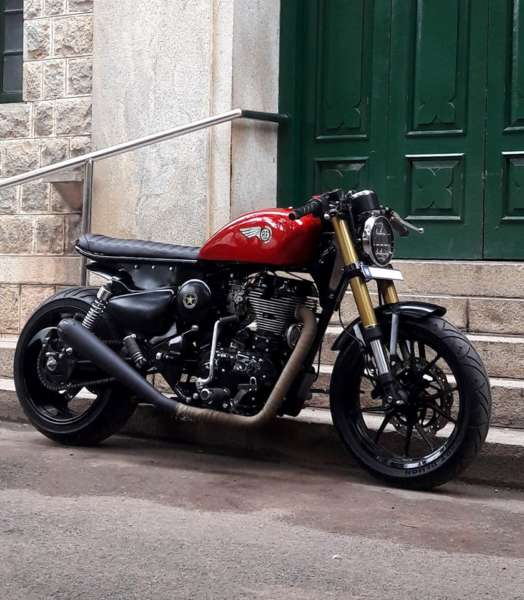 This has to be one of the cleanest retro-modern modifications the Bullet has ever received. The cherry red tank is complemented by fat upside down forks painted in gold. The standard handlebars have been ditched for a sporty flat rod. The engine has been blackened with neat chrome highlights for the air-cooling fins. The quilted leather seat and the side-mounting of the number plate are other neat touches that make this ride feel properly modern.

Complete Report: This RE Probably Took a Trip to Italy to Come Back Looking Like This 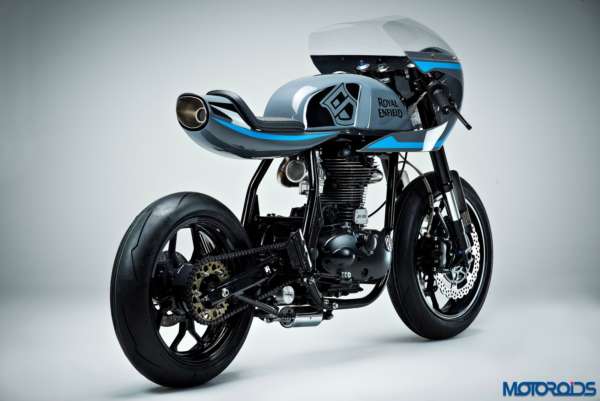 Based on the Continental GT, the Surf Racer looks nothing like its donor. The tank retains the muscular look from the Conti but elsewhere, this bike seems completely new. All the flabby parts have been stripped out and a minimal look has been maintained. A smart front fairing tells you that this RE has been designed for speed. But the star modification has to be the beautifully executed exhaust pipe that has been relocated beneath the seat. 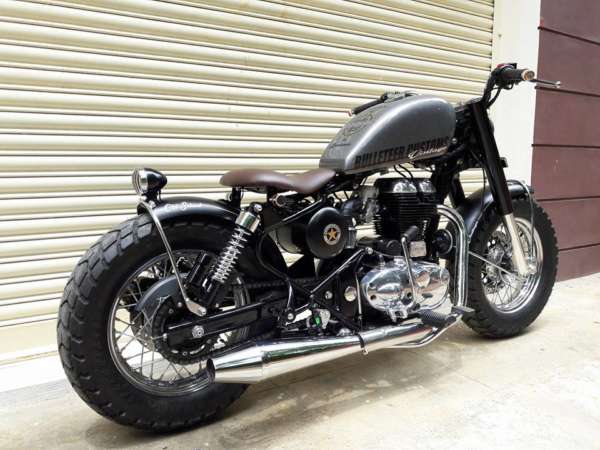 The hacked fenders, single seat and the high-set tall fuel tank give this RE a fat boy stance. The massive tyres attract your attention instantly and the tasteful smattering of chrome all around add to the purposeful look. The rims, forks, engine cover and exhaust all receive the shiny coating and unlike most cases where it just looks garish, this one actually looks badass. 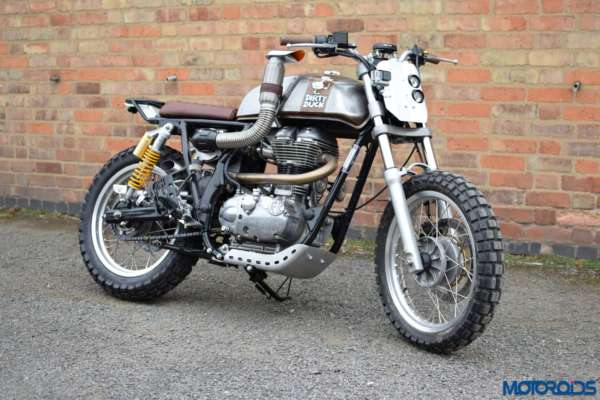 This one looks as if it is straight out of a Mad-Max film. Designed as a go-anywhere do-anything scrambler, the front gets twin-projector headlamps and tiny fenders. The normal tyres have been replaced with knobbly off-road spec rubber. While the crash guard below the engine plays its part, it is the crazy snorkel at the side of the tank that grabs all the attention. The rear seat has given way for a luggage rack to help you carry your gear with you and the rear gets tiny bullet lamps to replace the standard unit. You even get a Go-Pro action camera to keep a track of your adventures. 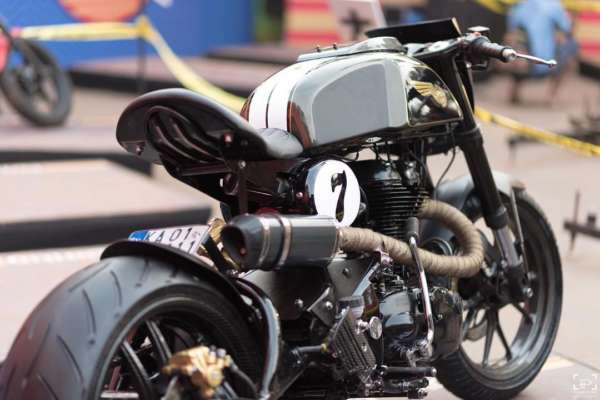 Believe it or not, this is a standard Classic 500 beneath its new clothing. Featuring a completely new stance, the Bullet has as the founder claims, been given a steroid shot. Most of the parts have been stripped out and the exhaust has a high-mounted setup. The rear suspension has been switched with a mono-shock and the rest of the parts have been blacked-out for a stealthy look. The rear gets twin longitudinally mounted thin LED lamps under the single leather seat that look really wicked as they shine off the number plate at night.

Complete Report: This Steroid 540 Cafe-Racer Is A Royal Enfield Classic 500 Underneath