Another day, another build. And like most other mod jobs we’ve featured lately, this one too comes from Bulleteer Customs. Powered by a Royal Enfield motor, this heavy-metal build is a Sportster which has borrowed its bits straight from some foundry. Unlike their earlier builds which were easy to the eye and gentlemanly, this one’s out-n-out brash and full of attitude. 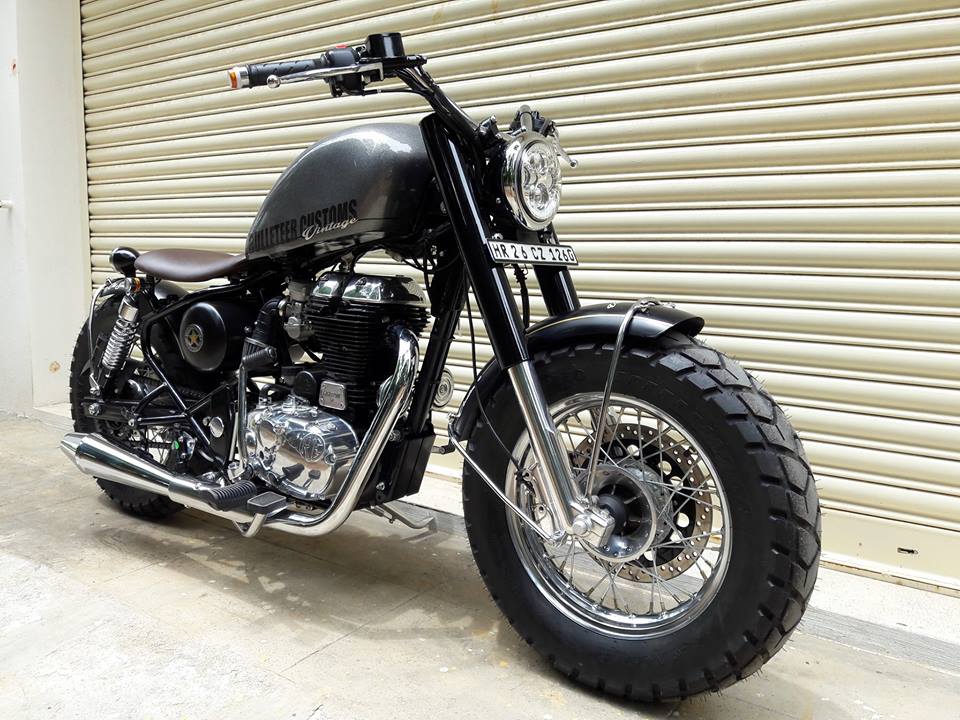 What catches the eye first up are those massive tyres which look like they’re ready to plough through a field. Then, there are those fenders which have been secured by chrome finished clips and massive, retro style front forks which have been attached to a Fat Boy style handlebar. A high set fuel tank has been painted to sparkle, below which, the RE motor has been spared from a blacked out treatment this time. 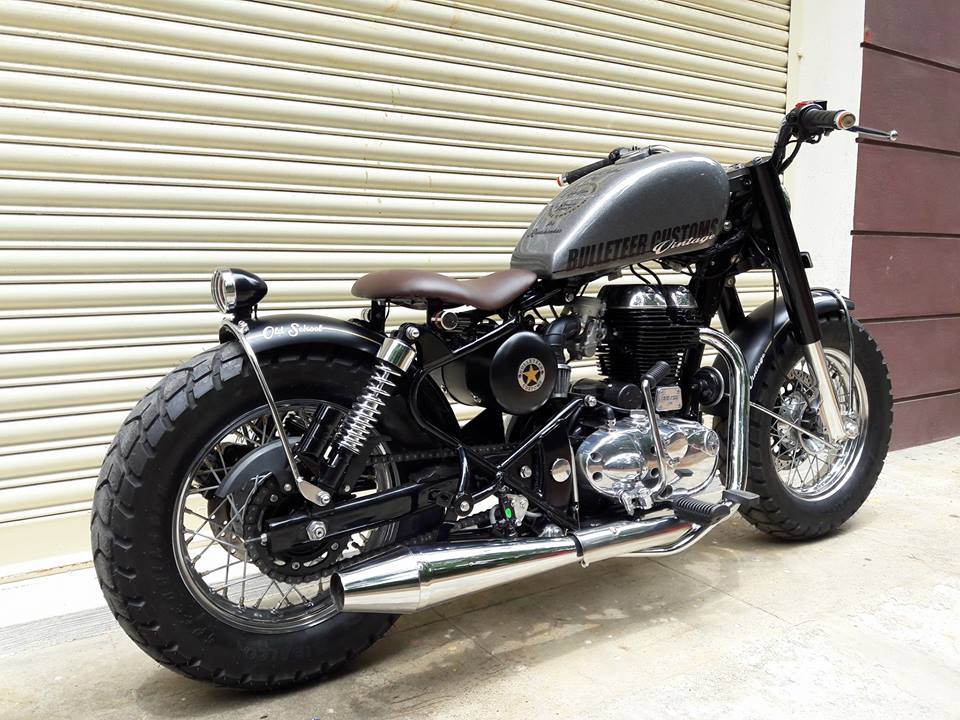 The skeletal nature of the build is evident in the rudimental but finished in leather rider’s seat and exposed mechanicals which sit below. We like the rocket launcher exhaust and the neatly finished rear swingarm, cohesively connected to the frame by chrome finished springs. 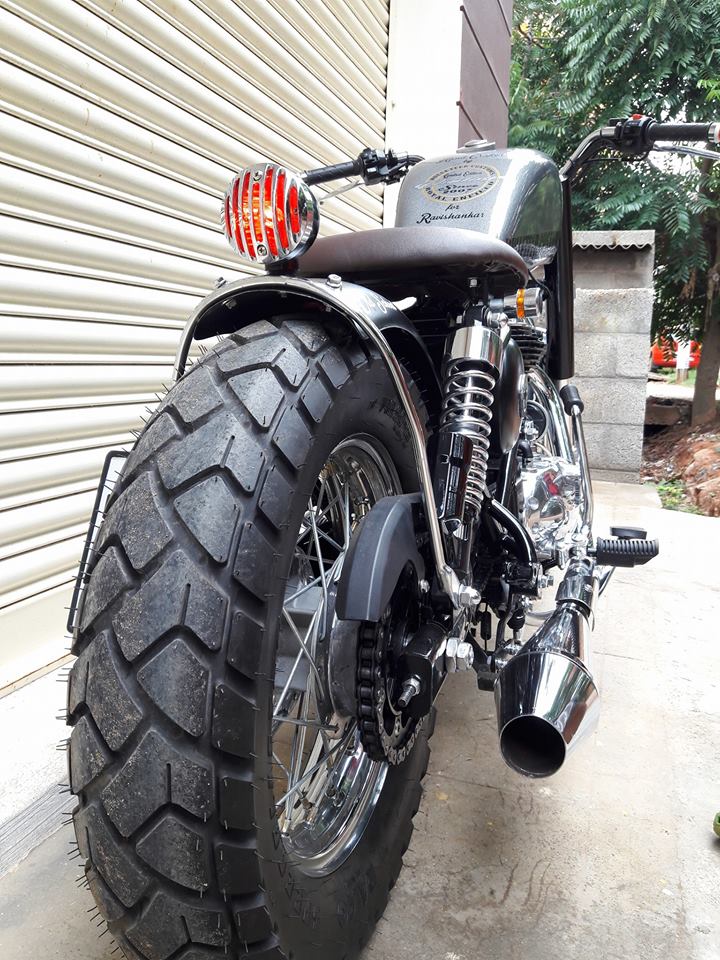 Caged behind bars, that tiny little taillight looks like it glows in the 1940s. Modern functionality and ease haven’t been skimped though and things like disc brakes, instrumentation and the headlight are very today. If you like what you see, do contact Bulleteer Customs on Facebook.