The Royal Enfield Continental GT Surf Racer is one of the finest custom iterations of the cafe-racer. The motorcycle, customised by Sinroja Motorcycles, was displayed at the 2017 Wheels and Waves festival in the French town of Biarritz. 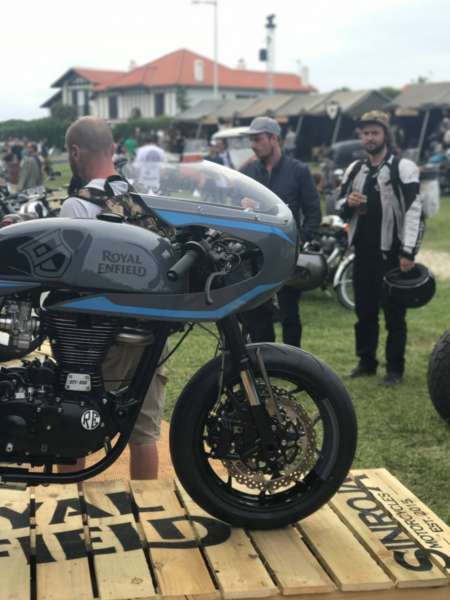 The Surf Racer strips down the Royal Enfield Continental GT to the essence of a cafe racer. Upfront is a new half fairing which improves the aerodynamics. The motorcycle is painted in metallic dark grey colour and gets contrasting highlights in the shade of blue. The fuel tank, along with the Royal Enfield tag, also dons Sinroja Motorcycles’ logo.

You May Like – Here’s A Tastefully Modified Royal Enfield Continental GT a.k.a. ‘Grey Hound’ 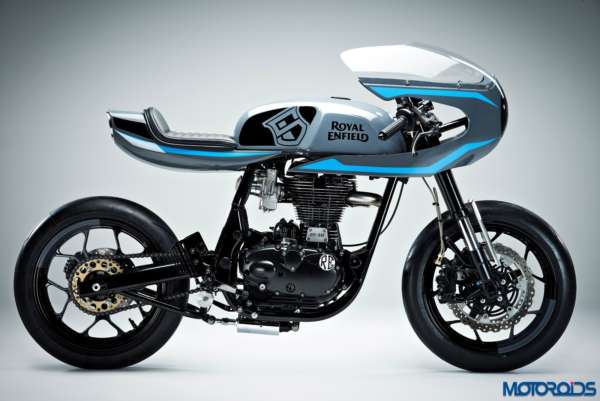 The stock, conventional telescopic suspension is replaced by an upside down unit while the twin-sided rear shockabsorber is traded for an under engine monoshock. The motorcycle rides on 17” alloy rims (instead of stock, spoked wheels) which are wrapped in super-sticky Pirelli Diablo Supercorsa SP tyres. Steering duties are performed a custom clip-on handlebar that lend an even aggressive riding stance to the cafe racer. Stock brake and clutch levers have been replaced by after market Brembo sourced units. 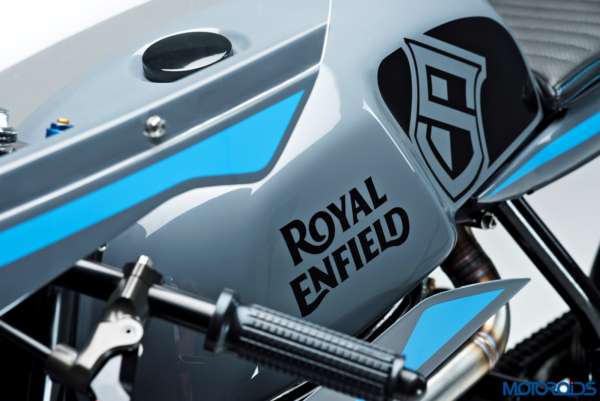 The Royal Enfield Continental GT Surf Racer is not just about visual upgrade. The stock 535cc single cylinder motor gets a higher lift cam, machined piston barrels for higher compression and a new inlet manifold. Air gets sucked in through a Dellorto carb conversion, and spent gasses are fired out the under seat ‘jet-style’ exhaust. That being said, the improved performance numbers are not yet available. Stopping power has been enhanced too as the Surf Racer uses a pair of petal disc brakes at the front instead of the stock single disc setup. 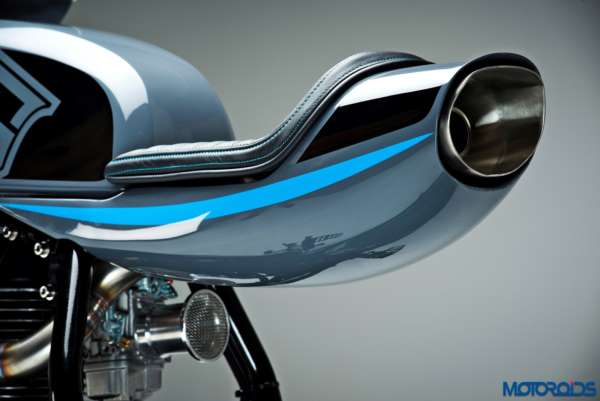 The Royal Enfield Continental GT Surf Racer is an absolute stunner. The build quality and finish looks pretty good in photographs. The added hardware such as new half fairing, upside-down front fork, engine upgrade and enhanced braking power should improve the ride experience.