A couple of weeks ago, Audi had revealed the Q7 in the international market and now they have also announced the launch of the SQ7, which is the sportier version of the standard 7-seater Audi. The 2020 SQ7 SUV is now getting an overall update, which includes both, cosmetic and mechanical changes. The 7-seater now boasts of a new striking design. While its interior includes new sport seats, an MMI navigation plus system with touch operation and Audi’s virtual cockpit including performance view as standard. The 4.0-litre TDI engine on the 2020 SQ7 is also paired with an electrically powered compressor that helps the car propel from 0-100 kmph in just 4.8 seconds. 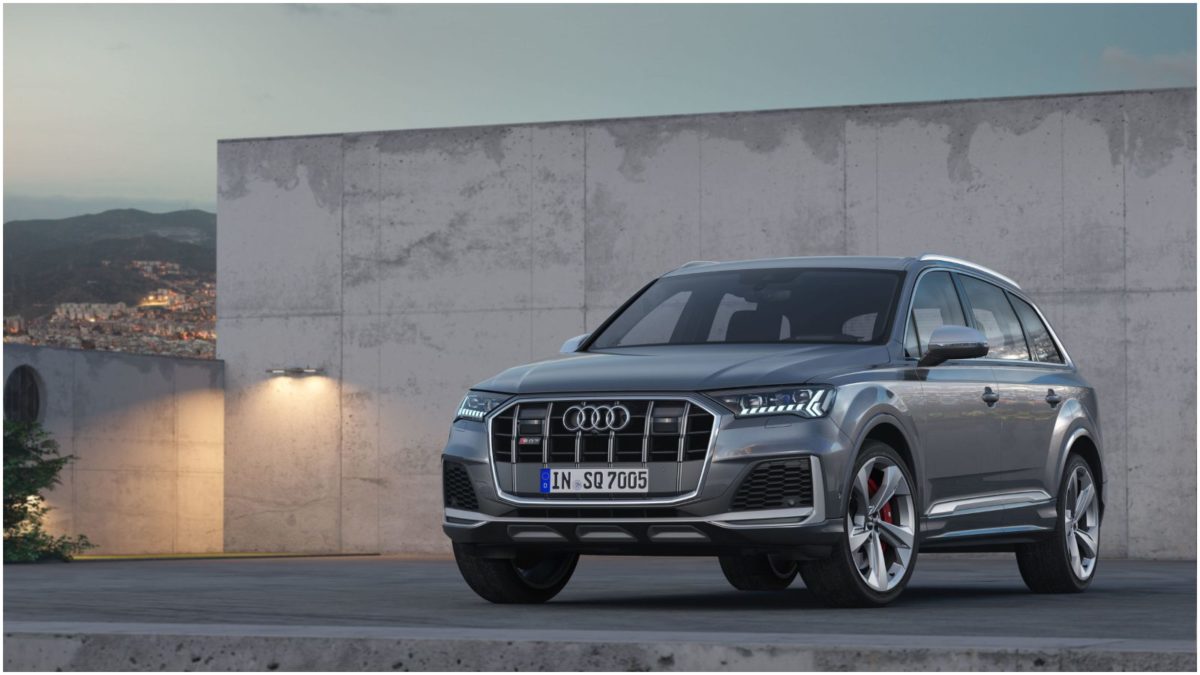 In terms of design and exterior features, the SQ7 demonstrates Audi’s current design language with S-specific details. Thanks to the twin-slats in the single-frame, along with the aluminium exterior mirror housings and the 4 exhaust tailpipes with chrome trims, the SQ7 stands apart from its standard version. While the three-dimensional blade in the bumper and the underbody protection at the rear looks even sturdier. Some attachments are painted in matt silver, while the black styling package is available as an option. The SQ7 SUV is also equipped with 20-inch cast-aluminium wheels, which have a 5-spoke turbine design with 285/45 tires as standard. 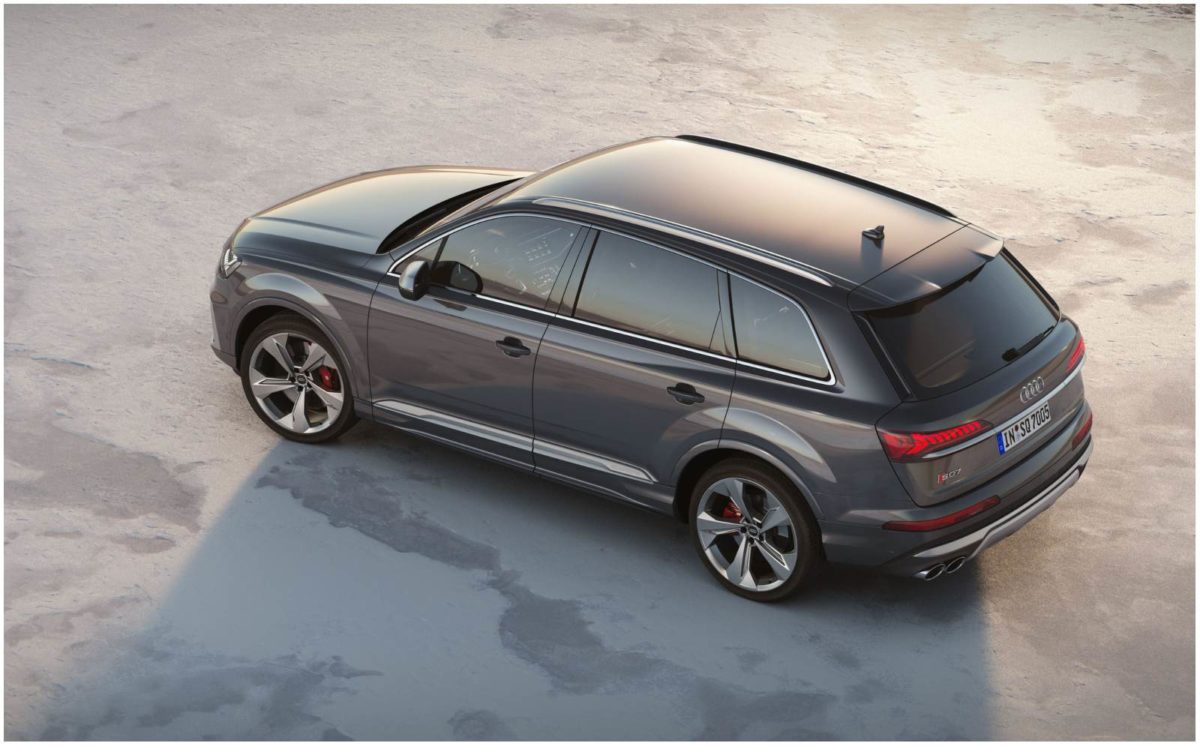 Talking about the interior, the series production model gets illuminated door sill trims with aluminium inlays and an S logo at the front. While the pedals, the footrest, and the loading sill protector are all made of stainless steel. The colour range includes shades like Black and Rotor grey, while Arras red is offered exclusively with the S model. The centre armrest is also designed to match this look. The 7-seater also gets standard interior features like Climate control, a massage function, MMI navigation plus, which includes touch operation, Google Earth, the hybrid radio, as well as the cloud-based Amazon voice service, Alexa, which is integrated into the MMI operating system. The other comfort features include Bang and Olufsen 3D Advanced Sound System, HD matrix, LED headlights including laser light as an alternative to matrix LED headlights and a dynamic turn signal, while the Adaptive Cruise-Assist also adds to the comfort. 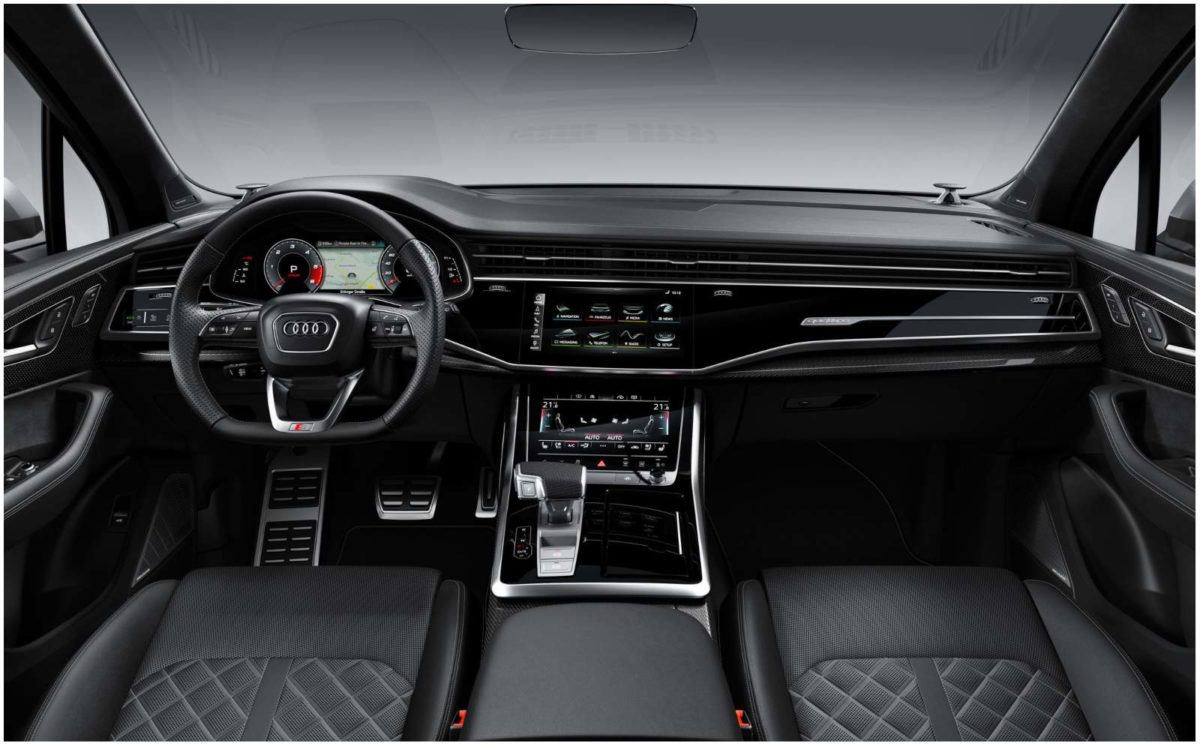 Also Read: All-New Audi Q7 Unveiled In Europe, To Be Launched In India By Early 2020

Mechanically, the SUV gets a 4.0-litre, 8-cylinder Diesel engine with Biturbo charging, which means the SQ7 can produce 435 HP and deliver a brawny torque of 900 Nm between 1,250 and 3,250 rpm. The large SUV is able to accelerate from 0-100 kmph in just 4.8 seconds and reaches an electronically limited top speed of 250 km/h. Depending on the equipment, the SQ7 TDI uses between 7.4 and 7.6 litres of fuel per 100 kilometres, which means the car produces 194 to 200 grams of CO2 emissions every kilometre it travels. The Audi SQ7 will launch with a price tag of EUR 94,900, in September and is already available for booking in some European countries.