The Yamaha RD 350 is a bike that has achieved a legendary status, the bike was regarded as one of the best, powerful and fun to ride bikes in its day. The main highlight of this beauty was the 2-stroke parallel twin engine which gave the bike a power output of about 30 bhp. It was sold from the year 1983 and sales stopped in the year 1989 due to pollution causes but many enthusiasts held on to their valuable motorcycles and we can still see many RD’s plying on our roads. One such enthusiast is Jassi who works on his bike to keep making it better. 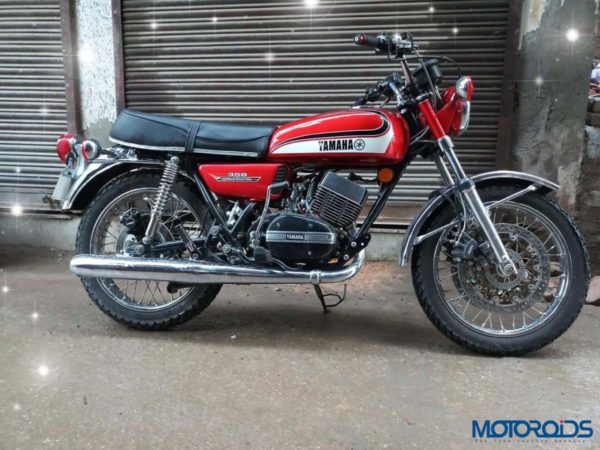 In the latest list of modifications, Jassi installed a single channel ABS unit for his disc brakes in front, yes Jassi has fit dual disc brakes on his pride and joy. The RD had a reputation of not having strong brakes, which was very common in the bikes of that era, so the addition of a disc brake was more of a necessity than a modification. While as of now only the front discs are equipped with ABS, using a Suzuki ABS system, the bike will get a dual channel ABS set up very soon. 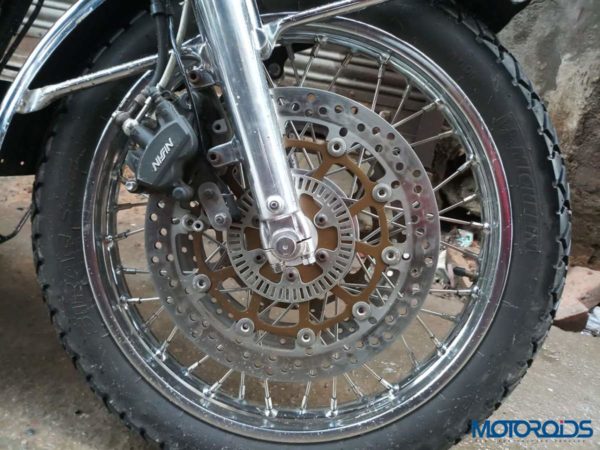 Also Read: VIDEO: Crazy Yamaha R15 Has An Eject Button For Its Pillion Seat And A Touchscreen Display

Talking about the bike, this bike was built in Japan and came to the country in 1983, the first model year. Jassi, who happens to be an RD restorer, has done quite some changes to the bike already and also has some plans for the future, however, the engine required no modifications and is still running good which stands as a testament to the bulletproof making of the Japanese motorcycles. The bike has Brembo discs with Nissin callipers borrowed from a Honda CBR 650 F and uses imported brake lines. The brake cylinder and clutch master slave cylinder are borrowed from a Yamaha Vmax and the hydraulic clutch and slave cylinder comes from a Suzuki Hayabusa. Here are some pictures of the legend for you to see.