As I have said before, the Polo GT TSI is a magnificent car, a car which can take your groceries on weekdays and satisfy your need for speed on the weekends. Today, we will feature yet another modified Volkswagen Polo GT TSI which is owned by a fellow petrolhead, Jamshir who calls his car Arkham Knight. Jamshir got the car in red when he brought it and soon got a custom two colour wrap, blacked out taillights and a chrome delete which gives the car a unique appearance. Apart from that, there are a bunch of other modifications which you can read about below. 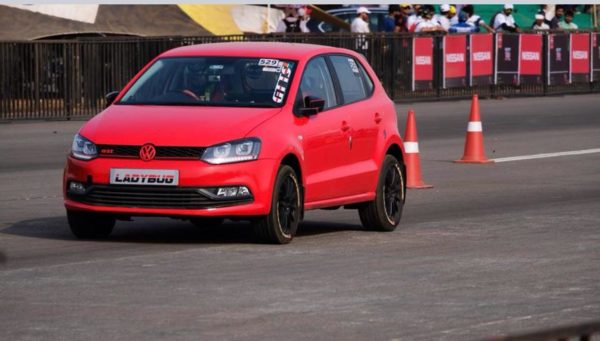 On starting the car, Jamshir wakes his neighbours right up courtesy of the Borla Spitfire exhaust system, which produces nice cracks and pops on upshifts. The headlights have been replaced with aftermarket projector headlamps, which look like the units seen in the Volkswagen GTI, and Osram HID fog lamps. On the inside, the car has a Blaupunkt San Diego 530 head unit which sends audio files blasting through Blaupunkt Velocity component speakers, Sony Xplod 1350W base tube and Chicago CA-806 4CH gold series amplifier. The upholstery is replaced with AutoSuit seats with contrasting red stitching. 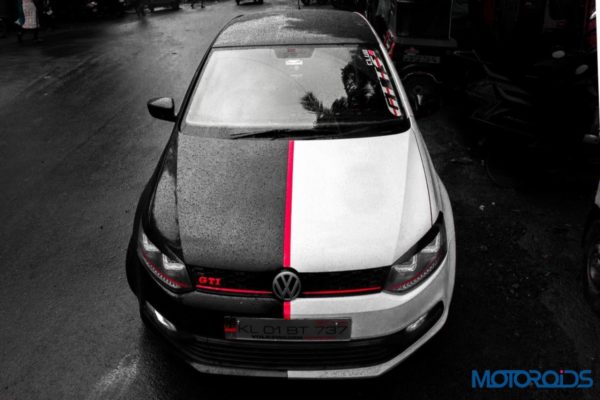 Talking about mechanical changes, the car has a Superchips stage 2 ECU remap and a Superchips DSG remap which bumps up the power by a great margin. To help the car breathe better, Jamshir installed a PiperCross cold air intake and a forged blow-off valve which releases extra pressure held in the turbocharger when the accelerator pedal is released. To put the extra power on the road, the custom matte wheels are wrapped in 205/55/R15 Yokohama S Drives. Jamshir is a true enthusiast and took the Arkham Knight for the valley run this year and came fourth in his class, which is quite commendable for a guy who raced for the first time. Look at some images of the Arkham Knight below.

Want us to feature your modified car? Send us a list of modifications done along with pictures at feedback@motoroids.com or our facebook page inbox.