Home Ferrari LaFerrari Spider to be more expensive than a Bugatti Veyron? 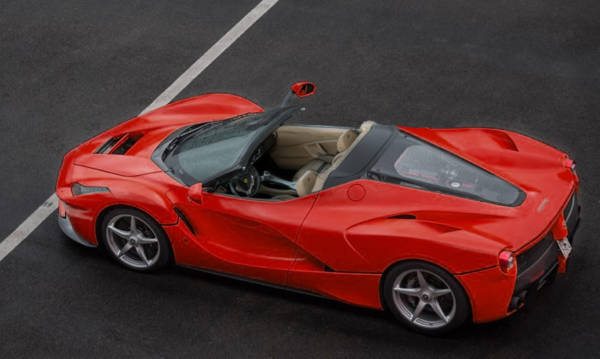 Ferrari will introduce two versions of the LaFerrari next year, one will be an all-mad FXX version, of which around 30 will be made and power output for those will be around a thousand and fifty brake horse power. The other version will have it’s roof taken off and the good folks at Maranello will charge you twice the amount they charge for a coupe LaFerrari. This way, the LaFerrari Spider will be more expensive than the Bugatti Veyron Grand Sport Vitesse.

The LaFerrari is the first road going hybrid from Ferrari, providing the highest power ever produced by any road-going car to come out of Maranello. The engine is a 6.3 litre V12, producing 800 ps and 700 nm of torque that goes up to 963 ps when the KERS system kicks in. The car can hit top speeds exceeding 350 kmph and will hit 100 kmph in under 3 seconds.

Ferrari plans to give the FF a mid life boost and launch a better version of the stratospherically brilliant F12, which will feature some styling changes and an upgraded V12, thankfully the turbo-charger is not making inroads here. The next-generation 458, powered by a twin-turbo V8, rated for approximately 650 ps should be launched next year.