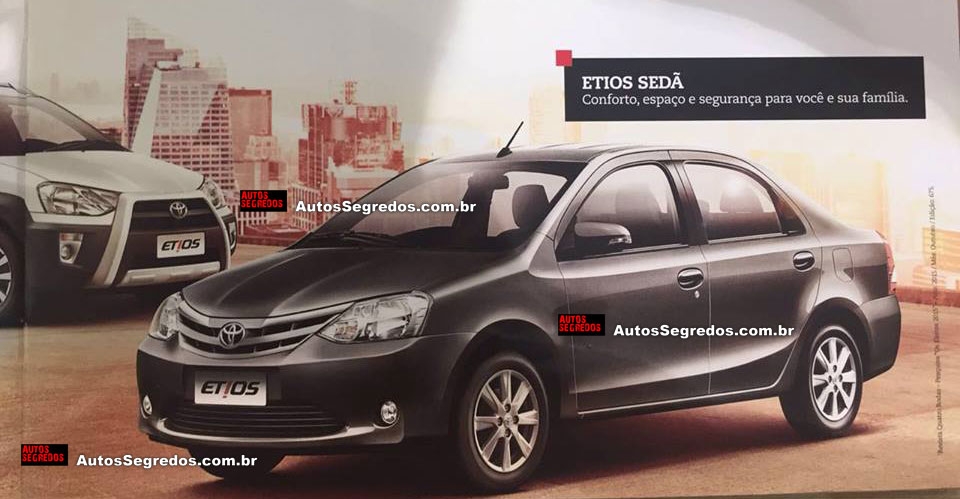 The 2017 Toyota Etios facelift has been completely revealed through leaked images of the official brochure of the vehicle. The images of the product brochure have surfaced over the internet just a week before its official launch in Brazil. As per reports, the launch event will take place in the aforementioned country on 19 April 2016. The launch of the Etios sedan will be accompanied with the Etios Cross. 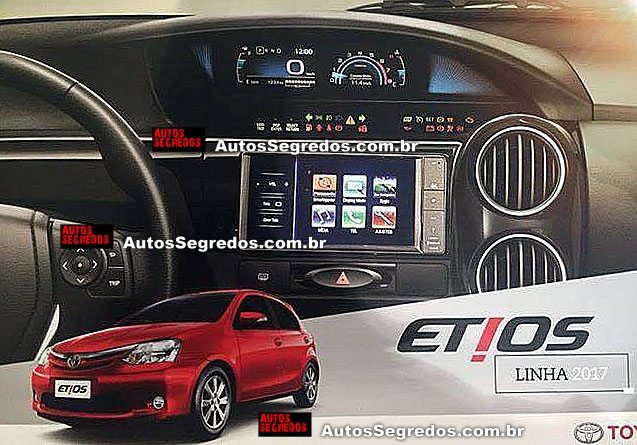 On the visual front, the 2017 Etios sedan has received few cosmetic upgrades like a reworked front grille with chrome slats instead of the minimalist design on the current version. The front bumper has also been redesigned and noe features new fog lamp housing and clean protruding lip. The side profile shows the same clean design lines and nothing seems to have changed there, but the new Etios drives on newly designed alloys. Details of the Etios Cross have not been shown much, but by what can be seen, the Cross variant has not received any major updates on the looks, especially on the front fascia. 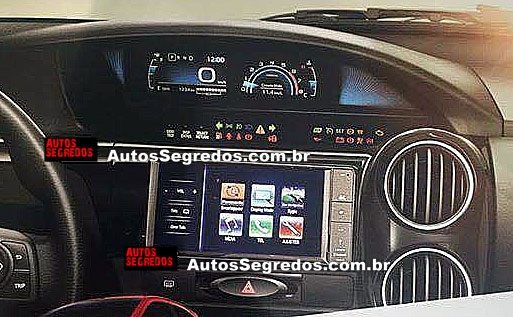 The interior is where the whole upgrade and facelift drama is significant. The instrument cluster seems to have been swooped towards the driver side and features a new digitally upgraded setup. The centre console has been decorated with a new touch screen infotainment system, while there’s new cruise control technology. 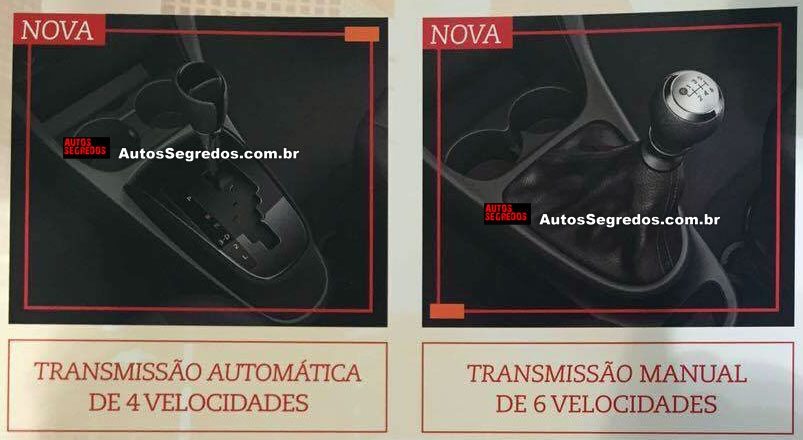 In Brazil, the 2017 Toyota Etios facelift will be powered by retuned versions of the 1.3-litre Dual VVT-i and 1.5-litre Dual VVT-i petrol engines. Both engines are claimed to be 9% more fuel-efficient than the previous versions. The 1.3-litre engine will deliver 98 bhp, while the 1.5-litre engine if good for 107 bhp. These engines will drop the old 5-speed gearbox and will come strapped with a new six-speed transmission that will lower the fuel consumption. The 2017 Etios duo will also be available with a 4-speed automatic transmission.

(All INR prices are approx figures)