Home Skoda Fourth Generation Skoda Octavia To Get Hybrid Variants; Will Be Unveiled Next Month

A few days back, Czech carmaker, Skoda, had unveiled the first few sketches of the fourth generation Octavia sedan. However, the brand has now also revealed a few details about the car ahead of its global unveil, which is said to take place on the 11th of November in Prague, Czech Republic. The most interesting of all the details is the fact that the new-gen Octavia will be getting a number of different variants including, a plug-in hybrid variant, a mild-hybrid variant and even a CNG variant. Have a look at the new Octavia testing with a colourful camouflage in the video below:

As we already know, the Octavia has been one of the best-selling luxury sedans in Skoda’s lineup, which is why the company is putting a lot of efforts to make this car better than its competition and one of the best in its segment. So, to add a premium yet sporty touch to the car, the 4th gen Octavia will now draw inspiration from Skoda’s new design language, which is already present on the Superb. In terms of exterior design cues, the car gets a more emotive look and larger dimensions when compared to the previous-gen Octavia, this helps the car secure its place in the list of the most aerodynamic cars in the world. Apart from the design, the new Octavia will also be getting a set of new LED Matrix headlamps, a bigger interior, a new HUD (Head-Up Display), two 10-inch touchscreens, a new shift-by-wire DSG gearbox and a bunch of innovative assistance systems such as Collision-Avoidance Assist and Exit Warning. 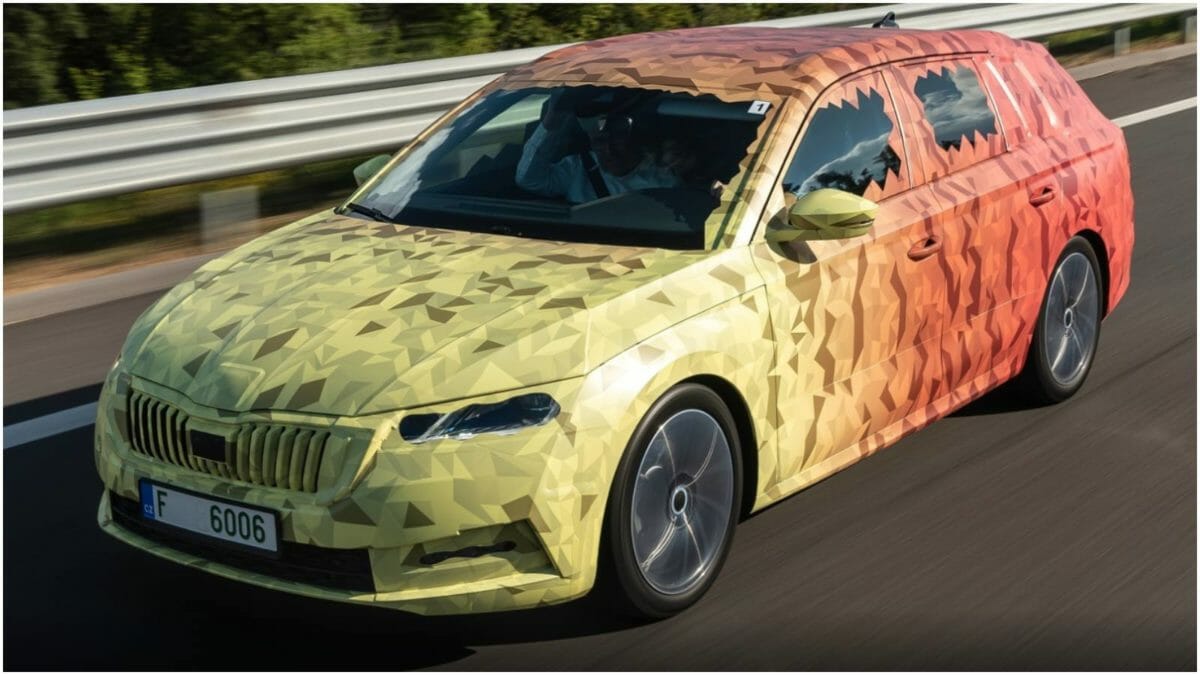 Mechanically speaking, the new-gen Octavia will be getting 3-mild hybrid petrol engine variants: a 1.0-litre 3-cylinder TSI mild-hybrid engine producing 110 PS, a 1.0-litre 4-cylinder TSI mild-hybrid engine producing 150 PS and a 2.0-litre TSI mild-hybrid engine producing 190 PS. The plug-in hybrid variant gets a 1.4-litre TSI petrol engine, along with an electric motor, producing a total power output of 204 PS, while another version producing 245 PS will be added later on. The diesel variants will be getting 3 engine options that provide power outputs ranging from 115 PS to 200 PS, while the 150 PS and 200 PS diesel variants will also be available with all-wheel drive options. On the other hand, the CNG variant will be getting a 1.5-litre TSI engine that produces over 130 PS of power. All these engine variants will be available with 6-speed manual gearboxes or 6/7-speed DSG gearboxes. Stay tuned for more updates on the upcoming Skoda Octavia!