Ever wondered what the royal families would ride if there were bikes in the 16th and 17th century? Well, Rajputana Customs might have had the same thought, which is why they went ahead and converted this thought into reality by customizing a Royal Enfield Classic 500 into an antique-looking bike called Ranisa. The bike gets plenty of gold-plated inserts to give it a touch of royalty. Rajputana Customs is bike modification company based in Jaipur, Rajasthan. They are well-known for customizing standard bikes and giving them a new premium identity. Have a look at their latest creation in the video below:

As seen in the video above, the Classic 500 has been completely modified to give it a more classy and premium appeal. In terms of design and chassis, the bike now gets a USD front fork, raised handlebars and plenty of gold and brass plating. The seat is made out of brown leather and is hand-stitched to perfection. The new set of fat tyres and the blacked-out engine provide the bike with a bold and classic stance, that makes it stand apart from other retro-styled bikes. 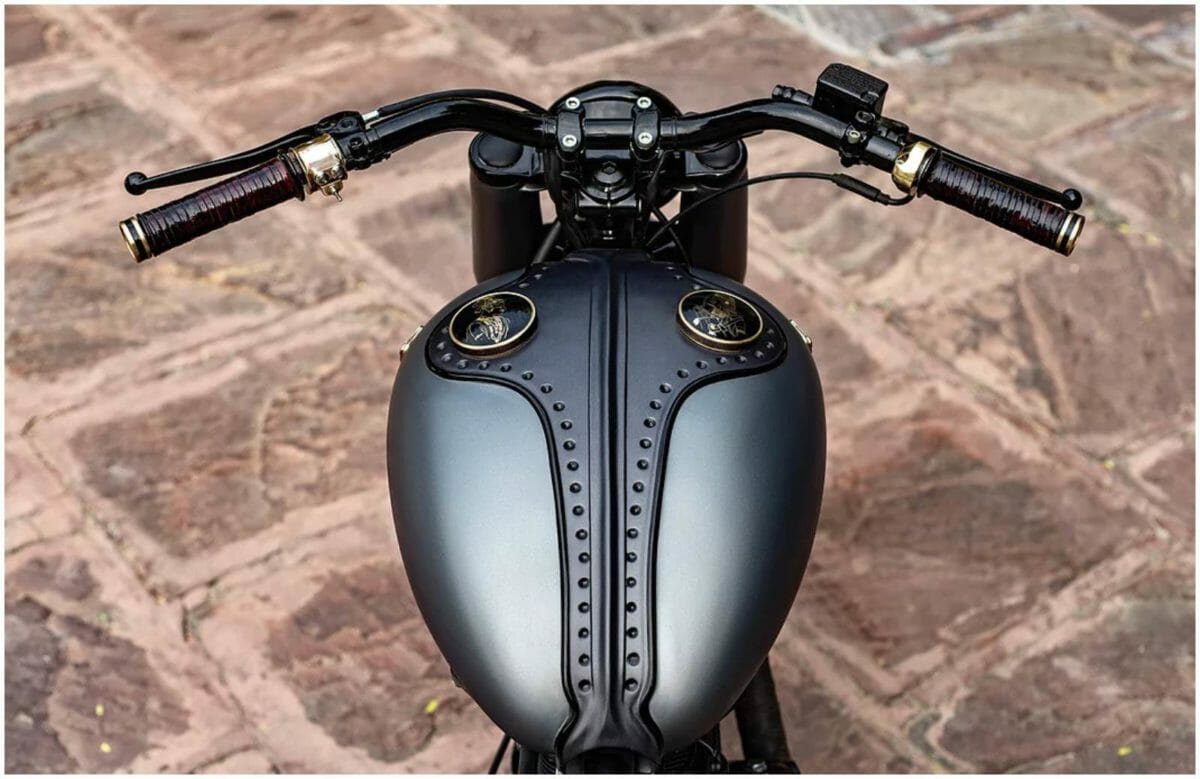 Also, the bike gets a single seat, a set of fully-covered gas-charged dual spring suspensions at the rear, a low side-mounted number plate holder and taillight and below-the-seat side indicators. The fuel tank looks identical to the standard Royal Enfield Classic 500 in shape and size, but it gets a whole new design with 2 pop-out circles that have the portraits of a king and queen, for an enhanced visual appeal. 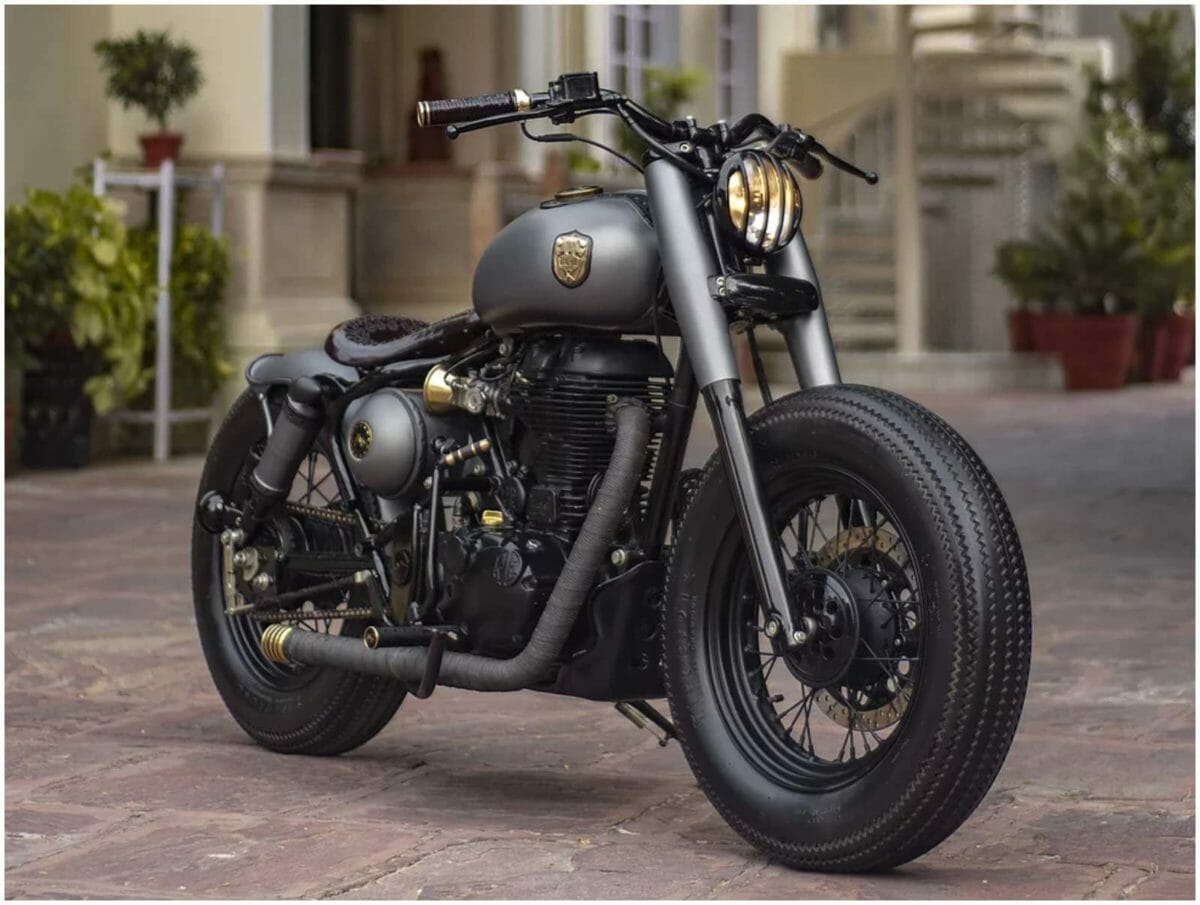 Mechanically, there might be no changes made to the engine, as this is only a visual customization project. Which means, the bike retains the original engine and power output figures from the standard Royal Enfield Classic 500. The bike is powered by a 499cc air-cooled engine, producing 27.2 HP at 5,250 rpm and 41.3 Nm of peak torque at 4,000 rpm. This engine is then paired with a 5-speed constant mesh gearbox. However, since the Ranisa gets fat tyres, chances are there that the overall weight of this bike might exceed 200 kgs and the performance might have been reduced noticeably. The bike takes almost 2-3 months to build and the prices will only be revealed to a potential customer.