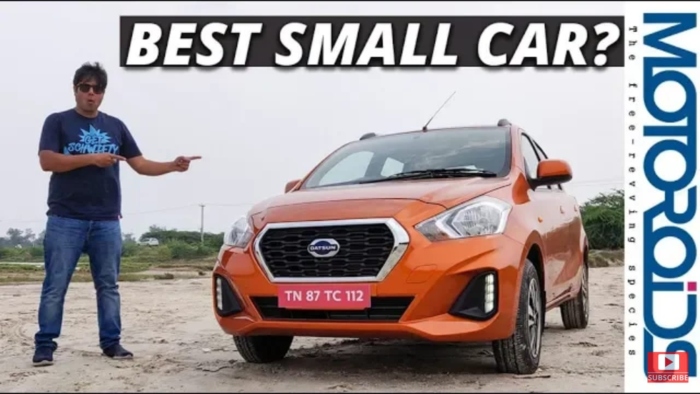 Datsun gave their entry-level cars, the Go and the Go+ an update, as we said before we would shortly come up with a comprehensive, in-depth review of the cars. So here we are, presenting you the updated Datsun Go. The car got a facelift, which addresses the complaints of previous customers, seems like Datsun was listening to them. It features a host of changes on the exterior and in the interior, making it even a better package now. 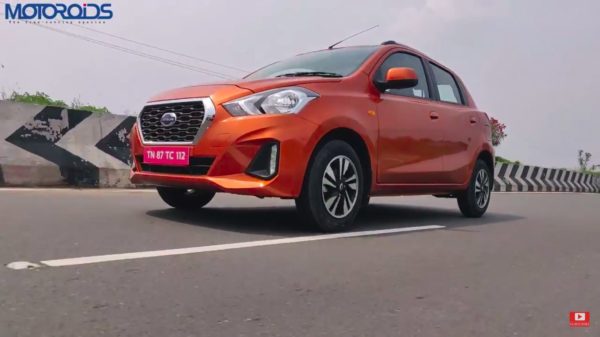 On the exterior of the car we see quite a few changes which give the car a much better look than before, the front bumper gets stronger cuts which add more aggression on the front end. The front grille now gets a chrome surround and Datsun also offers LED fog lamps with a black fibre surround on the bumper. Coming to the side of the car, you get body coloured door handles and ORVMs on the top end variant with stylish roof rails and new 14-inch alloy wheels. The wheels are wrapped in 165/70 section MRF ZVT Tyres. On the rear, you get a new bumper design which goes with the new front bumper adding to the aggression. You also get a chrome strip on the boot door which adds to the up premium appeal of the car, once you open the boot, a storage space of 265 litres of storage and a steel full-size spare wheel. 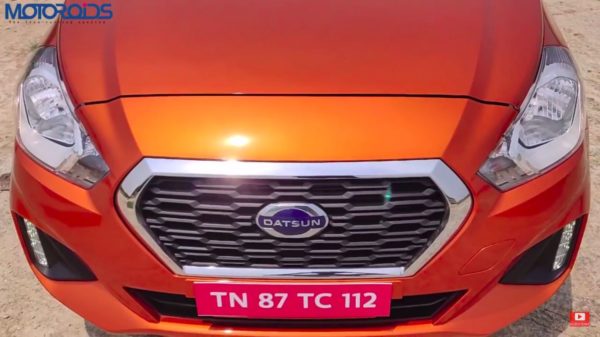 The inside carries the most amount of the changes in this facelift, the old interior is where the customers had most of the complaints. The dash now gets better-looking panels, with some faux carbon fibre inserts here and there in the car. The seats are covered in better materials with orange accents and a GO badge on the backrest, even the floor mats get the same orange accents. The steering wheel gets sliver accents which look very neat, however, the steering wheel does not get control buttons. We would have loved to have more storage spaces in the cabin, where you just have two cup holders, one of which is blocked by the gear shifter console and only the front door get pockets for storage while the rear gets only one bottle holder. The rear seats offer decent space for the segment but the integrated armrests are quite redundant and as mentioned the lack of storage spaces is a minor problem. 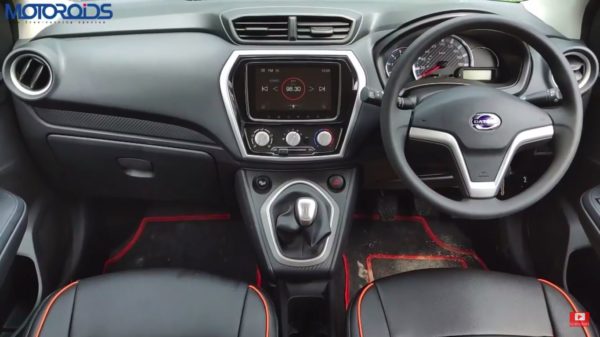 Datsun has taken the safety aspect very seriously, considering the new Go now offers ABS with EBD and a drivers side airbag as standard. It also gets a speed alert bell and rear parking sensors which will be mandated by the government soon. The top end variant comes equipped with dual airbags and also gets a new 7-inch touchscreen enabled infotainment system. The infotainment screen is the main highlight of this update, which would be appreciated by many customers. You still get a manual air conditioning system which has a sort of tacky buttons. The infotainment system offers multiple connectivity options including Aux-in, Bluetooth and is even compliant with Android Auto and Apple CarPlay. The driver console now gets a tachometer as well as a small MID screen surrounded by a faux carbon fibre panel. The Datsun Go is definitely a step ahead of its rivals in terms of equipment on offer. 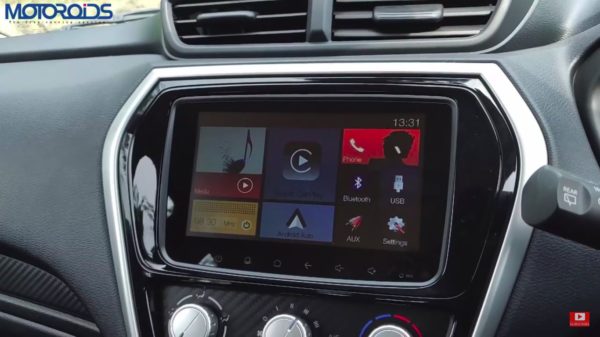 The car uses the same 1.2-litre three-pot motor which is good for 68 PS of power and 102 Nm of torque and has a rather nice sounding engine note with high bass. The engine is redlined at quite an early stage at 5200 rpm, but that said it has got quite some torque at the low end which makes the car brilliant for rides in the city. The power feels sufficient for the car and the exhaust note delivers a sporty experience once the engine gets a bit noisy at about 2000 rpm and above. The gearbox is a five-speed manual and no AMT is on offer which is a bit of a letdown, the manual gearbox we found to be a bit too rubbery and probably could have been a bit better. The suspension is a bit towards the stiffer side which makes it a better handler while not compromising on comfort. The steering unit is very nice as well offering a great drive quality, however, the wheel itself is not adjustable for either reach or rake. 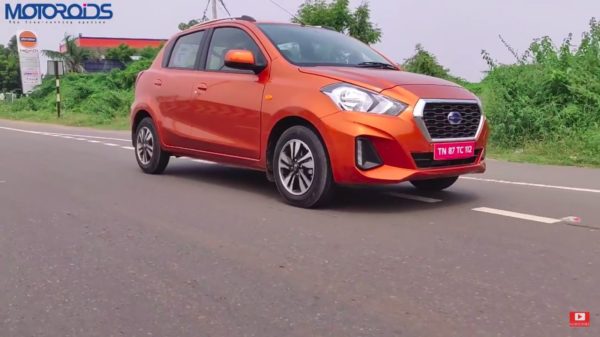 So here is the updated Datsun Go, a complete package which has improved by quite an extent. You now get better looks, a safer car and better interiors for a price which undercuts its competition. Retailing from INR 3.29 L to INR 3.89 L, Ex-Showroom, the new Go is definitely a car you need to test drive if you are looking for a car in the entry-level segment. Do watch our video linked below to know more about the car.