Nobody talks about resuscitation these days. All we hear is that things around us are being strangled by a carbon rope. Choking, dying and headed towards a doomed certainty. Until now, most of us were merrily playing with fire, until the fire started playing with us and this little blue planet’s very existence. Revival then could only be relegated to being a word. So while the world around us was still fueling the inferno in its soulless, lifeless, everyday machines, staring at an immediate, apocalyptic future, we took a Fiat Linea 125 S and its beating heart to places where the stench of garbage and mundaneness of concrete hasn’t made inroads yet. 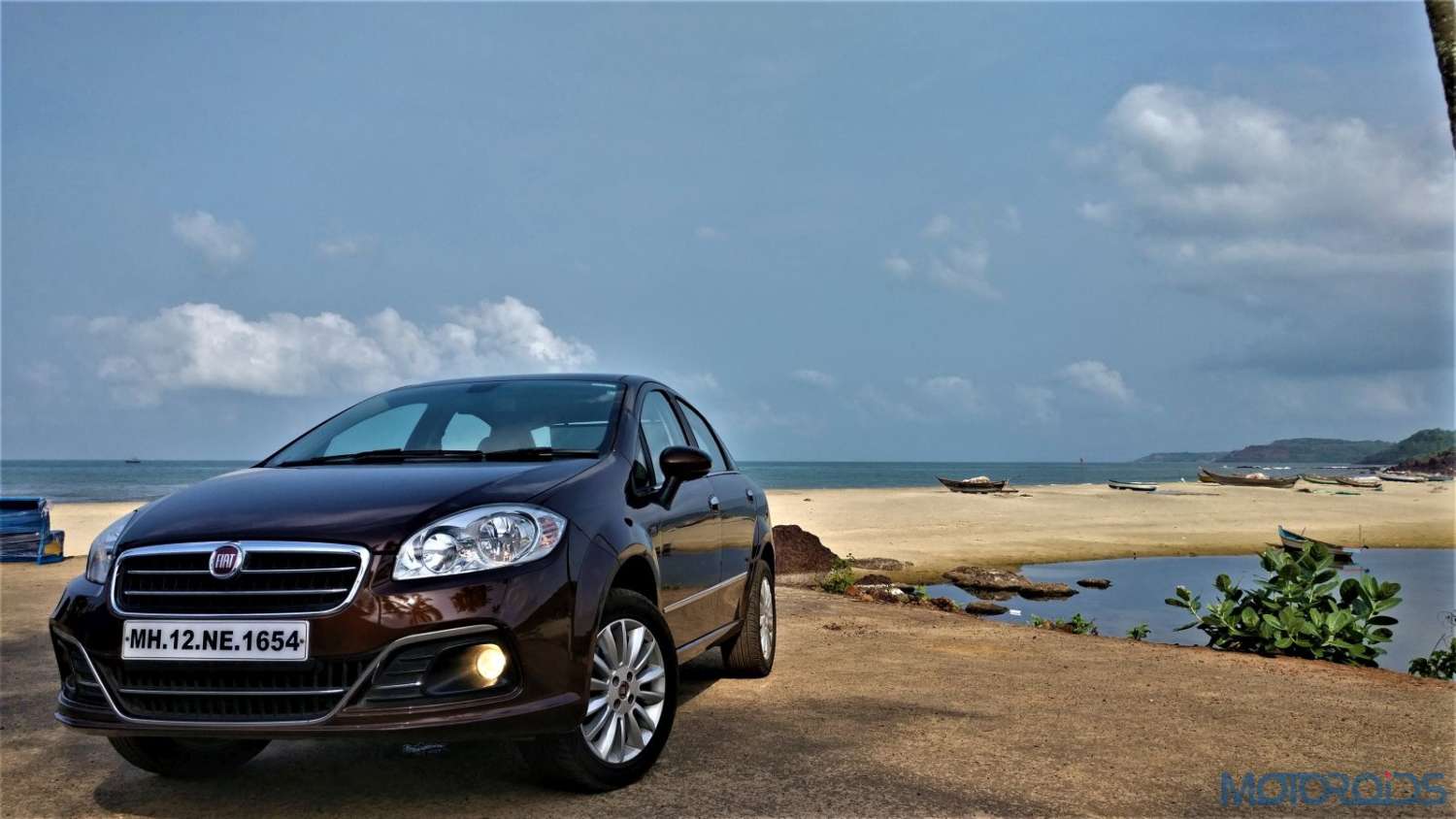 Where the sea hides all its misery under its pristine white surf, forgets the annihilation we’ve caused and rushes up with a pretty face at your feet. Almost tugging at your toes, pleading to stop, asking you to contemplate, to survive somehow. And if not that, for the damned race that we are, the subtle waves ask us to drink up our time on Earth. Live. Feel alive while we can, before a big one swallows a lot of us. Behind the wheel of the Fiat Linea 125 S, I was doing just that. 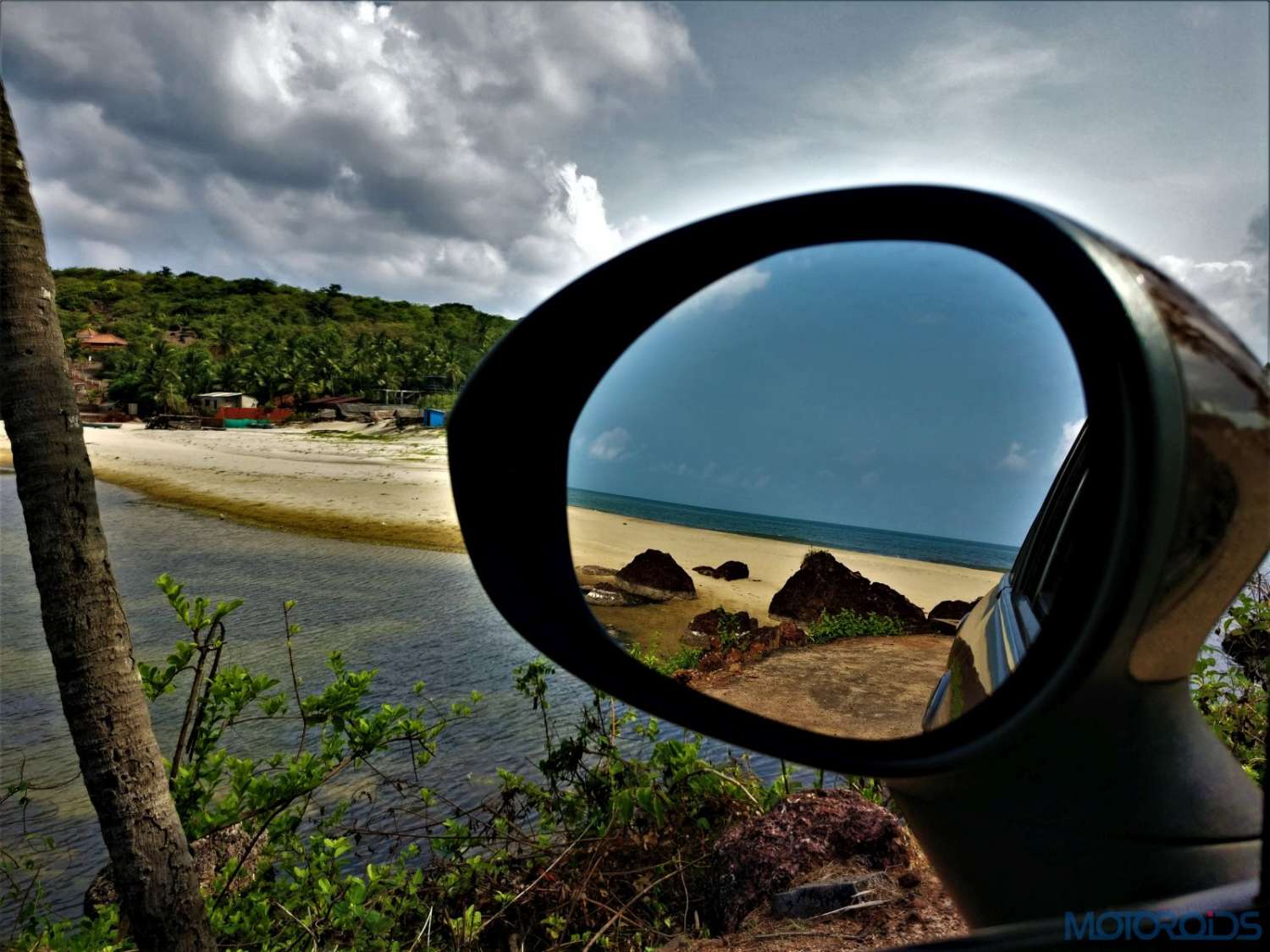 They say the knot on that CO2 rope can be eased if we take some drastic measures. But with a crazy boss at the helm of affairs, the United States has withdrawn from the Paris Agreement. While on the other hand, India has set an overly optimistic goal for itself to transform its surface transport means to all-electric by 2030! Oh and do not dismiss the resolve of those governing our country these days. If they can implement a rule that decides what you and I eat, they can do anything. Whatever the outcome might be, for all of our trying we might still just end up dying. And with that, what will perish first is a community of beings which takes pride in calling themselves ‘Petrolheads’. Unfortunately, with this new world order, sooner or later, we will have to wipe out all traces of that inflammable DNA. 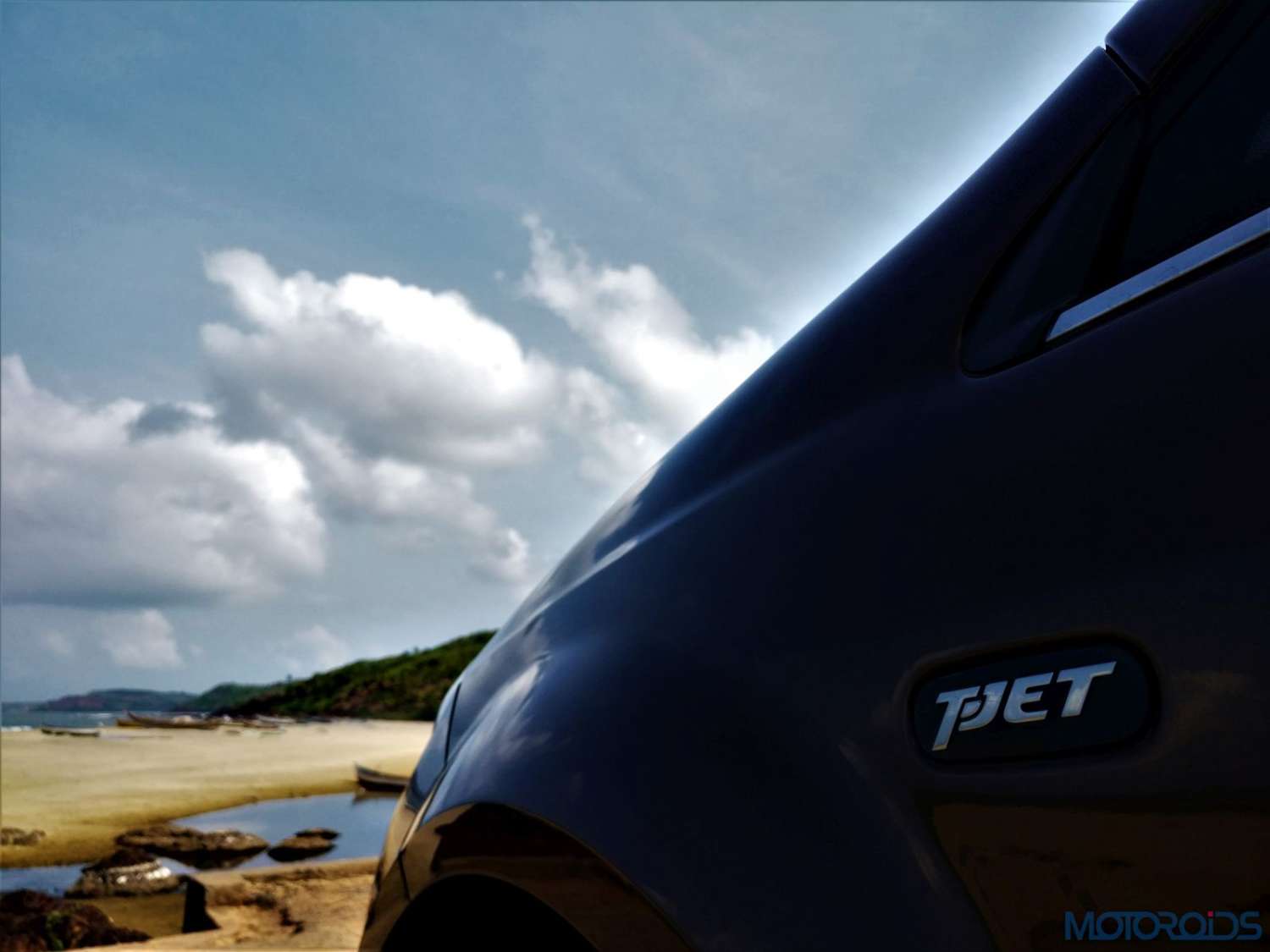 Until then, as I leave you to figure your plan of action, I had just cranked up the Linea 125’s 1.4-litre turbocharged motor, was surprisingly comfortable in a wide driver’s seat, wished the steering’s height could drop further down and left the city behind to catch up with my thoughts, at a place 650 kms away. 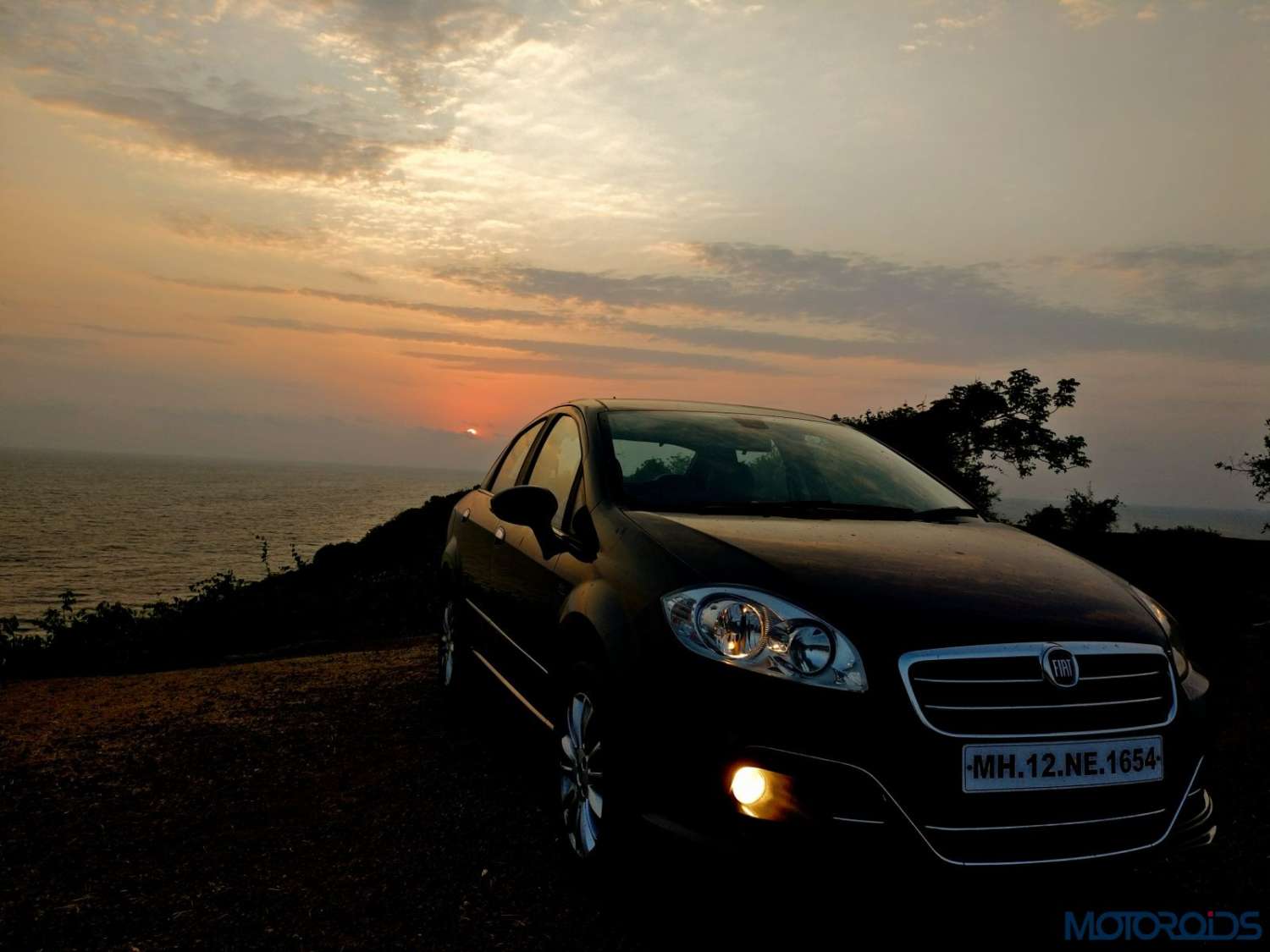 Inside a Fiat after a long time, I was pleasantly surprised to see that the angled keyhole didn’t look unfinished anymore, quality of bits and bobs had definitely improved. And the car I had been handed over even had tribe pleasing features like Cruise Control, Rain sensing wipers, auto headlights, a sun curtain on the rear windshield and a touch screen system whose GPS worked definitely better than Google. Stop reading now if you’re about to point out that it missed out on a Start/Stop button. 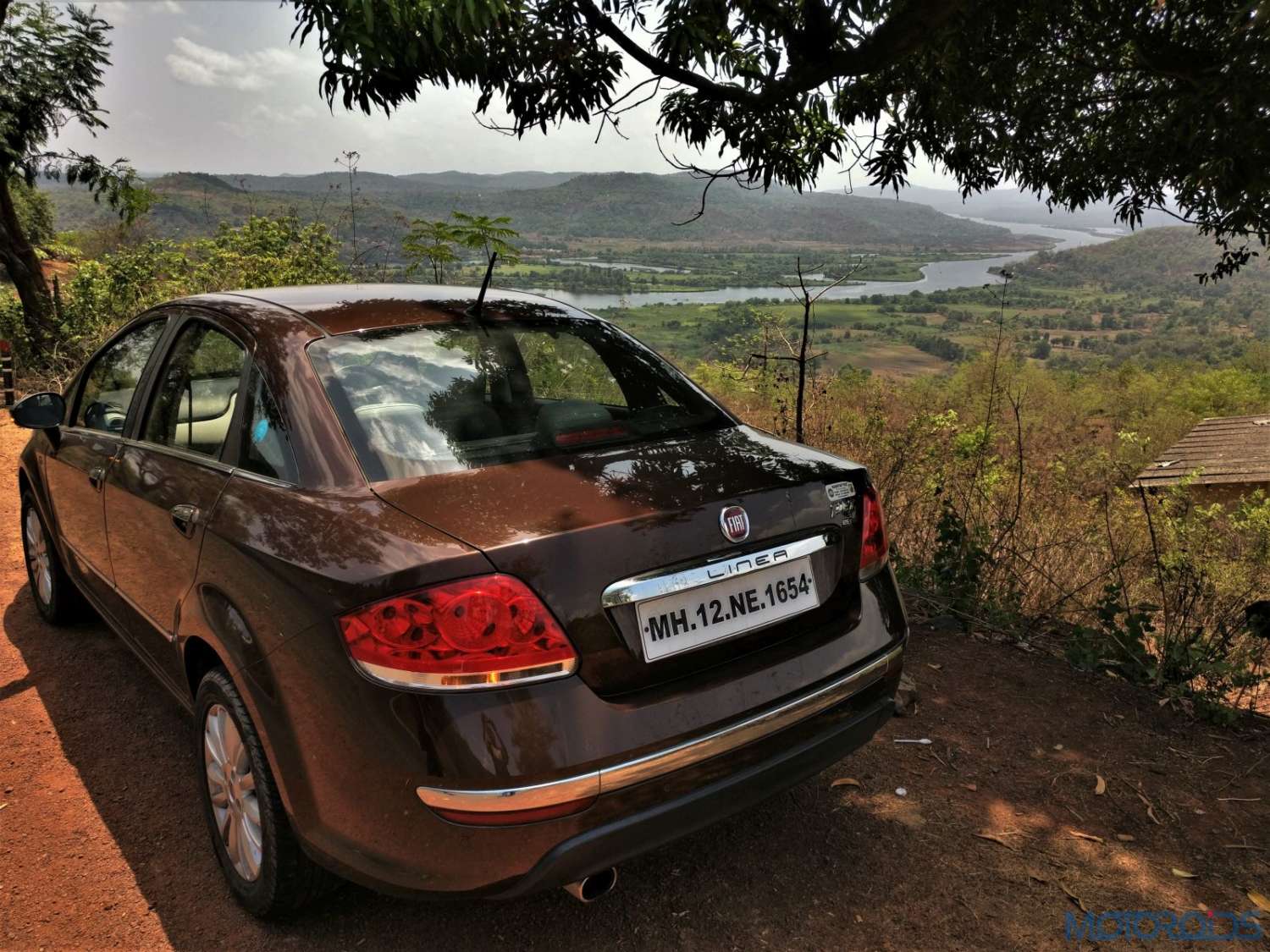 Straight away, the odour of my experience with modern, domesticated machines was being gargled with 125 PS of Listerine which filled the cap at 5,000 rpm and 208 Nm of electric brushing where the bristles worked best between 2,000 – 3,500 rpm. Unlike my previous experience with an Abarth Punto, the clutch actuated with precision and the heavy steering at low speeds took me back in time as I was still getting used to the rather rubbery gearbox. Within urban confines, the turbocharged motor throws no tantrums whatsoever and can be lived with if you’re simply moving along. 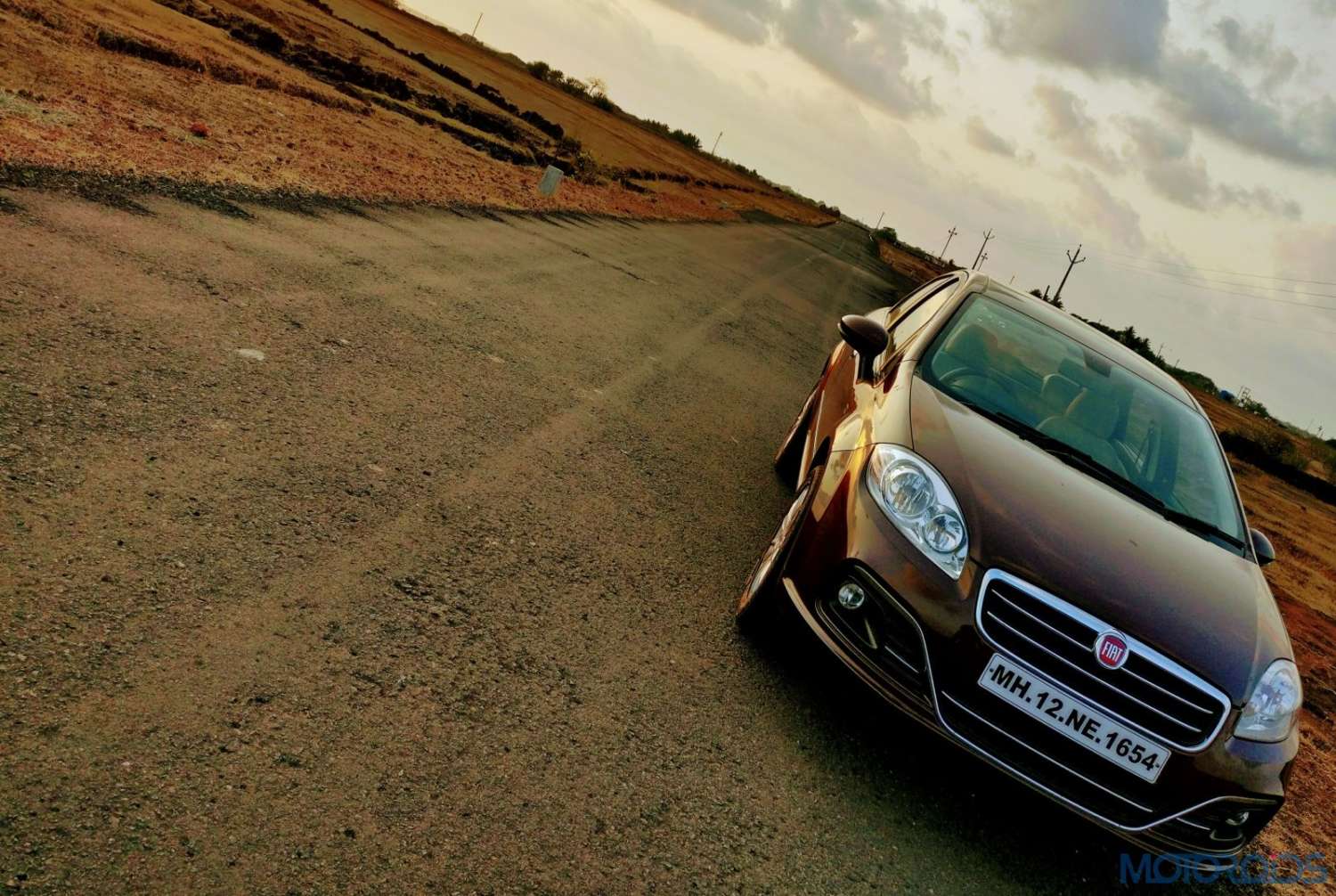 Out on the open road though, you have to keep that motor near the 2k rpm mark for it to deliver its flamboyance through that fat 205 section rubber. First gear launches will see you fight with that steering wheel, and by the time you’re done with second and move into third, you still are wrestling as there is another step up in power near the 3,000 rpm mark. From there on, the four potter turns into a mad hatter until 5,000 clicks, which is when the power curve starts levelling out. Third gear is good for speeds north of 150 kph, while the fourth cog is all you need to max the Linea 125 S out. But that is just half of the spell this car can cast on you. The other half or maybe all of it is about the brilliant chassis-suspension combination and that steering wheel which has been attached to a stethoscope at the other end. 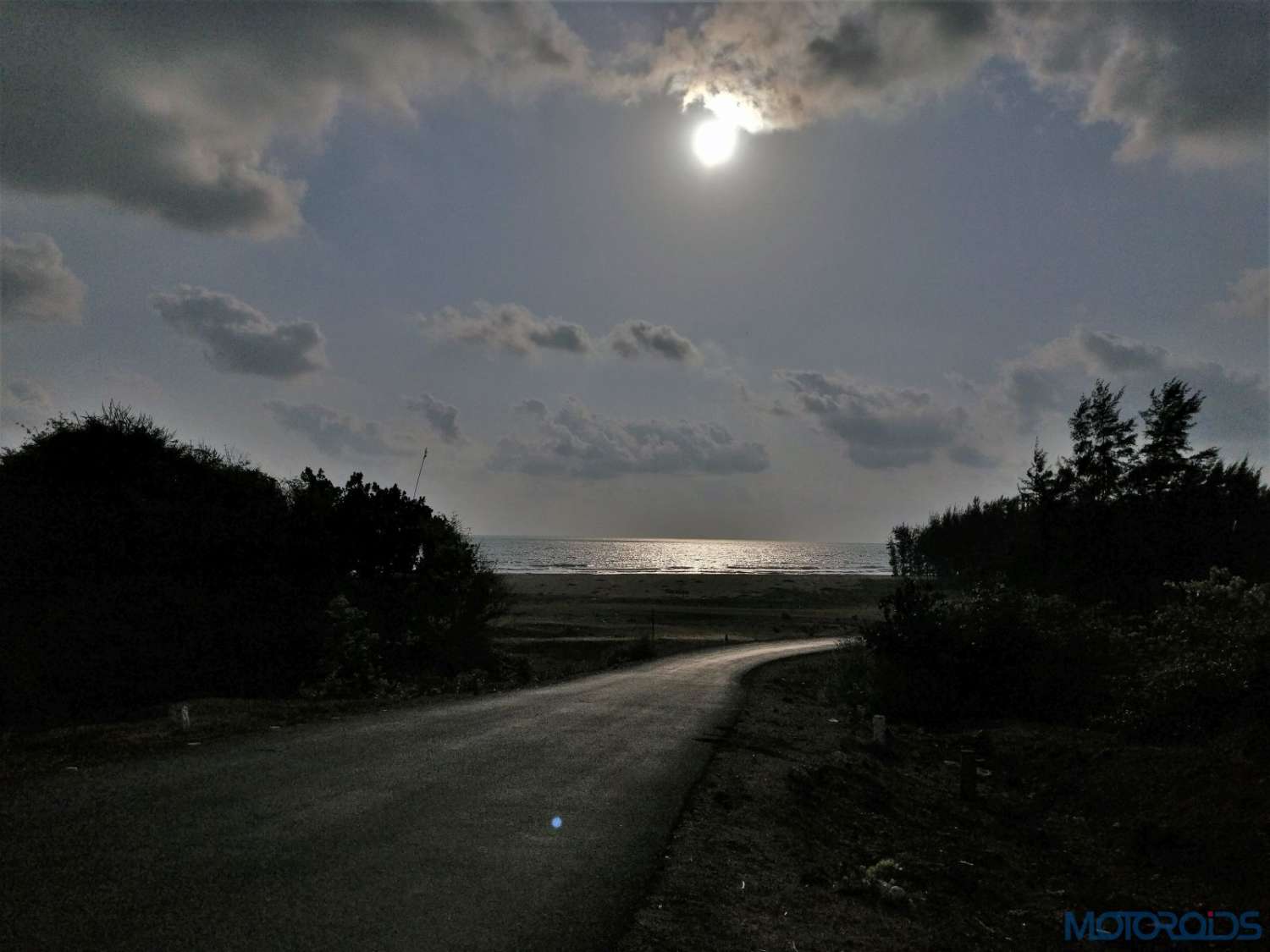 Five hours into the journey, I was now clear of the summer vacation rush and the Linea 125 S was licking the NH 17 with a slurp, leaving my senses filled with a sweet sensation. Taking the B-road that runs by the coast, all the way from Ratnagiri until Goa, the sweetness had only amplified as those massive tyres pulped fallen mangoes on the road. The thick summer air was filled with a heady aroma of Alphonso and some salt it carried from the sea which ran parallel. The Linea was swinging around corners with grace, none of its competition can match. On deserted roads which comprised of hairpins, fast corners and flat straights, the mud coloured Fiat went about its business like Nadal on clay. 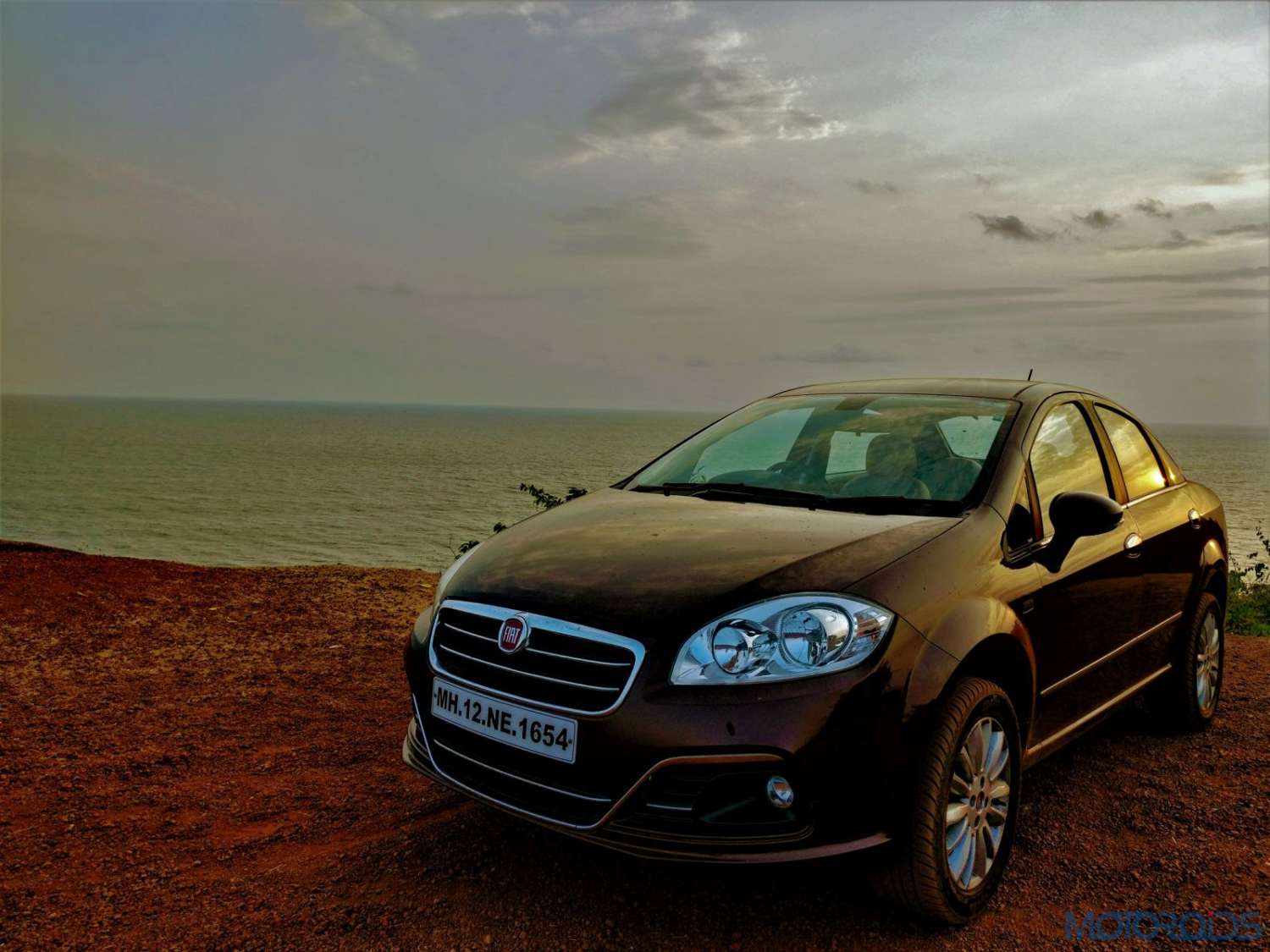 The Linea makes the driver feel so connected and involved in the act, there never is a dull moment when you’ve grabbed that leather wrapped wheel. It is one of those rare cars which has this feedback cable, one end of which is connected to the chassis and the other plugs into your bottom. Find a corner and no matter how much it tightens, this Fiat never does understeer like a typical FWD setup, allowing you to carry the speed you like with a pout to kiss the apex of your choice. 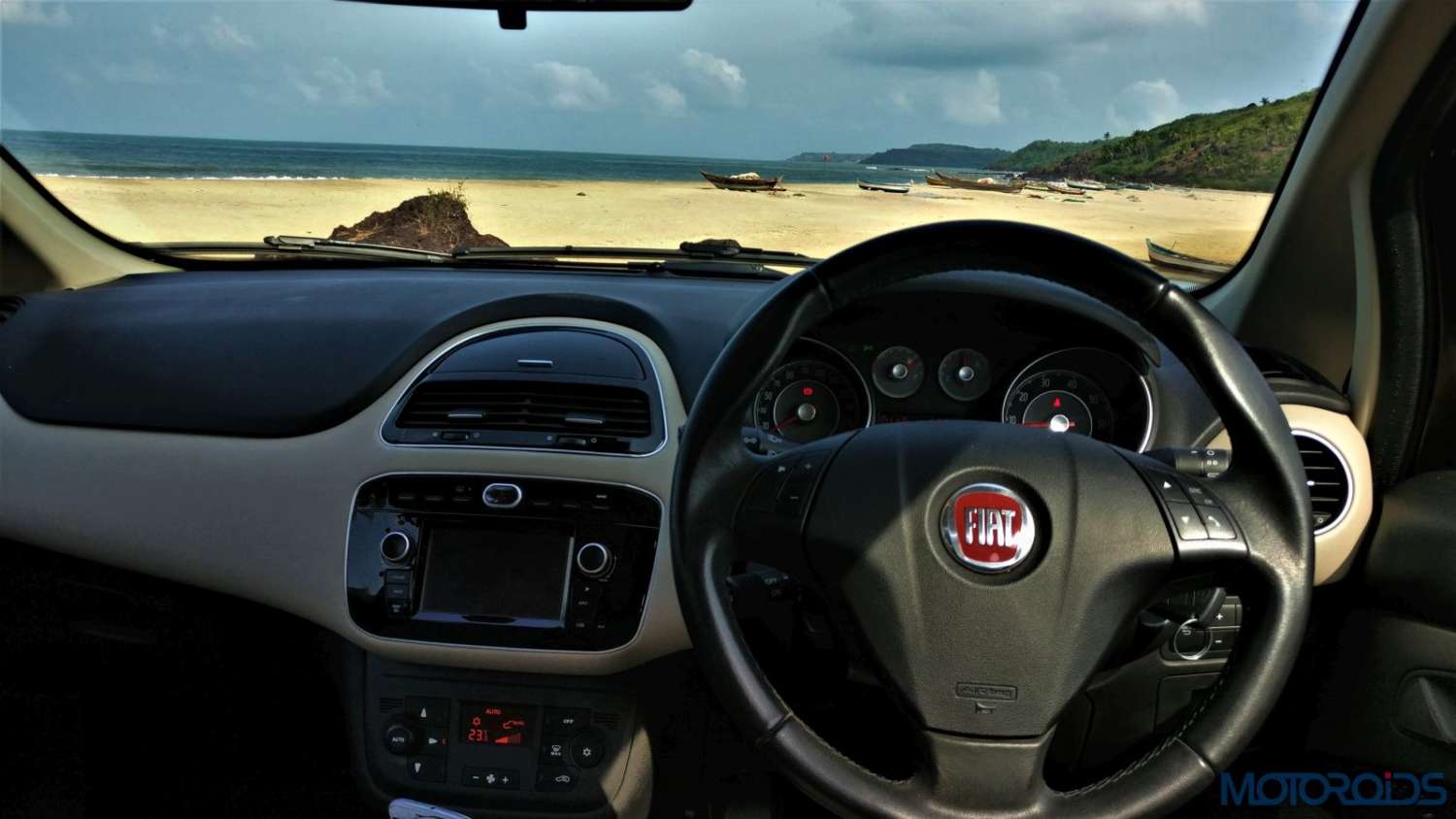 Had the ride height been lower and the springs stiffer, at times it felt I could turn it the other way round and still be fine. But then there’s always that Abarth Punto if you’re into those kind of things. Like a stupid wild jackal, driving all day, I had been to places which I did not plan on visiting and had taken nearly 14 hours to complete a journey which sometimes only takes 8. But I walked out of those seats without any discomfort, even thinking if could go any further. 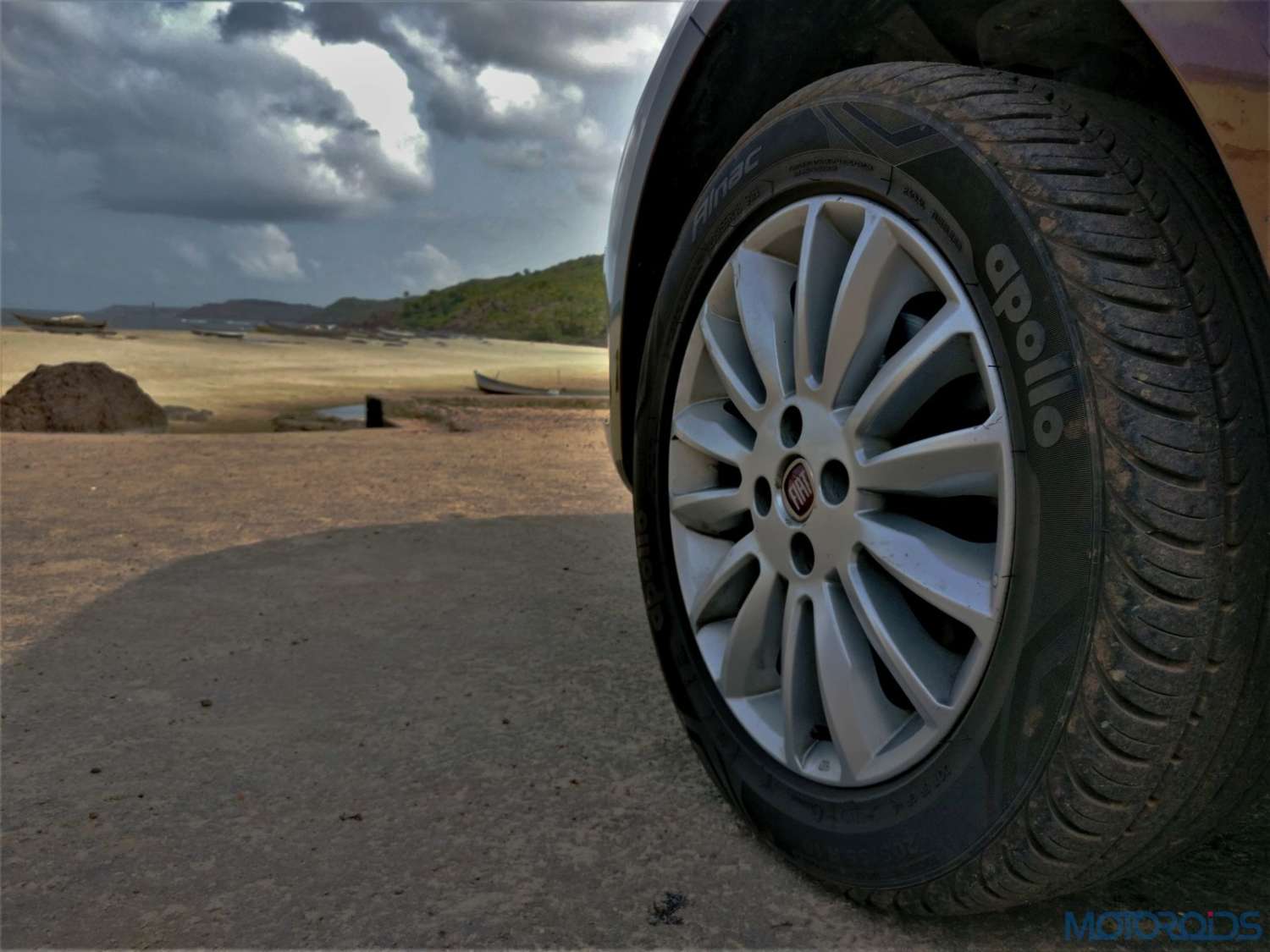 Dousing the sun at the top of a hill that overlooked the sea, we spent another few days loitering. During that time, we put our digestive system through a thorough test by gorging on the best of Alphonsos, Jackfruits, some wild berries and a lot of fresh produce the sea would magically toss over into a frying pan every day. During our stay, we just couldn’t get enough of that magical perfume emanating from Orchards, when tiny squirrels would randomly criss-cross the road and the test the quad disc braking setup on the Linea, which is a perfectly sharp system that never leaves you wanting for more. 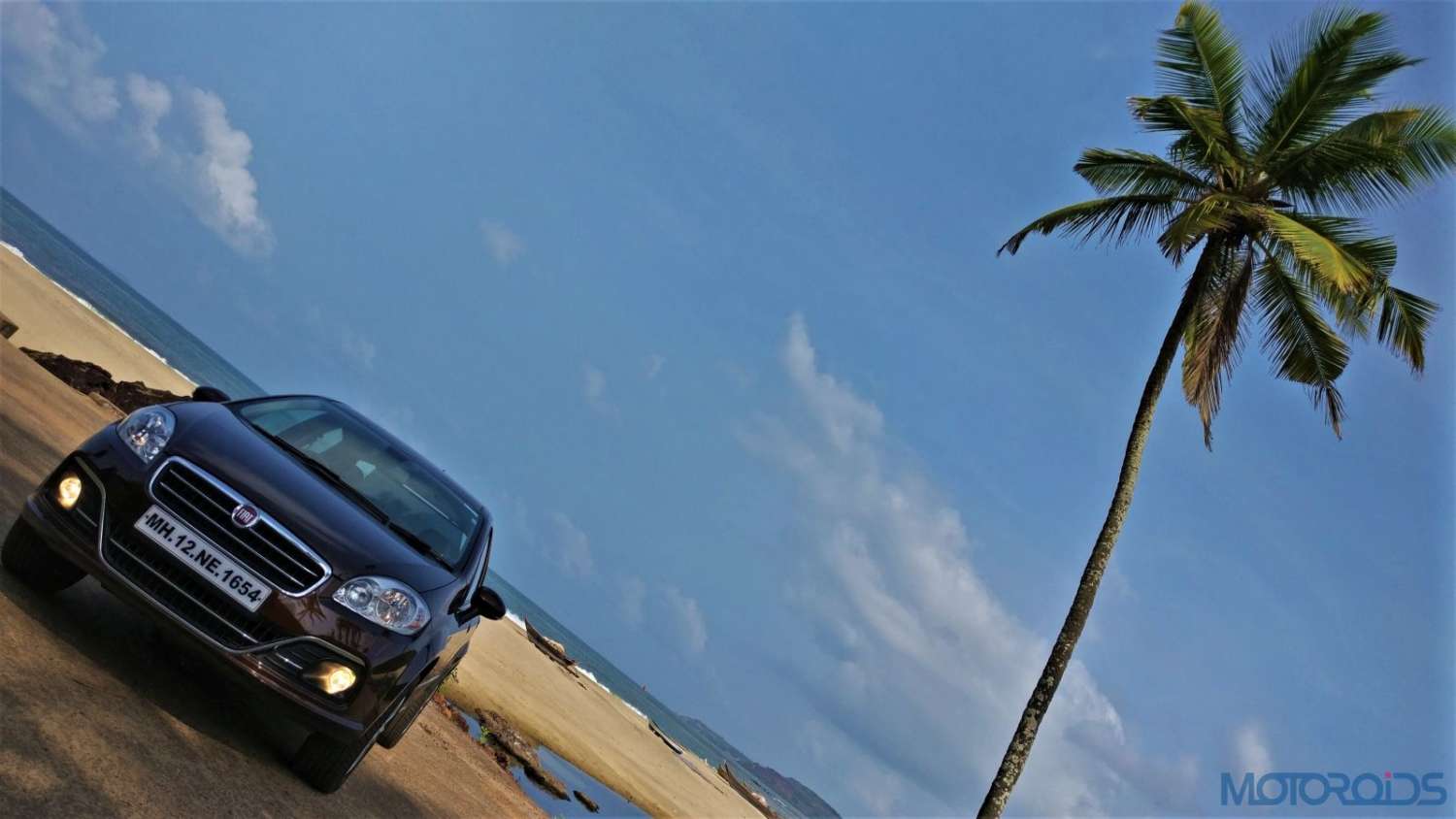 We’d travel on deserted roads which led us to pristine beaches where not a soul could be seen. Where a lonely bus stop had to serve its purpose only twice in a day. And it sat pretty in the middle of a landscape that probably hasn’t changed for centuries. You could wait there and miss that bus every day on purpose, just to soak in the views. And how we wished we could load up all of that in the Linea’s massive 500-litre boot, bring it home and preserve it for the next generation to see. 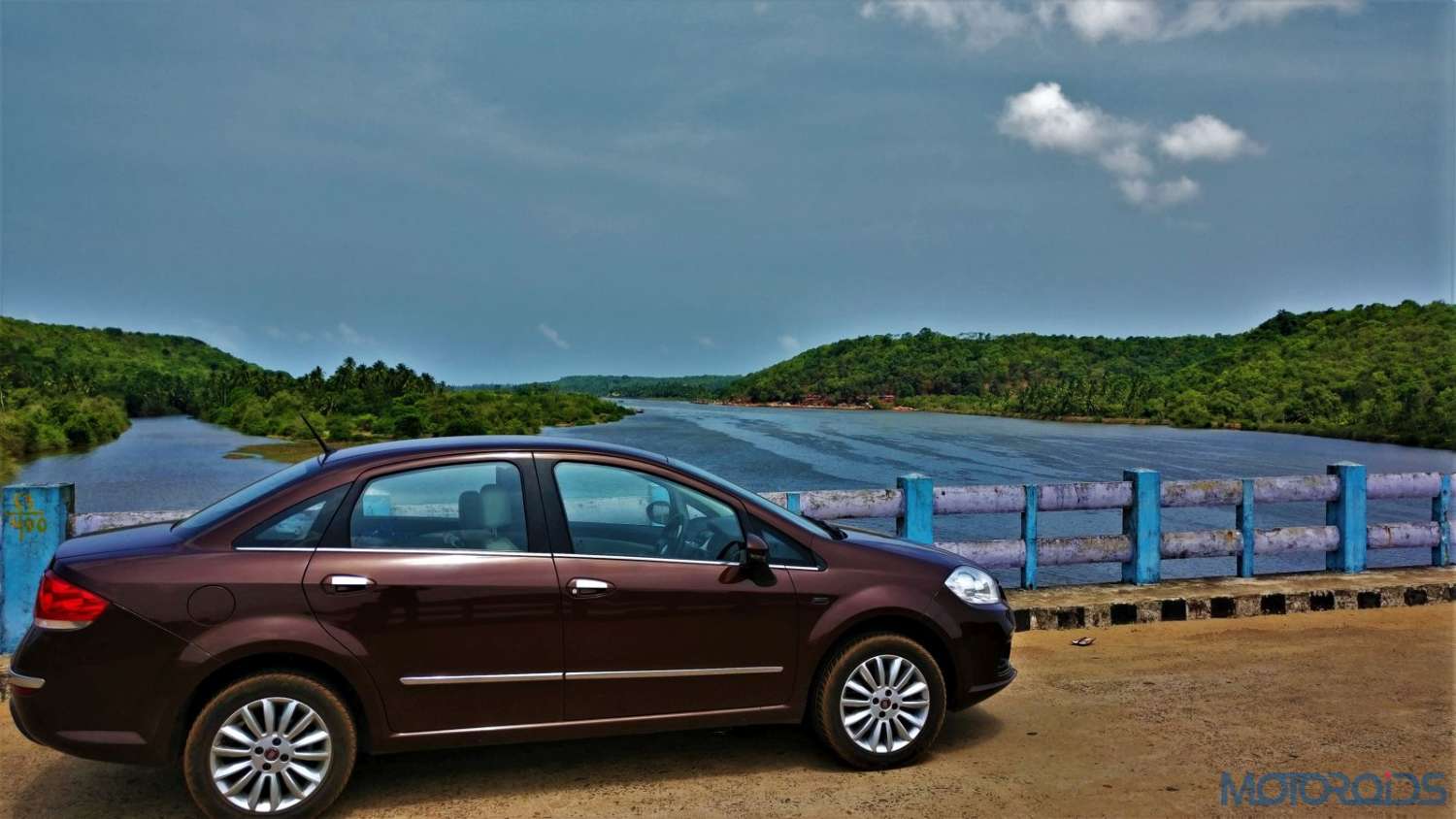 Because eventually, like everywhere else, these places too will lose their celibacy, thanks to our libido for destruction we so proudly call development. Back on the road, we zipped on our way back towards the misery of city life, the Linea’s steering fighting with the median and weighing up on either side with changing camber. 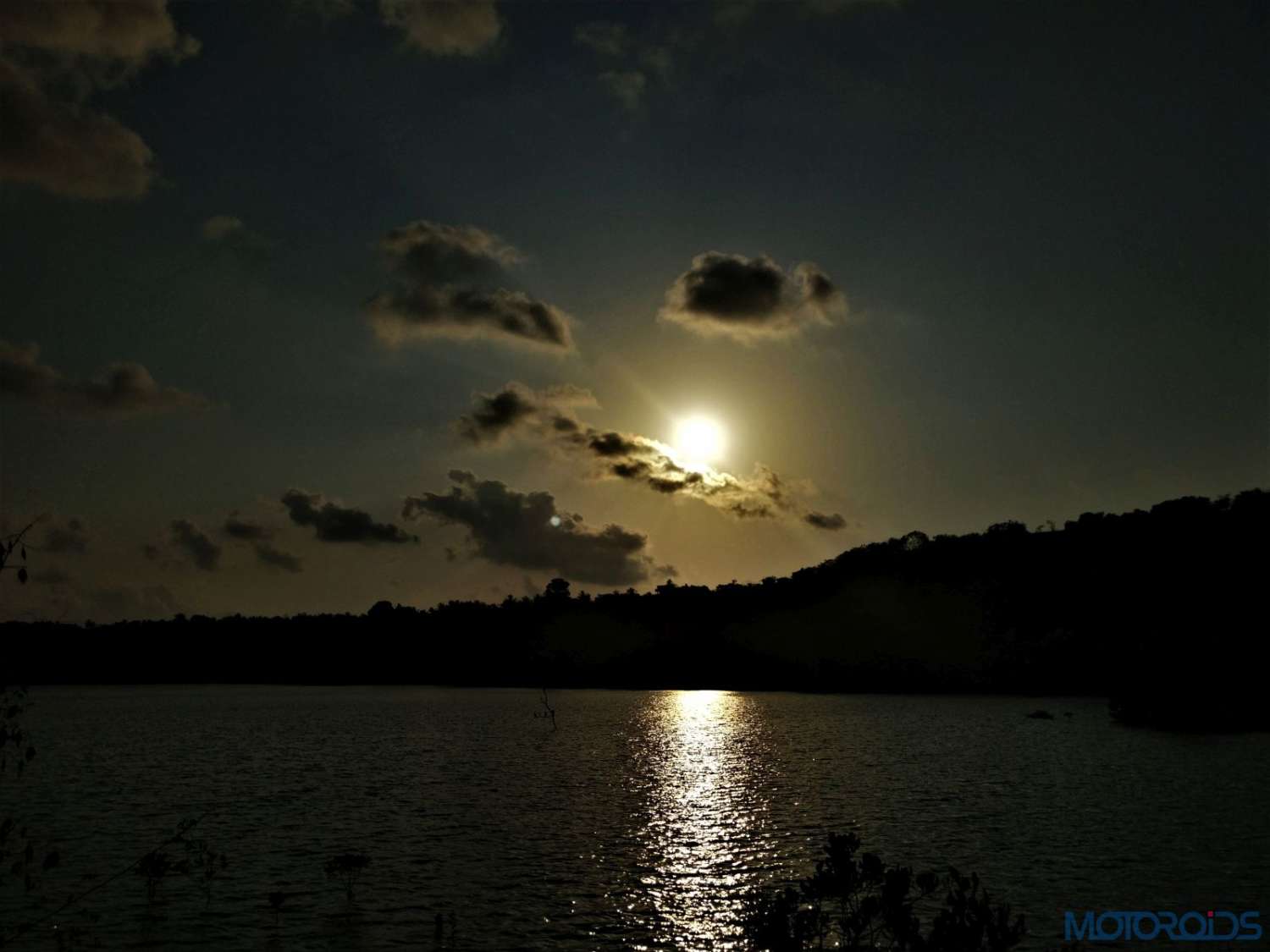 We knew that the vistas we had witnessed and the machine we were driving, will be relegated to pictures and memories in coming times. Times, when the World will either spiral out of control or humanity, will go back to its whip cracking times when Fornication will again happen under the consent of some King. 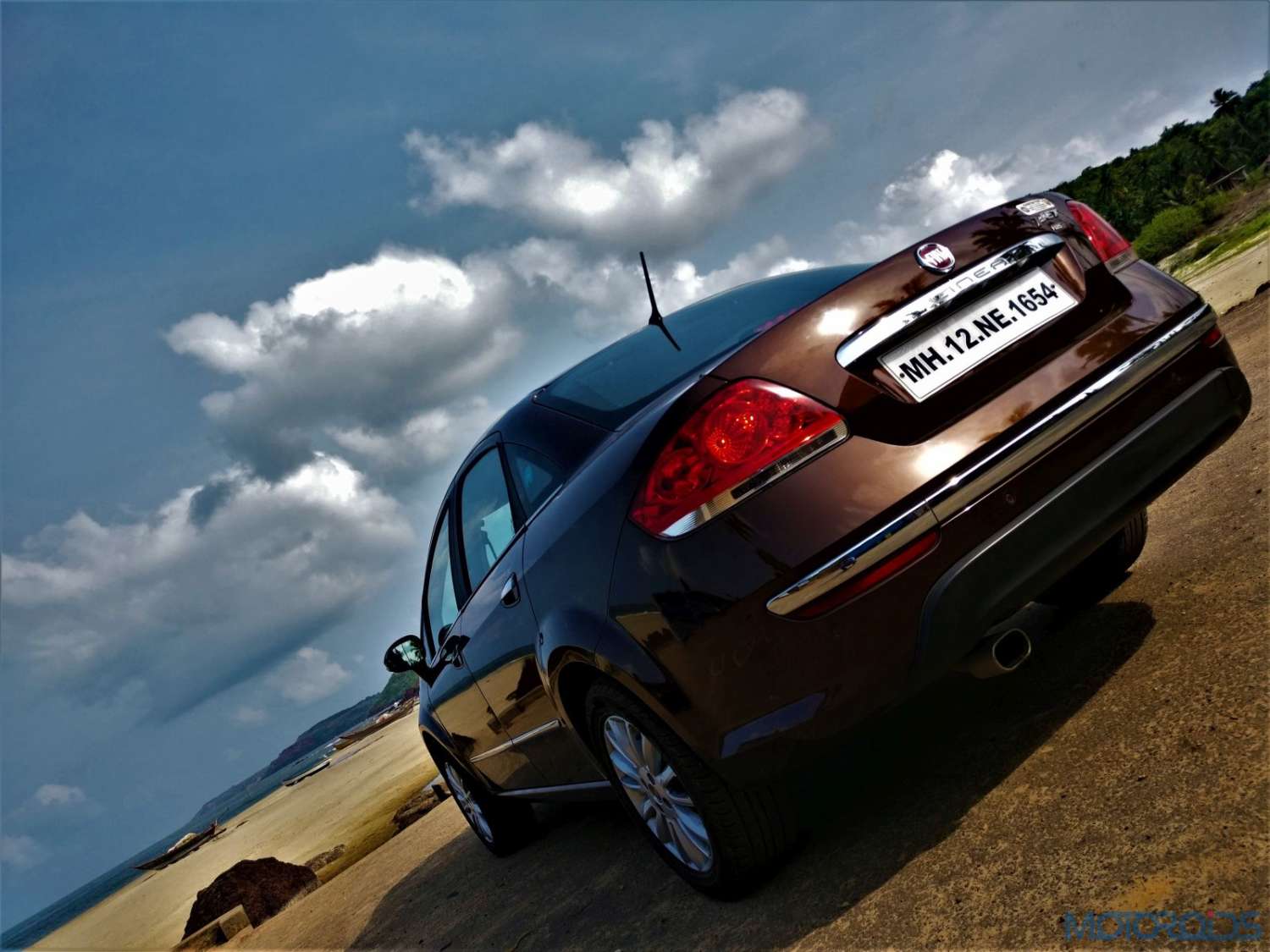 For the life you may want to live until then and at the cost of sounding partial, I can cross my heart and stand by my words to say that the Fiat Linea 125 S is the only car its segment that feels emotive, alive and bustling with energy. Feels like it has a soul that cares about how the person behind that beautiful steering system feels. 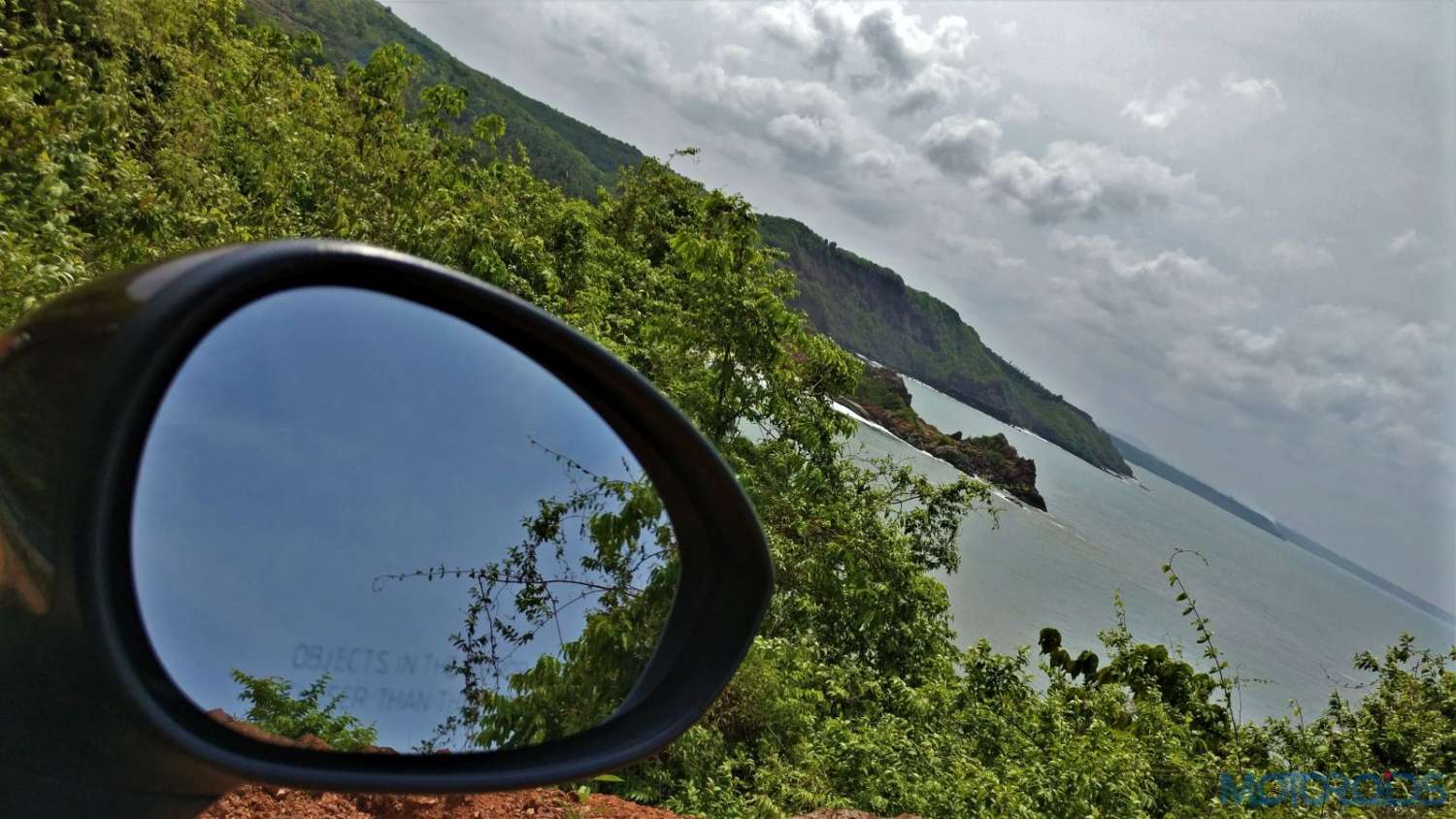 And when almost everyone else is on their knees in these moments of surrender, the Fiat Linea 125 S still has some roads left in all four of its shoes. It is one of those last love letters from a car maker, to which you can reply, seal the envelope with your tongue and drop it inside a red box. That charm though, just like everything else, is dying, and the pleasures of motoring will eventually have to be surrendered. See if you can experience it once you’re done with paying a ransom to unlock your hacked computer. 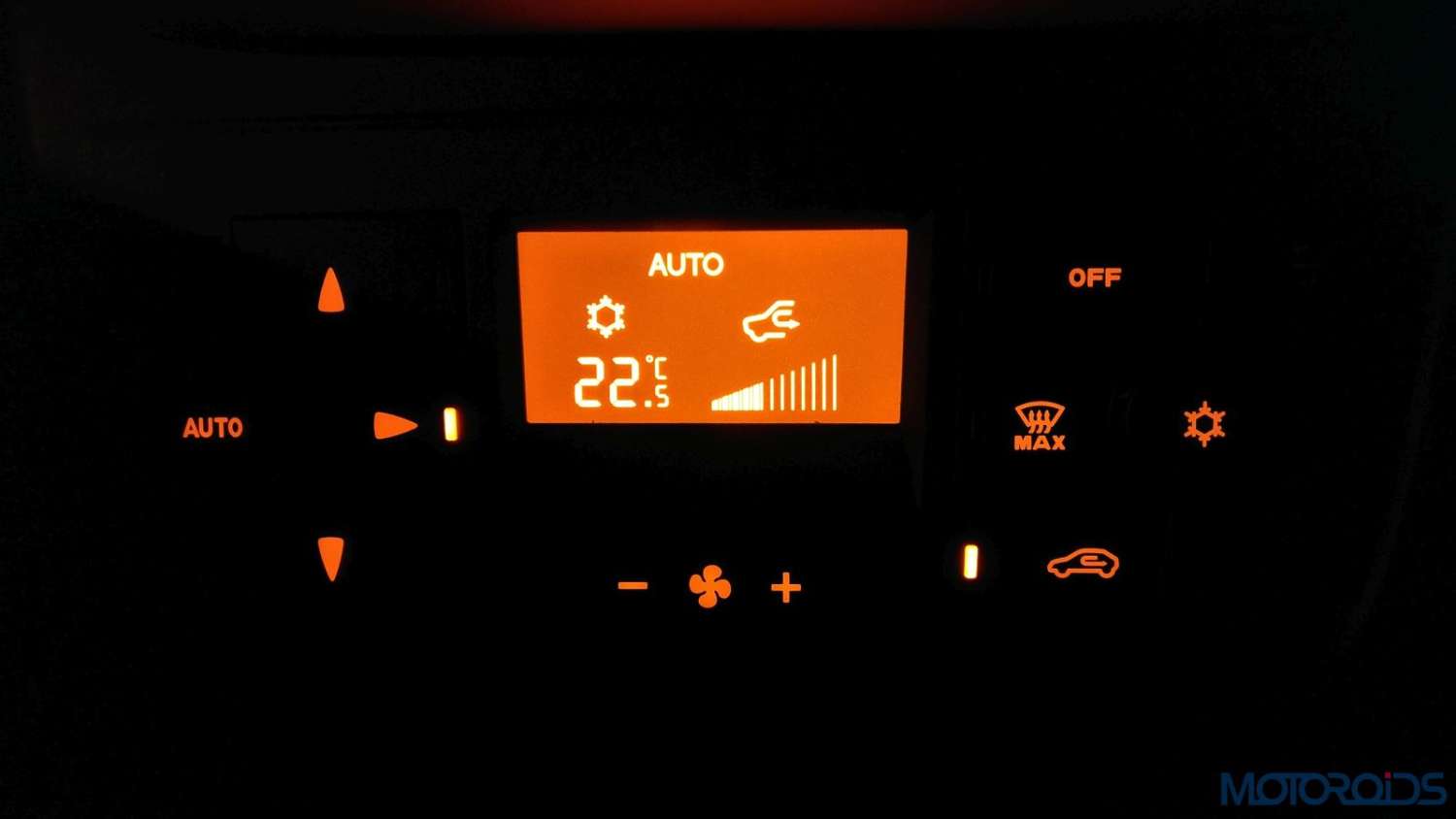 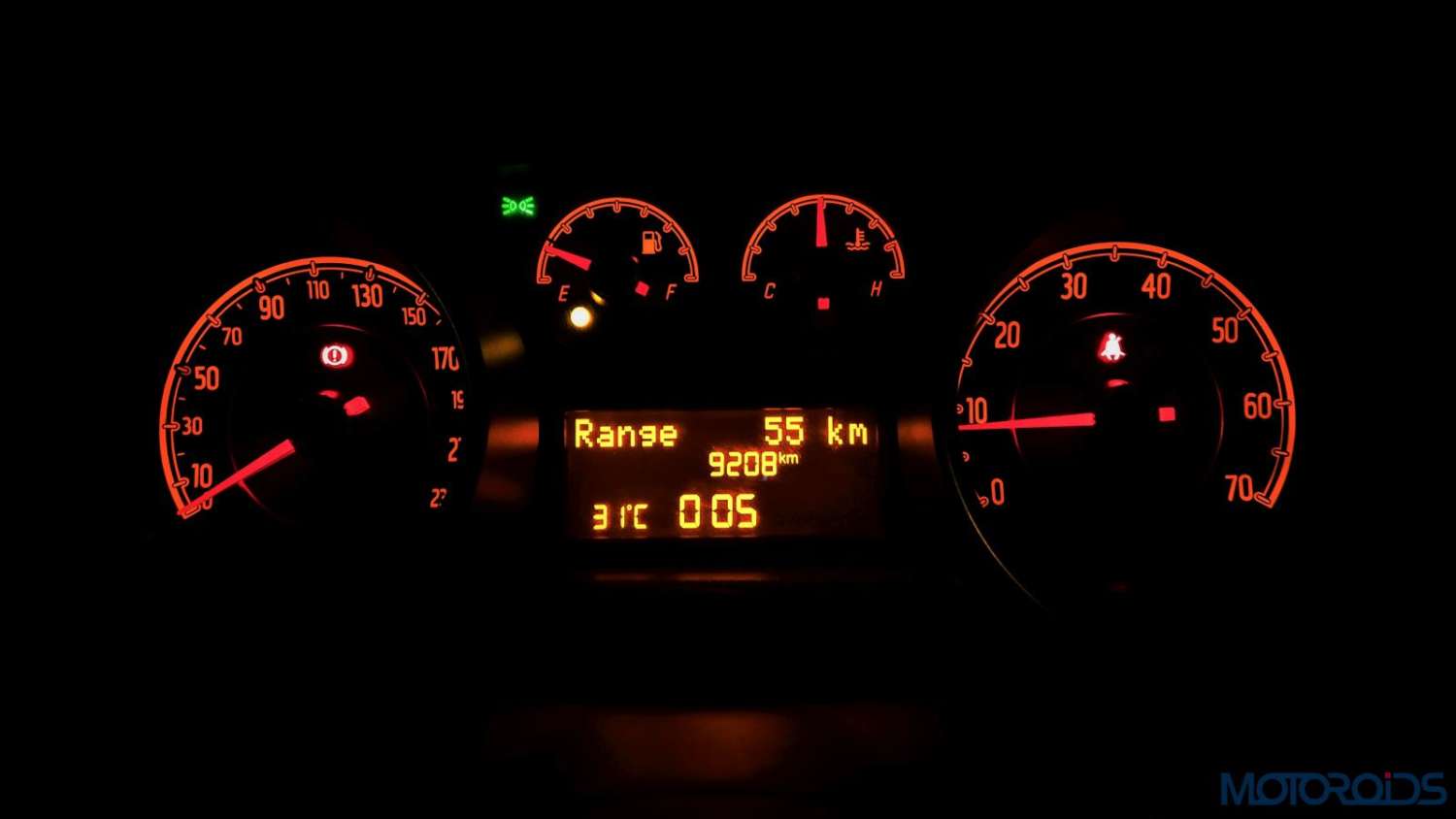 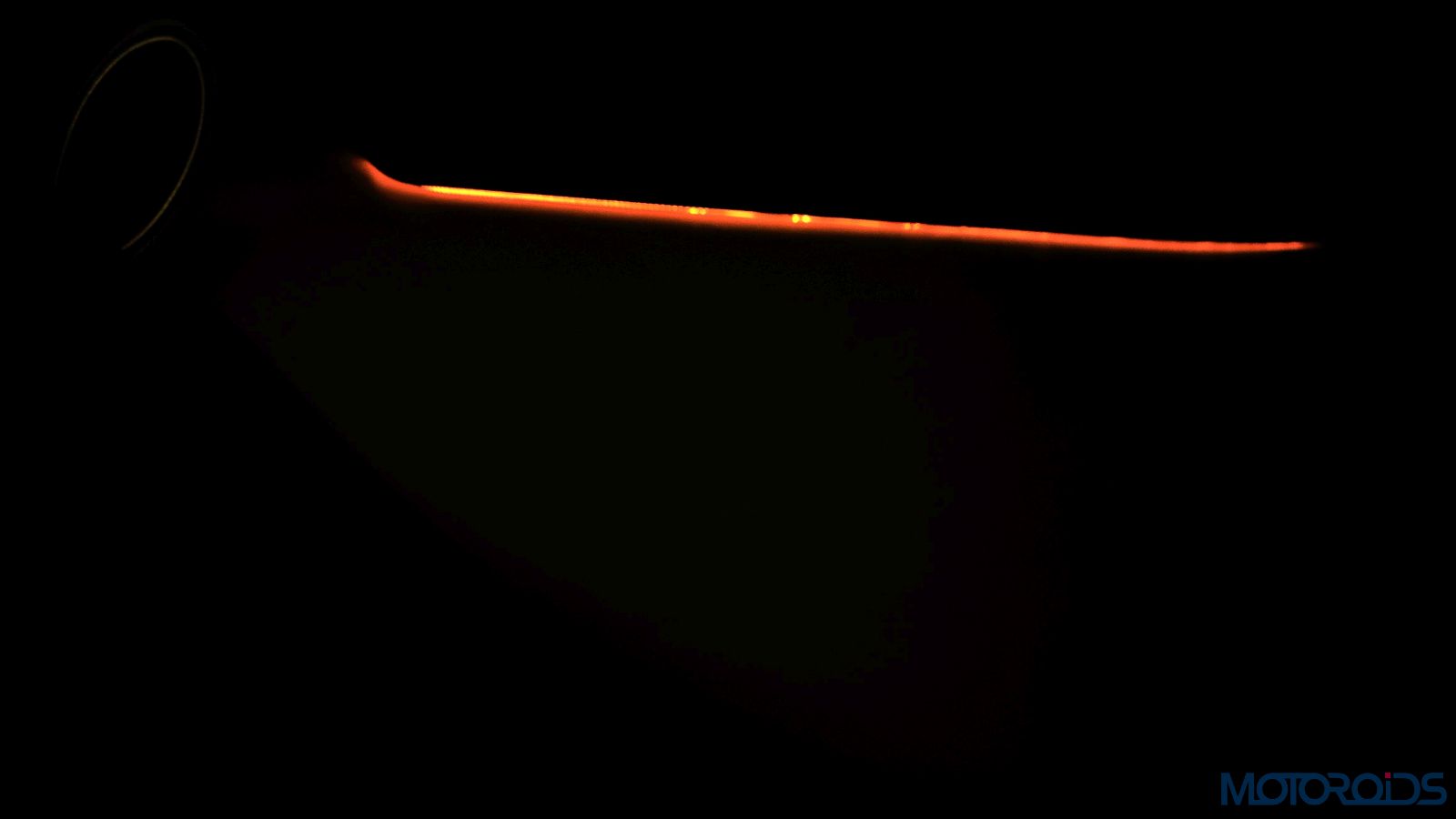 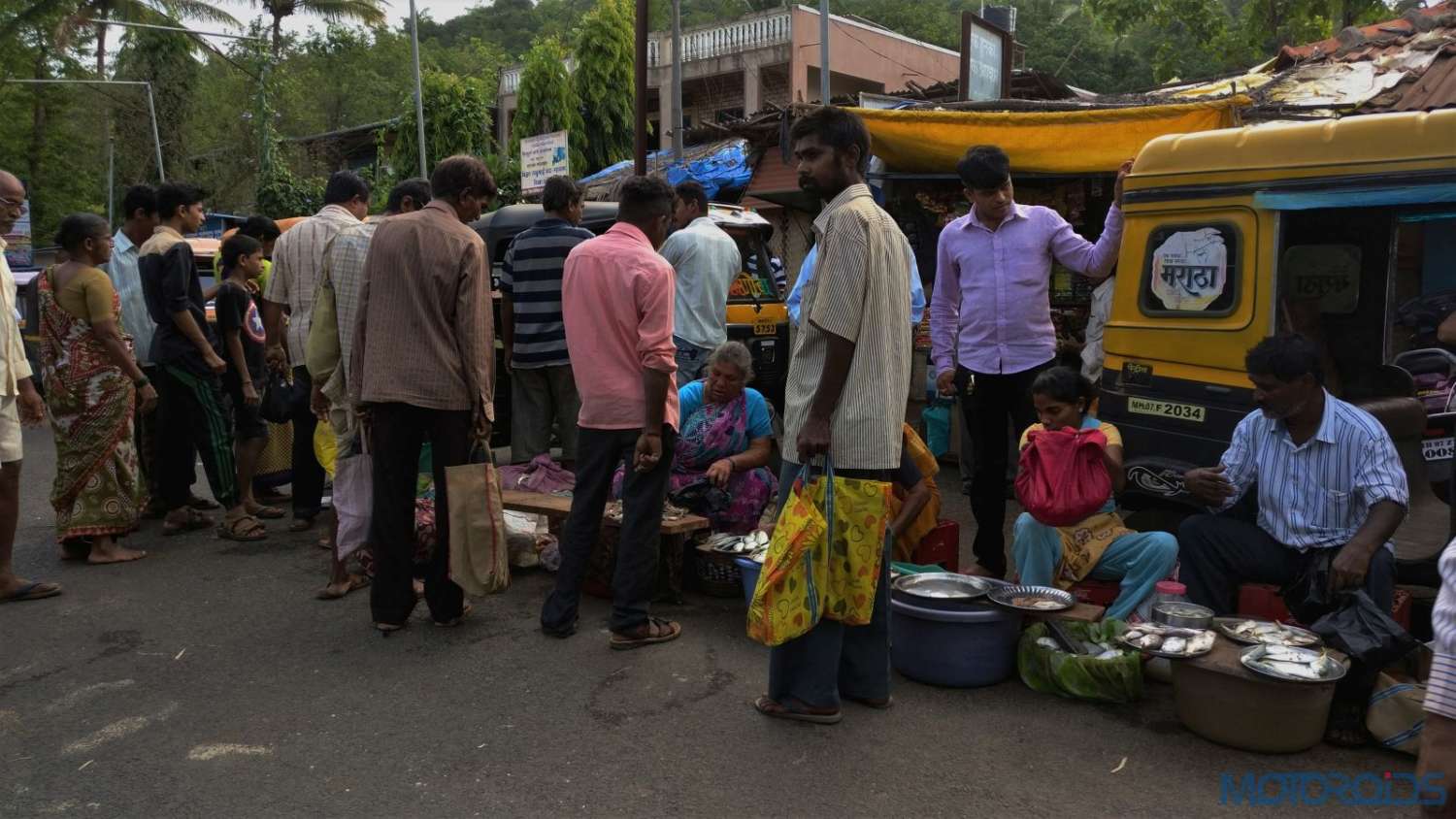 One of the many local fish markets 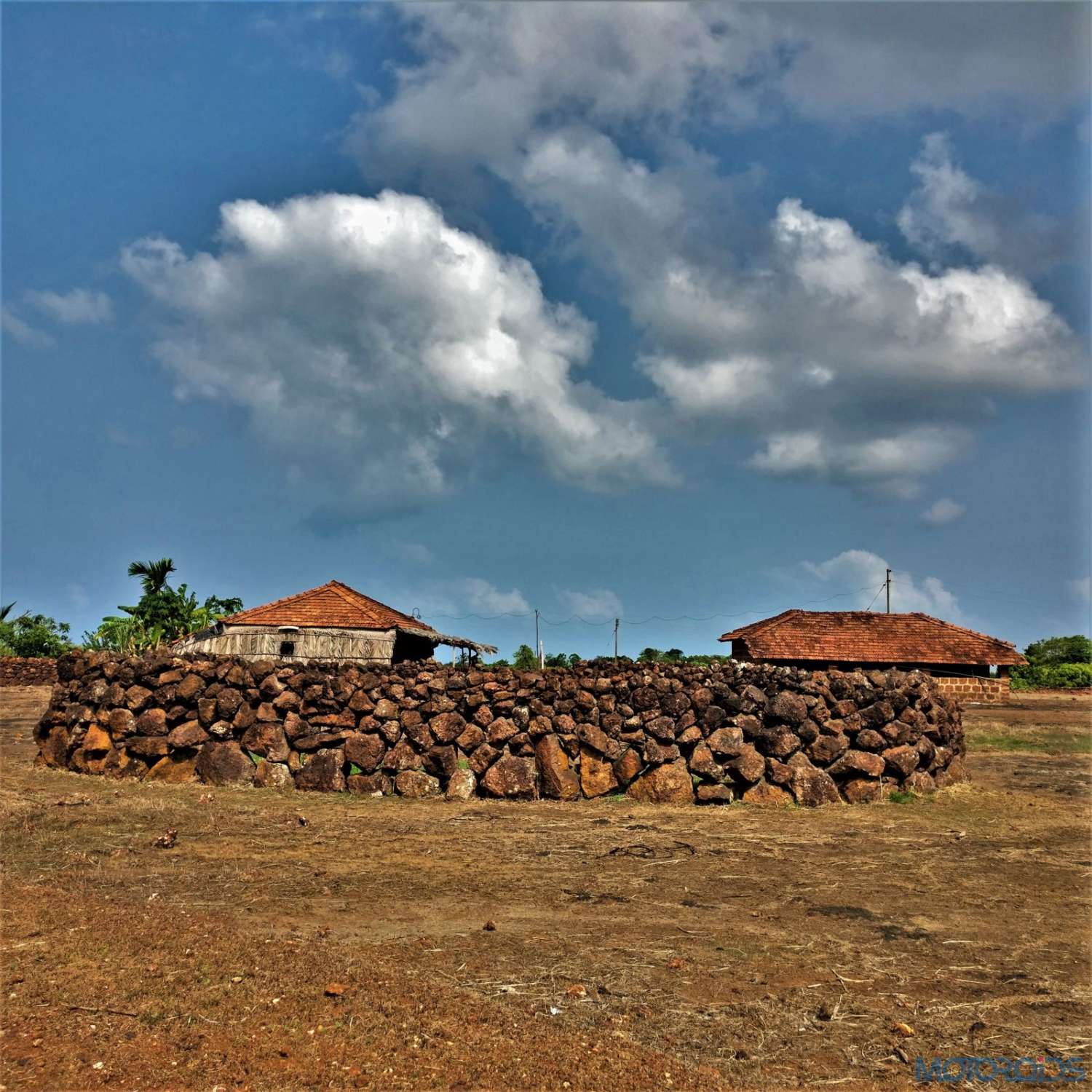 Our answer to the Stonehenge? 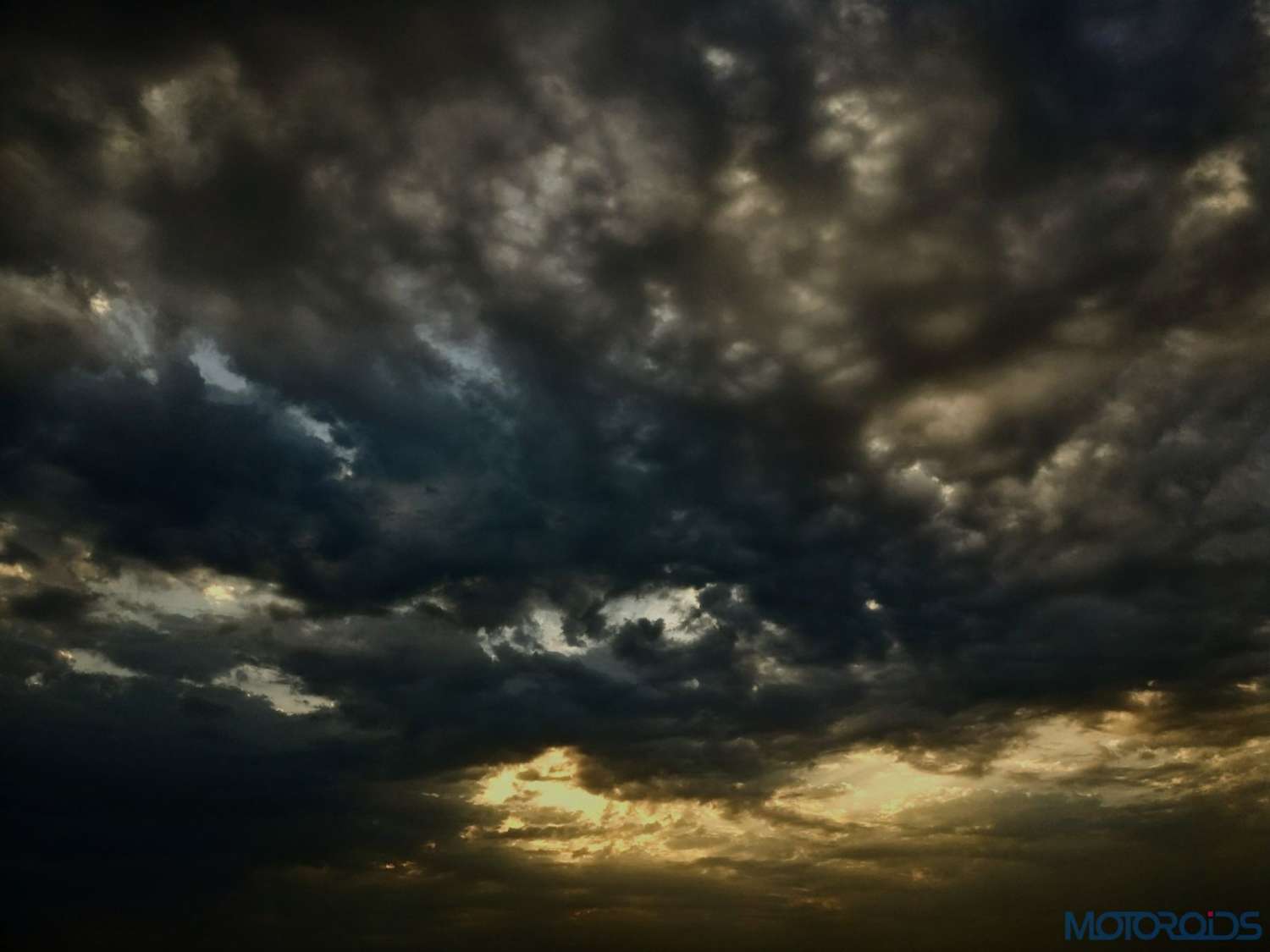