Home Fiat Of lust and a lascivious dame: A steamy night with the Punto Abarth 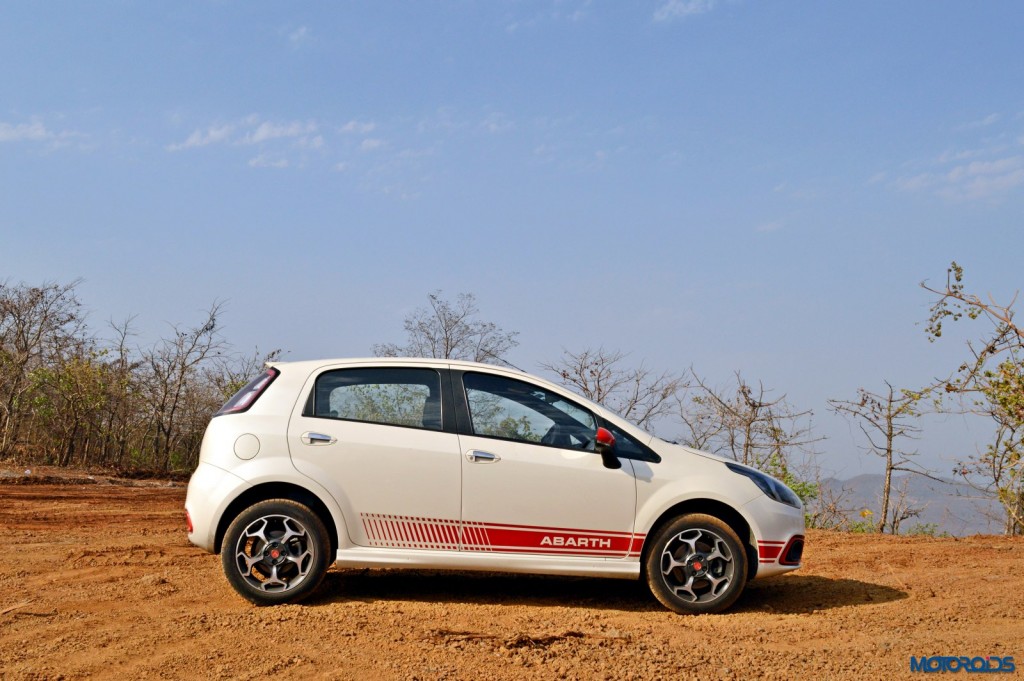 As the skies turn dark, memories of past creep in fast,

They haunt some souls until the Sun comes out, and take them to task

I am a victim of this condition. For it has been almost a decade, but visions of Veglia Borletti dials, Magnetti Marelli bits and 100 bhp of teeny rush packed in a grey, fast hatch with a saucy ‘GTX’ badge still eclipse my after dusk thoughts. 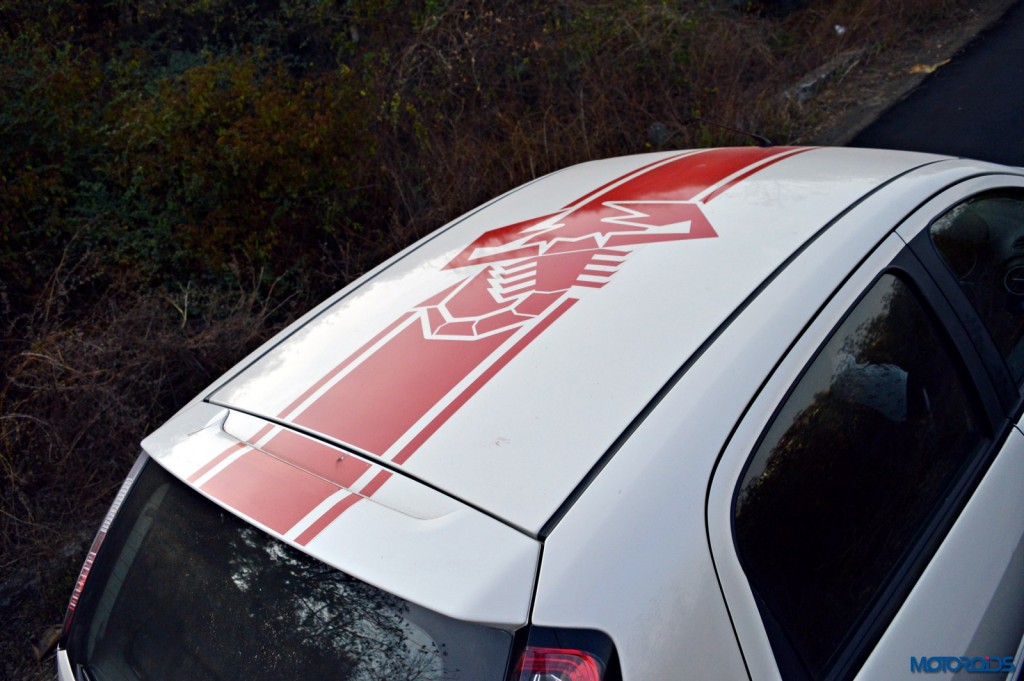 So along comes a Punto Abarth,

With a Scorpion on its roof it sat on the Garth

I look at it, it seems okay,

But it wants me to take a peek inside its bay

First gear, torque steer and I was on my way 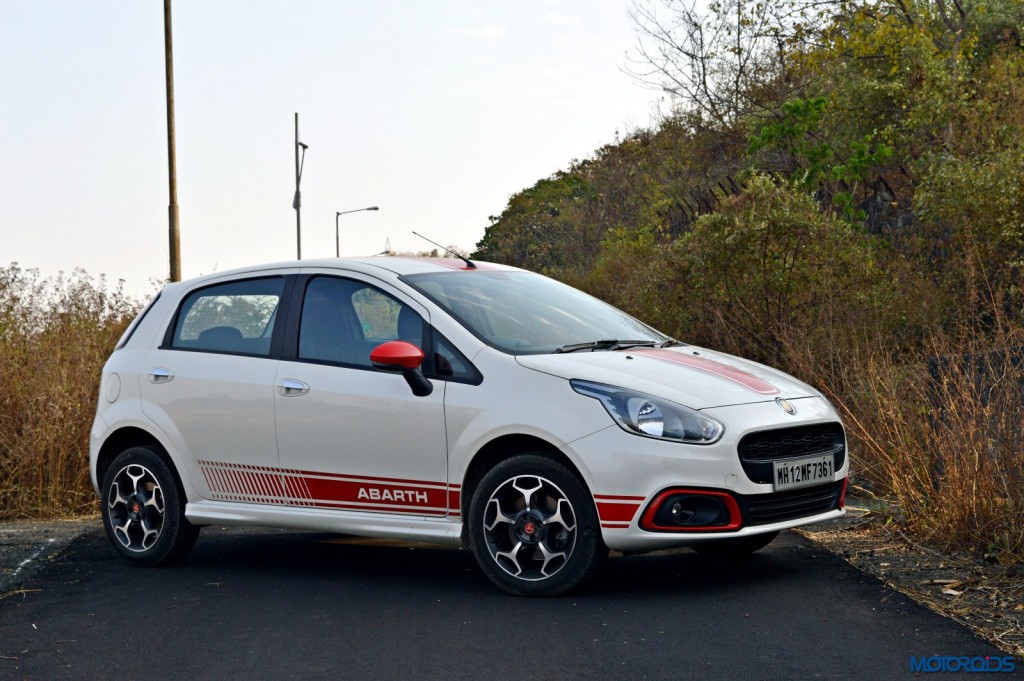 It stung me all night, spat venom all the way

It tore through the night on straights, through corners and on the expressway 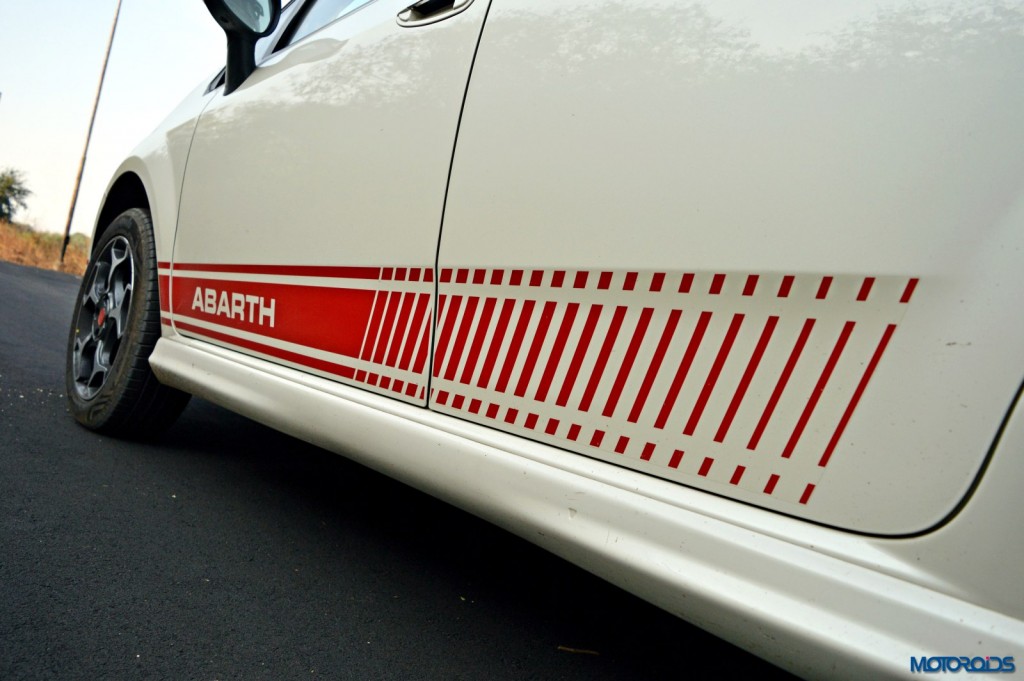 Stupid attempts at rhymes aside, has been a long time something bloomed in the ‘Hot Hatch’ desert. This one promises the sweetest fragrance of them all. Just how much of a rapture is it? 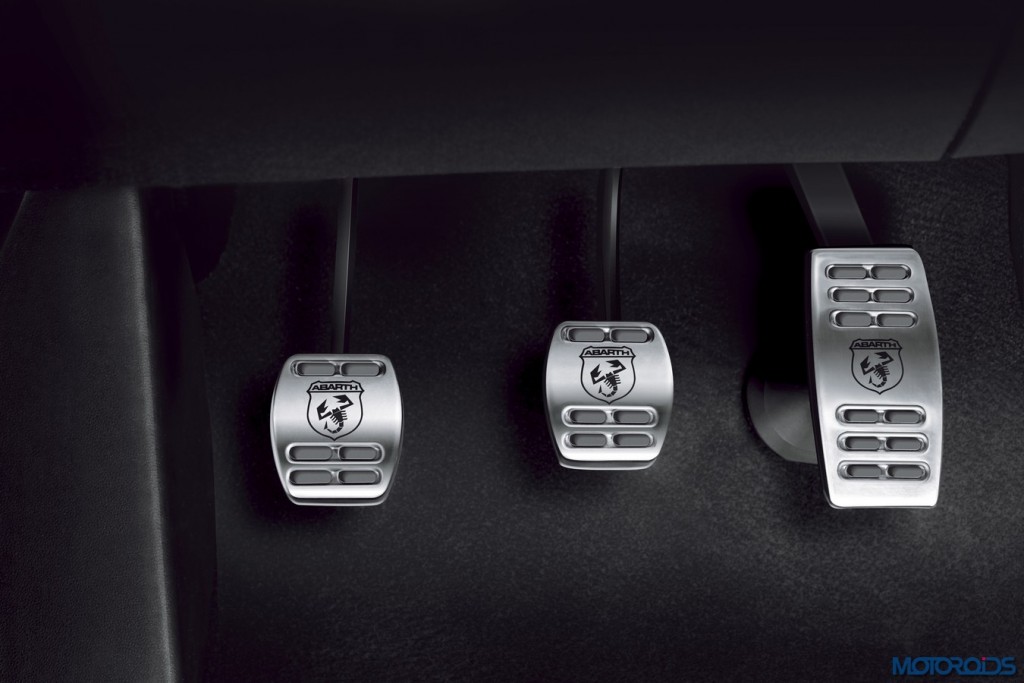 The very first crank felt like meeting my long lost lover’s younger, more decked up halo, and somehow the Punto Abarth had the same emotive atmosphere surrounding it. But something about her clutch wasn’t right. It did look like a fancy, expensive accessory alright, and it really is, but my left foot failed to come to terms with it. I must’ve stalled her at least 5 times in the first few minutes. Although once I got to know where it actuates and the initial cold vibes were done with, God what a giggle she turned out to be. 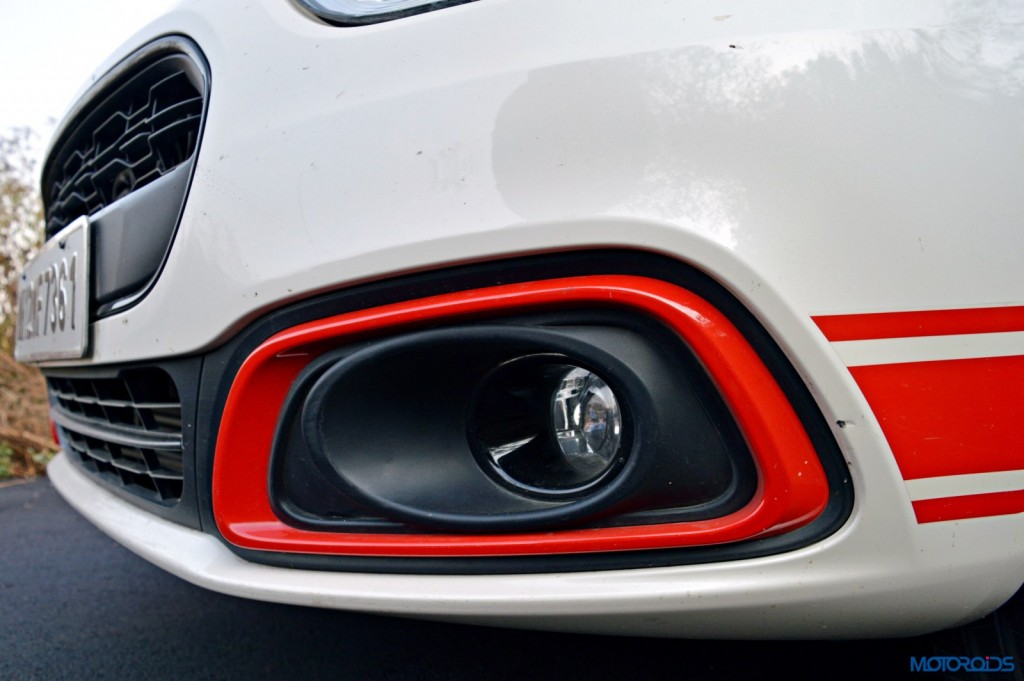 She wore makeup that wasn’t elegant to put it mildly, especially the thick lipstick she had plastered around her fog lamps and some aboriginal red stain that stretched over her chest, but she carried a heart of gold beneath that. And it wasn’t any ordinary crux, but a 1.4-liter, heavy breathing heart that evoked 145 bhp and 212 Nm of fever. 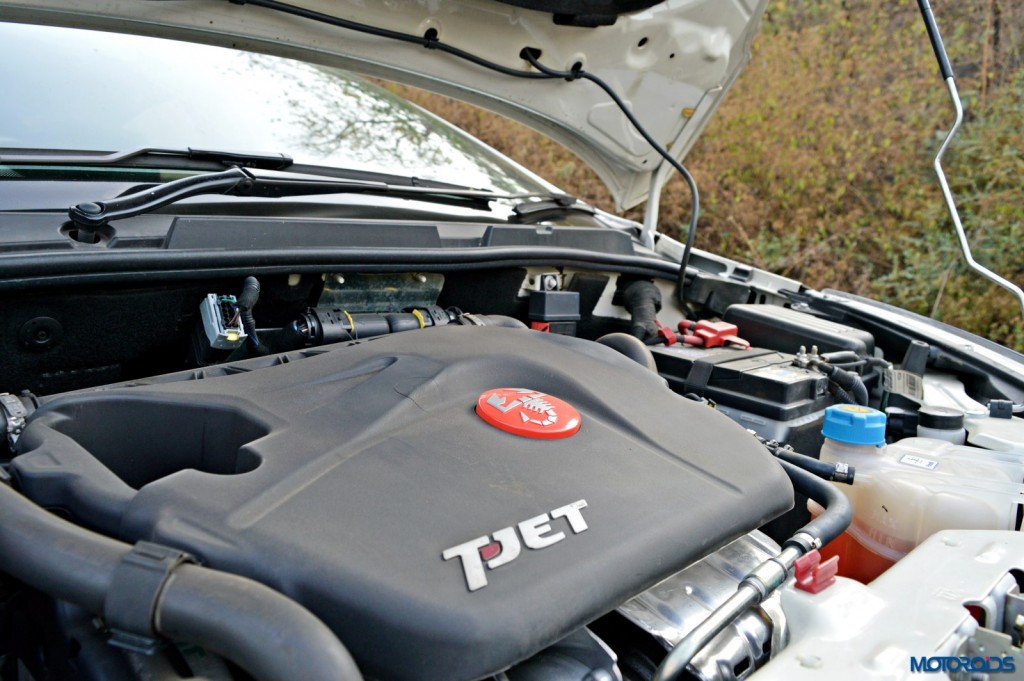 So she said, “Take on me, take me on, coz I’ll be gone, in a day.” And so my right foot stretched itself, as I held her, caressing her with my right toe – she liked it that way. Waiting for the love drug to take over, she felt slightly inhibited until her pulse rate shot to 2000, and then with a sudden spike, I saw the laces on her Cavalli corset come undone. Post that, seductive murder she had in mind and killing it she already was. The first victim of her intent strangely though, was some rubber. I could caress her contoured, yet round face, try and keep it straight to let her find composure, but the moment I’d go careless, she’d feel free, unbridled, do weird things and go wild. 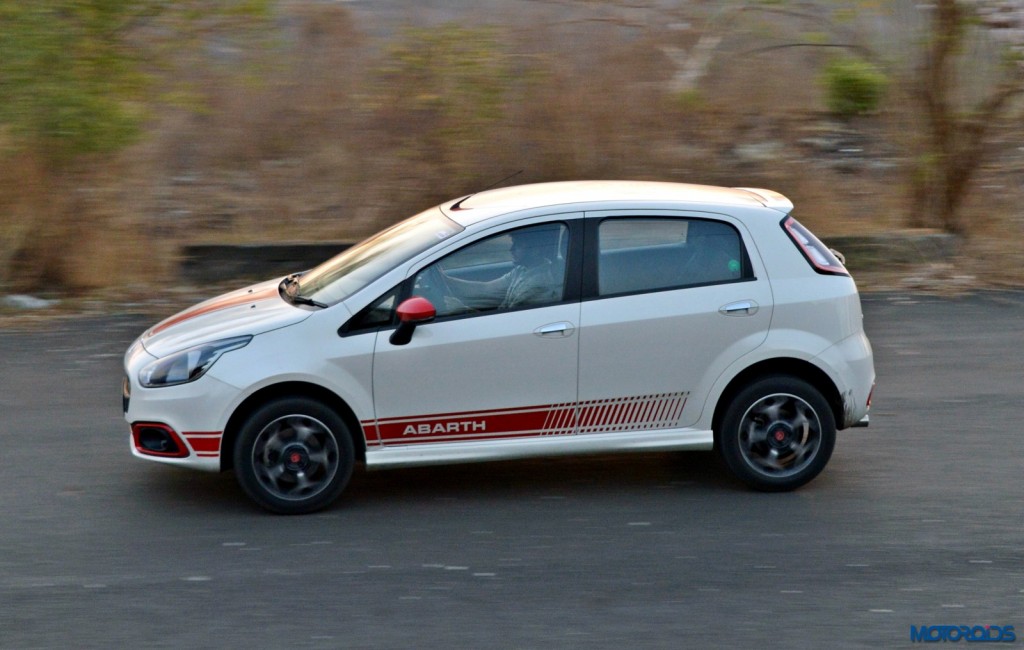 It’s a drug, this lusty obsession with someone, and by now, effects of hallucination were clouding above me too, and I pictured myself among all places, in a Casino, by a slot machine. Thinking of that coin eating box’s lever as a gear stick, I slotted the somewhat latexy handle into first and saw a Banana and numbers 4 and 0 appear on the scroll. The lady? She was still going berserk decimating her own heels. The mincing continued as I dropped the lever again and she carried on immolating the grippiest descendants of Apollo as I saw another Banana and 9 and a 0 on the scroll. 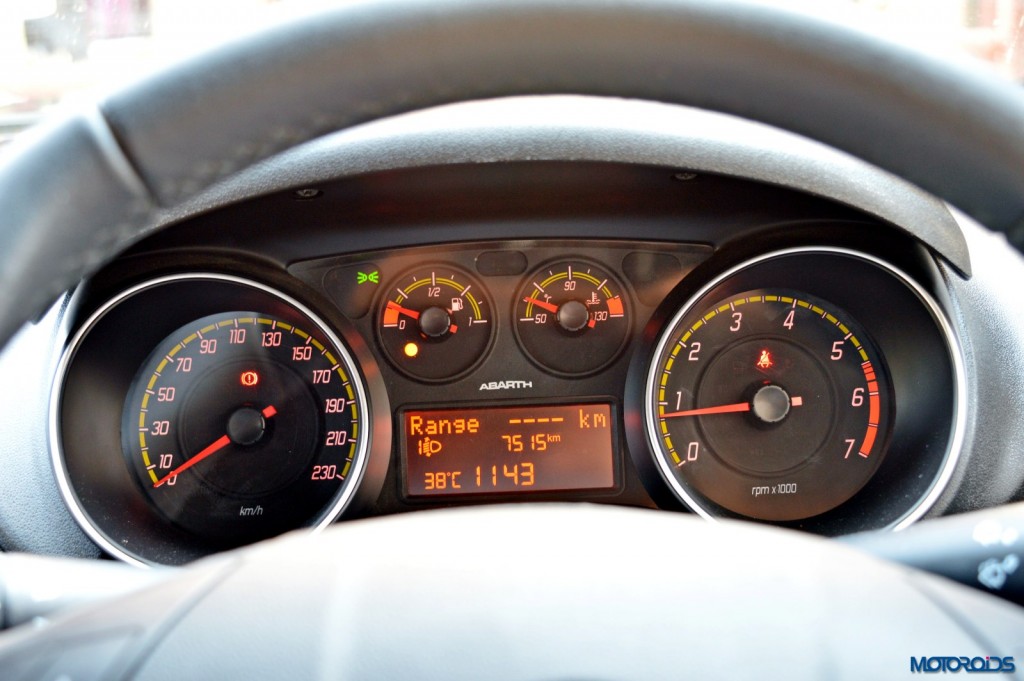 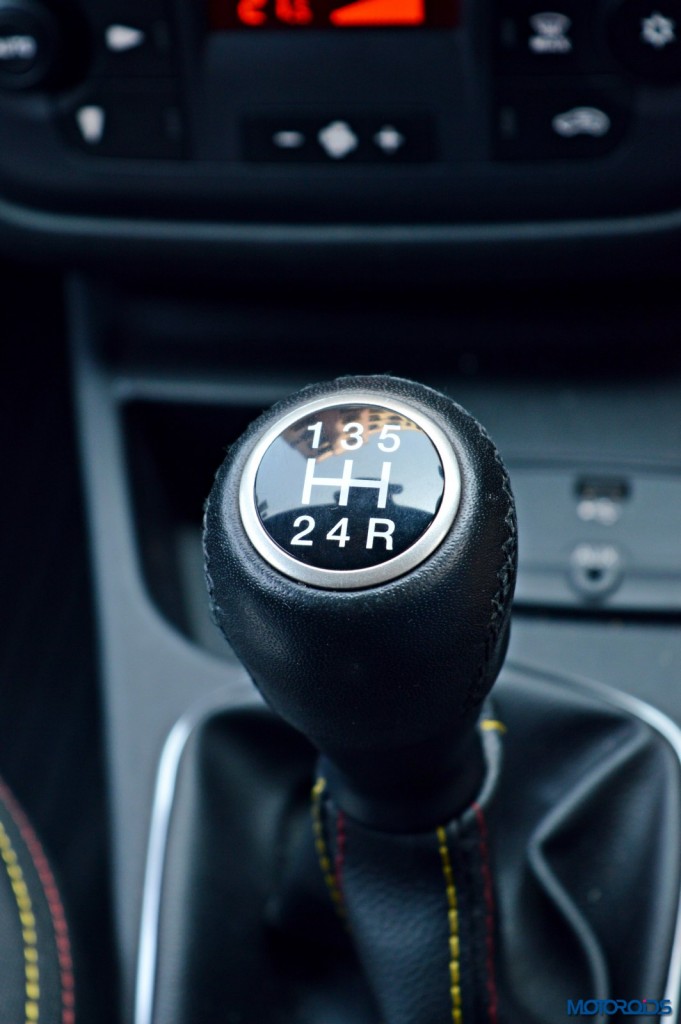 Talking about the lever itself, it won’t let my luck shine if was violent and carelessly mashing it around. It wanted me to be smooth, rhythmic, and every time I did that, it rewarded handsomely. I had another coin left, I could use the lever one last time and I knew this time I’d see a bigger number. Although for reasons unknown, I didn’t do it. 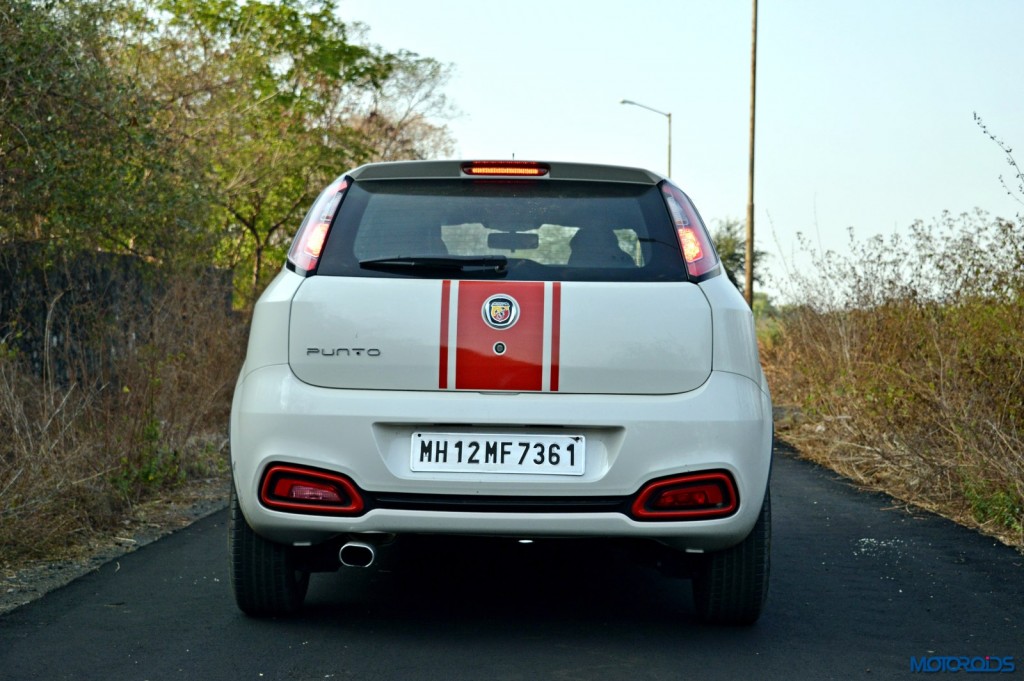 She then whispered in my ears that she wanted to move out, get some fresh air. She said she wanted me to drive her through the night, down the hills. And although I could only try and read her lips to comprehend what she said, things would’ve been easy if she was more vocal. To signal her excitement, she carried a wrapped-in-chrome whistle, but even that sounded wishy-washy. 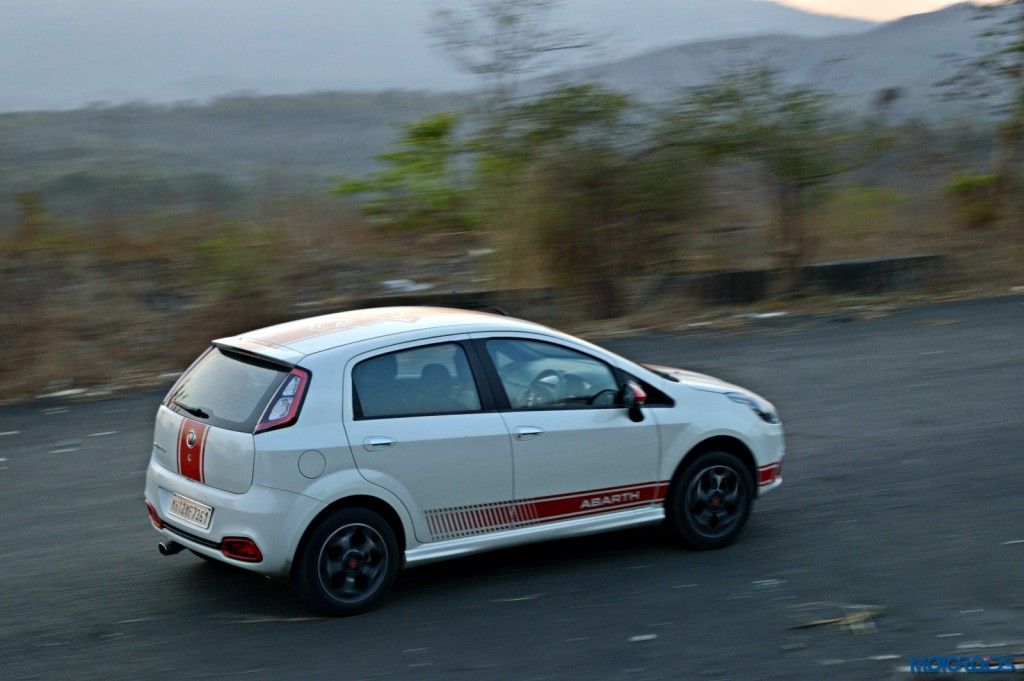 Effects of hallucinogens trickling down into a mellow phase, it was just past midnight when we decided to climb up on an empty stretch of tarmac that elevated towards strawberry country. What started as waltz initially, turned into fast paced, intimate dancing as I’d throw her into corners, bring her back, only to throw her on the other side, again! However, the way she carried her graceful moves around a tar ring, displaying supreme balance and poise while delivering her blows – It was a different kind of a high. 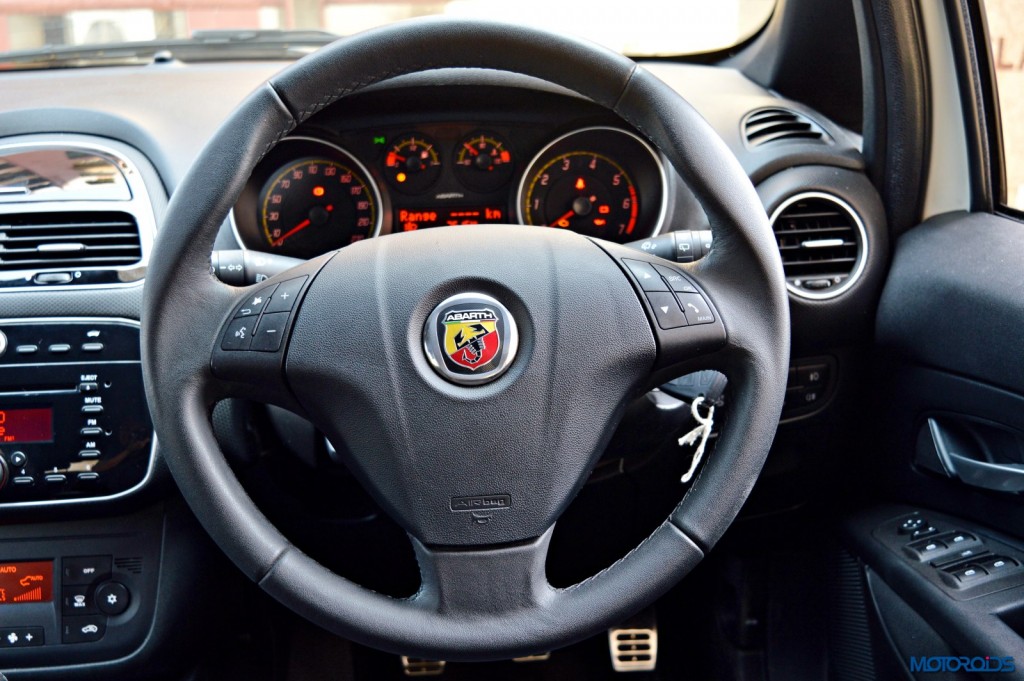 She loved dancing barefoot, for how it made her feel connected to the surface below. But I knew I had two left feet and to cure that, she knew some gypsy tricks. She could somehow, magically transfer every raw feeling under her feet to my palms. For a moment I thought I entered a dark phase. I thought she was making a voodoo doll version of me go through sweet pricks. But then, I found out she was dancing by my rules, not even one step out of sync. The soles of her feet were warmed up by now and as I played the tunes, she danced to please. Her head still, her grip firm and her moves surreal. Even when the surface on the stage changed to undulating, nothing changed. She carried on with her business as if caught in some trance. 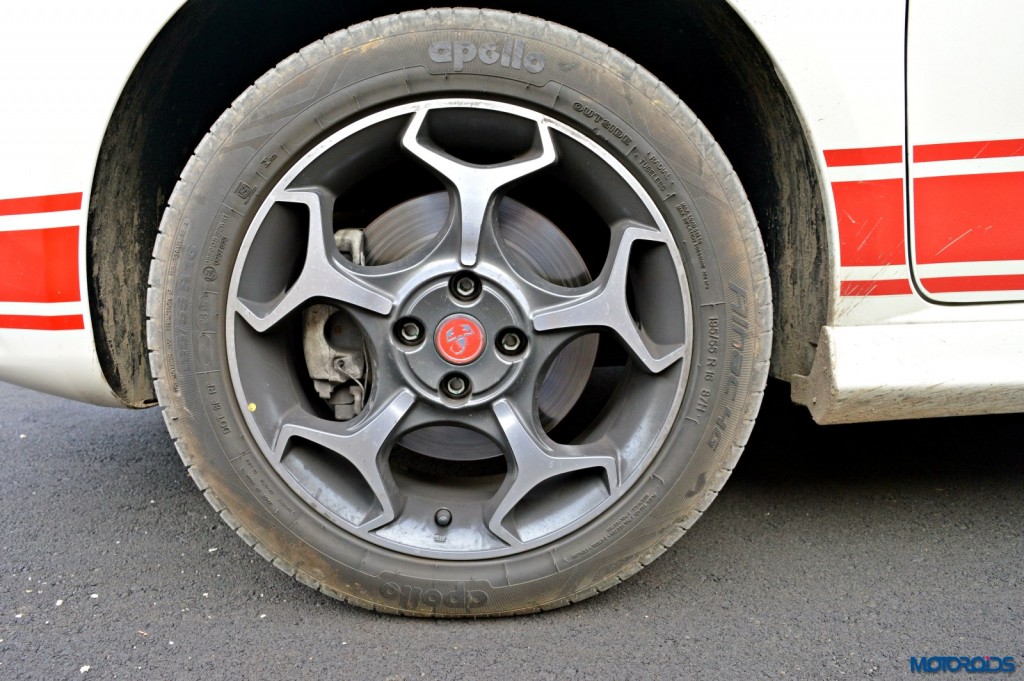 We soon found ourselves at the top, all my clothes knocked off and then she popped what looked like a contraceptive pill. But nothing careless had happened. I then got to know that she’d pop one every time she went in a trance and all her limbs would freeze where they were. She had no time for downer dramas. We looked at the skies and sensed that it won’t be long before the dark of night would give way to daylight. She said she wanted one last hit and then we’d scamper and make a fast dash towards home. One last time, we did it again, and gave it all, our heart and soul. 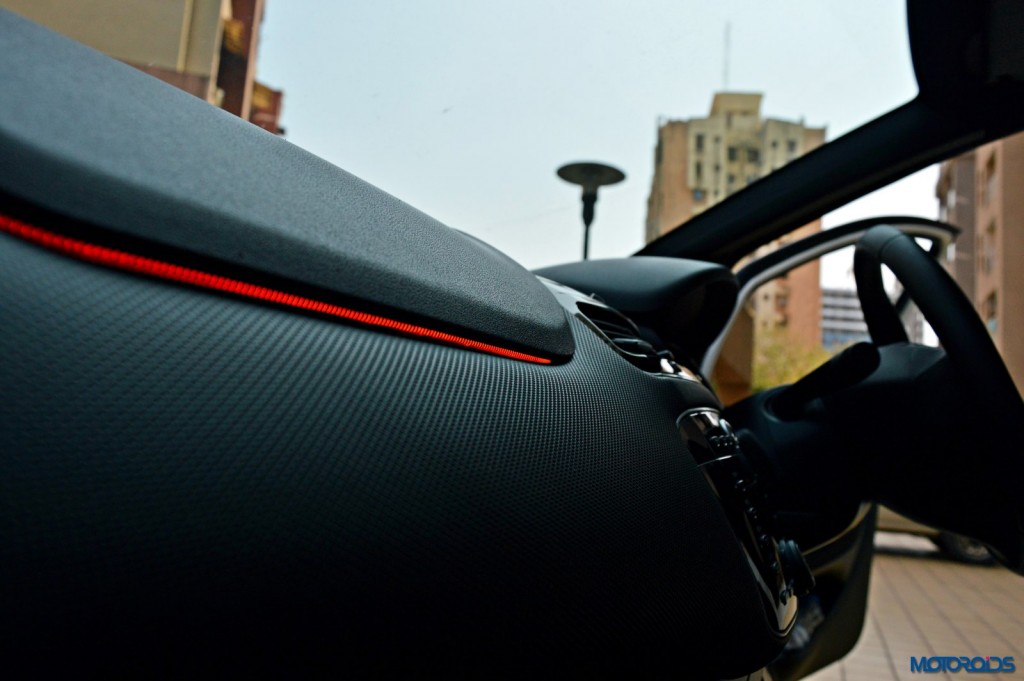 Break of dawn, she leaves me by a pond, safe and sound. She was a desert flower, some rare perfume, sweet intoxication and like spring in the middle of fall. As she made her way back to where she came from, she looked back, winked and almost skated on her rubber soles in glee for some distance. I wasn’t sure if that meant I’d see her again. But a sleepless night was taking its toll and I was restless like a starving animal. I crawled into a shop for a shot of caffeine. It was then that I realized what I had experienced through the night were highs of motoring – the drug of octane, sweeter than cocaine. 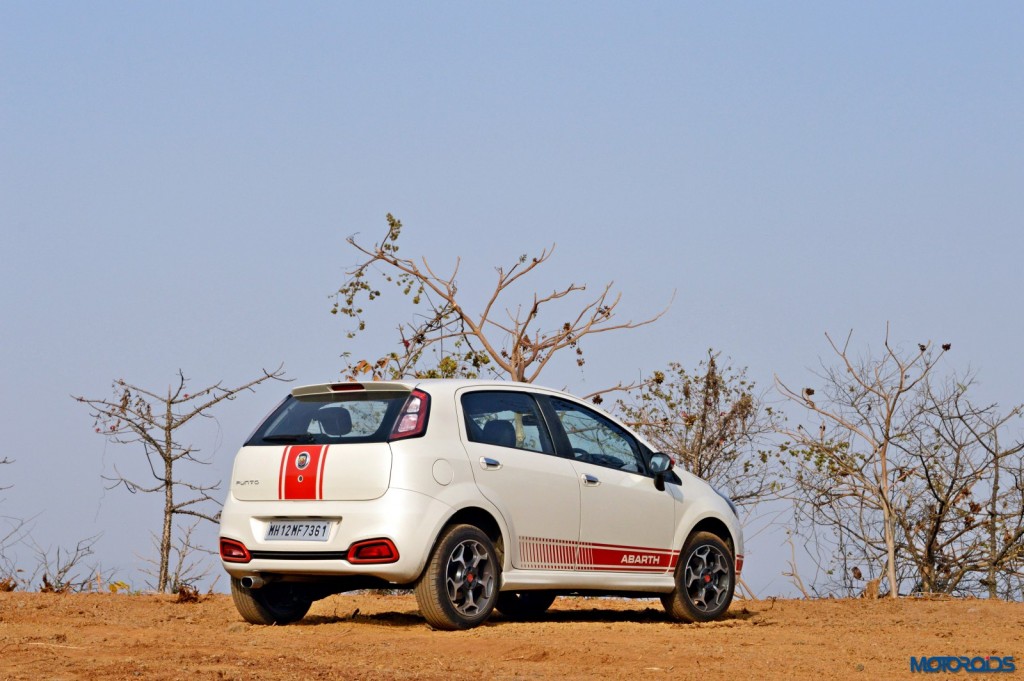 On a more objective note: