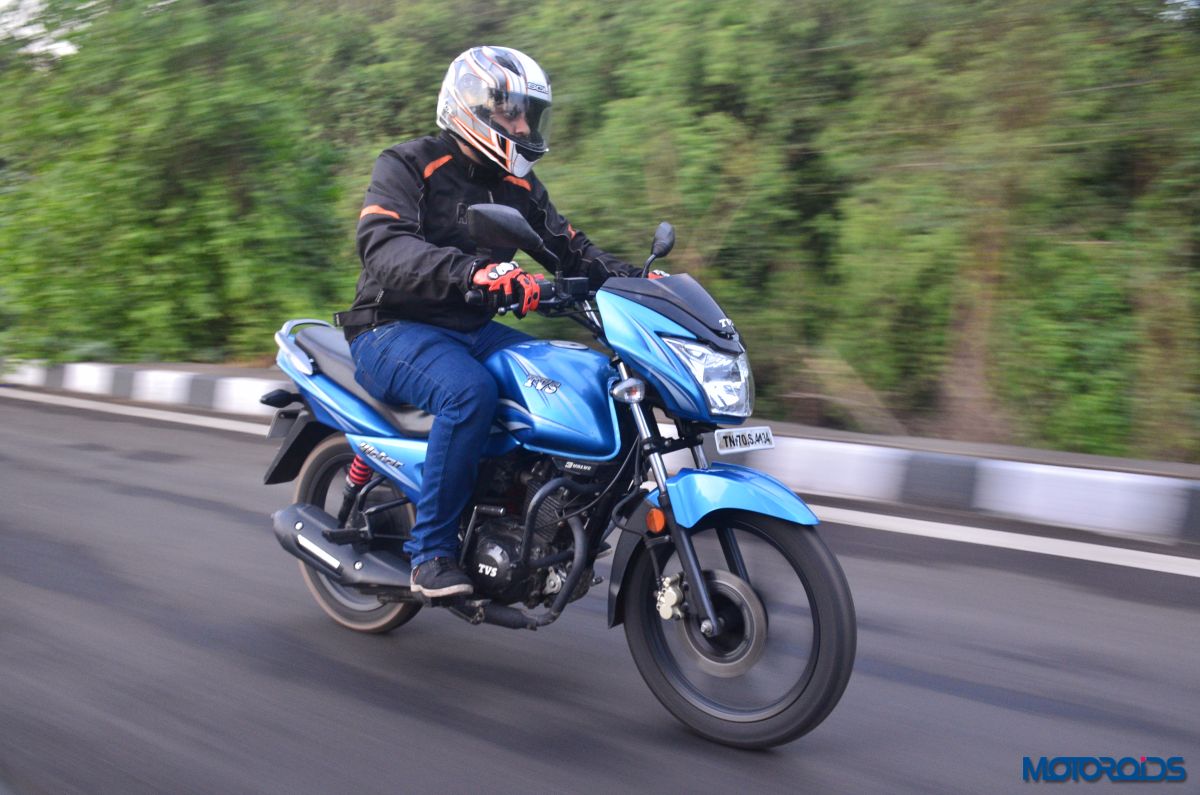 The TVS Victor has been in the Motoroids long term fleet for more than a year now. The commuter motorcycle from the Hosur based manufacturer has been a faithful companion since the time it joined our fleet. As we write this report, the Victor has completed a 10,995 km long journey, with a majority of its travel inside the city and a few trips to neighbouring cities such as Pune and Nashik. 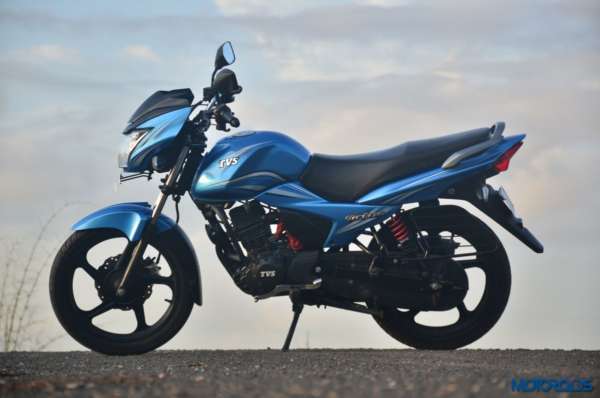 During the pre-monsoon showers that Mumbai witnessed in the past week, the hazard lamp on the victor came to our rescue, and we switched it on while we waited for the rains to stop. The hazard light on the Victor is a great addition for a bike in this class, and we’ve gotten used to turning the blinkers on, all at the same time whenever we have to stop by the side of a road.

The rather heavily built staffers at Motoroids find the suspension on the Victor comfortably soft and absorbent while riding single. While the Victor feels pretty solid for its class while riding at speed, the comfortable setting may turn a tad too soft when there are two heftily built mortals loading it up. We’d suggest the five-step adjustable suspension be wound up to a stiffer setting during such occasions. Ditto for the times when you want to take it out for a longish ride around the city. Though the Victor isn’t meant specifically for enthusiastic trips out of town, our colleague Nimit did take it out to a 400 km return trip to Bhandardara near Mumbai, and he only had good things to say about the bike’s comfort and ability to cope with the highway. The Victor clocks a top speed of 102 kmph, which is pretty good for an everyday commuter we’d say. Our only little concern is the relative lightness of the bike at the front end, which gets a bit more pronounced and makes the front bar feel a tad too light, especially when you are riding two up at crawling speeds. 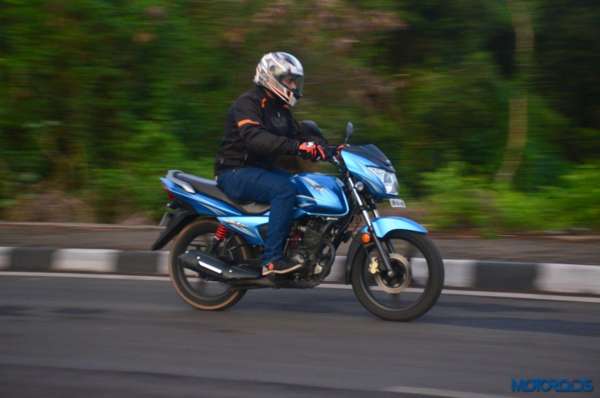 The 110cc Ecothrust engine on the Victor is a refined, fuss-free and efficient motor and is ideal for commutes in the city. The engine-speed linked power and economy zone indicators allow one to extract good fuel efficiency from the bike. We have been able to get a fuel economy of about 60 kmpl with light to moderate throttle input. Gear shifts too, are pretty smooth. A special mention should also be made of the exhaust note of the Victor which is quite thoraty for a commuter and is something which is a rarity within its class. 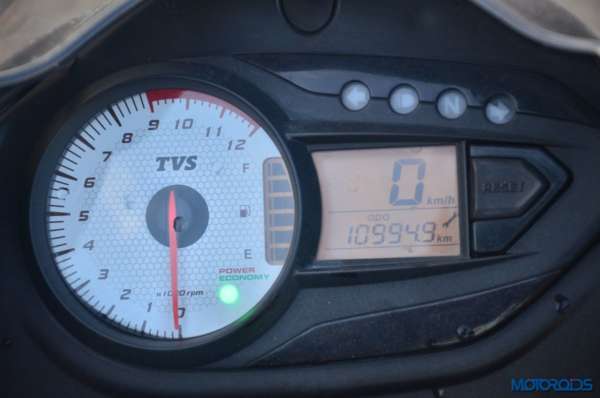 In the looks department, the Victor looks meaty and appears to be a tad bigger than other motorcycles in its class. From a long term ownership perspective, we’ve seen people who may have been prospective buyers in the segment often steal a second glance at the Victor, sometimes followed by a query about the price and the all-important ‘mileage’. We must say, the bike looks quite premium in its ‘Blissful Blue’ paintjob. The headlights too do a decent job with a segment leading 60W headlamp illuminating the roads with confidence. Speaking of highways, the Victor’s well cushioned seat feels comfy even on longer rides. Another highlight here is its contrasting red stitching that look quite sporty.

Last month, the service indicator on the victor popped up, indicating that the third paid service was due. Not that the Victor gave us anything to complaint about, but a quick service with oil change would make it good as new again. The only problem to report at this point, and quite a small one at that was that one of the two pilot lamps in the headlamp section stopped working. 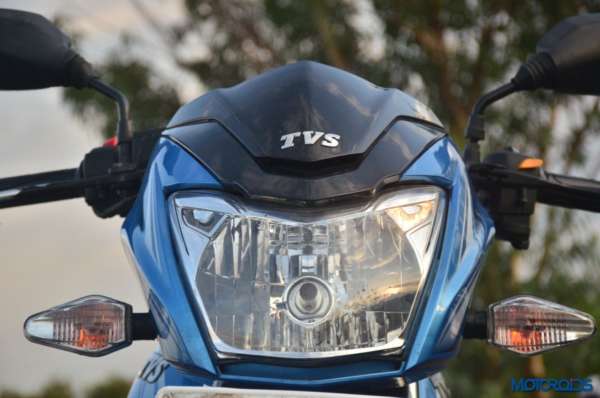 Apart from that little niggle, the Victor is holding up pretty well, and with regular maintenance like tightening of chain, periodic check of cables and play on the brake lever duly carried out the bike is running without a squeak. It’s the proverbial workhorse and has served at least four different staffers at Motoroids – all of whom ultimately grew fond of it for its likeable virtues for its segment. It’s a no-nonsense machine which sticks to its brief and delivers on parameters that matter. That relatively meatier appearance and that sportily stitched seat are probably two very subtle hints from some of the engineers at TVS Racing who contributed their precious bit in making it such a sorted product.