A New Age CLASSIC: With the Bullet Classic, RE has added a tinge of modernity to their traditional, scrumptious Bullet preparation. Does the new recipe excite our taste buds? 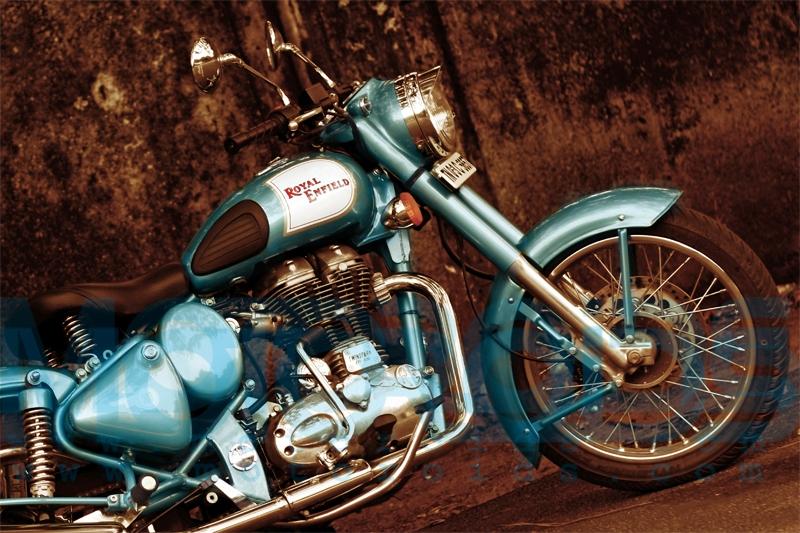 Whenever a new Royal Enfield rolls out of the factory, for the audience outside the ‘Bullet’ cult, it’s just another iteration of the same old thumpers that the world has gotten used to seeing in the last few decades. I’m one such person – be it the legendary cast iron mill, the AVL engine or a Y2K model, it all sounds the same to me – the most basic form of a four-stroke engine which needs to be drastically overhauled to keep up with today’s technologically advanced times. However, when we sampled the Machismo LB500 in our search for the ‘Fastest Indian’ last year, I knew that a potent thumper had arrived on the scene. Regardless of what people think, the LB500 was probably one of the best Bullets made throughout the last century. Being a Japanese litre-class bike devotee, I am not very fond of Royal Enfields.. 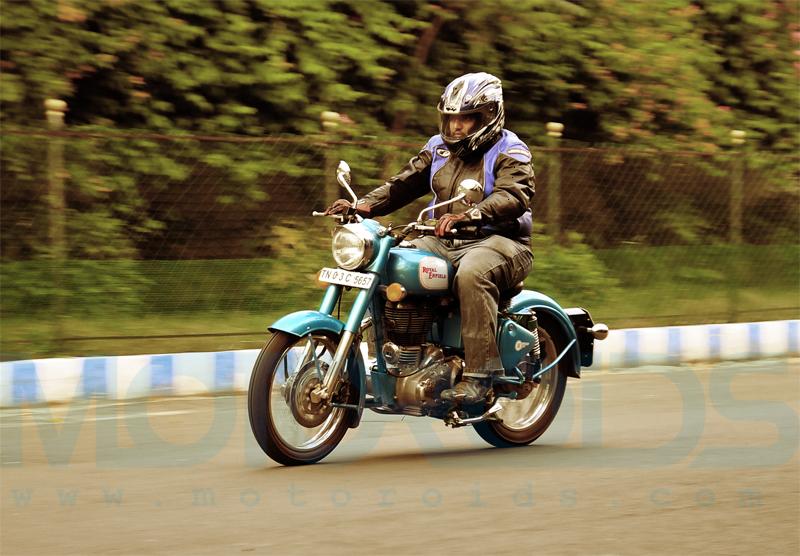 However, I had somehow managed to develop a soft corner for the LB. So when the news of the Classic 500 came along, I was eagerly waiting to get my leg swinging around its cycle-seat. The chance finally came through last month in the form of a ride from Bengaluru to Chennai. Since the itinerary only included long highway stretches and absolutely no ghats or off-road sections, the 350-odd kilometer ride still turned out to be a mere ‘first ride’ than an exhaustive report. But nevertheless, here are my two pence on the C5 (RE’s abbreviation for the Classic 500) … 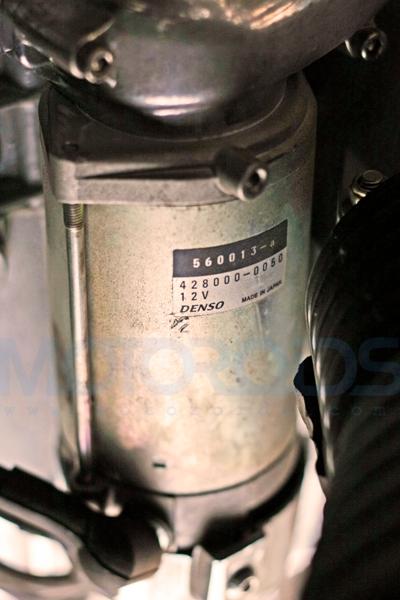 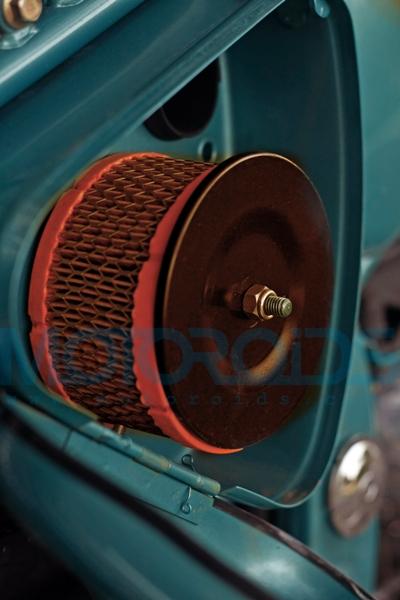 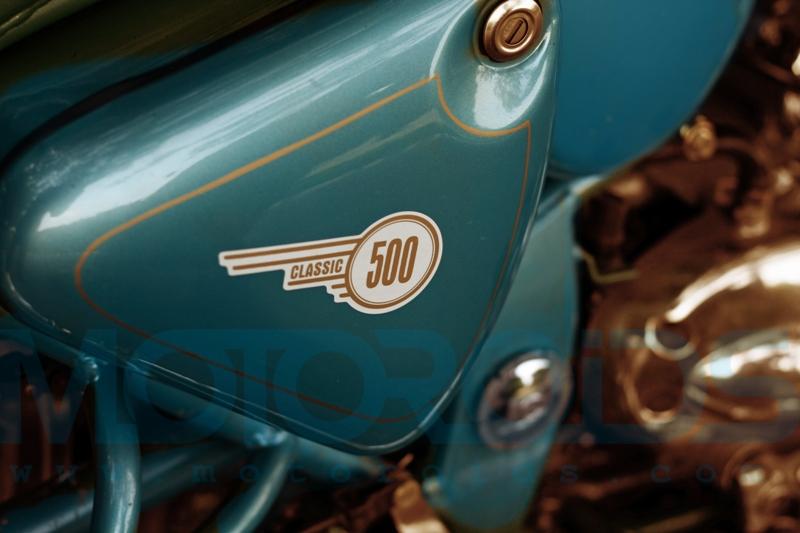 What used to be a tool-box on the earlier Bullets, now acts as the air-box on the Classic

The C5 stays true to its ‘Classic’ nomenclature and takes design cues from its 1950’s ancestor, the J2. The C5 has interesting old-school design bits like the sprung cycle seat, headlight hood, a plain round taillight floating off the long, sweeping rear fender, the knee-pads on the fuel tank, the round tiffin-box style air filter housing (which actually houses the ECM) and oodles of chrome garnish. The rest of the bike’s surface is can be had in the distinctive bluish green, red or black colour. Speaking of which, the paint on the Classic looks decent (thanks to the new paint technologies adopted by RE for their export models) – and with the paint extended to each and every millimeter of the chassis, it’s a welcome change to the eye after watching the conventional Machismos and Thunderbirds around. 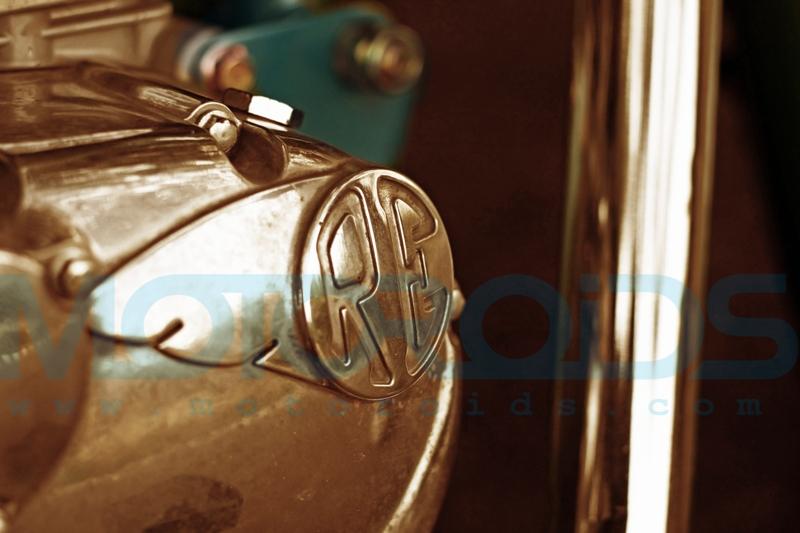 The crankcase gets the classic ‘RE’  logo embossed on its body 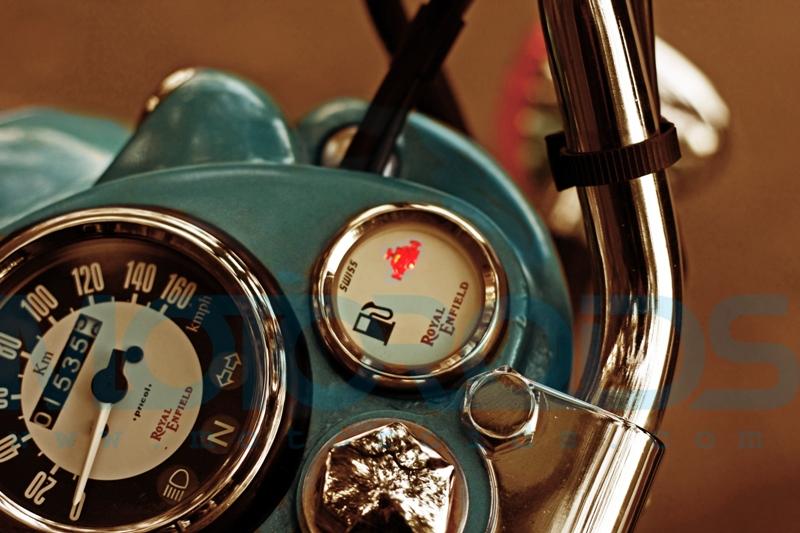 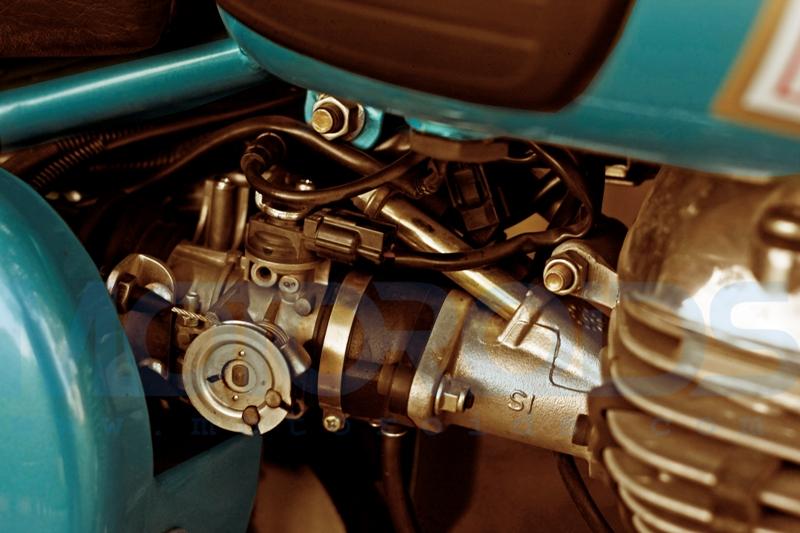 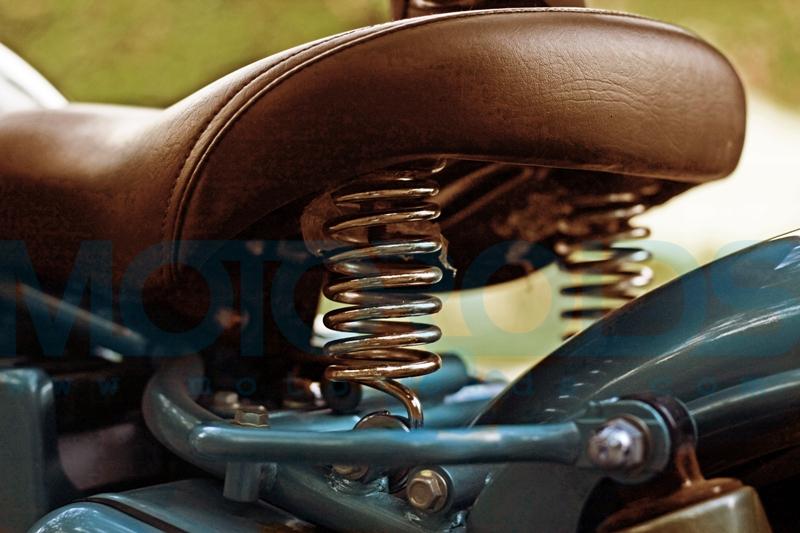 The springs contribute to the cushioning of the Classic cycle seat 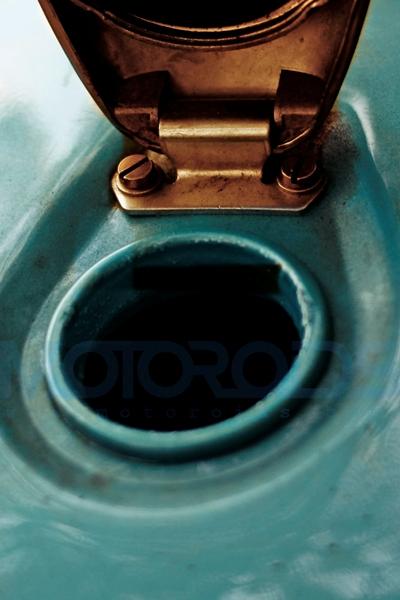 Overall the C5 has enough styling variation to stand out against its siblings – and that is what makes all the difference. Don the right attire like an old-school leather jacket and an open face helmet on the Classic and you are bound to end up looking like a retiree who still cherishes his hay days from the pre-independence British era. In fact the bike looks so old-school, that if our fair-and-lovely boy Mihir were to use it on a regular basis, it would spawn another ‘Simon Go Back’ movement! Dress properly, and ride this baby with some attitude – turning heads and craning necks are guaranteed.

Coming to the engine, the C5 employs a brand new mill. It’s not the AVL 500cc lean-burn engine from the, err, LeanBurn500 – but instead a dual spark plug, unit construction engine (UCE) derived from the 350cc mill that powers the Thunderbird twin-spark. As you may have already guessed, the new engine  has a different exhaust note as compared to the deep, pounding note of the conventional Bullets. There is a hint of a ‘wheezing’ sound alongside the thump – which makes it feel as if a poor old asthmatic is trying to replicate the thump of a Bullet by coughing every ounce of life out of his lungs! If you like your Bullet to announce its arrival, then make sure you opt for the optional upswept exhaust – for the stock one won’t sound any louder than a pipsqueak. Can’t blame RE though, for the ever worsening emission norms demand such incorporations. 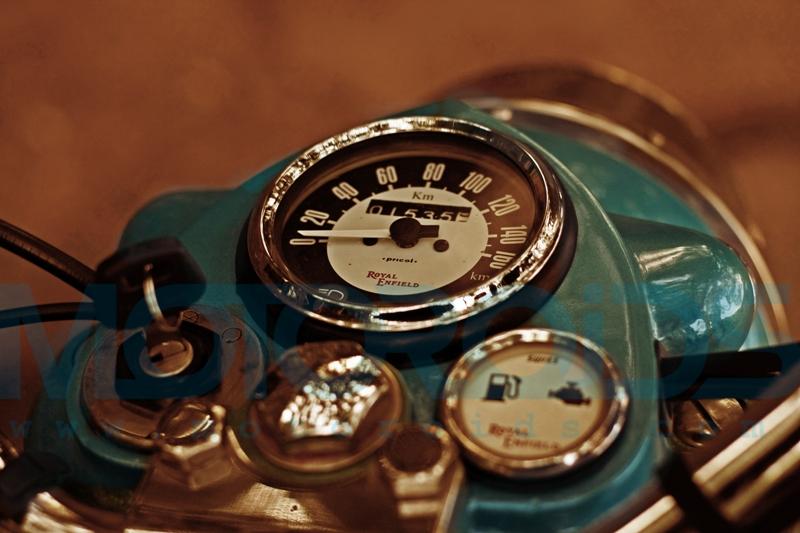 The instrumentation layout remains similar to the conventional RE’s 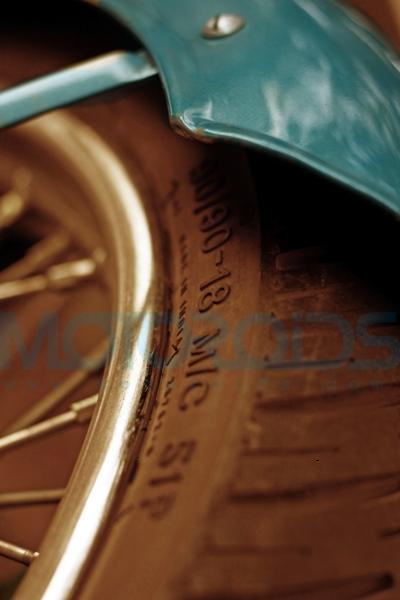 Finally the Bullet gets 18-inch rims!

Like any other Bullet, the thump of the C5 sounds intimidating only when you rev the living daylights out of the engine. And since there is no rev counter to tell you where the red line is, you need to trust you ears to know when to shift to a higher gear. With the right shifts, the 500cc UCE managed to propel my test bike to a speedo-indicated top speed of 130 km/h, but brought along a lot of vibes. The absence of a balancer shaft in a single cylinder engine as big as this is bound to emit vibes. Hence for my liking, the C5’s enjoyable speed range lies between the 90 km/h to 110 km/h mark – where the bike does not vibrate much, gives you a decent cruising speed and most importantly, it still leaves you with a few extra units of turning force to make those quick overtaking maneuvers. Speaking of which, the C5’s electronic fuel injection not only gives the bike a linear acceleration but very reassuring roll-on timings as well. There is no fluttering whatsoever as the ECM constantly churns out optimum air-fuel mixtures for a smooth engine performance no matter what temperature or altitude you are operating on. 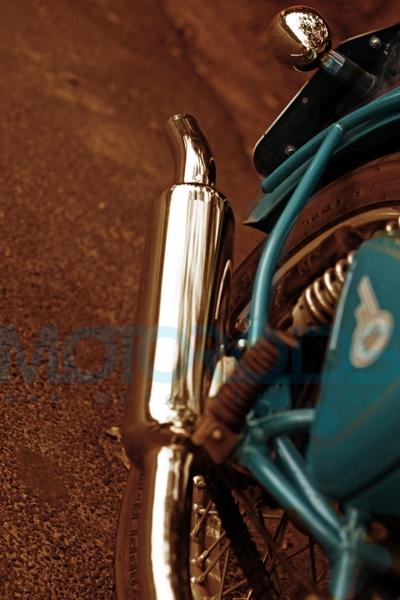 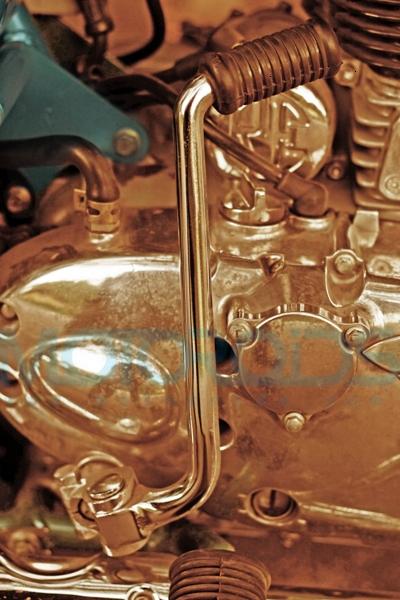 The Indian version of the Classic gets a kick starter too 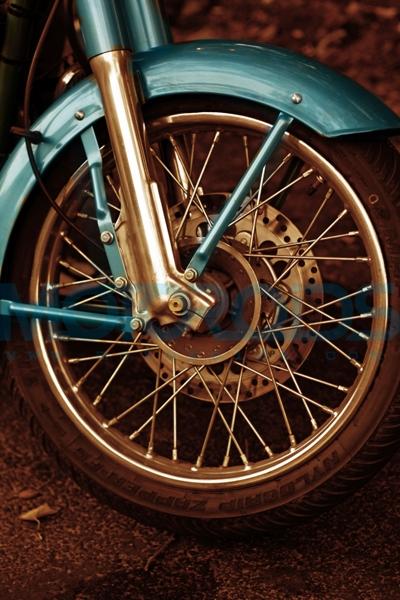 Though the Classic uses 18” rims, the hub remains the same – making retro fitting of the new rims easier on older Bullets

As I mentioned before, the C5 emits unnerving shivers after the 110 km/h mark (not unnerving enough if you are the type who thinks that a ‘classic’ MUST vibrate). These vibes do hamper ride quality but if you remain in the 90-110 km/h zone you will not only be greeted with cruising comfort but also with some phenomenal handling. The Classic has finally ended the love affair between the Bullets and the 19” wheel rims. It instead employs 18-inchers shod with MRF Zappers both at the front and rear. The new wheels and tyres coupled with the gas-shocks at the rear make for surprisingly good handling etiquettes. This statement is based purely on my experience while riding the bike on high-speed straight highways. 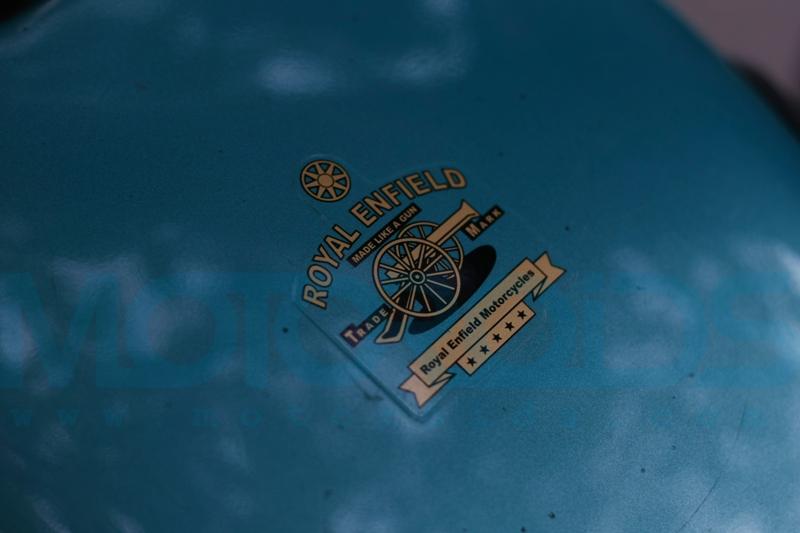 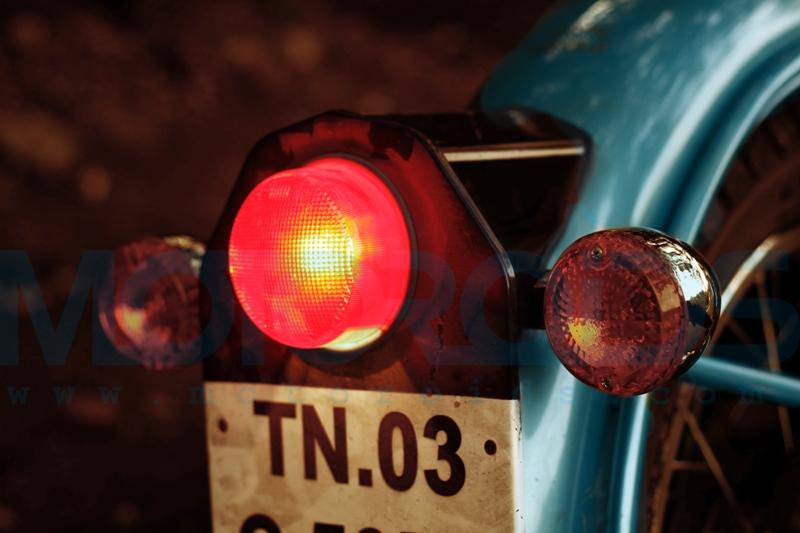 However, keeping in view the poise and balance of the bike while tackling the undulations and sudden direction changes at high speeds, I have every reason to believe that the bike will handle well in the ghats. The only ugly piece in the jigsaw is the cycle seat which acts like a suspension itself! It contributes to the fairly decent ride quality but when you try to lean the bike into a bend, the inner spring tends to ‘bottom-out’! Expecting these springs to have their own pre-load setting is a little too much to ask for, ain’t it? But on a serious note, I do like it. The movement of the seat while shifting your weight does add a wee bit of nervousness to the handling, but it is that very nervousness that gives you the honest feeling of riding a classic motorcycle! 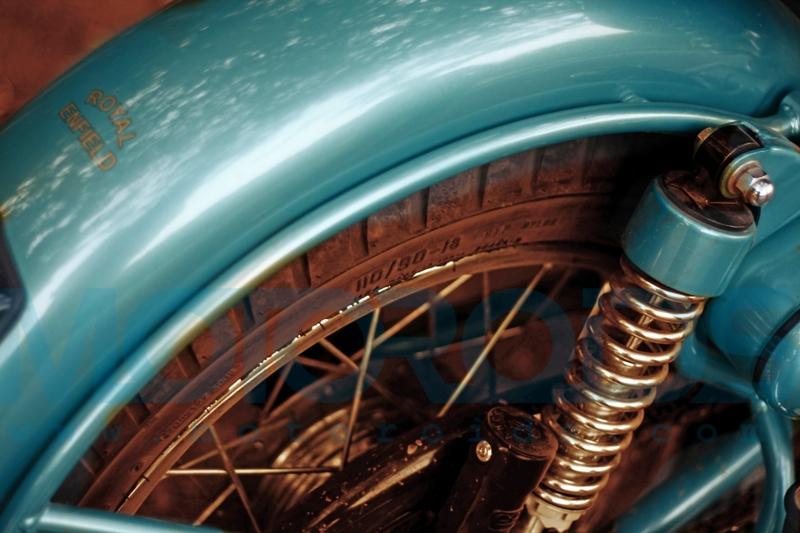 The rear suspension gets gas-damped shocks from the LB500, albeit with a colour-matched head 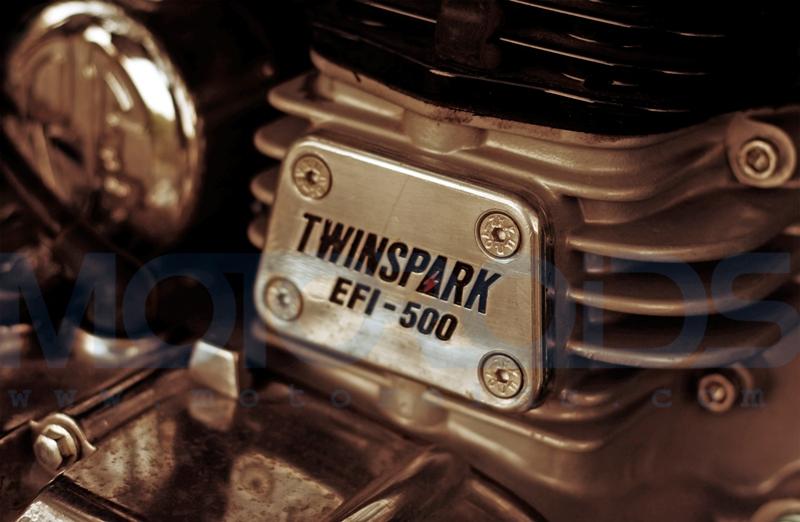 Instead of using the proven 500cc mill from the LB500, RE has plonked a fresh, technologically advanced fuel-injected, twin-spark plugged Unit Construction Engine (UCE) which is truly wonderful 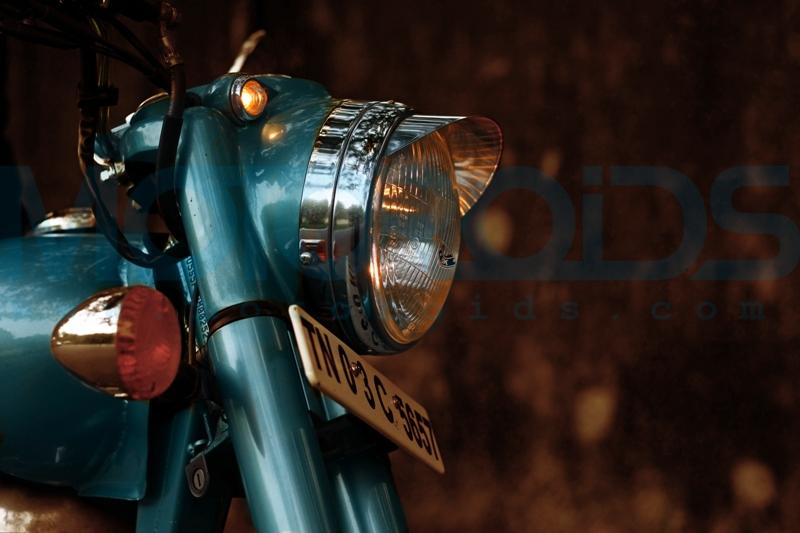 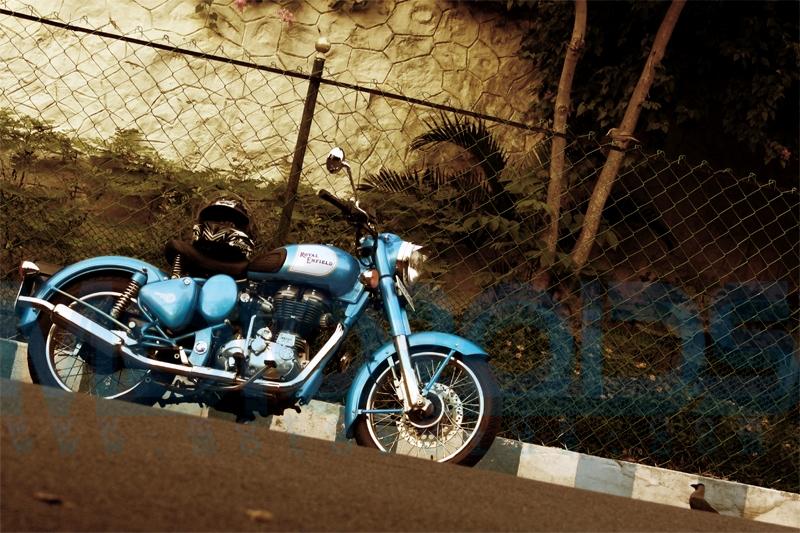 Well, from the short stint I have had with the Classic, there is no denying the fact that I like the new kid on the block. But at an asking price of 1.6-lakh rupees I would have liked the Classic to feel equally comfortable and smooth at 125 km/h as it is at 90 km/h. However for someone not too interested in outright performance, the Classic proves to be a great combination of style, class, feel good factor and hopefully, improved reliability. For me, I guess I need to pit the C5 against its most immediate nemesis, the LB500 before I change my perceptions….