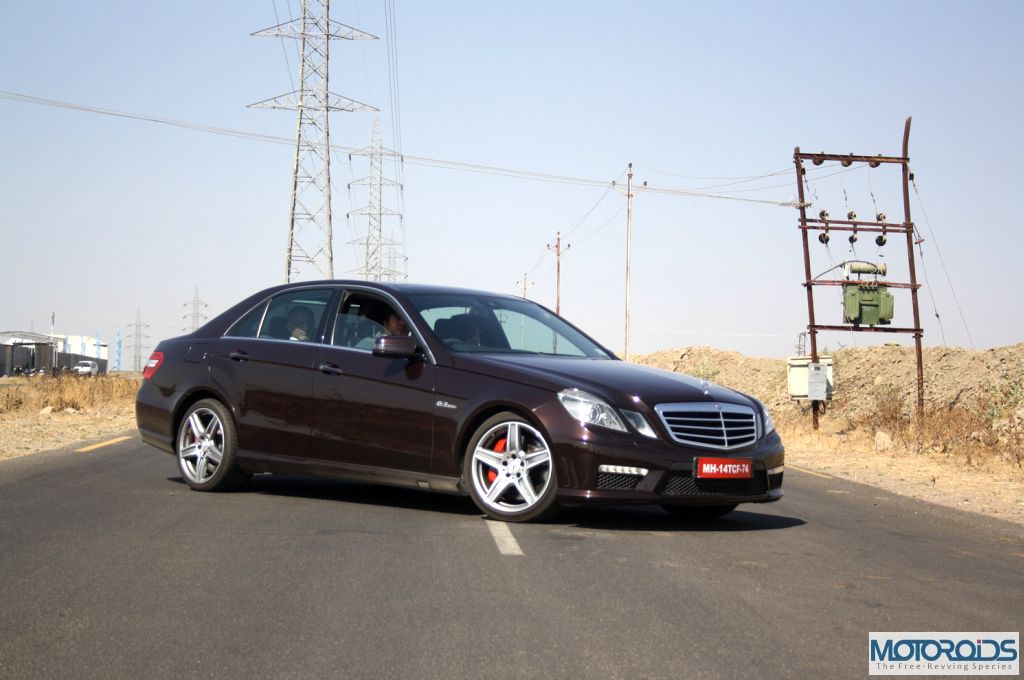 After having tasted blood with the C63AMG, arguably the best car we drove during the Mercedes-Benz AMG drive, it would be difficult to be overwhelmed by something else. Just to play safe, we decided to pick another AMG, as it can be quite a jolt if you hop into a regulation vehicle after an AMG, even if it’s a Mercedes. So we chose the E63AMG, resplendent in its low-profile tyres, long bonnet and that contrasting red colored brake caliper acting as the proverbial ‘cherry on top’.

I have driven the C63 AMG and SL63 AMG on previous occasions too, and I somewhat knew what to expect of those beauties. I was, however, flirting for the first time with the E63, and I committed a mistake as I presumed it would behave on similar lines as its brethren. How gravely mistaken I was! I wouldn’t know before I experience it first hand, and later realize that I was not the only one to have thought that way. 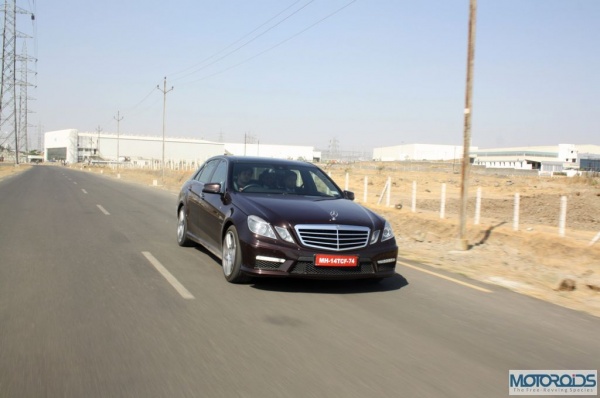 Climbing in the E63 makes you realize that this isn’t quite the C63 experience, at least in terms of the trim colors and the sportiness of the seat. The interior is done in black, with carbon fiber, aluminum and chrome thrown in, in good measure, but it doesn’t quite absorb you as fondly as the smaller C63. From behind the wheel, you could see the three pointed star having moved further away. This seems to be a long-ish vehicle. I can already feel the tightness of the C63 loosening away, and that isn’t really a great sign for a sports car.

Time for an important note here; if that 63 AMG badging made you think that this car, just like its smaller cousin is powered by that massive, all too familiar 6.3 liter naturally aspirated V8 with 450 bhp on tap, you would be wrong. Variant names in good old days were in accordance with their engine capacities and the fuel types. Not anymore! Automakers seem to be out in a mad rush to confuse you with their badges, and this one seems to be following the trend. The E63AMG is powered by a new 5.5 liter twin turbo gasoline engine, which even with its lower cubic capacity manages to return not just more power, rated at 550bhp (100 horses more than the 6.3), but also a claimed 20% enhancement in fuel efficiency. Of course, a turbo cannot quite match the thrill, linearity and revviness of an NA engine, but this one is known to be good. The engine is mated to AMG SPEEDSHIFT MCT 7-speed sports transmission. 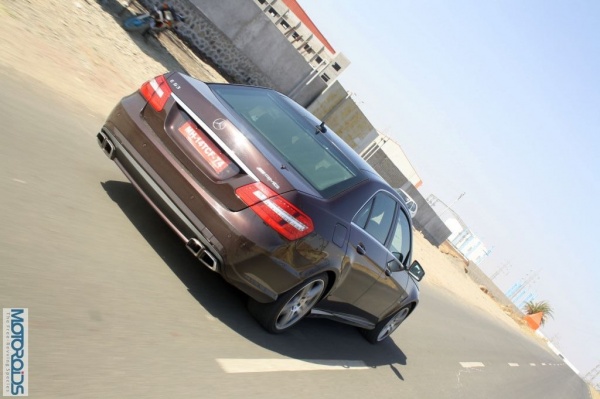 Truth be told, my first stomp on the right pedal and I already feeel the E63 to be a little softer. Now see that, that’s how having driven a better car previously changes your perception. Had I just walked out of a normal, everyday Merc, say, the normal E-class, I would probably have been singing praises for the AMG version. But I had just driven a far more balanced machine in the C63, and the difference was evident. The E63 feels rather soft and heavy footed for a car with that fabled AMG badge on its boot. It has enough juice for sure, but in a manner that suits a drag racer more, than a circuit dancer. The rear suspension feels cushier than required and even with all the reassurance during the straight line acceleration, I can almost see  the E63  smiling wickedly at me. We aren’t quite on the same page.

And I understand its trickery in the very first corner. There is a U-bend awaiting me at the end of the straight road. I have marked this corner for these antics as it is wide and deserted enough, offering itself as an apt place to have a little fun. I slow down reasonably before the bend; wait halfway into the corner before powering out, and as my instincts told me, this wicked thing throws her rear out rather wildly. I don’t really think I provoked her too much. Having anticipated something similar in advance, thankfully, I was prepared. A couple of quick counter steer inputs in quick succession, and its back in line, assuring me enough that she’s not the kind who enjoys being teased. Oh, and just to add some more spice to the adventure, even as I wrangled with the steering wheel I saw this Tata Ace nonchalantly making a dash towards me in the distance, it’s driver totally unaware that he was driving on the wrong side of the road. He duly raised his hand as we crossed each other, asking me what the hell I thought I was doing. I really regret having passed him without extending my apologies for driving on the right side of the road. 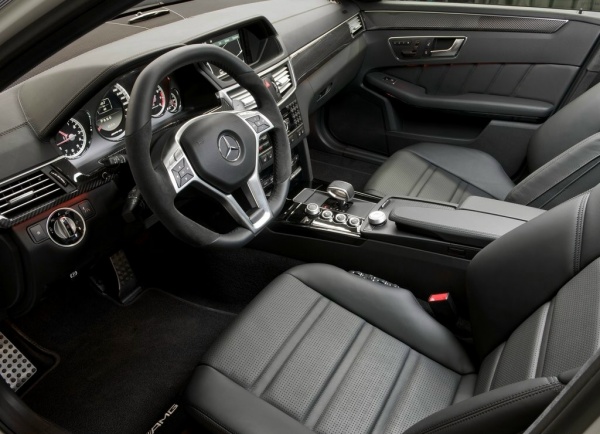 I threw in some caution for the drive ahead, only to realize that she was still grinning at me, waiting for another chance to surprise me. I won’t give her one, am too old and seasoned for that now. Sorry.

The E63, just like the C63 has the comfort, Sport, Manual and Sport+ modes to choose from as the preferred drive mode, and they do the same odd thing. The Sport+ mode in the E, however isn’t as vicious or as engaging as the C63 though. Not that I would really test it to the limit on public road anymore after having seen here wild side. Two of my fellow journalists, one of whom got his hairy moment on this very drive, and the other one who managed to spin it 180 degrees on a racetrack substantiated my belief by fully agreeing with my thoughts for the car.

You may think that the E63 isn’t a great performance car for her temperamental behavior. But you know what? The most successful supercars in the world are the ones with their own quirks and eccentricities. The Lamborghini Murcielago killed more aficionados and journos than any other supercar of its stature. And yet it was absolutely adored across the world as a representative of the purest breed of supercars. Clinical and Supercar, in the world of a true blue auto buff represent a dichotomy. The E63AMG too, is a pricey, fussy dame. You like temperamental ladies? Go ahead, have a fling with this one; she’ll give you the time of your life!