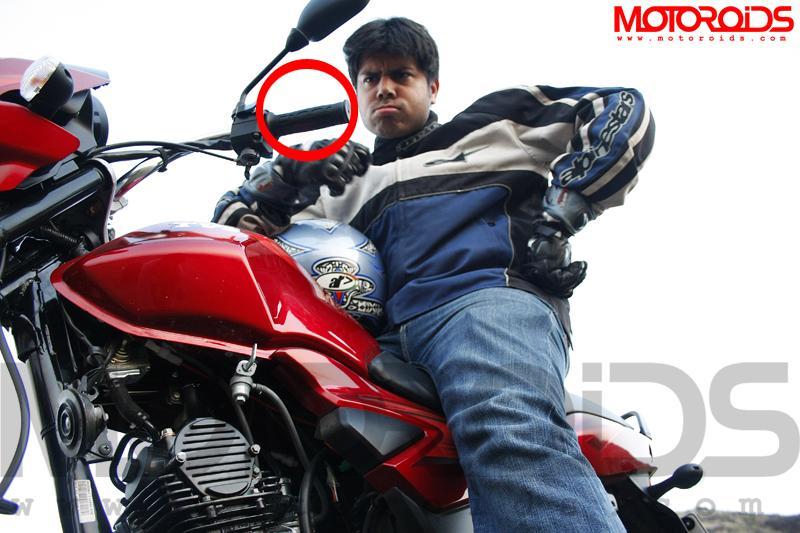 I’m really elated as I write this review. After about 30 years of clinically copying a Japanese design to the T for making commuter machines in India, I see something that can be termed innovative in the functional sense of the word. The Jive is a new experience for the commuter rider. It’s a different bike. It’s not revolutionary, but it’s ingenious. It’s not ground breaking, but it’s substantial enough to make the competition think and act fast. It’s not about a discovery or an invention, it’s about application. The Jive is proof that TVS is a company of thinking people who are not afraid to experiment.

So what is it about the Jive that makes me go gaga over it? Didn’t we have one Hero Honda Street which featured a similar tech and which bombed miserably? What’s so much to rave and rant about the Jive’s clutch-less rotary gearbox? Well, I think the Street featured a novel tech on a platform which wasn’t very popular with the Indians. And just because no one else had the wisdom to incorporate the tech on a conventional platform doesn’t mean that the technology wasn’t useful. With the Jive TVS have done just the right thing – introduce the technology where it is actually required. 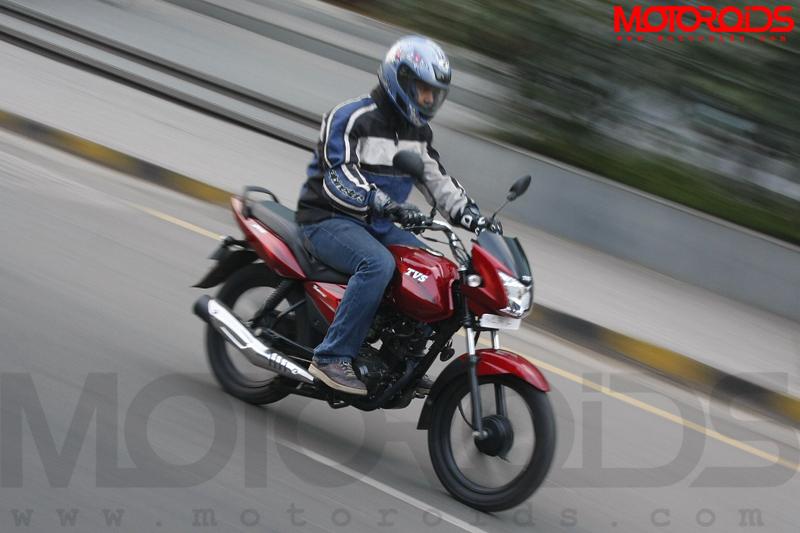 Those of you who live in a metro and who have experienced the agony of rush hour traffic should know how irritating it is to continually squeeze and release the clutch and shift gears every time the traffic moves another five inches. Not only is the exercise fatiguing, but it also takes its toll on the clutch plates. The Jive works like magic in stop start traffic scenarios. It’s got no clutch, so you don’t have to bother your left hand fingers at all. Secondly, it doesn’t move when it’s idling, even if a gear in engaged – so you can just slot it in 2nd gear and it’ll act just like your twist-and-go scooter. Sounds mind-boggling, but that’s how it is. You can slot the Jive into any gear, accelerate and halt without having to bother at all about putting it back in the neutral gear. It may not sound very enticing for the speed enthusiasts, but those who commute through heavy traffic for long distances should be able to understand the convenience the aforementioned arrangement can offer. 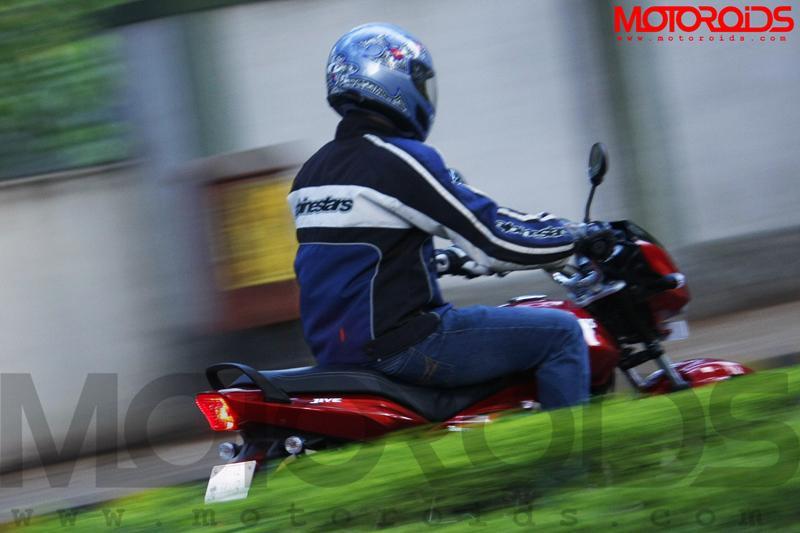 In the first look, you won’t probably even recognize the Jive as a new motorcycle, and let is pass as ‘just another commuter. There isn’t any visual aberration from the usual – the Jive taking into consideration its conventiona; design and diminutive proportion, ‘is’ indeed just another commuter c- sans the clutch lever. The difference is the gearbox. The Jive features a rotary gearbox which allows you to shift from neutral to first to fourth and directly back to neutral. The reverse is also true, so you can actually shift from neutral to fourth if you like. And just in case you thought doing that won’t make any sense, think again. The Jive can actually be set into motion from a standstill even when the fourth gear is engaged. It’s got loads of torque at the bottom of the rev-range and the centrifugal clutch allows slip until there is sufficient spunk to maintain a steady speed. So effectively you can ride the Jive in any gear, at any speed, and it will never stall. You can ever start the bike in fourth and trundle away if you don’t care about acceleration. You cannot shift into neutral from first and fourth gears though, while the bike is in motion for safety reasons. 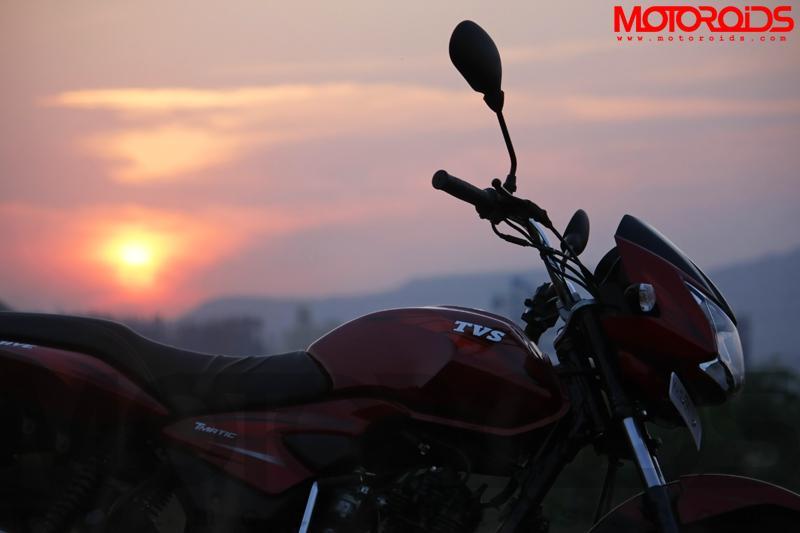 So why do you have to even engage shorter gears if the bike starts and runs in any gear? Firstly because if you start off in the fourth gear at a traffic signal, you’d definitely be run over by the truck behind you as soon the light turns green. Secondly, it is not recommended to run low speeds in high gears as it has an adverse effect on the life of the clutch plates. The durability of the TVS clutchless system has been established in the Indonesian market, however it’s only at about 2500-3000 rpm where the engine starts enters the meaty torque band, and that’s the minimum recommended rpm where you should be if you wanted your bike to run at maximum efficiency. The bike will pull from even 1000 rpm, but the gearbox will have to allow a certain degree of slip to facilitate acceleration in higher gears, which in turn will have a negative effect on the gearbox. 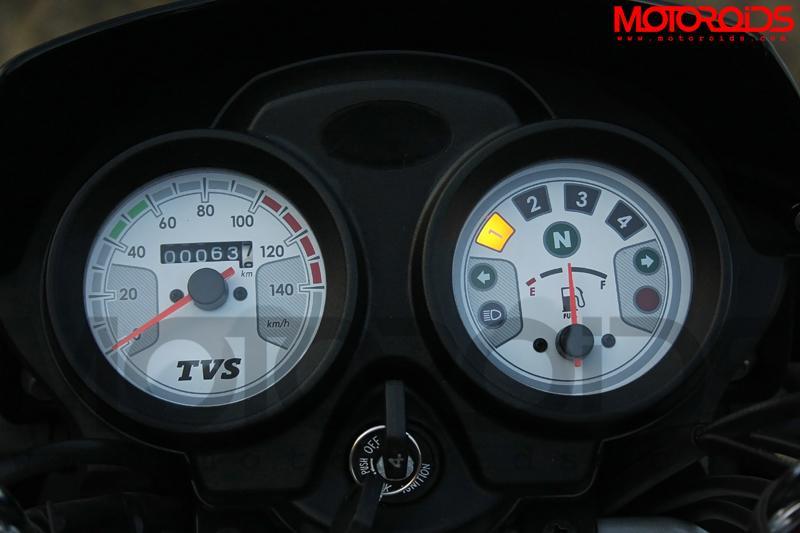 TVS claim that the Jive should be able to return a real world fuel efficiency of 55-60kmpl in the real world, which we think is good enough. The top whack and acceleration of the machine isn’t too great, but then that’s not something that the engineers ever targeted. The Jive is targeted squarely at the 25-40 year old commuter who rides more out of compulsion than choice, and for whom terms like top speed, 0-100 etc don’t matter at all. The Jive is definitely not meant for the highway, but within the city, it’s more than sufficiently capable. 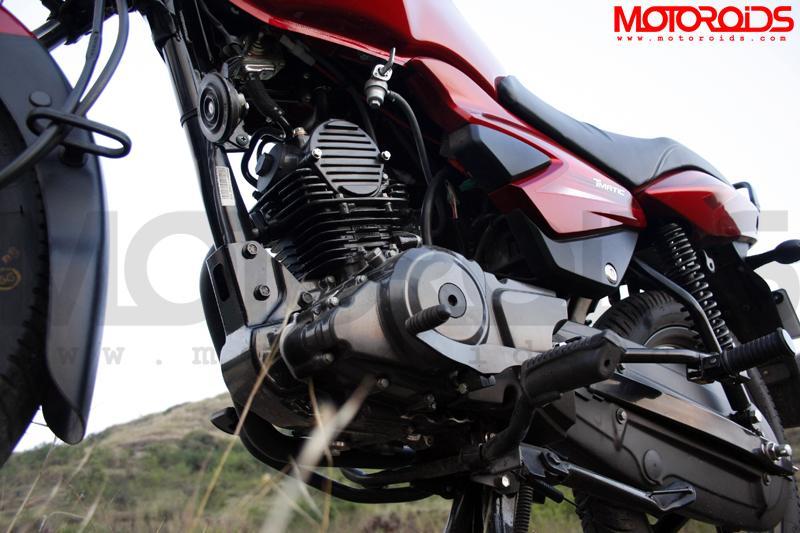 There are some extras on the Jive as well, which you don’t usually find on entry level commuters. First is the gear indicator on the instrument console which lets you know which gear the bike is in. Then there is the under seat space which is slightly more than any other bike. You can store a folding umbrella and a half-litre water bottle under the Jive’s seat.

Convenience and comfort are two words around which the whole philosophy of the new Jive revolves. It doesn’t make any tall claims about power, performance or fuel efficiency. All it promises to deliver is a convenient, comfortable and hassle-free ride for the commuter through the catastrophic city traffic. And our experience says that it really delivers. Take a test ride, and you’ll have a smile on your face by the time you get off it. 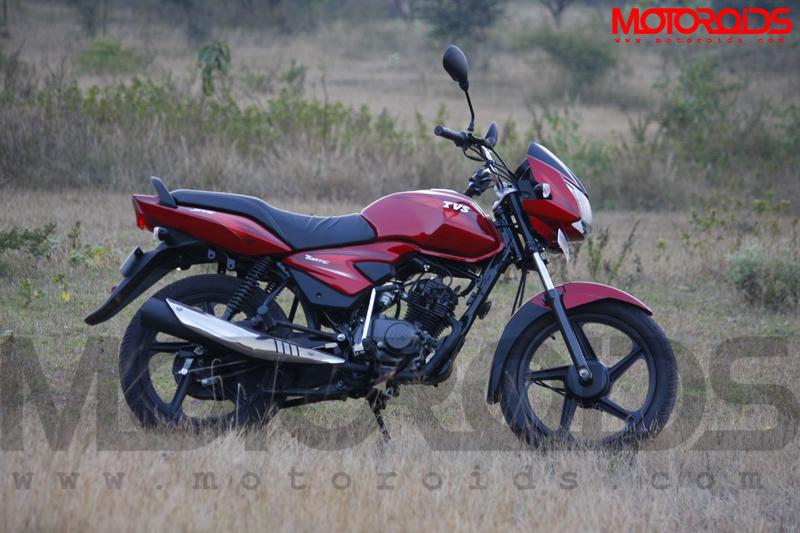