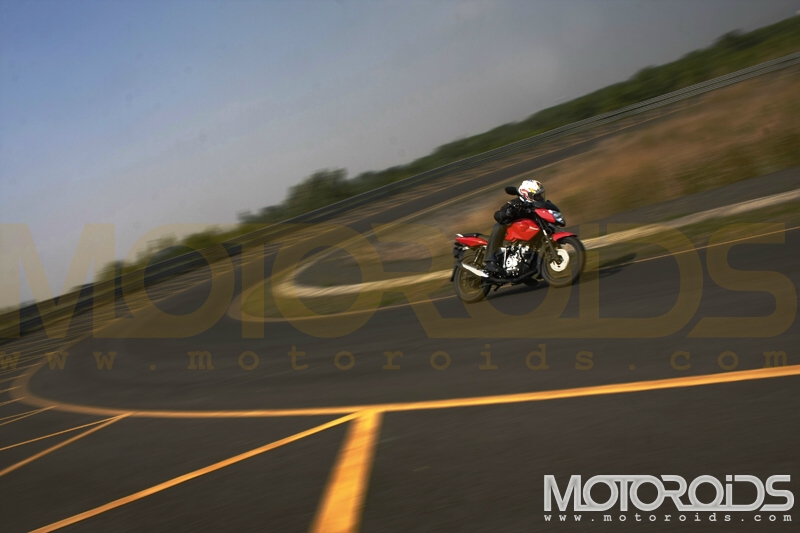 When times got tough, Bajaj came up with a whole new interpretation of the term ‘downsizing’ and it turned out to be a resounding success. Here comes the second salvo.

I just happened to mention the two words, new & Pulsar in the same breath and all of a sudden, my friends who have never previously shown any interest in bikes, bikers or biking wanted to know all about this new bike. As soon as they heard the numeric, one-three-five cc bit, their brows arched with a tinge of doubt. Does it feel like a real Pulsar, they asked. So, for all of you who have the same doubt, let me assure you that this one too is ‘definitely male’ as its brethren. But instead of raising such doubts among its buyers, Bajaj could have just skipped the numerology altogether and just called it the Pulsar ‘Lite’. Sounds nice, doesn’t it? Like one of those zippy, simple versions of a software. Infact keeping the cc ambiguous has famously worked to the advantage of … ahem… one of its competitors.

The new bike shows a quantum leap for Pulsar brand in terms of design as well as engineering. The bike looks as fabulous in flesh as it does in the photos. Bajaj got so fed up with everyone pointing out how similar all the Pulsars looked that they changed all the bits on the Pulsar 135. Right from the switchgear to the foot-pegs everything is new. Henceforth, every Pulsar will get its own distinctive design. However there are some bits that seem like overkill, like the clip-on ‘style’ handlebars. Firstly, they are not adjustable for reach like normal handlebars and I can’t fathom a reason why the Pulsar needs them especially when bikes like the CB1000R do just fine without them. Even the grab rail, it might be a looker, but that does not compensate for the lack of usability of a single piece unit. But minor follies apart, the piece de resistance of the bike has to be those gorgeous aluminum brackets that hold the rear blinkers and the number-plate in place. 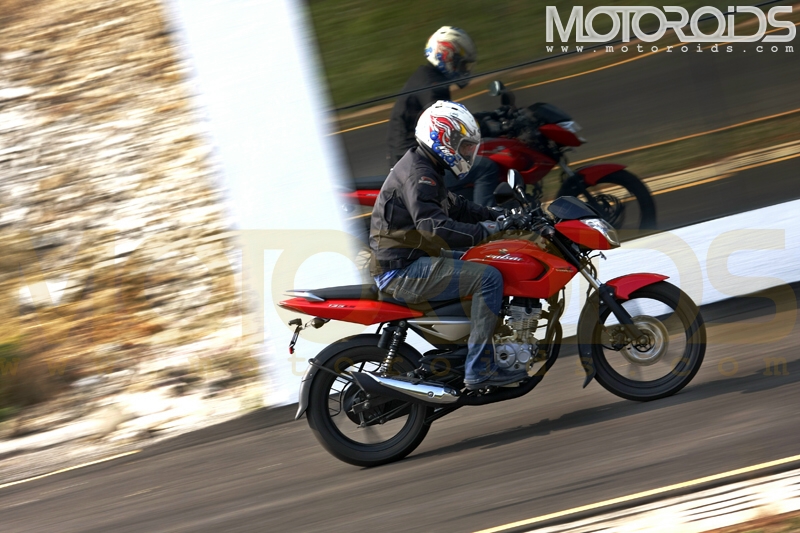 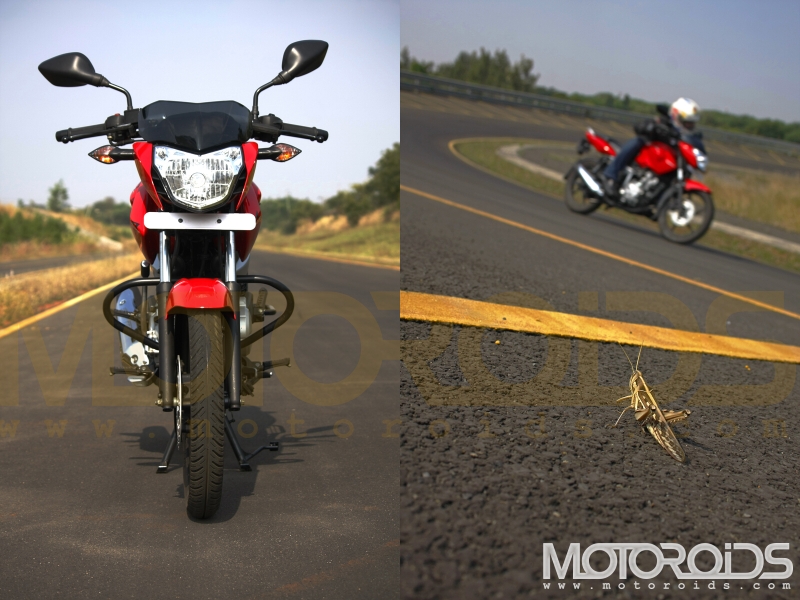 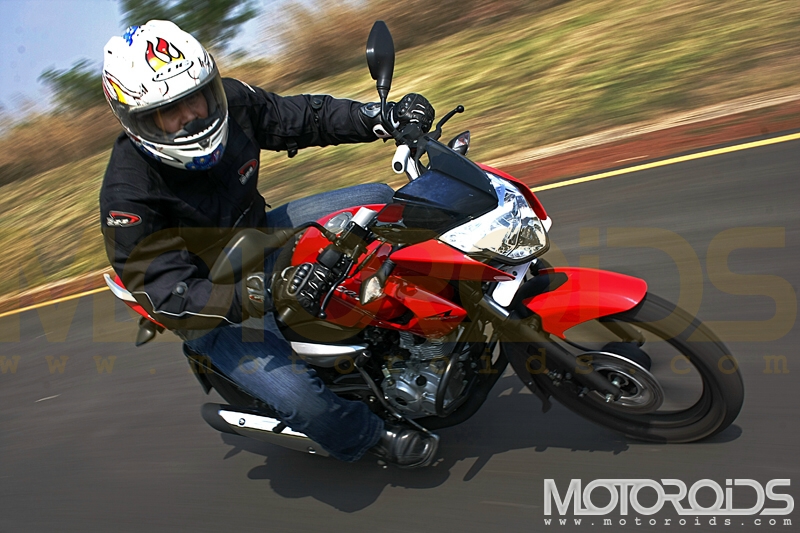 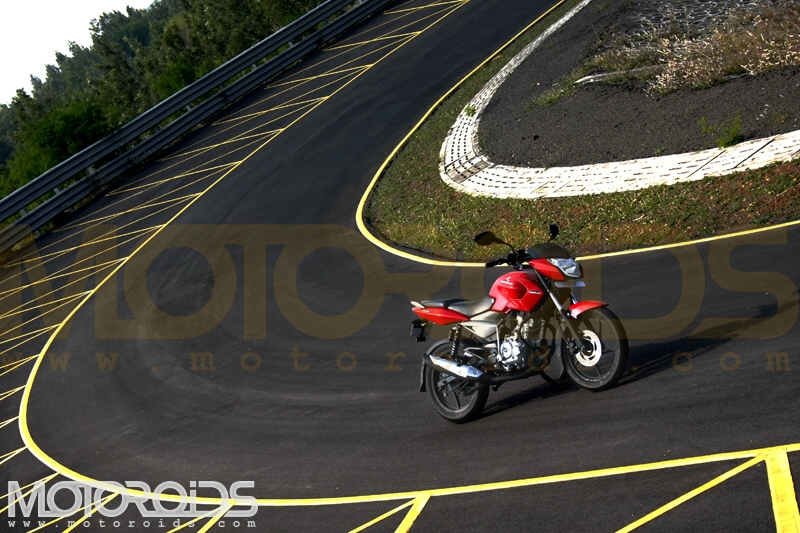 Almost all the parts on the bike being newly developed, there is marked improvement in the levels of fit and finish. If you were to nitpick, you would find some rough edges like the crude elliptical welding at the tip of the silencer. But the overall turnout of the bike is excellent. Lately, I remember having sampled the best ergonomics in the business on Pulsars. At first it was the new 180, then the 220 DTSi and now the 135. Bajaj has got the footpeg-seat-handlebar dimensions as well as the geometry just right. And if it’s right for me, it must be right for the vast majority of the riders as I am built like the proverbial ‘average Joe’, 5 feet 9 and 75 kilos. There are a couple of shortcomings though. The seat squab is too hard and the kick lever digs into your calf, if you tuck your knees into the knee recesses. But then, even the dimensions of the bike, the seat-height, the steering geometry and weight are perfectly judged. It will adapt to the cityscape like a fish to water and is also versatile enough to tackle the occasional highway run and weekend ride or even a track-day, if it has to.

Bajaj has made a transition to a 4-valve head with the 135 LS. The engine has a loud, thrumming, masculine exhaust note in keeping with the Pulsar tradition. The engine is susprisingly gutsy for it’s displacement. It has a good spread of performance throughout the low-end, mid-range and the top-end. This uniform spread of power has been achieved with the help of the well thought out gear ratios. Even the precise and smooth gearshift quality came as a pleasant surprise. The bike is a great performer, with 60 kmph coming up in two tenths over 5 seconds and a true top-whack of 110+ kmph. That puts it firmly into the 150cc territory. But the best part is that it feels even faster. But, this being Bajaj’s first product with the 4-valve technology, refinement, or rather the lack of it is the bike’s biggest vice. The engine doesn’t have the pedigree, the finesse, the harmonious unstressed feel exhibited by some of its closest rivals which feel like they can hold the revs till mother Earth runs out of petrol. 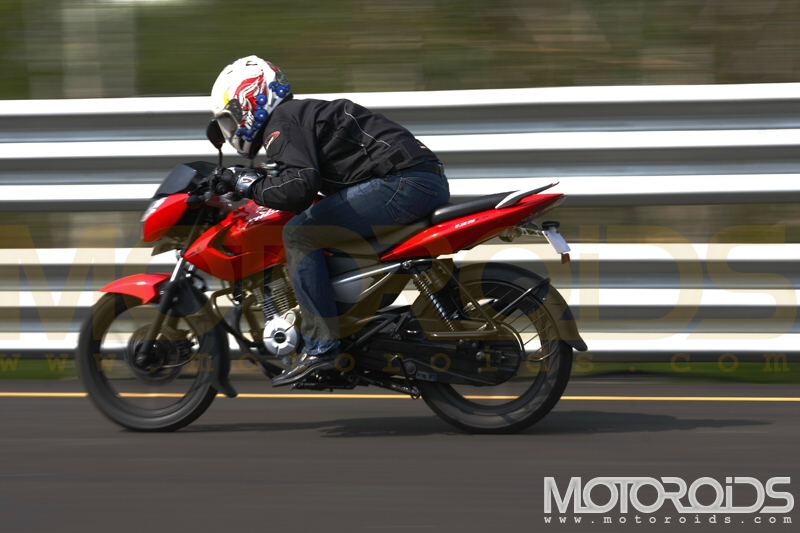 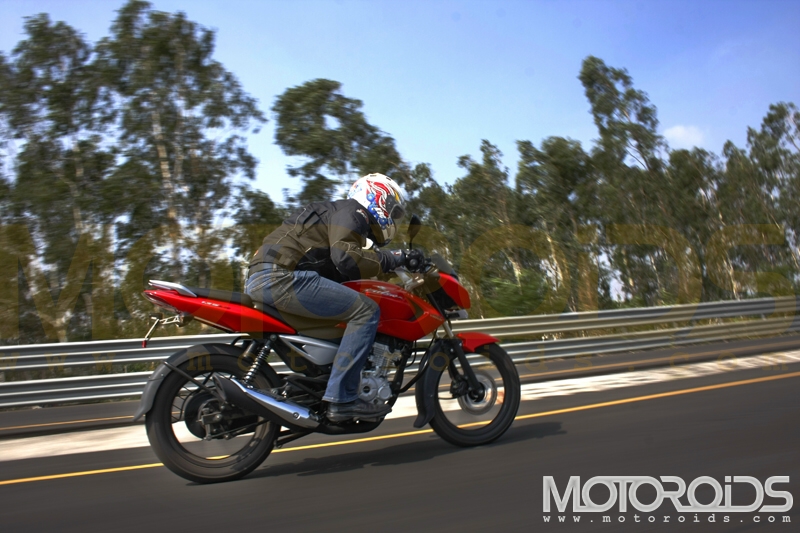 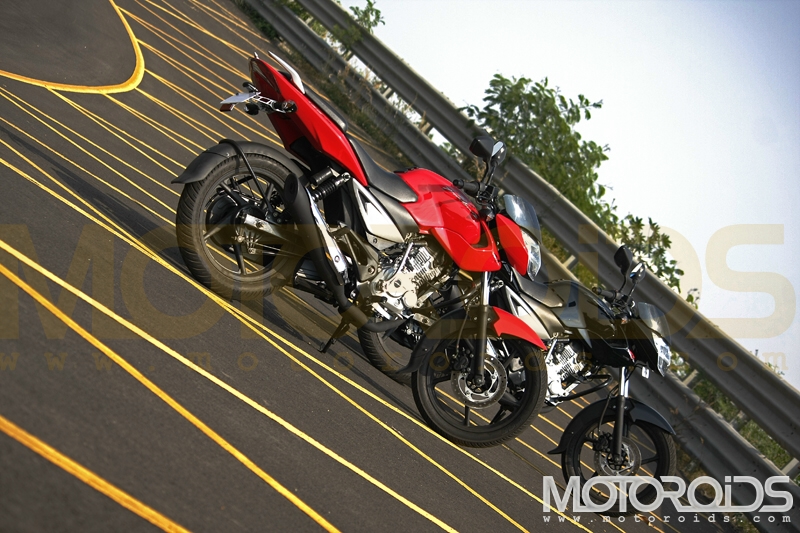 The P135 is based on the same platform as the XCD 135 albeit with a few modifications. This has helped it keep the weight in check. It tips the scales at 122 kg dry. But the bike never feels flighty or unstable even with the clock reading 120 kph. Handling is spot on, with loads of grip from the stick 17 inch rubber and great agility on the switch-backs thanks to the compact dimensions. In terms of handling, the baby pulsar delivers just what is expected from it as the first step to sports biking in the Indian scenario. We didn’t really get much of a chance to sample the bike’s ride quality on the racetrack, but going by the dynamic similarity with the XCD 135, the ride quality should be very well sorted. The front brakes deserve a special mention here. They have an excellent feel as well as bite. Bikes from couple of segments above could learn a thing or two about braking manners from the LS.

The Pulsar 135 retails for Rs. 58,500. Its closest rivals are the Honda twins, Stunner & Stunner FI, which retail for Rs. 55,224 and Rs. 72,834 respectively. The Pulsar is more than a match for them, while the other close competitor is Hero Honda’s neglected child the Achiever, which has none of the bells and whistles of the Pulsar, but has a gem of a 150 cc engine and costs Rs. 60,150, just 1600 bucks more than the Pulsar (All prices mentioned are for On-Road, Pune).

What Bajaj has done with the Pulsar 135 is that, it has let loose the proverbial cat among the pigeons. The Pulsar 135 is like the popular college kid. He is athletic, confident, brash, outspoken and flamboyant. He is always envied by his reticent, serious, studious and sincere classmates. The girls in the classroom know that a few years down the line, when it is time for them to settle down, their nerdy classmates would make good husbands. But for the college prom night, every single one of them wants to go with Mr. Popular. 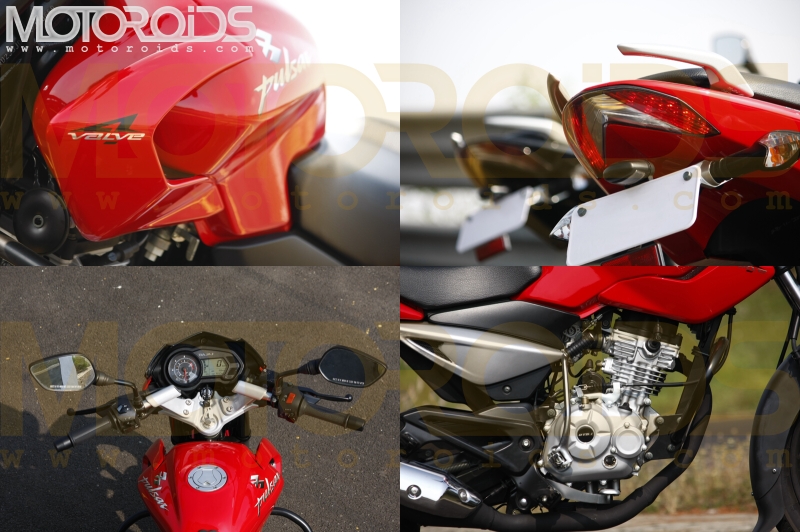 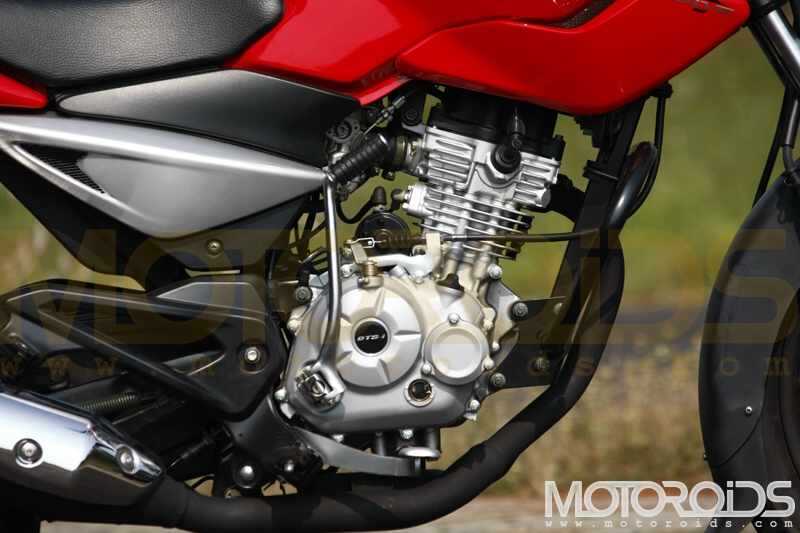 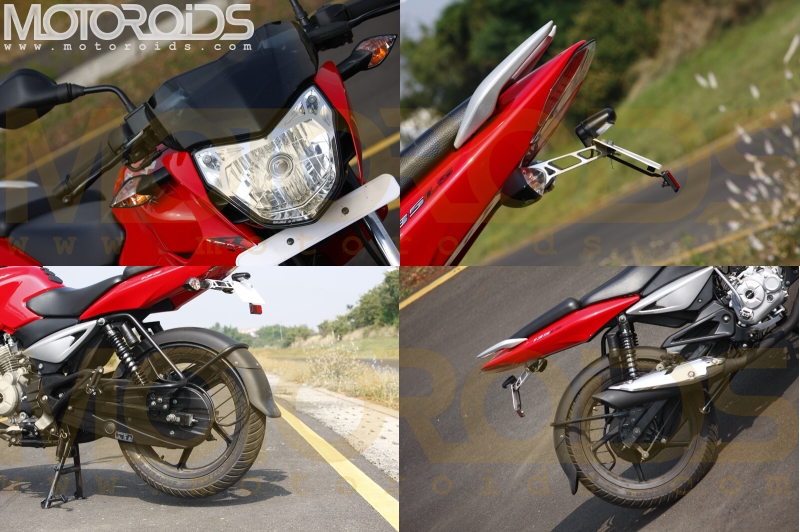