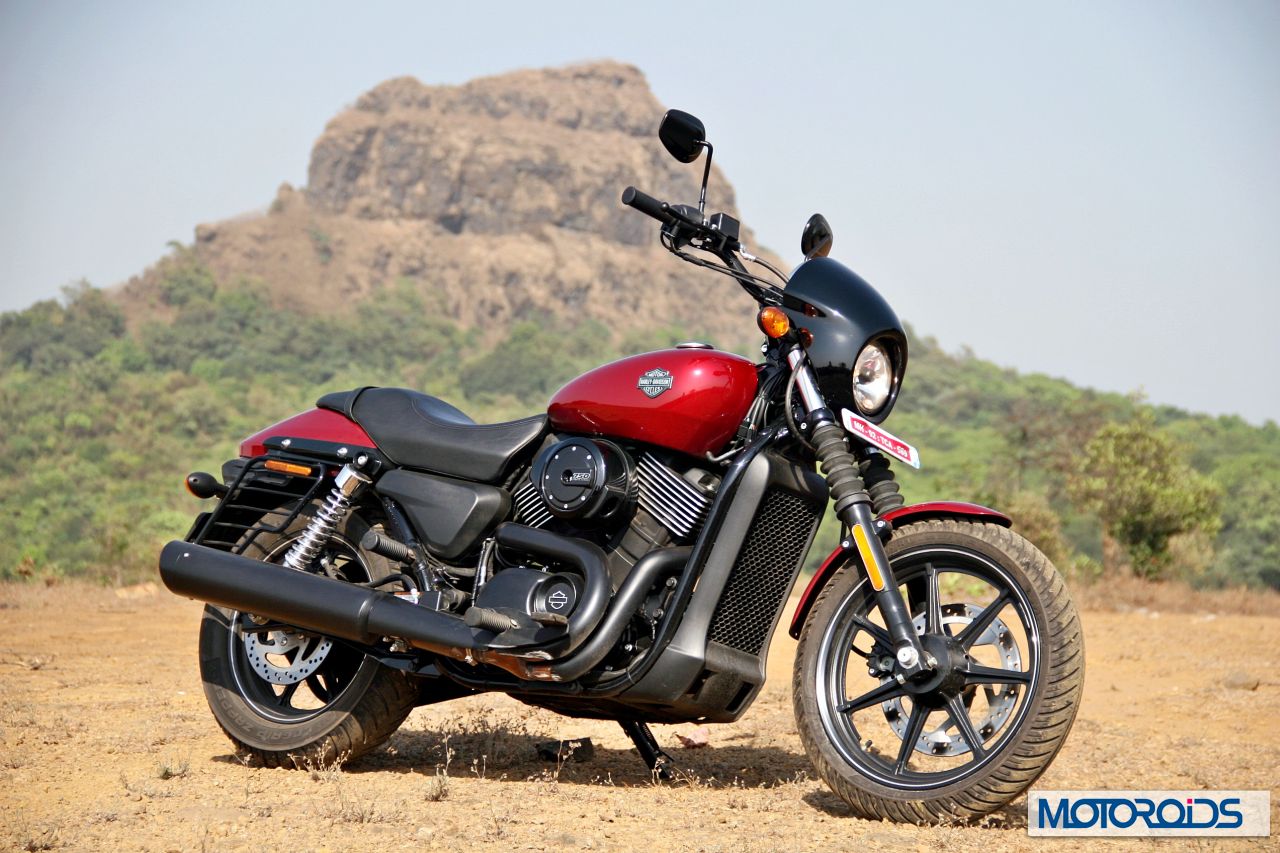 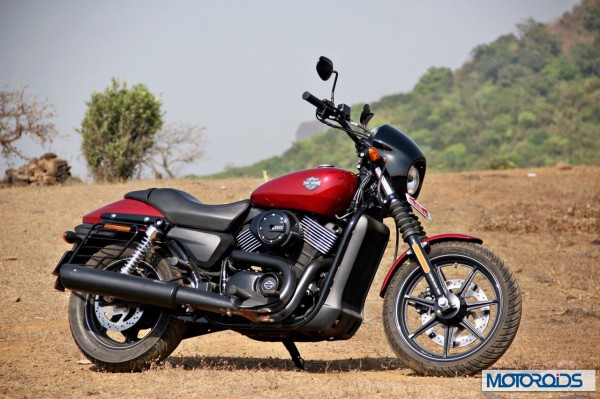 Harley Davidson India had already set the biker community abuzz when the news of a locally produced 750cc engine motorcycle broke. Ever since its foray into the Indian market back in 2009, the Wisconsin based bike maker has made immense progress and has taken a major step in market penetration with the Street 750. Priced at a mouthwatering 4.1L (ex-showroom Delhi) during the Auto Expo 2014, the overall package invited jaw dropping reactions from the audience. With the high build quality obsession of H-Ds, a 750cc based on a fresh platform at a shocking price was bound to raise the eyebrows. So how good is it really, and has H-D skimped on quality this time to match a price? We put the 750 through its paces along the Streets, where it’s intended to belong. 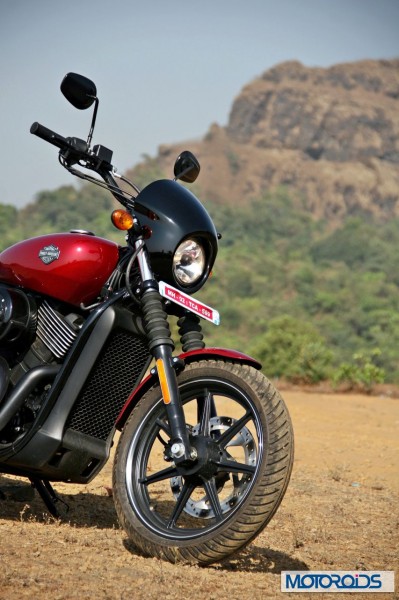 Harleys are known to be the American cruisers worldwide, and try hard as you might, you just cannot take that appeal even if you wish to design a bike for the urban streets. In true blue H-D fashion, the Street 750 is a looker with its timeless and typically Harley low rider cruiser stance. In flesh, the bike is surprisingly compact yet exudes the big bike feel once astride it. The Street 750 seems to draw its styling cues and lines from the Night Rod, and with the lack of liberal chrome treatment it affirms more so. 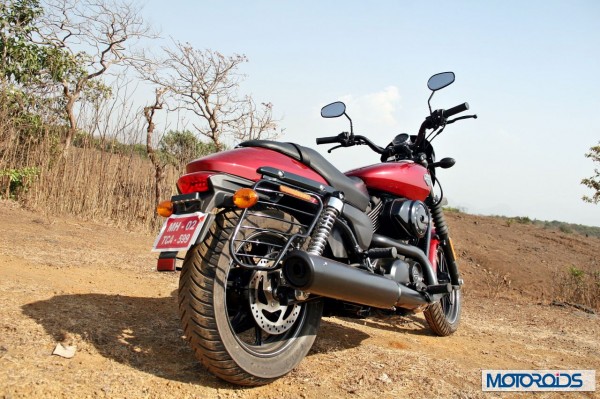 Minimalistic is the word to best describe the 750, right from the front mudguard, the single speedometer instrumentation to the rear fender. In our opinion, the 750 in “Fire Red” shade takes the desirability quotient to a next level, at the same time being stunning in the other two colour options (Vivid Black and Black Denim). While the rubber gaiters on the front shock-absorbers remain a matter of personal choice, we are unsure of the twin `saree guards` though. While the mirrors go well with the design, they score low on the usability factor, offering little visibility of the action at the back. The wide pulled back handlebars give the bike an urban-cruiser poise while also aiding its handling capabilities. 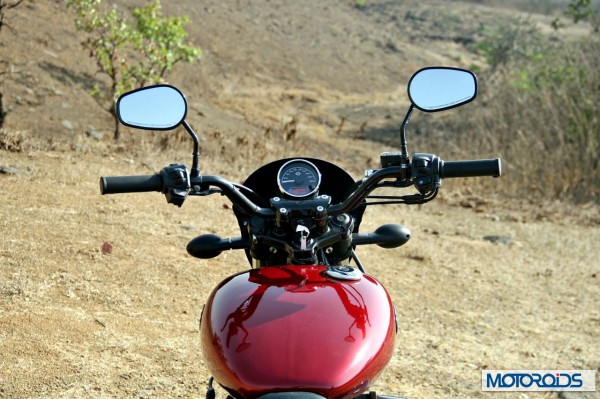 The tear drop effect gas tank has a flattish top and an offset gas tank cap. The speedometer is back lit with a red glow and the tiny LCD within can be cycled for Odometer and twin trip meters. The ignition switch is neatly tucked away out of the sight under the handle bar yoke. The 750 gets a smart looking set of 7 spoke alloy wheels with Machined Rim Highlights, which lend it the popular pin stripe effect. Sadly, the Street 750 comes with very basic cylindrical foot pegs/rests which look low rent and don’t match the premium positioning of the bike. 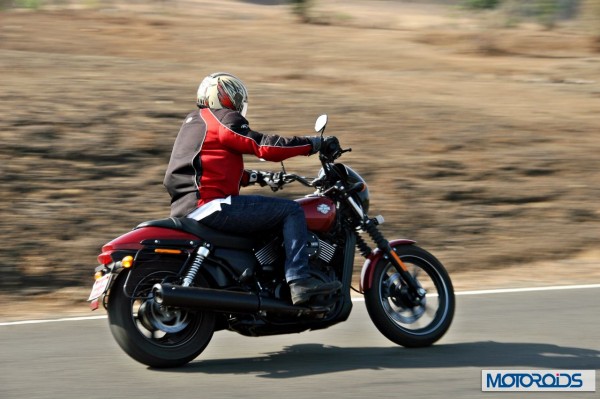 Next page for Engine and Performance>>> 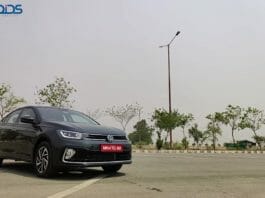 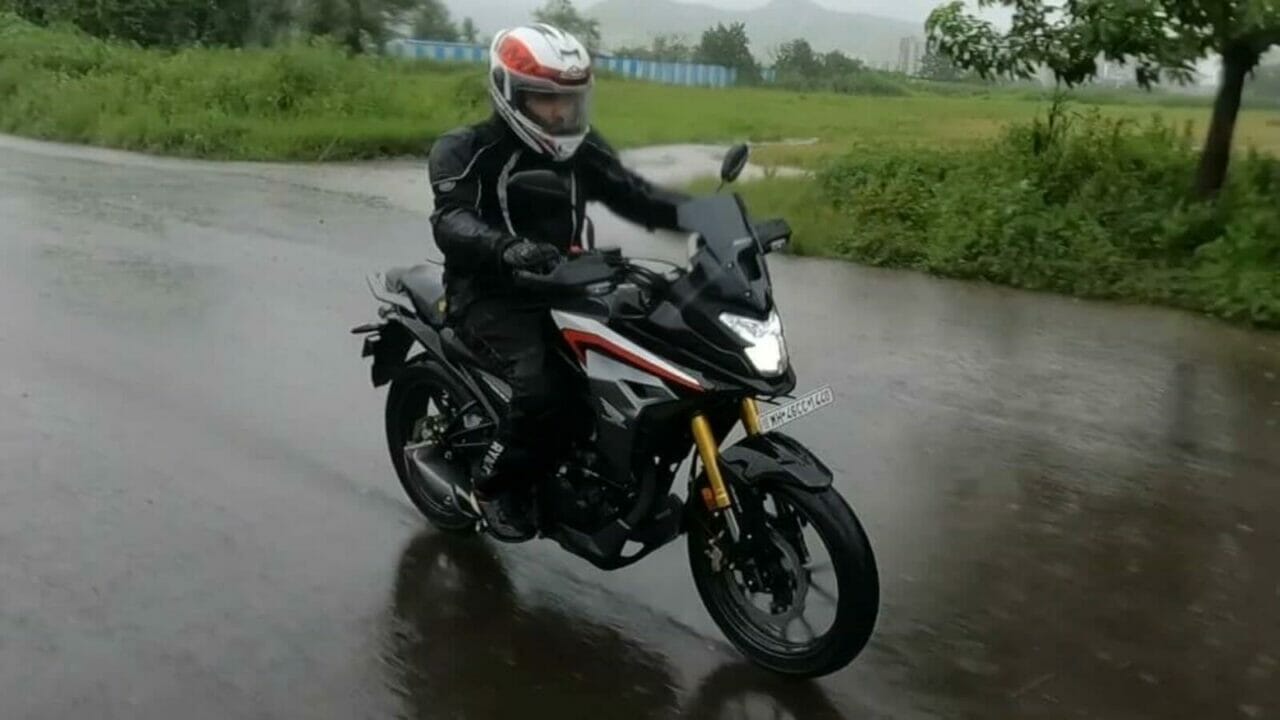 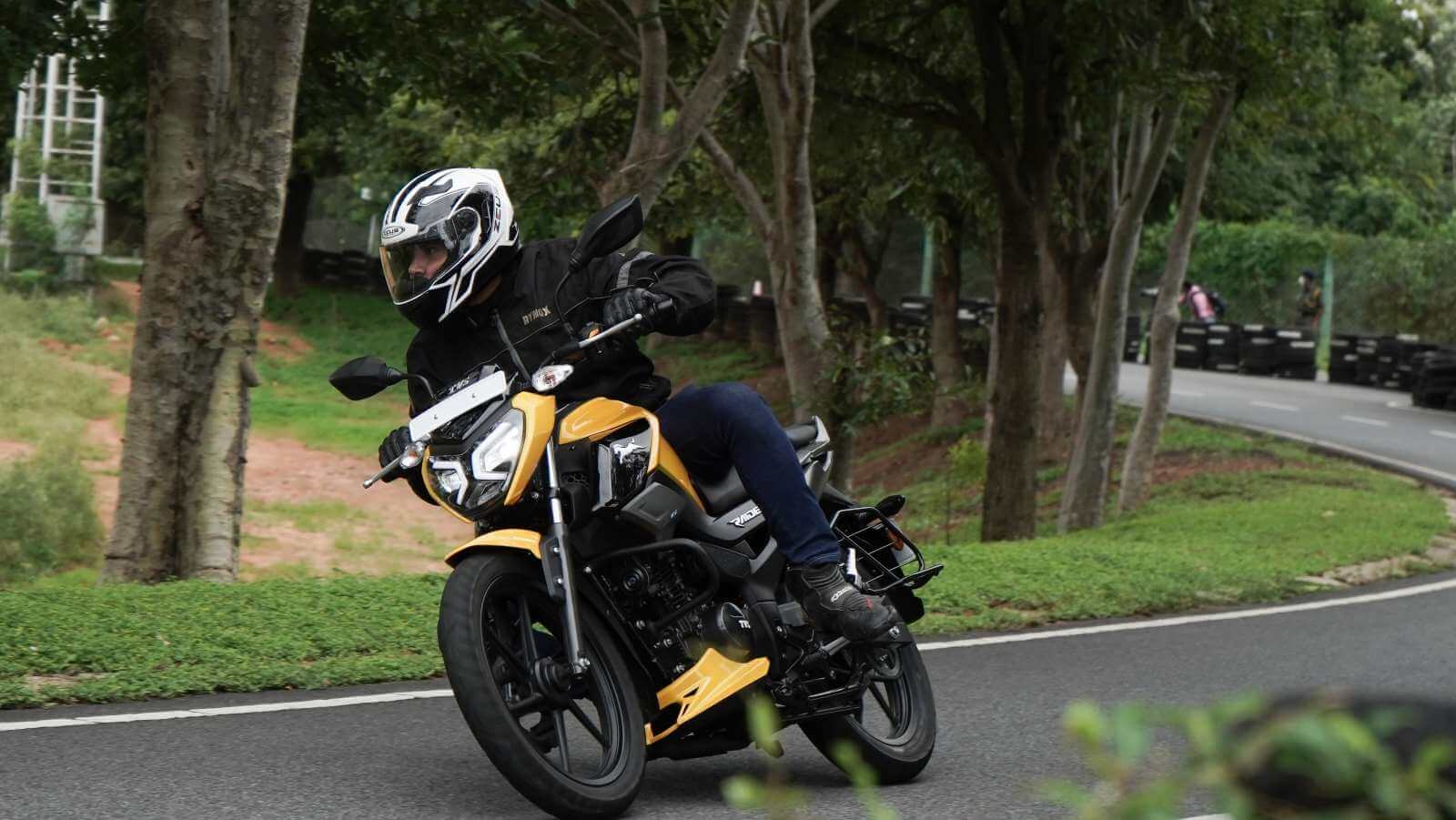