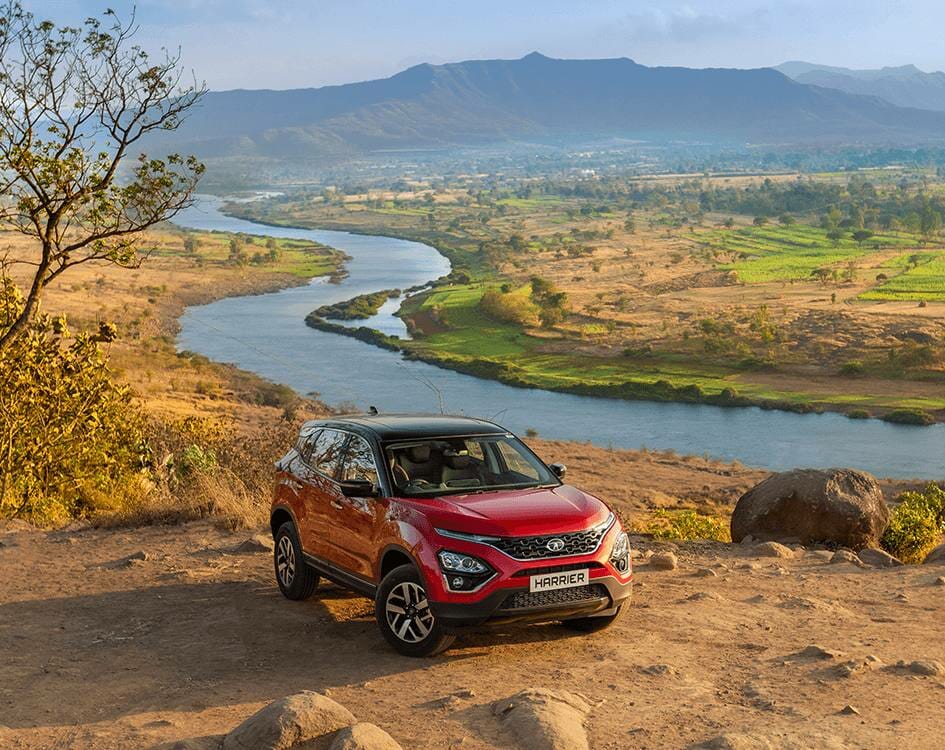 Tata scripted a success story with the Harrier by developing it on the genes of a Land Rover platform and making it look like it does. It struck the right chords with the SUV loving Indian masses but lacked a few things, including the option for an Automatic transmission and a sunroof. However, Tata has launched the BS6 compliant variant of the Harrier and have included some welcome additions like the panoramic sunroof and a more powerful engine which now offers a 6-speed automatic gearbox

When the Harrier was first introduced in the Indian market, Tata announced that they will offer an automatic gearbox with the BS6 version. Apart from that, some cosmetic changes have been made too. There are new dual-tone, diamond-cut alloys now on offer which look better than the previous design. Another noteworthy change includes new aerodynamic ORVMs which have reduced the blind spot created by the earlier units. Tata is now offering a new chrome package with the Harrier for the people who love that extra bling in their cars. The positioning of the Urea chamber has been changed too and is now placed in the trunk rather than beside the fuel filling lid to avoid confusion.

Also Read: Check Out The Cocoa Sparkle 2020 Tata Harrier And All Its Features In A Walk Around Video

The 2.0-litre diesel motor has been tweaked to deliver better performance and driveability and in the BS6 guise, it churns out 170 ps of power and 350 nm of torque. It makes more power than before and has made it one of the best option in its segment when we take overall performance into consideration. On its own, the engine is more refined than it was in the bs4-era, however, it still isn’t the most refined motor in its class. The extra power has enhanced driveability though.

When you step inside the cabin, the most prominent change you will notice is the addition of a panoramic sunroof which Tata claims, is the widest in its segment if not the longest. It’s operated by 3 buttons and is very intuitive to operate while featuring anti-pinch and rain-sensing closure. Apart from this, not much has changed. The infotainment screen is the same as before and has the same UI and features but now one can choose different themes for it, which wasn’t an option before. The positioning of the USB sockets wasn’t convenient before but Tata has made some changes there too and has included one more charging socket. The driver’s seat now is electronically adjustable which was manual before.

Apart from the mentioned changes, everything remains the same. Tata Harrier still comes out as a handsome proposition loaded with features. With the inclusion of automatic transmission and features like panoramic sunroof and electrically adjustable driver’s seat, the Tata Harrier is a better car now. With the segment it belongs to, constant evolution is necessary for survival and Tata has delivered in that regard. The prices of the Harrier start from 13.69 lakh ex-showroom and the top-spec variant is priced at 20.25 lakh ex-showroom.