The Porsche Cayenne, what can we say about this SUV? Not only was it the first SUV offered by Porsche, but it’s also the car that started this revolution of sports car makers building SUVs. It’s the car that boosted the sale number of the company, particularly in our nation where we love our big SUVs. Entering the third generation of production, today we see the launch of the Cayenne in India. The prices of the SUV start at a cool 1.19 Crore rupees, which could become high considering the amount of option Porsche offers with the SUV. 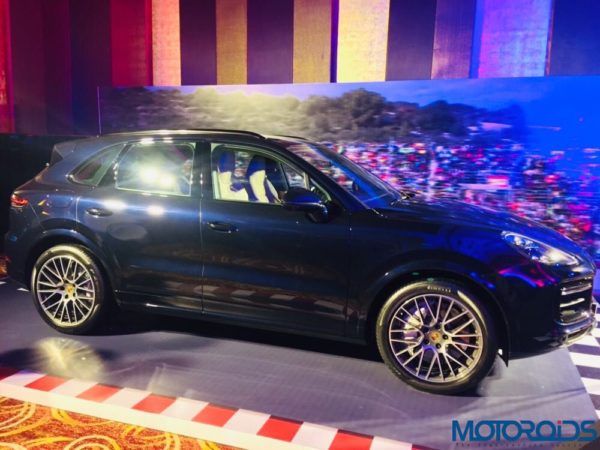 As standard, you get 19-inch alloy wheels while the top of the line Turbo variant comes with 21-inch wheels. The two variants that we will get, a Cayenne, a Cayenne E-Hybrid and a Cayenne Turbo; the normal Cayenne gets power from a 3-litre turbocharged V6 which generates 340 hp and 450 Nm of torque. The E-Hybrid uses the same engine with additional electric motors to produce 462 hp and 700 Nm of torque while the Turbo variant gets a massive 4-litre twin-turbocharged engine making 550 hp and 770 Nm of torque. With an additional Sport Chrono package, the numbers can be boosted by a huge margin, however, the E-Hybrid variant comes with the Sport Chrono package as standard.

On the inside, you get the best materials available which surround you giving you a sense of supreme luxury, the car gets a new 12.3-inch display which below which you will find the gear knob for the 8-speed automatic transmission. The SUV also gets an active rear spoiler which changes position as per the driving dynamics and even acts as an air brake. The car also comes with a 3-chamber air suspension which not only provides a great ride quality but can also be used to adjust the height of the vehicle when you decide to off-road. Other features include a massaging function, a heads-up display and even a remote park assist system. The SUV comes with an Ex-Showroom price of INR 1.19 CR, INR 1.58 CR and INR 1.92 CR for the Cayenne, Cayenne E-Hybrid and Cayenne Turbo. Do have a look at the image gallery of the car and write your thoughts in the comments below.