As we reported a few days ago, there are rumours of KTM launching the Duke 125 in the Indian market with an estimated launch date of the second half of November. Putting those rumours to rest are some dealers who have started accepting bookings of the same bike for a booking amount of INR 1000 only. However, it may be noted that some dealerships are still denying the bike will come to our market while some are not sure and some have started accepting bookings. While there is no information on the bike yet, we were told that the bike will be about INR 20,000 cheaper than its elder sibling, the Duke 200. 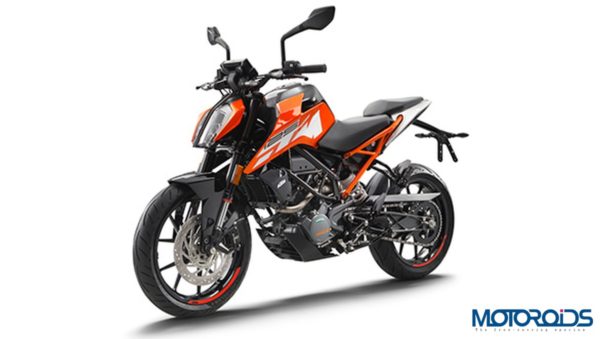 Aesthetically the Duke 125 looks pretty much like the Duke 390, even offers the colour TFT display seen on the bigger bike. The dealer we spoke to also confirmed that the bike will be fitted with a combined braking system which will be mandated by the government very soon. Powering this motorcycle is a 124.7 cc single cylinder motor that produces 15 bhp of power @ 9,500 rpm and 11.8 Nm of torque @ 8,000 rpm. The numbers are quite impressive and would make the Duke the most powerful bike in its segment. 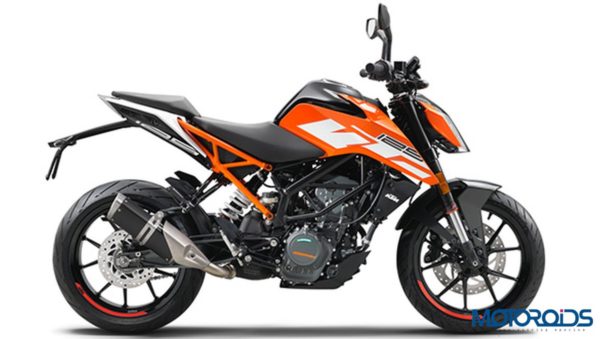 Also Read: Why Should Cars Have All the Fun? KTM Makes PowerWear Compatible with Alpinestars’ Tech-Air™ Street Airbag System

However, with an estimated price tag of INR 1.2 Lakhs, it would end up being quite a pricey 125 cc bike. Considering the mindset of the Indian audience and other 125 cc products which are priced much less than a Lakh only time will tell if the bike will be appreciated by the Indian audience. That was the primary reason the Austrian manufacturer had not launched the Duke 125 in India yet, even though it’s produced locally at Bajaj’s plant in Chakan. What are your thoughts on the pricey Duke 125, would you book one? Let us know in the comments below.