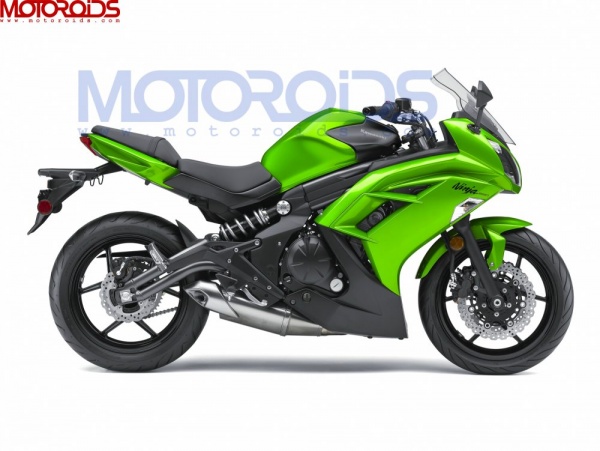 Every serious Indian biker, who has been waiting for a Japanese sportsbike to be lauched in the country, would rejoice on hearing this! The long awaited Kawasaki Ninja 650R has ben re-launched by Bajaj Auto for INR 4,99,835 (ex showroom, Delhi) !! Deliveries of the bike start from next month and the Indian manufacturer’s Probiking dealerships will begine accepting the bookings for the bike starting next week. It may be noted that the sale of the Ninja 650R, which Bajaj Auto had launched earlier, stood terminated for almost a year before Bajaj has decided to resume it now. The launch of the Ninja 650R, which has now come to us in its latest guise, was to take place on 20th July but was postponed owing to a few technical issues.

The 2012 Ninja 650R, that comes to us, sports a revised front end and updated tail section. Powering the 2012 Ninja 650R is the same 649cc, 72 BHP parallel twin but with minor tweaks for better response in low and mid range. The 2012 model of the 650R also sports an all new twin-spar perimeter frame that should make the bike one step ahead of previous version in terms of handling prowess. The bike now comes with an ECO mode that should result into a better fuel efficiency.

Unlike what we had expected, the upgraded Ninja 650R comes with a more wallet friendly price tag than the previos version.