Italo-Argentinian sportscar manufacturer, Pagani, recently unveiled the new Huayra Roadster BC, a sophisticated hypercar limited to only 40 units. Pagani specially made this car to pay tribute to all the years of scientific research, beauty and uniqueness, that made this company one of the best super/hypercar manufacturers in the world. This new Huayra Roadster BC is named after Benny Caiola, the Ferrari collector who became Pagani’s first customer. Apart from that, exceeding the customer’s expectation is also one of the reasons why Pagani has gone ahead and made an emotional and elegant machine that weighs just 1,250 kgs and is powered by an all-new AMG-sourced 800+ HP V12 engine. The Pagani Huayra Roadster BC is priced at 3,085,000 Euros (INR 23.91 Crore) 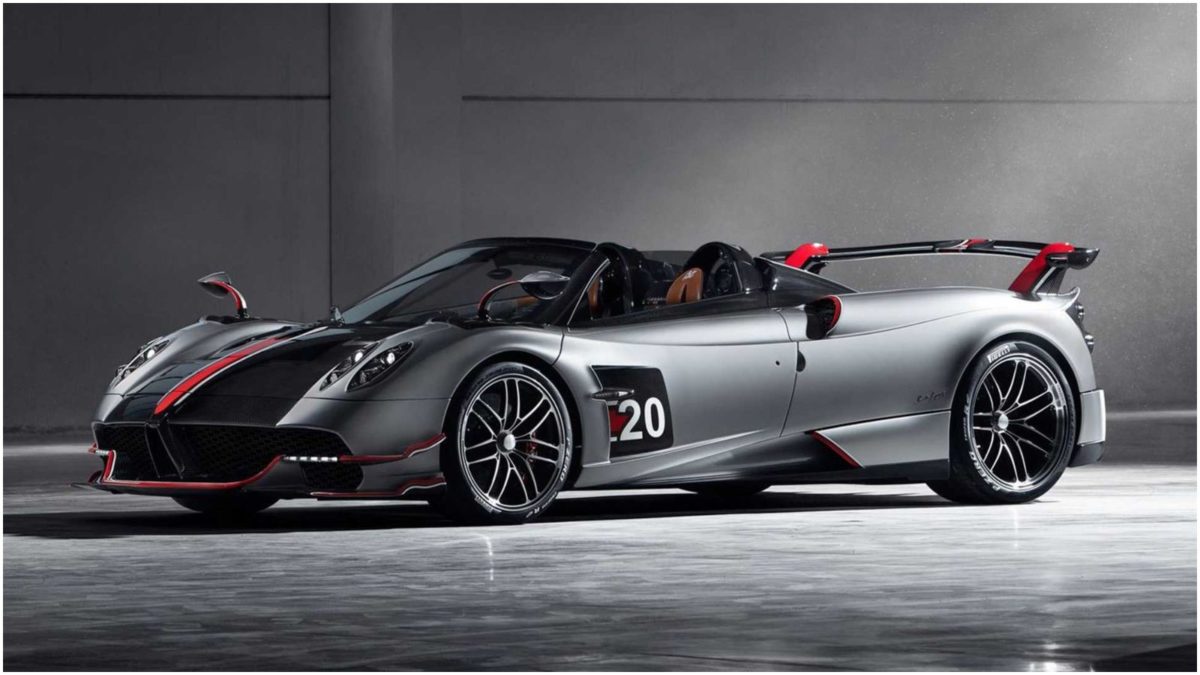 Talking about aerodynamics, the Pagani Huayra Roadster BC was specifically designed to generate downforce of about 500 kgs at 280 km/h, while maintaining a ground clearance that will allow the passengers to enjoy driving, whether it’s on public roads or racetracks. To achieve this incredible feat, the team focused on finding the right balance between the car’s internal air-flow system and the external sleek silhouette under all driving conditions. This meant that the front air intake was specially developed for heat exchange, to cool off Pagani’s mighty new V12 engine and at the same time generate an effective downforce, as the rear completes the air extraction process and keeps the vehicle’s pressure centre constant. The rear wing also plays an important role in managing the car’s balance at average road speeds. 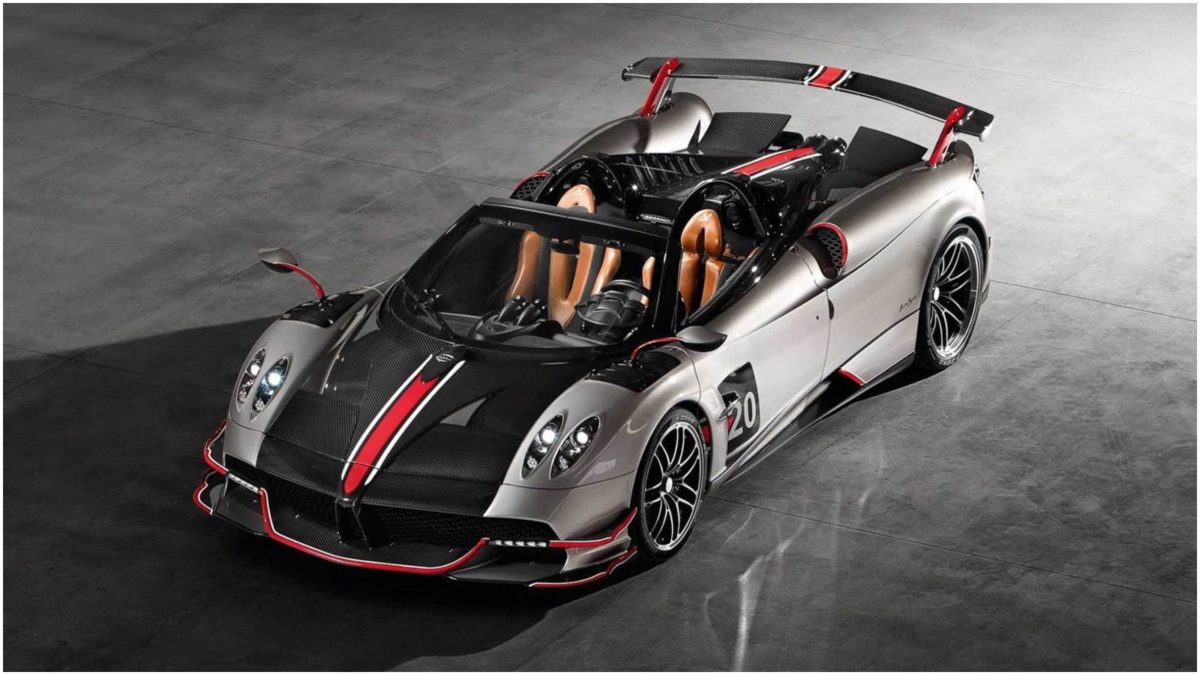 In terms of chassis, the Roadster BC features new and exclusive composite technologies based on carbon fibre and carbon-titanium that offer an increase of 12% in torsional rigidity and about 20% in flexional rigidity when compared to the rest of the cars in Pagani’s lineup. This all-new carbon-fibre based chassis helps the car weigh just 1,250 kgs. The car also comes fitted with Pirelli’s PZero Trofeo R tyres, which are tailor-made for the Roadster BC. The lightweight, manual finish 14-spoke rims are developed together with APP and are made of forged Avional alloy. The Roadster BC is also fitted with a set of Brembo’s carbon-ceramic system measuring 398x36mm at the front with a 6-piston one-piece calliper brake and 380x34mm at the rear with a 4-piston one-piece calliper. 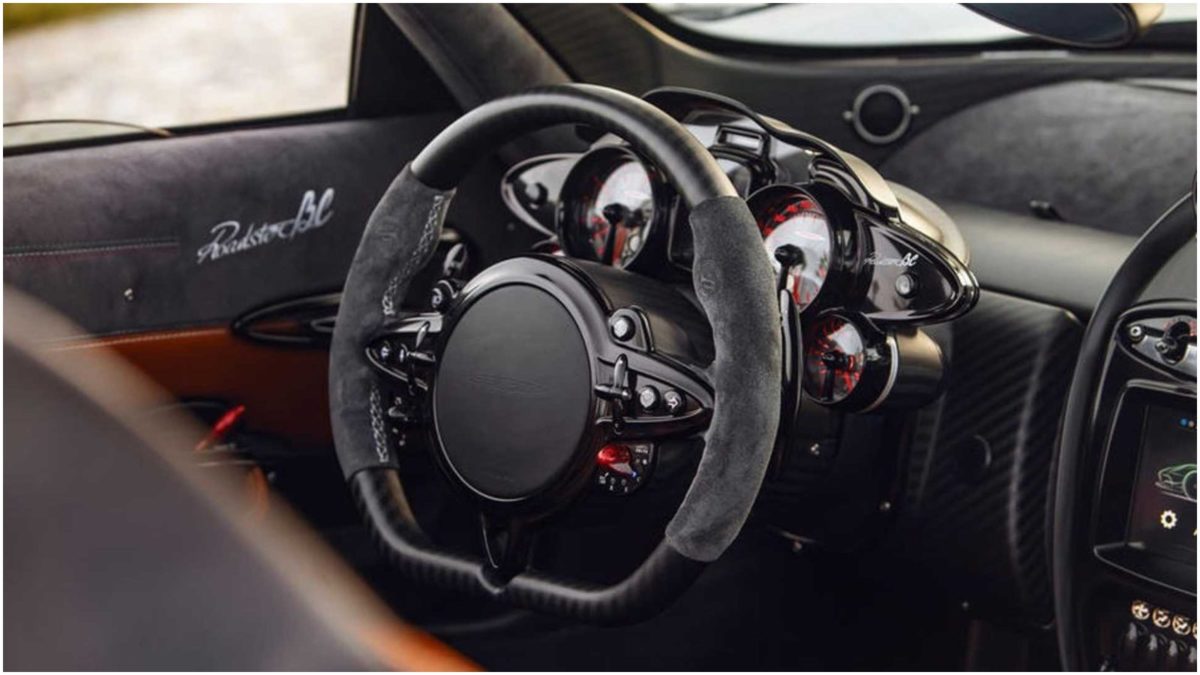 The Huayra Roadster BC gets a completely new V12 engine that is capable of producing around 800 HP and 1,050 Nm of peak torque at 2,000 rpm. This all-new V12 engine gives the car one of the best weight-power ratios in the category. This new engine features a set of innovations that include two new turbos, a revolutionary hydroformed manifold, twin throttle bodies and four water-air intercoolers. All of this is supported by a sophisticated electronic system designed by Bosch for making the maximum use of the new V12’s potential. All this power is passed on to the wheels using a 7-speed sequential gearbox, which uses a triple-disc clutch system. Also, this new transmission is almost 35% lighter than a traditional dual-clutch transmission. 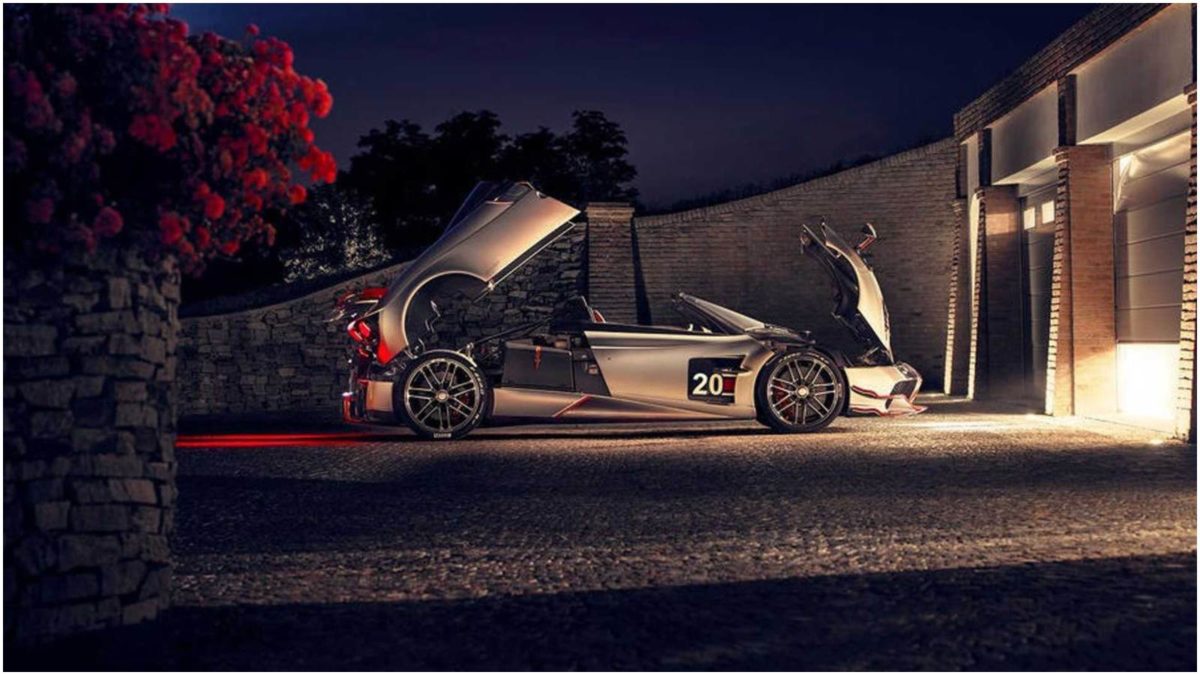 Talkin about the interior, stepping into the Roadster BC is a unique experience that combines elements that pay tribute to the past legends of motorsports and Gran Turismo with present and future-ready features. The elegant design is carried on by using materials like carbo-wood and finely embossed leather, as well as by mechanisms such as the racing style, four-point seatbelt and sophisticated accessories like the nine-channel audio system. The Pagani Huayra Roadster BC is priced at 3,085,000 Euros and will be limited to only 40 units.

Pagani
,
Pagani Huayra
,
Popular Stories
This Digital Render Of Tata Motors’ Premium Sedan Is Full Of Sharp Imagina...
Hyundai Creta 7-Seater Version: What Could It Be Like?...
Five Most Affordable Automatic Hatchbacks in India...
All The Cars You Can Buy With A Factory-Fitted CNG Kit...
Royal Enfield Bullet 350 BS6 Launched...