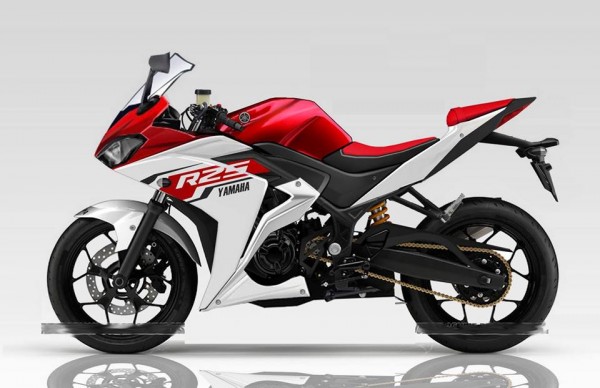 We don’t thing any bike aficionado out there requires to be reminded that the Yamaha YZF R25 release date will fall on May 20th. While Yamaha is yet to release the official images and details of the bike, several sightings of the Yamaha R25 test mules in Indonesia have already revealed a lot of the upcoming bike. Today, we have a couple of renderings of the upcoming YZF R25. While one of these renders (the one in the lead image) is of the production spec model, the other one is a speculative render of the R25 with R15’s tail end (bottom of the story).

As is a well known fact, the upcoming YZF R25 will be positioned between the Yamaha YZF R15 V2.0 and the YZF R6 in the Japanese bike giant’s product portfolio. In India, the R25 is likely to lock horns with the Kawasaki Ninja 300. It is expected that YZF R25 launch in India will happen around the advent of next year, which means that the bike is still sometime away from us. The Indonesia launch of the R25 is expected to happen in a few months of time.

As revealed by the previous batch of spy images, the bike’s engine will have its redline set at 14000 rpm. Powering the bike would be a parallel twin, 250cc engine with a max power of around 35bhp. It is expected that the bike will have a light kerb weight, which combined with the high power output would bestow the motorcycle with class leading power to weight ratio. 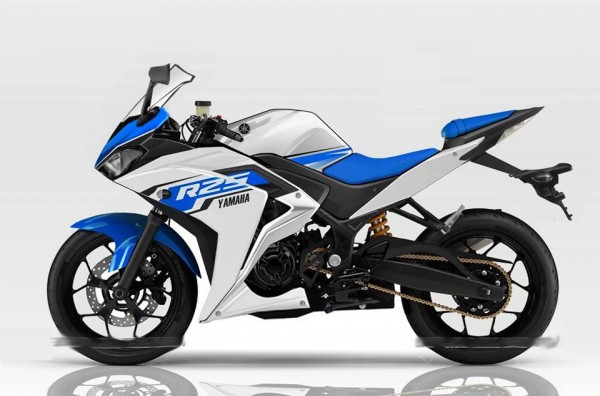