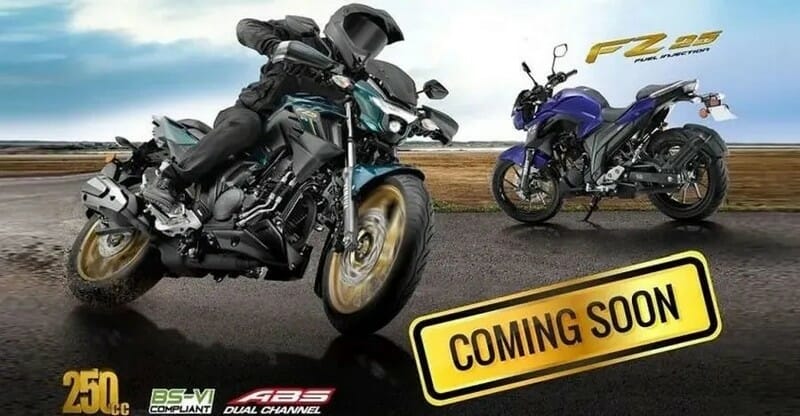 Going by the teaser images published online, the BS6 FZS-25 and FZ25 will receive some cosmetic upgrades. The most prominently visible being the headlight which seems to benefit from a projector unit for the LEDs. The BS4 version of this naked roadster looked a bit bland as compared to the competition but the new look will definitely make Yamaha’s case stronger.

Yamaha will most likely retain the same 249-cc, single-cylinder, fuel-injected, oil-cooled engine that generates 20.4 Bhp and 20 Nm of peak torque. We can expect some minor tweaks to the engine in order to make it meet the more stringent BS6 norms which might result in changed performance figures. They haven’t revealed any concrete information regarding the changes but we won’t be surprised if the FZS-25 and FZ25 gain some weight in the process. Yamaha first launched this quarter-litre offering a few years back and managed to impress motorcyclists with its rider-friendly nature and torquey engine. It turned out to be a good companion for the urban brawls and occasional highway runs. Now it would be interesting to see what they will change in the BS6 iteration.

The images also suggest the visual differences between FZS-25 and FZ25 with the former coming out as a sportier option. The FZ-S 25 gets a knuckle guard that is not seen on the regular FZ 25 and the colour of the alloy wheel is also different on both the motorcycles. Once launched, the Yamaha FZS-25 and FZ25 will lock horns with the likes of KTM Duke 250, Gixxer 250 and recently launched Bajaj Dominar 250. It will most probably receive a bump in price as well.