Home News Do these CAD drawings belong to Yamaha R25?

The Indian performance bike segment is fast heating up. Gone are the days when the Karizmas and the Pulsars ruled the roost. Instead, the erstwhile flagships play second fiddle to bigger and more powerful bikes that have filtered into our bike market from the international biking scene.

The Yamaha R15 has been the most expensive and tech laden bike from the Indian subsidiary of the Japanese bike maker giant. The R15 can easily be credited with bringing in a world of change to the way Indian bike buying lot looks at performance bikes.

Thanks to a great handling package and a 150cc engine that can shock some of the 225cc motors out there, our performance bike scene is no longer focussed only on to the engine displacement and 0-100kmph figures. Instead, the R15 has taught many of us a thing or two about track riding.

However, the performance game has moved on and gone are the days when the R15 used to be the most advanced (and priciest) Indian bike one could have hoped to own.

The CBR250R and the Ninja 250R have been instrumental in paving the way for Indian bike industry and we also saw the introduction of the Hyosung GT250R a few months back. While the GT250R will impress the bike aficionados more for its pose value than for anything else, it surely has the big bike feel and is a step in the right direction.

The segment is all set to get even hotter with the advent of the KTM390 Duke, the Bajaj Pulsar 375 and the CBR400 in near future. It is surely high time for Yamaha Motors India to pull up their socks and come up with a ‘bigger-than-R15’ bike to continue enjoying the status of being ‘the’ performance bike manufacturer in India.

Rumours have been abounding that Yamaha is secretly readying a 250cc contender for Indian bike market and it is speculated that the bike will be christened as the Yamaha R25. The Yamaha R25 is expected to debut in 2014 and the new bike could be yet another high point of our performance bike market. 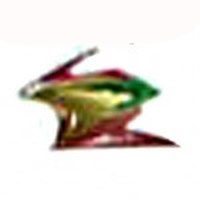 Seen here are a couple of CAD images that MIGHT be of the rumoured R25. The images reveal that the bike has a tubular chassis. It may be noted that the R125 and the R15 feature a perimeter frame design.

Both the Kawasaki Ninja 250R and the Honda CBR250R come with tubular frames but it isn’t for certain if Yamaha has decided to dump the Deltabox and will instead follow its rivals. 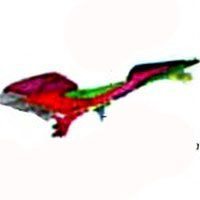 In spite of the fact that we aren’t too sure if these CAD drawings are actually of the upcoming Yamaha R25, we are hoping to see Yamaha’s 250cc baby sometime next year.