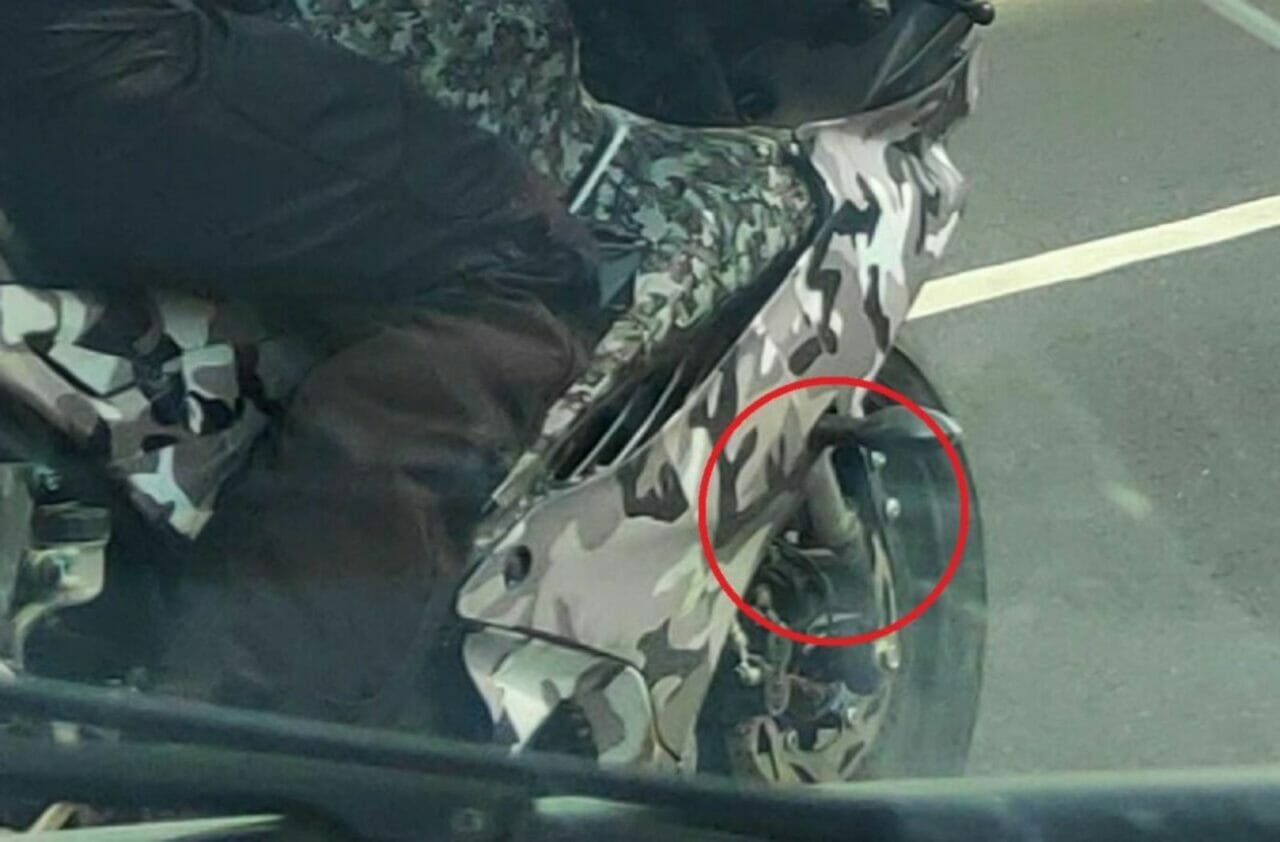 We recently reported that Yamaha is currently testing the R15 v4 in India and it was spied recently. The test mules were draped under heavy camouflage, revealing only some key details about the upcoming supersport machine. The next iteration of the acclaimed R15 is going to derive its aesthetic bits from the recently launched R7. Upon close inspection of the spy video, we have now figured out something really interesting about the R15 v4 that we are going to get in India. The R15 v4 will most likely come equipped with USD forks up front, something which we have been longing for since time immemorial!

It is worth noting here that the current iteration of the R15 also comes with USD forks in other markets but to keep the costs in check, Yamaha India has opted for conventional telescopic forks in the R15 v3. 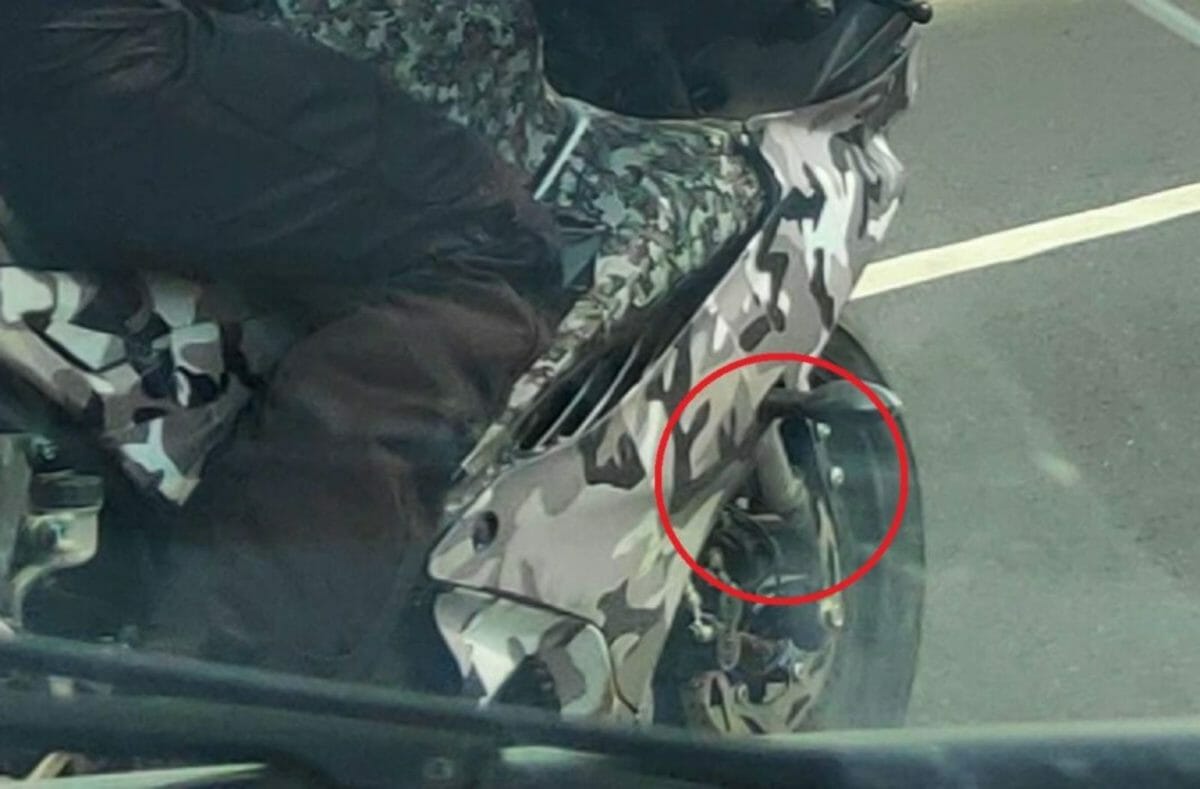 However, that could change with the next iteration of the track tool as is evident from the spied test mules. The R15, even in its current avatar with telescopic forks is already considered to be the most potent machine in its class when it comes to handling. The inclusion of USD forks will only make the package even better that it already is! Yamaha could also introduce two variants of the R15 v4 in India: one with telescopic forks and with USD forks but only time will tell. Now that it is pretty much confirmed that the R15 v4 will be getting USD forks, Yamaha could also update its naked counterpart – the MT-15. 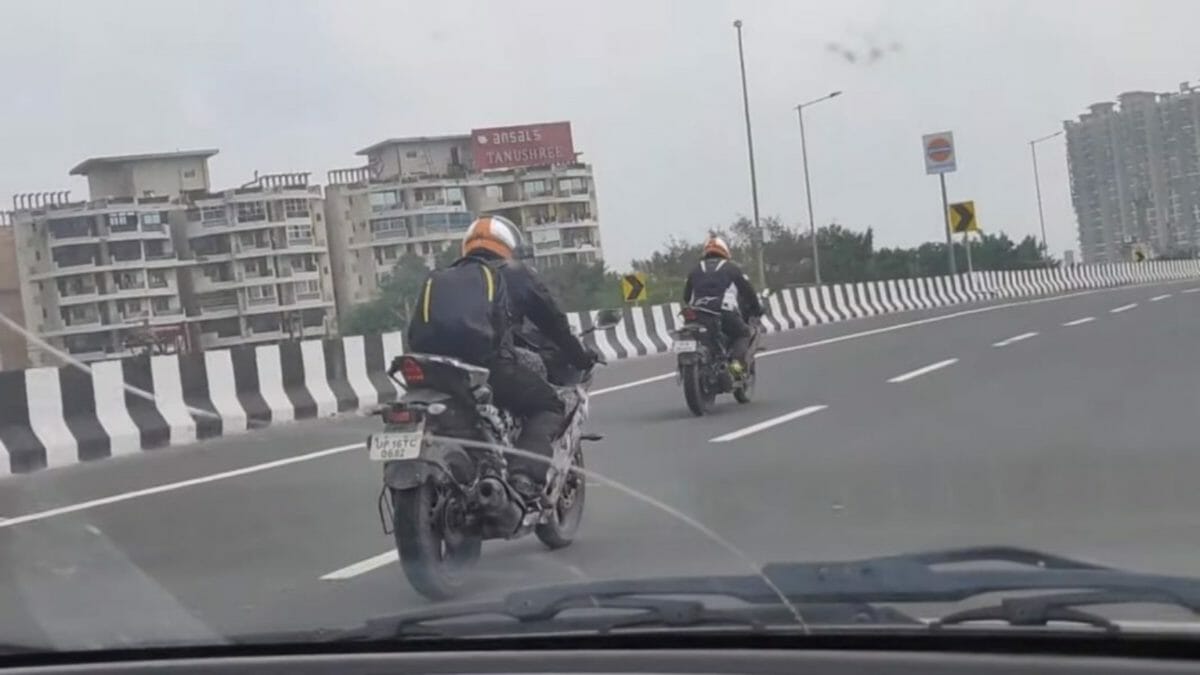 As is evident from the spy video, Yamaha hasn’t tinkered around with the rear end’s styling a lot. The LED taillamp unit looks the same but Yamaha could rework the rear cowl to mark the difference between the R15 v3 and v4. The blacked-out exhaust unit also looks slightly redesigned. However, we also get a sneak peek at the front end of the motorcycle and voila! It does look a lot different than the current iteration. Although the footage isn’t very clear but it is clear enough to make out that Yamaha has heavily reworked the front end of the motorcycle. While the R15 v3 makes do with split-style LED headlamps, the prototype spied here makes do with a single projector-type LED headlamps which is reminiscent of the recently launched R7. The current iteration of the R15 still manages to turn heads and it is bound to escalate further with the next generation of the R15. 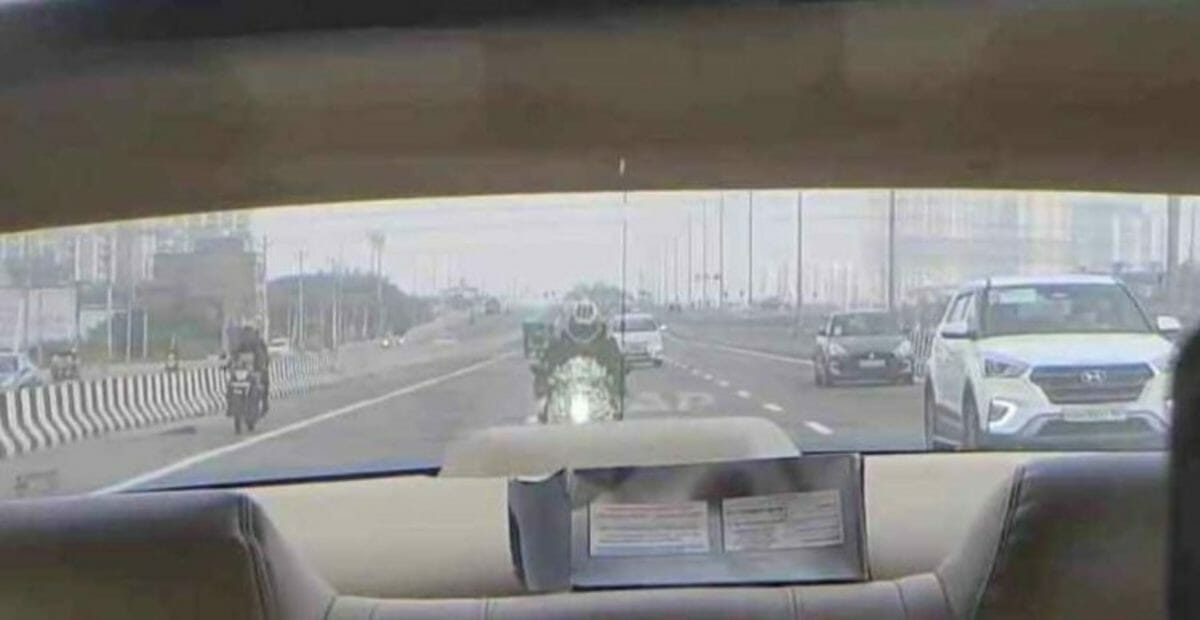 The current iteration of the R15 misses out on Bluetooth connectivity. When Yamaha launched the FZ-X in India, the Japanese bikemaker promised that it is going to update all its offerings with Bluetooth connectivity so it is only logical to assume that their most popular motorcycle in the Indian sub-continent will also get an updated instrument console with Bluetooth connectivity in its latest iteration. We cannot expect Yamaha to tone down its aggressiveness in terms of ergonomics because ever since its inception, the R15 has been a great track tool and the Japanese bikemaker wouldn’t want to hamper that image.

The new-gen R15 will continue to be powered by the same 155cc single-cylinder, liquid-cooled engine which is paired with a six-speed gearbox with a slipper and assist clutch as standard. This powertrain in its present state returns an output of 18.5bhp and 14.1 Nm of peak torque. How cool would it be if Yamaha manages to extract a few more ponies from this potent powertrain!