Valentino Rossi thinks that the performance of his MotoGP YZR-M1 engine is at par with the Ducatis now. The Ducatis have been having a massive advantage over their Japanese rivals in terms of straight line performance ever since the 800cc bikes were introduced in 2007.

While the previous season was a bit of a struggle for Yamaha, this year the Rossi-Lorezo duo of the Japanese firm have managed to win six out of ten races. Rossi says that the Yamaha team has become very strong this season. The key reason for that, according to Rossi was largely down to Yamaha making big improvements to the power delivery and acceleration of this year’s YZR-M1.

The eight-times world champion told UK based MCN “We have improved the engine a lot but we have really made big progress with improving the acceleration. It looks like the Ducati might still be a little bit faster, but we are more or less on the same level. Last year was different, and especially two years ago it was a lot different.” 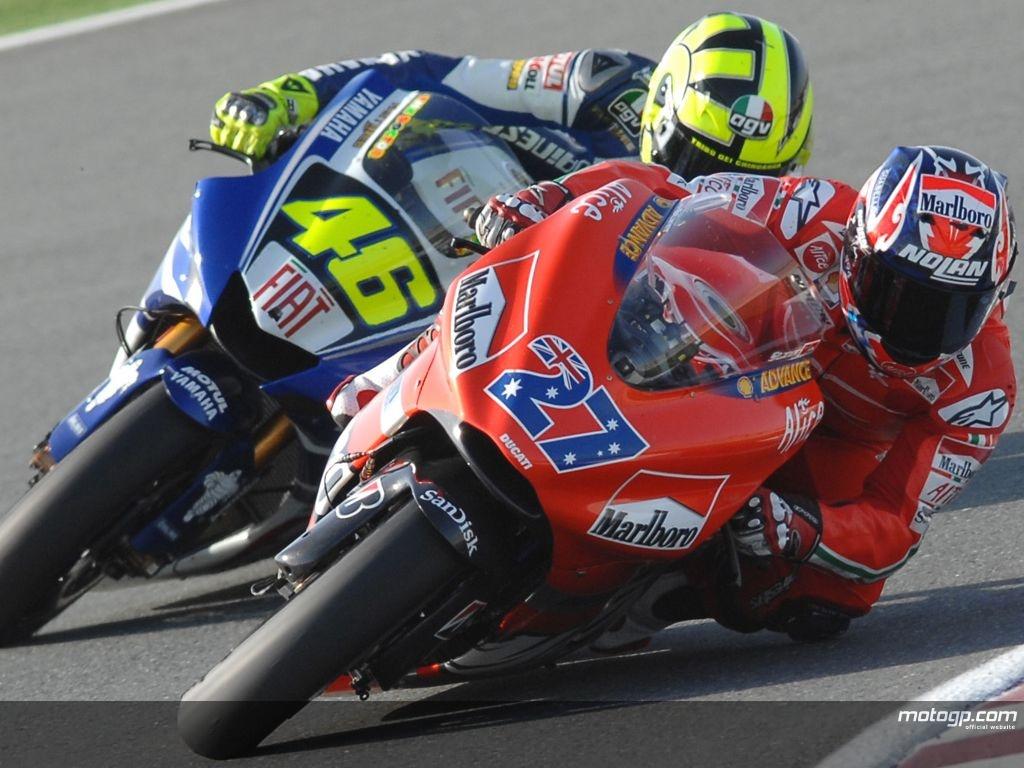