Staying connected is more of a need than just a want these days. Everything that was technologically dumb before, is now being given a microchip makeover. Our clothes included! So how can our vehicles stay behind. Where cars have already made a huge leap, our two-wheelers have started catching up. After the TVS Ntorq first came out with an all-digital display which lets you pair it with your phone via bluetooth, Yamaha India is said to be working on Bluetooth-enabled instrument clusters for its FZ and YZF-R range of motorcycles. 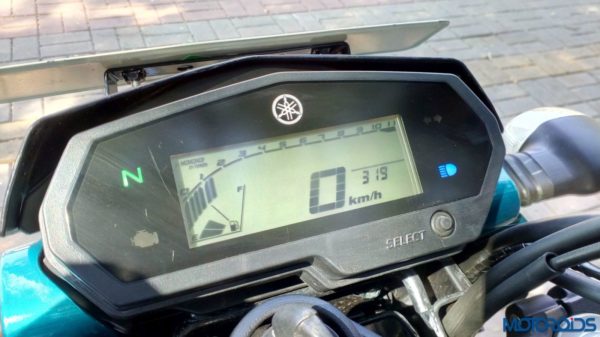 The upcoming FZ series upgrade could be the first in line to feature the addition, while facelifts and new models which follow, will carry a similar instrument console too. A lot of new two-wheeler buyers are a part of the tech-friendly, always connected generation and realising this, Yamaha India wants to be among those who address their needs. The bluetooth-enabled instrument console will also work in-sync with an app which will relay a lot of riding related information to the owner, in addition to navigation, etc. 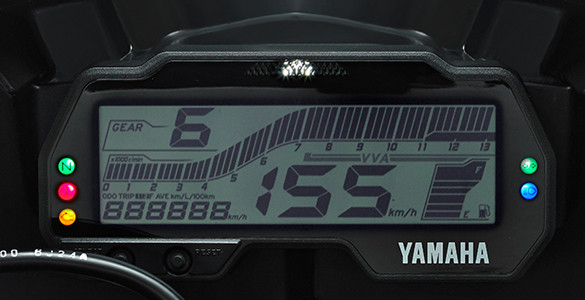 The Yamaha FZ-FI has already been spotted testing its upgrades on public roads and is due for launch early next year. It is rumoured to carry changes in the form of slight tweaks to the design, a minor bump in power, better brakes,a single saddle, instead of the earlier split design, and perhaps LED illumination too. Yamaha India’s new boss had also recently mentioned about the bike maker’s plan to shift focus towards, premium, performance-oriented motorcycling, and allow their scooters to handle the commuter end of things. Among other things, he also mentioned that he’d like to see a modern take on the RX-100 to become a part of Yamaha’s future portfolio for India. The company is investing heavily in local R&D too, and the results will show in the coming years.