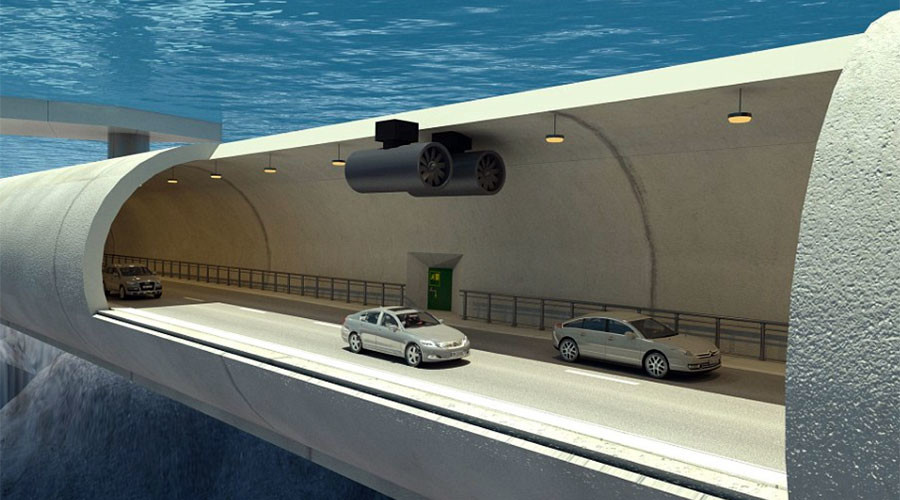 Underwater tunnels are common-fare in today’s age, but a floating one? Now that’s a first. Cue to Norway, with a beautiful coastline riddled with more than a thousand fjords. However, these deep, and watery trenches also mean that getting from one place to another by road requires lengthy journeys. Norway’s Public Roads Administration (NPRA) has a solution; an ambitious one at that. The idea is to build the world’s first floating submerged tunnel system about 30 meters (100ft) underwater. 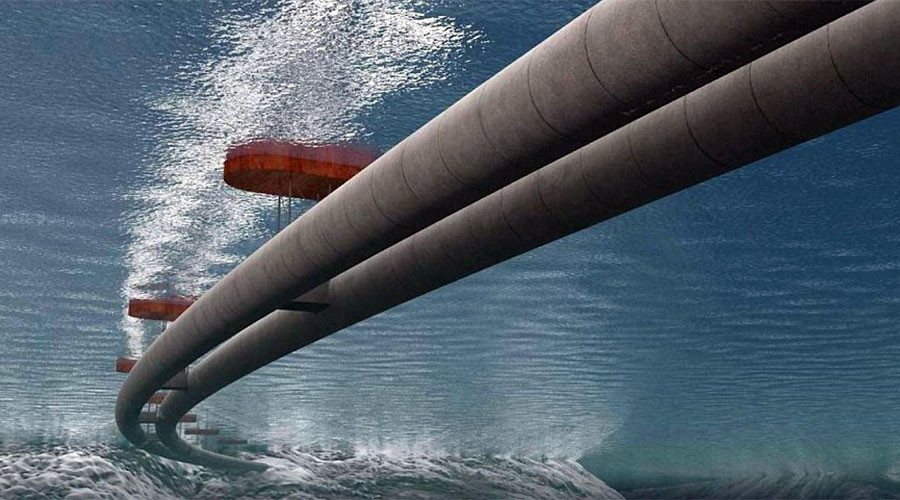 Upon completion in 2035, the $25 billion project will allow vehicles to travel under the Norwegian Sea avoiding a 21-hour drive along the coastline. As most of these fjords are deep, with the largest plunging into the depths of a mile, constructing a traditional bridge over them is out of the question. That’s where the idea of the floating underwater tunnel comes to the rescue. Currently, one has to negotiate seven ferry crossings from Kristiansand, a southern city, to reach Trondheim in the north. The tunnel intends to shorten the trip to just over 10 hours. 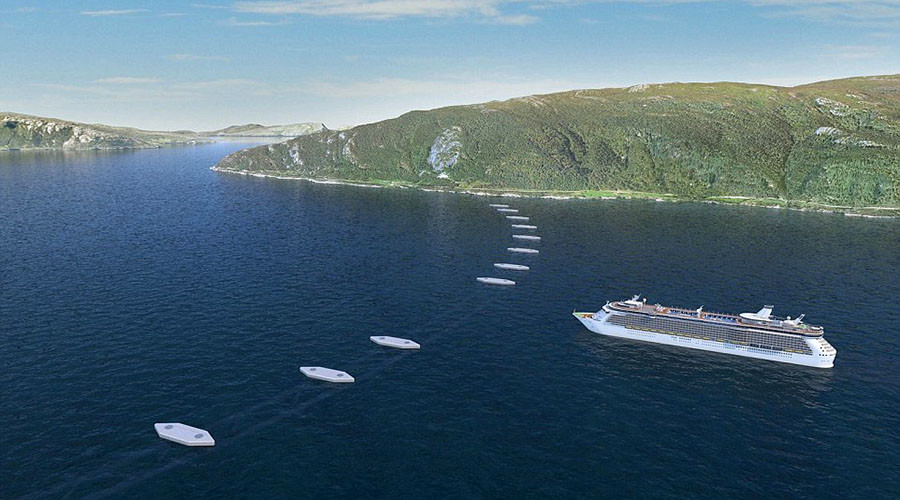 The first-of-its kind structure will comprise of two 1,200 meter long, curved concrete tubes, floating up to 30 meters (100ft) below the surface. These tubes will be supported by pontoons on the surface and kept stable with connecting trusses. For extra stability, the construction might be bolted to the bedrock as well, while on the surface, there would be wide gaps between the pontoons to allow ferries, and even cruise ships to pass through. The first floating underwater tunnel will connect Oppedal and Lavik, passing through the 1,300 meter deep, 1,000 meter wide Sognefjord.